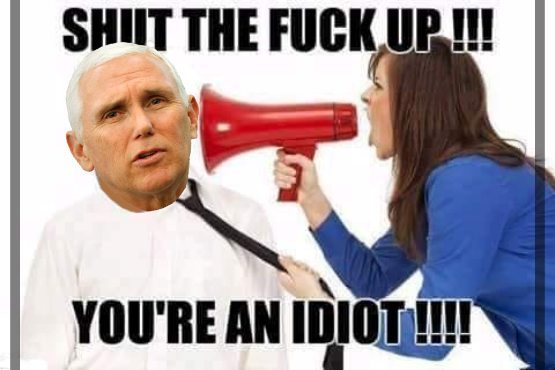 ‘Stop lying to our faces!’ Mike Pence flayed for saying Trump never ‘belittled’ COVID-19 threat
Vice President Mike Pence on Wednesday defended President Donald Trump’s handling of the COVID-19 pandemic by falsely claiming that the president had never sought to belittle the threat the virus posed.
“I don’t believe the president has ever belittled the threat of the coronavirus,” Pence said.
A massive trail of evidence shows otherwise, however.


I’m no epidemiologist, but I’m going to theorize that lives can be saved if a President doesn’t spend the first weeks of a pandemic golfing. - Andy Borowitz 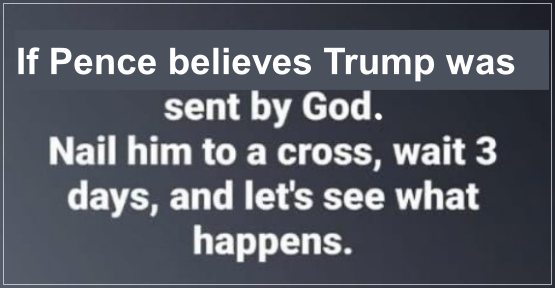 The President is a sociopath. He has no feeling about people suffering or dying. He uses these ridiculous press briefings as a campaign tool, managing the death toll like poll numbers. Trying to convince US that 200,000 deaths is a victory. Monstrous. - Rob Reiner 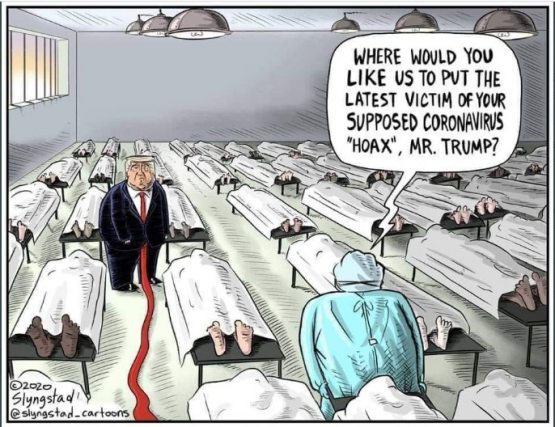 Trump Won't Reopen Obamacare During Pandemic. How Trumpian.
The Trump administration has decided against reopening Obamacare enrollment to uninsured Americans during the coronavirus pandemic, defying calls from health insurers and Democrats to create a special sign-up window amid the health crisis.


Donald Trump loves America so much that if he was married to America he would only leave it for a younger, hotter America. - John Fugelsang 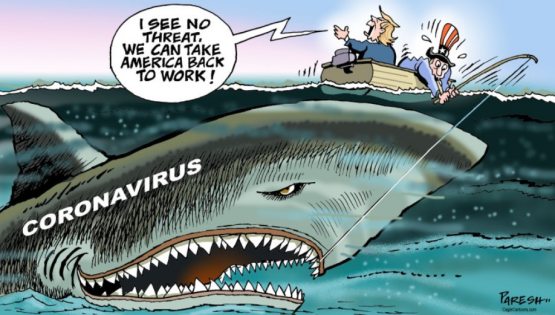 Apparently you can get rapid testing if you have an underlying wealth condition. - Irishrygirl Anyone Taking Bets That The Projected Death Count Will Be Triple That Amount?
Dr. Anthony Fauci and Dr. Deborah Birx offered sobering projections at Tuesday’s White House briefing, saying that with mitigation the United States could face between 100,000 and 240,000 deaths from the coronavirus. 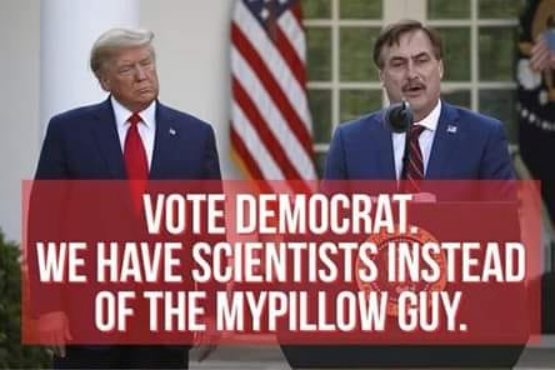 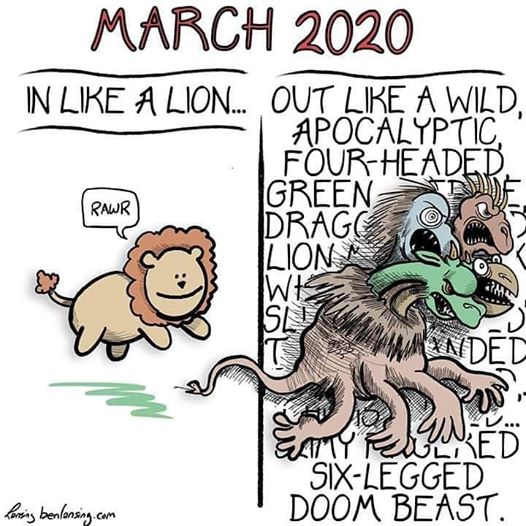 I'm old enough to remember when people thought it was hyperbole to say people will die because of Donald Trump's incompetence and negligence. - Steven Beschloss 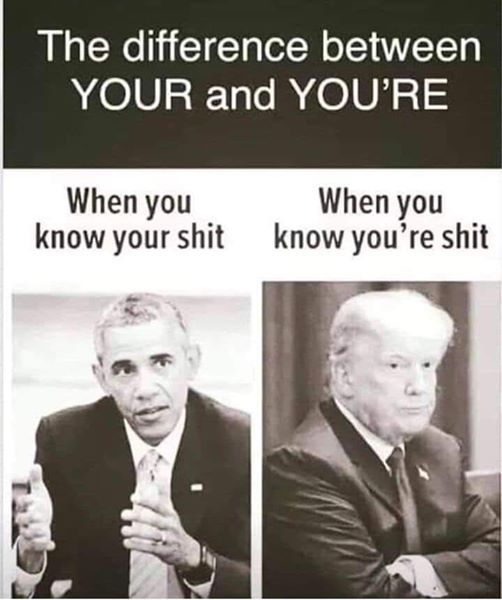 Yes. I think the Republican nominee is unfit to serve as President. -  August 2, 2016, President Obama 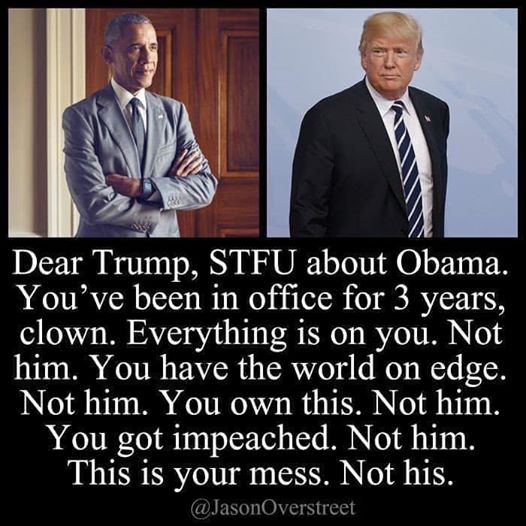 Russia Sends U.S. a Planeload of Medical Supplies and Probably Ballots for Stuffing
Russia is sending a planeload of masks and other supplies to help the United States fight the coronavirus pandemic as the number of cases threatens to top 200,000 across the country. Study Finds Most Restaurants Fail Within First Year Of It Becoming Illegal To Go To Them. - The Onion 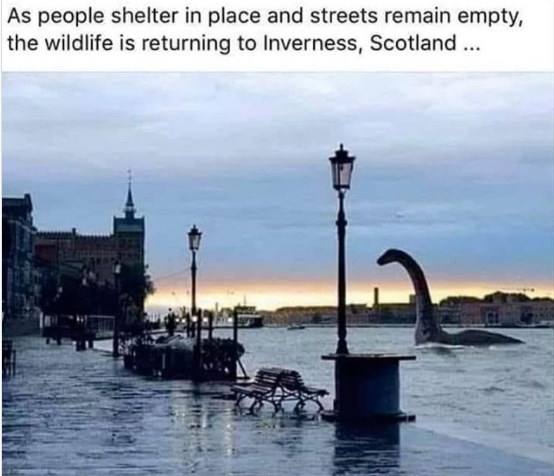 Cruise Ship Not Allowed To Dock, Floating Aimlessly Off Florida
The U.S. Coast Guard has directed all cruise ships to prepare to treat any sick passengers and crew on board while being sequestered “indefinitely" offshore during the coronavirus pandemic.
The new rules require daily updates on each ship's coronavirus caseload for vessels in U.S. waters, and come with a stiff warning: Any foreign-flagged vessels “that loiter beyond U.S. territorial seas" should try first to medically evacuate the very sick to those countries instead. 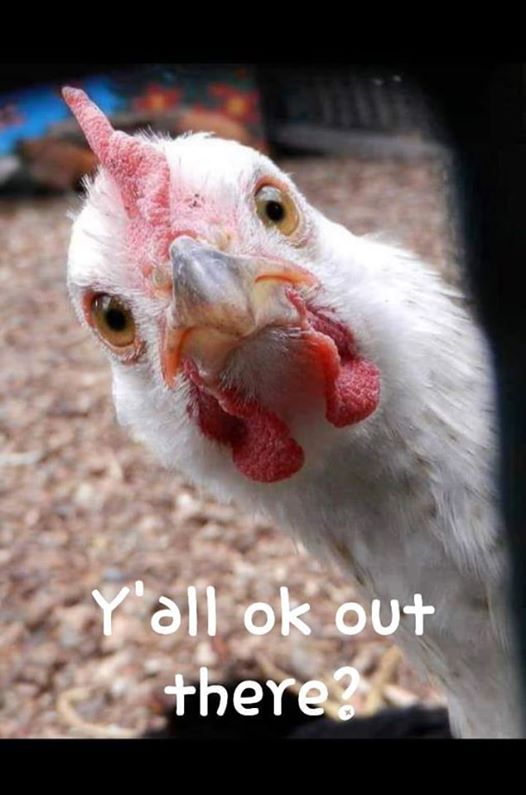