Trump Rages That ‘Lowlife’ Schiff Should Be Charged With Treason: He Couldn’t Carry Pompeo’s ‘Blank Strap’ 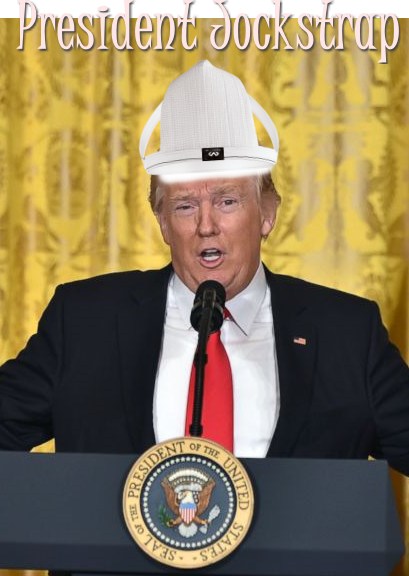 Trump Rages That ‘Lowlife’ Schiff Should Be Charged With Treason: He Couldn’t Carry Pompeo’s ‘Blank Strap’
President Donald Trump continued his offensive against Adam Schiff (D-CA) by telling reporters in the Oval Office that the House Intelligence Committee chairman isn’t fit to carry Mike Pompeo’s “blank strap” and that — absurdly — he should be charged with treason.


I hope someone apologized to the president of Finland who had to endure Trump's rant. 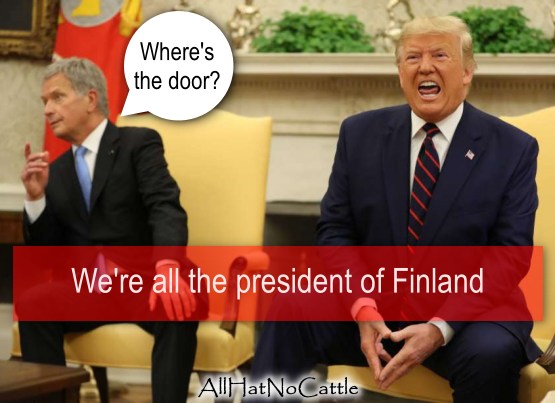 A year after the death of Jamal Khashoggi, we are sharing nuclear secrets with Saudi, selling them weapons, sending troops to help defend their oil, and Ivanka is getting a 100M donation. - Woman In The Moon 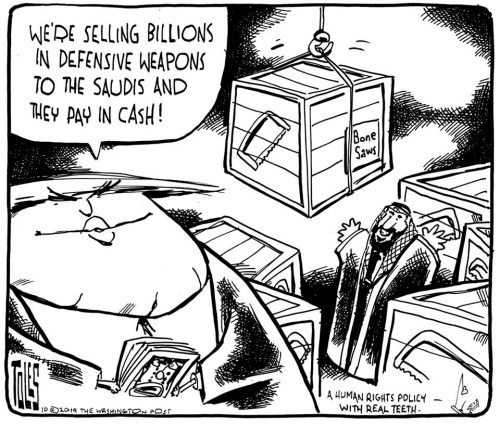 Wow. People are Fleeing the Sinking Ship.
The website of the consulting firm that forged business contacts for Rudy Giuliani in Ukraine and Russia for more than a decade vanished suddenly after his communications were subpoenaed.


If Bill Clinton lost his law license for lying about one thing, Rudy Giuliani should be catapulted into the sun. - The Hoarse Whisperer 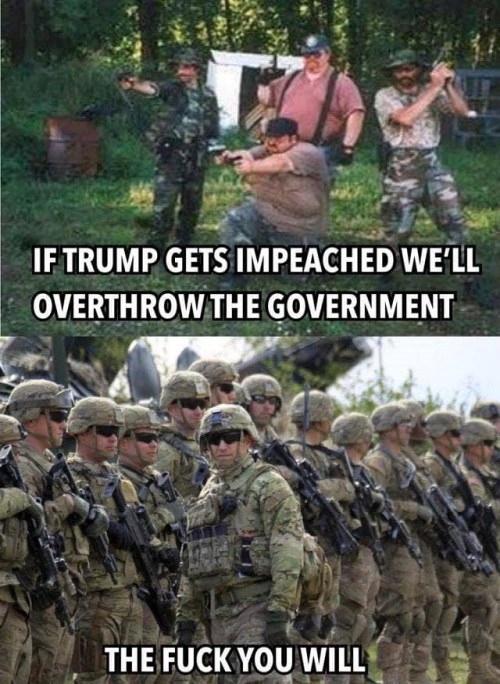 Pompeo, who accuses lawmakers who want answers of bullying, had fits of “anger” while at CIA, former Sr intelligence officials say. Often, an official said, it would happen if analysis didn’t match the political theme of the day. Lots of slammed phones + demands for polygraphs. - Richard Engel 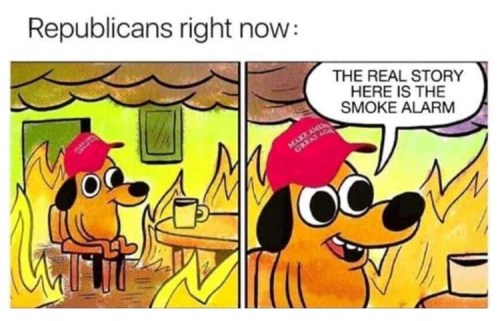 Even the Flies on the White House Walls Are Scared
CNN political Analyst Gloria Borger observed on Wednesday that President Donald Trump seems to be “in a tailspin.” “I was communicating yesterday with somebody very close to the White House who said, ‘Look, it’s chaos inside the White House. There is nobody there who can say no to him. There’s nobody blocking the door to his office.'” 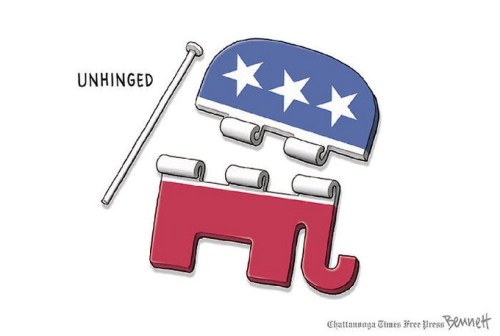 Poor Donald Trump.
Democrats aren't nearly as mean to him as history's going to be. - Middle Age Riot 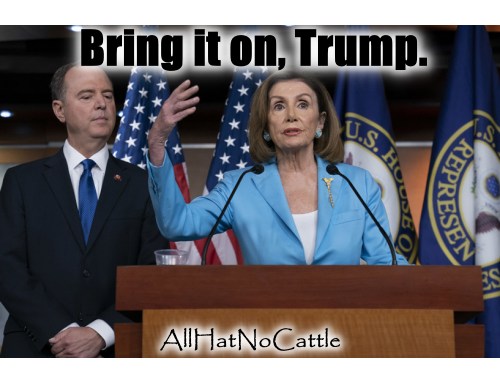 
Our president is a banana republican. - Molly Jong-Fast 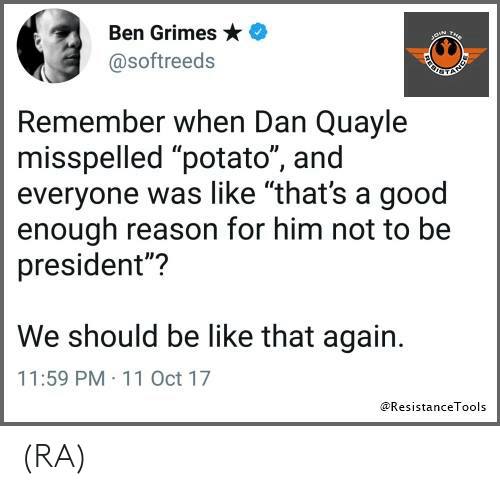 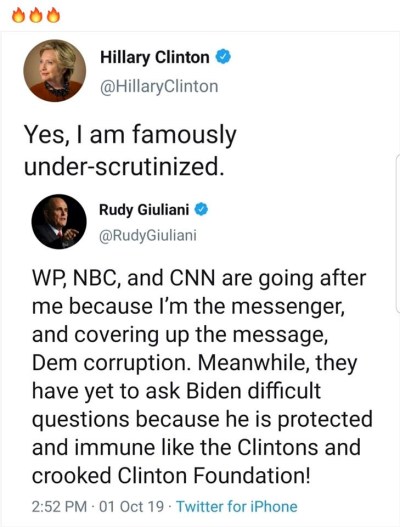 Pelosi Came Out Swinging
Pelosi fiercely defends impeachment inquiry as Trump blows up. The president lashed out at Democrats for investigating his efforts to pressure Ukraine. 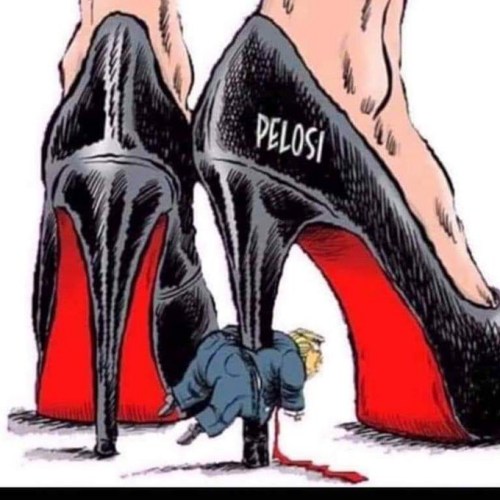 Fox News: Liz Warren wants to take money from the rich and give it to the poor!
Me: Cool cool.
Mark Zuckerberg: Liz Warren is an existential threat to my business!
Me: Guys, I already like her ok, you don’t have to sell her this hard.  - OhNoSheTwitnt 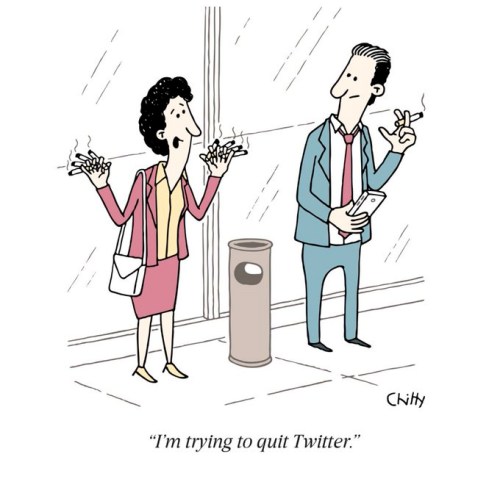 
I’ve seen a lot in my lifetime. But I’ve never seen anything like this. - Dan Rather 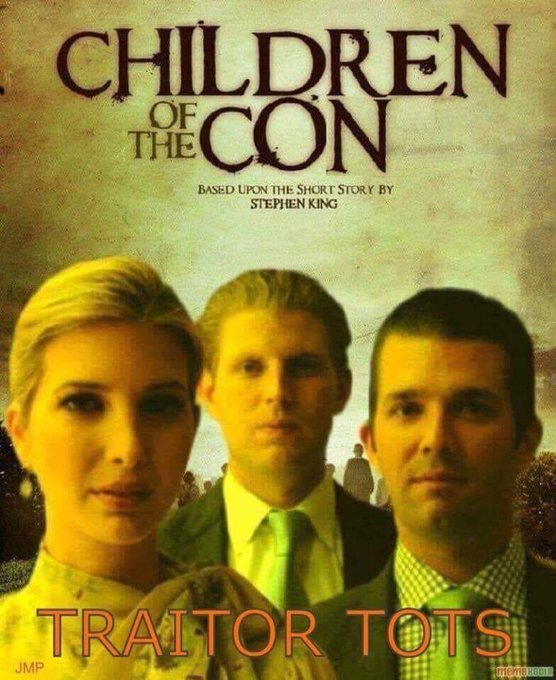 Eric Trump Accuses Don, Jr., of Being Whistle-Blower in Bid to Get Him Cut Out of Will. - Andy Borowitz 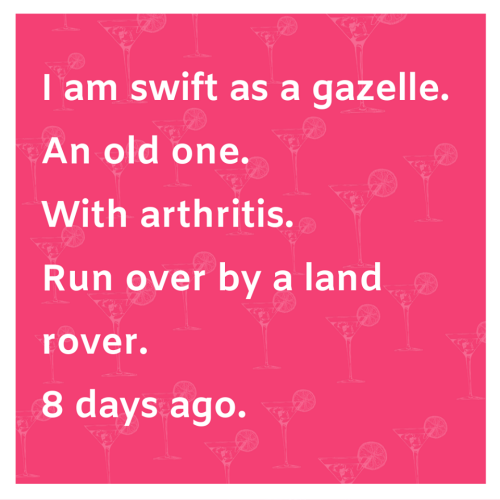 
Hey folks, I hope you can chip in a dollar or two for my
Fall Fundraiser