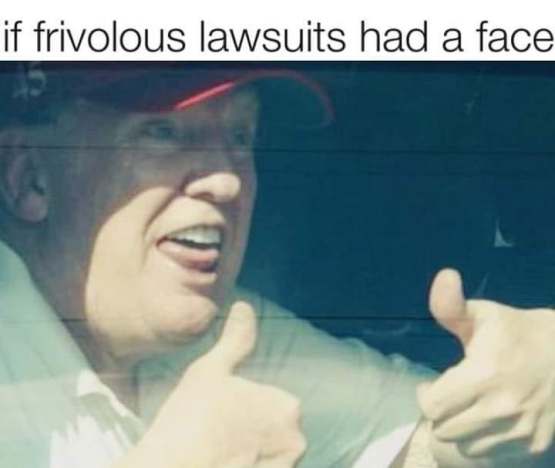 106 House Republicans back Texas challenge of election results at Supreme Court
A Republican congressional ally of President Trump solicited more than 100 of his fellow GOP lawmakers to sign on to a brief with the Supreme Court in support of a long-shot lawsuit filed by Texas seeking to delay certification of presidential electors in four battleground states won by President-elect Joe Biden. 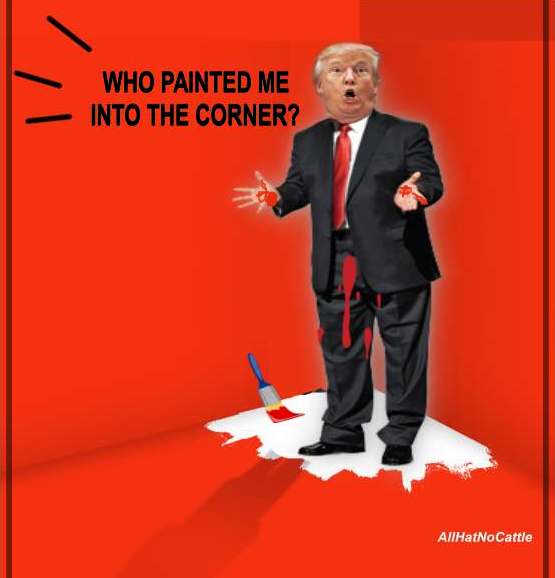 Just a thought but if your brand is being “pro-life” you should probably stop executing people. - OhNoSheTwitnt 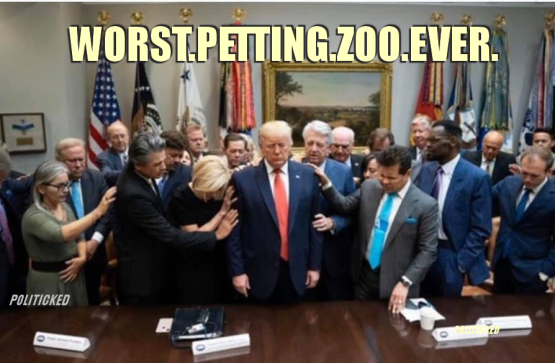 I Hope We Hear The Click Of Handcuffs Soon
While most of the last month has centered on President Donald Trump’s legal challenges of the 2020 election, the New York Times reported Friday on Trump’s potential legal jeopardy. The Manhattan District Attorney’s Office is reportedly “significantly escalating” its criminal investigation into the president and his private business, having recently interviewed both Deutsche Bank employees and employees with insurance broker Aon.

President Email Lady wouldn't be putting America through any of this bullsh*t, just saying. - Jeff Tiedrich 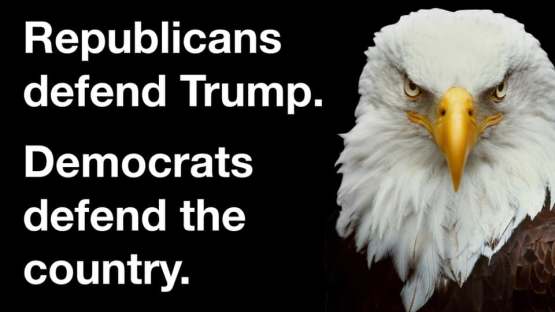 I don’t want retribution. I don’t hunger for blood. I want the corrupt and criminal to be held accountable. I yearn for justice. - Steven Beschloss 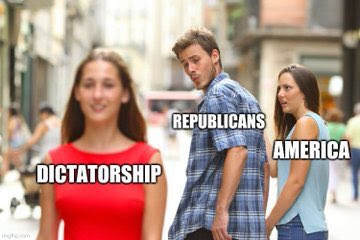 Wonder how many prisoners he's going to have to execute to make himself feel better about that Time Magazine cover? - Stonekettle tweet 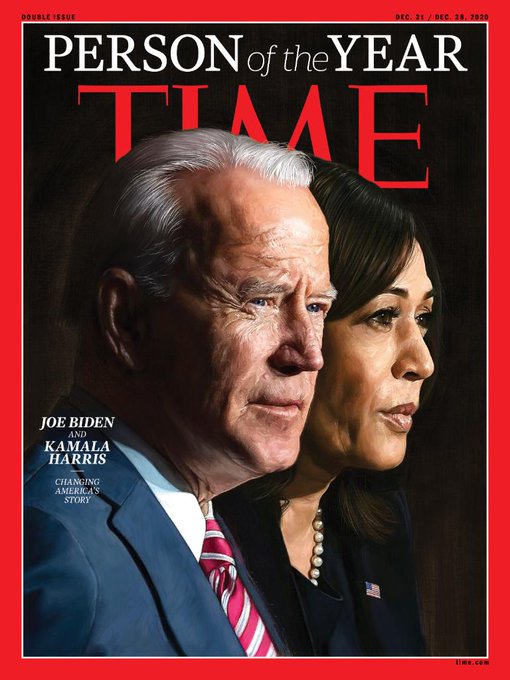 The "you lost, get over it" crowd from 2016 is teaching a master class in losing and not getting over it. - Jeff Tiedrich 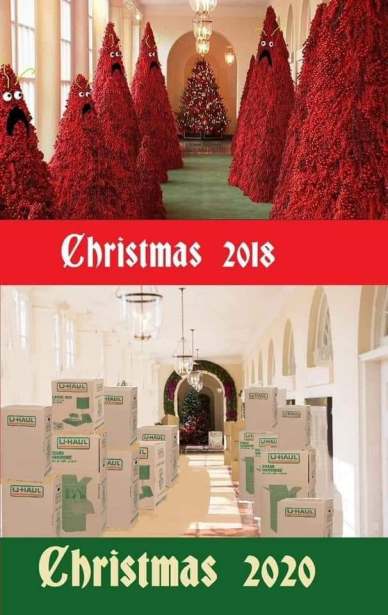 Melania Thrilled This Is Last Time She Has To Do Damn Tree. - Andy Borowitz

49% of The USA Is Nuts
President Trump's job approval is holding steady at 49 percent, a new Hill-HarrisX poll finds.
Forty-nine percent of registered voters in the Dec. 3-7 survey said they approve of the job Trump is doing as president, a 1 percentage point dip since a poll conducted late November.
By contrast, 51 percent of respondents disapprove of Trump's job as commander in chief. 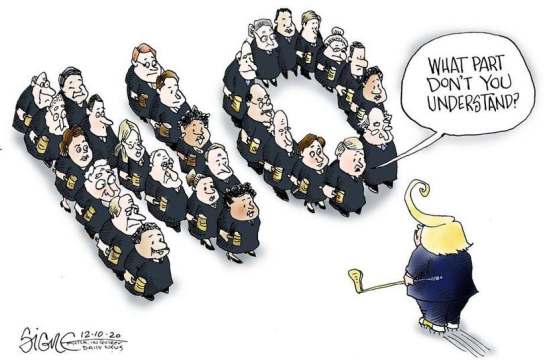 The Democrats should impeach him again as a going away/Christmas present. - Hamish Mitchell 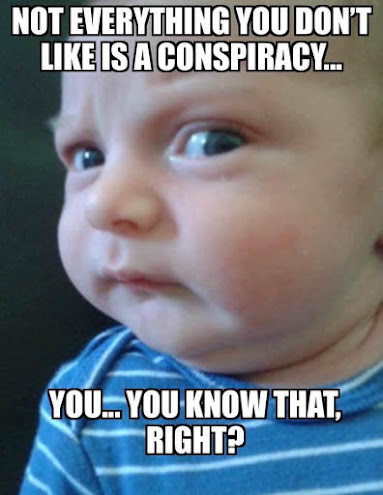 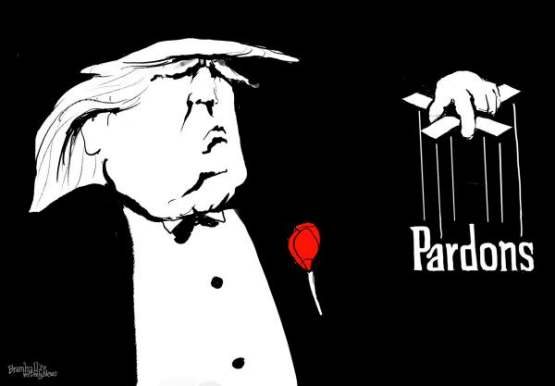 I💓Facebook. I😠Zuckerberg.
A blistering investigation into Facebook's ad business published by BuzzFeed News on Thursday revealed in new detail how the company prioritizes making money over enforcing its own rules intended to protect users from scammers and hackers.
According to BuzzFeed News, Facebook continues to knowingly allow - and profit from - fraudulent advertisers, and the company's ad business is "built with the same lax controls and outsourcing of critical moderation work" that has allowed disinformation, hate speech, and harassment to proliferate on its platform

So how's this attempted coup during a widespread pandemic treating you? - Sarah Cooper 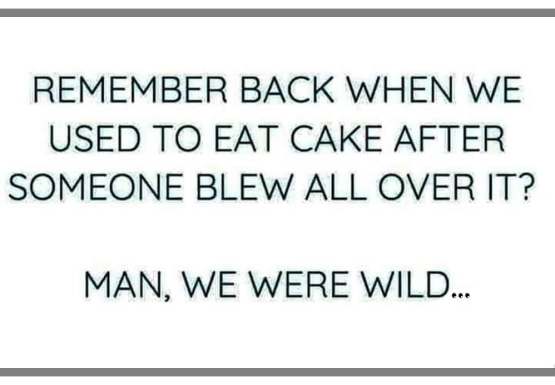 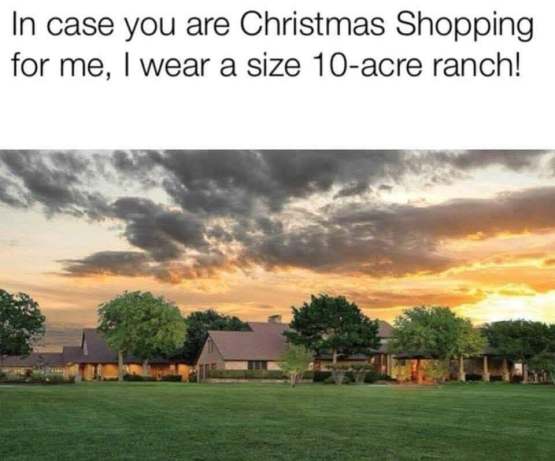 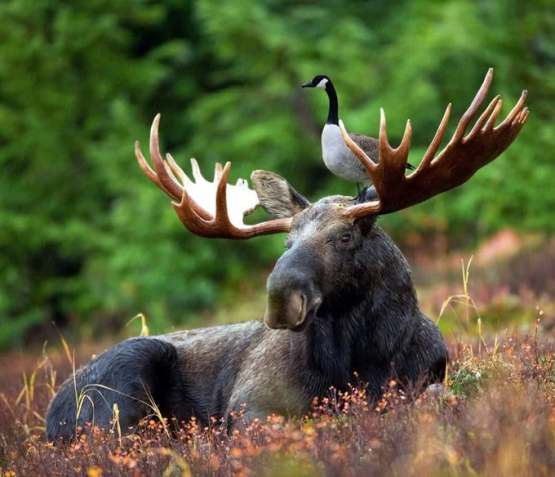 You’ve heard of the elf on the shelf, now get ready for goose on the moose.
Peace and love.
Posted by Lisa at 2:47 PM