In four years, in the 2024 campaign, Republicans will be blaming Joe Biden for the money it cost to fix Trump's recession. - JRehling 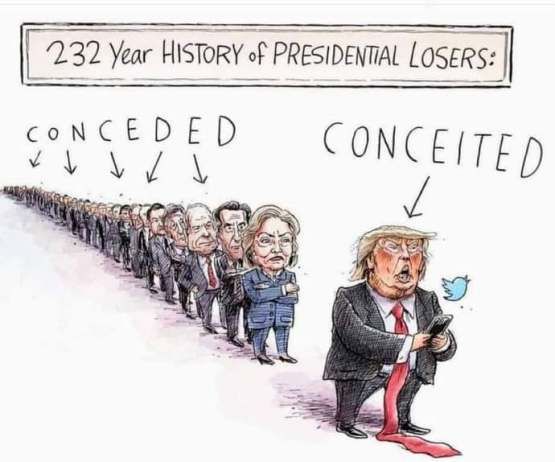 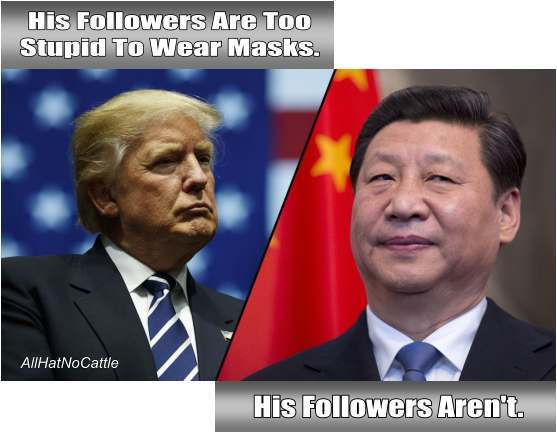 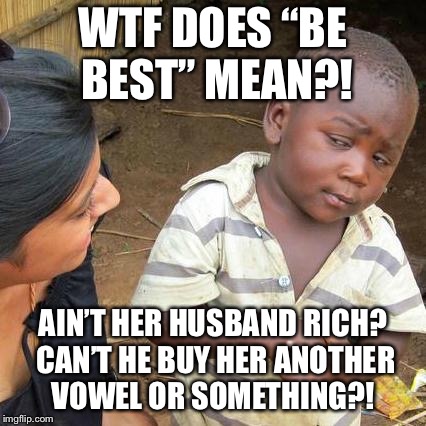 Bill Barr’s daughter works at Treasury to protect Trump’s tax returns, and loans at Deutsche Bank.
Rudy Giuliani’s son gets $90,700 to be WH sports liaison with no experience.
Ivanka Trump and Jared Kushner used the WH as $413 million bonanza.
It was never about Hunter Biden. - Andrea Junker 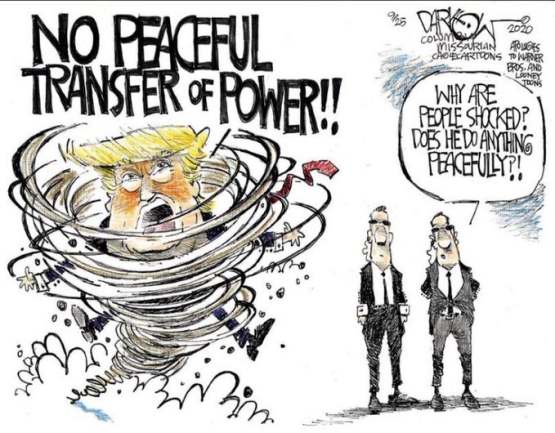 Please, NO MORE Dr. Birx! Please!
Like her coronavirus task force colleague Dr. Anthony Fauci, Dr. Deborah Birx wants to continue fighting the pandemic after President-elect Joe Biden is sworn into office in January. But unlike Fauci, Birx has not yet been offered a spot in the next administration, and it’s unclear that she ever will be.

It’s impossible to escape the fact the GOP no longer supports democracy. At every level they are supporting nullifying a free and fair election. They are not sliding toward fascism, they’re already there. - Joe Lockhart 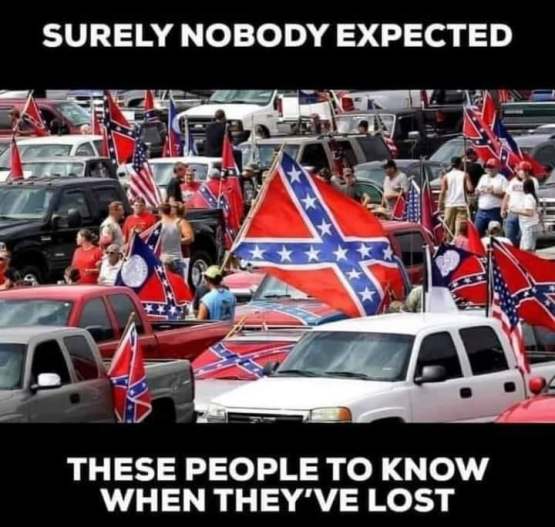 Apparently no one in Trump's orbit is willing to tell him he lost to his face. I will do it for free. Hell I will pay to do it. - Sarah Cooper

I see your Hunter and raise you Ivanka and Jared. - Andy Borowitz 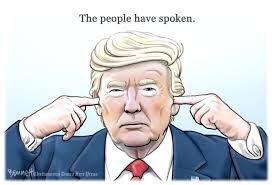 This Sounds Serious. Maybe A Family Intervention Is Needed?
Sen. Dianne Feinstein’s (D-CA) memory is reportedly slipping, with one former Senate aide calling it a “disaster.”
“The staff is in such a bad position,” a former Senate aide told The New Yorker for a Thursday profile on Feinstein. “They have to defend her and make her seem normal.”

We've recounted Presidential votes a bunch of times.  I'd like to see a recount of Senate votes in Kentucky & South Carolina. - Steve Hertzfeld 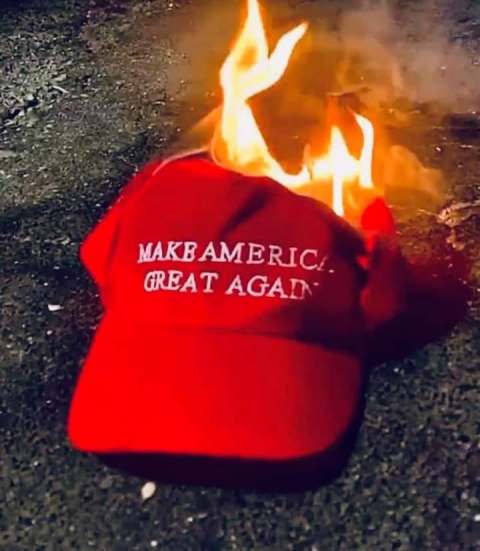 Facebook Announces Plan To Break Up U.S. Government Before It Becomes Too Powerful. - The Onion 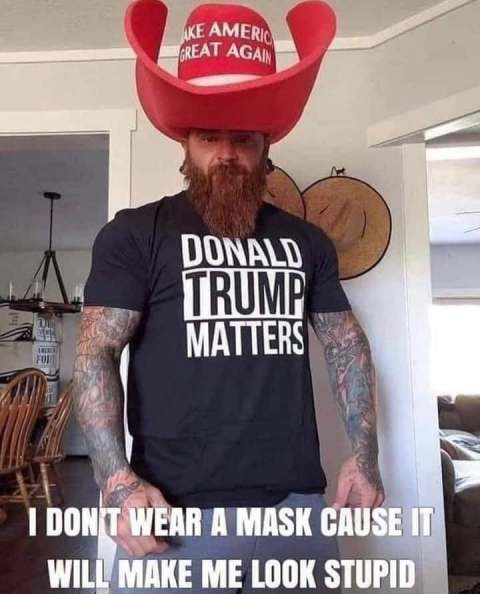 Gosh, Trump didn’t make this much of a fuss the six times he declared bankruptcy. - Andy Borowitz 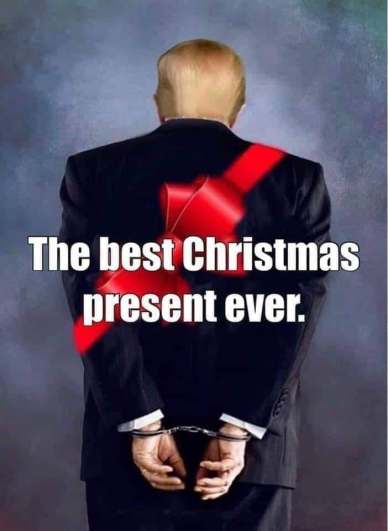 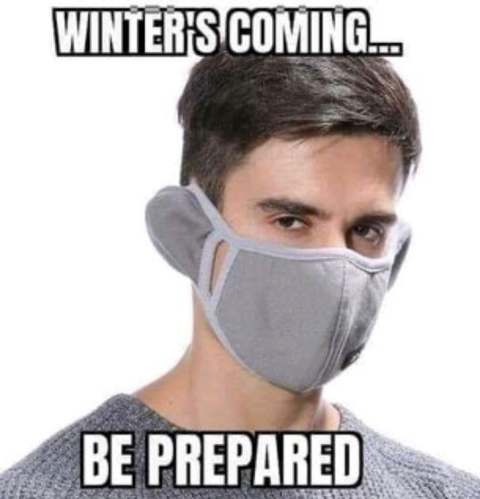 ____________________
Republicans have never cared about states' rights for elections. In 2000 Jeb Bush stepped over his own Florida Supreme Court and went straight to the US Supreme Court to stop the vote counting.
It was a power grab then and it is a power grab now.
That's why I started AllHatNoCattle on December 14, 2000, because I wanted every vote to be counted.
And here we are back at square one almost 20 years later. 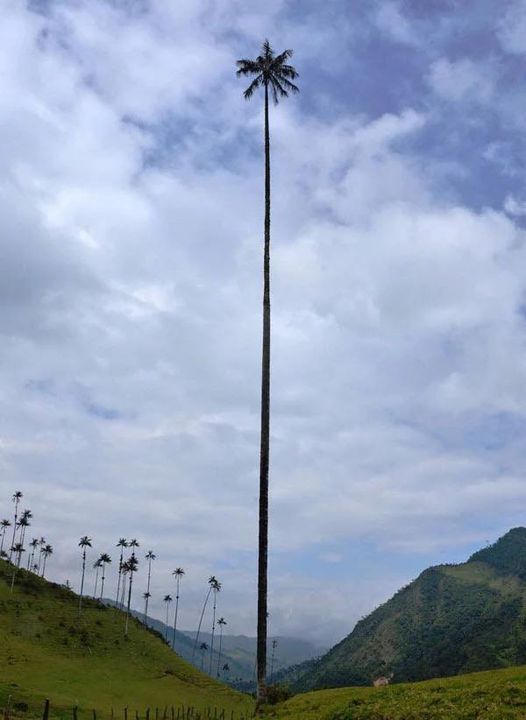 The world's tallest palm trees are in the Valle de Cocora, near Salento, in Colombia. I'd definitely watch out for falling coconuts.