And the Oscar for best movie goes to... 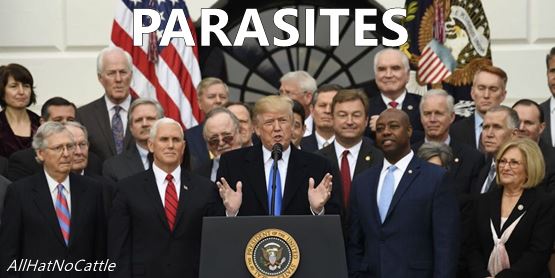 Trump hits Medicaid, food stamps in push to slash domestic spending
He will also ask Congress for a slight spending increase for the Pentagon as he releases his $4.8 trillion budget blueprint for the upcoming fiscal year.


Outside the Academy Awards 1974 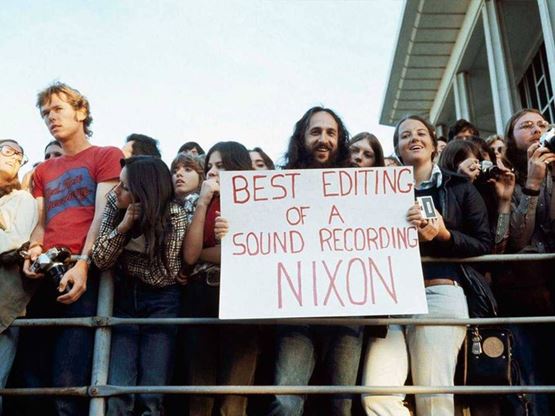 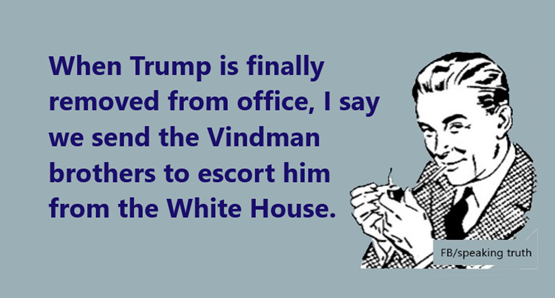 Trump Sold Bone Saw Saudis Nuclear Technology, Too.
Saudi Arabia and its coalition partners have transferred American-made weapons to al Qaeda-linked fighters, hardline Salafi militias, and other factions waging war in Yemen, in violation of their agreements with the United States, a CNN investigation has found. 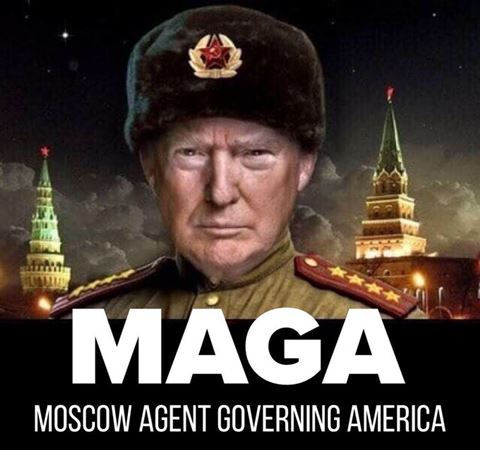 The $800 billion cuts in in Social Security and Medicare almost exactly equal the $740 billion INCREASE in military spending.

Just, you know, in case you wondered how Republicans were planning on paying for those new tanks and bombers Trump keeps bragging about.  - Stonekettle 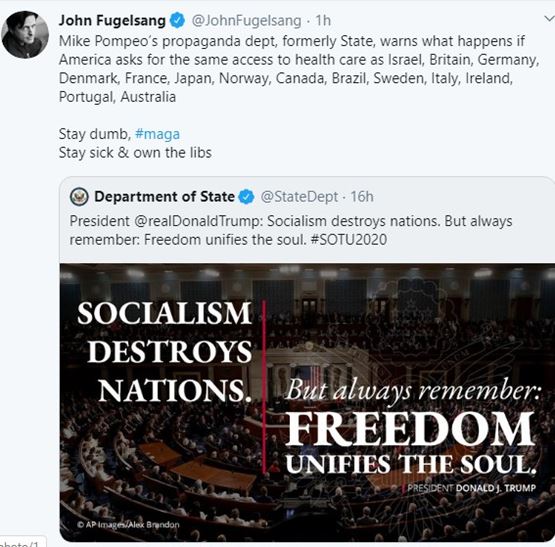 Literally NOBODY wants nude pictures of 45.I can peel a tangerine if I ever wanted a preview. - Rob Anderson 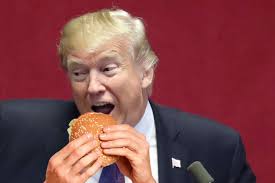 Trump Gets A Taste of What He Dishes Out
Sen. Joe Manchin (D-WV) retaliated to the insulting comments President Donald Trump recently flung his way with a personal jab of his own...“Munchkin? I’m taller than him, I think I’m a little bit bigger than he is. Not heavier, he’s much heavier than me. But I’m a little taller than him.” 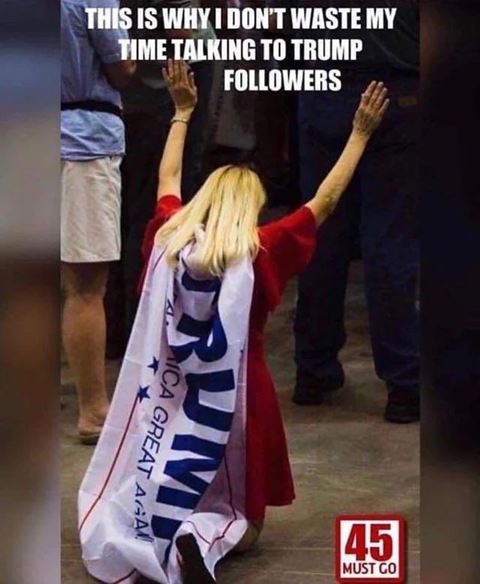 “Think of how stupid the average person is, and realize half of them are stupider than that.” ~ George Carlin 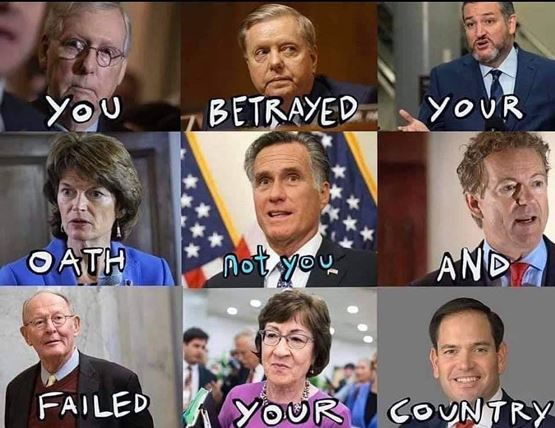 
Two days ago: "We will not be touching your Social Security or Medicare in Fiscal Year 2021 Budget.” -Trump 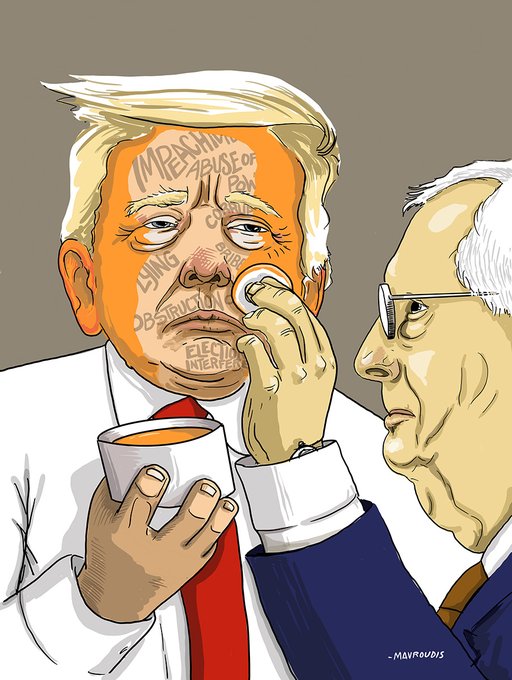 Nancy really appreciates being able to live in our president's head rent-free. it's so spacious and roomy. sometimes the echo can be a little distracting tho. - Jeff Tiedrich

Bernie Backtracks on Releasing Medical Records.
Sen. Bernie Sanders (I-VT) on Sunday backtracked on his promise to release his full medical records “before the first votes are cast,” asserting that “you can start releasing medical records, it never ends.” In an interview on NBC’s Meet the Press, Chuck Todd played a clip of Sanders in September 2019 prior to his heart attack, promising to release his medical records before the Democratic primaries... 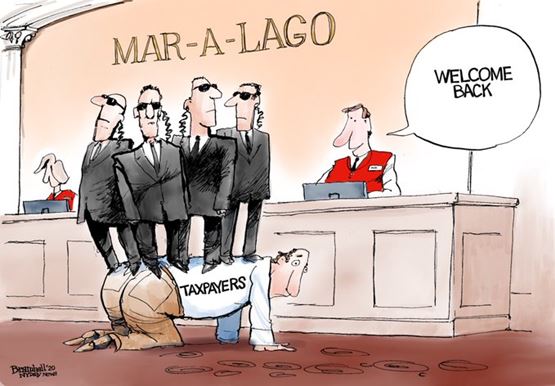 I wonder how different the primaries would look if every state voted the same day. - The Hoarse Whisperer 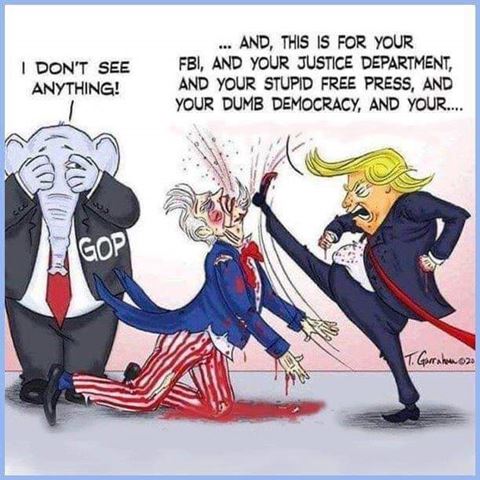 The richest 0.1% of Americans now own a bigger share of the pie than at any time since 1929, just before the Wall Street crash.

Folks, this is unsustainable. - Robert Reich 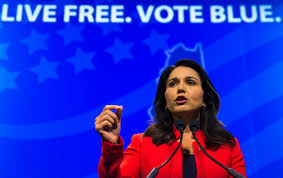 Tulsi Gabbard Is A Republican In A Donkey Suit
In breaking with some of her opponents for the Democratic presidential nomination, Representative Tulsi Gabbard defended President Donald Trump's decision to fire Lieutenant Colonel Alexander Vindman..."Ultimately, whether people like it or not, there are consequences to elections and the president has, within his purview, to make the decisions about who he'd like serving in his Cabinet,"... 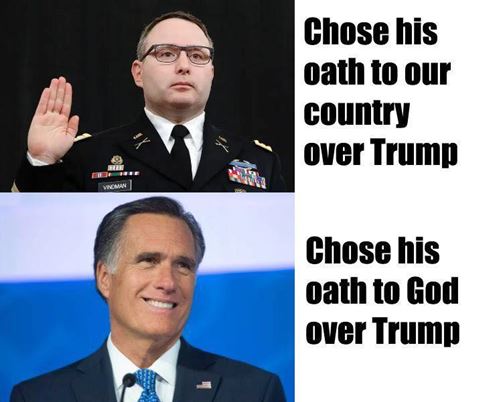 Americans are pros at fightin’ kings and fascists.  We’re gonna come out in record numbers in November and topple the latest tyrant to cast a greedy eye on Lady Liberty. - Tea Pain 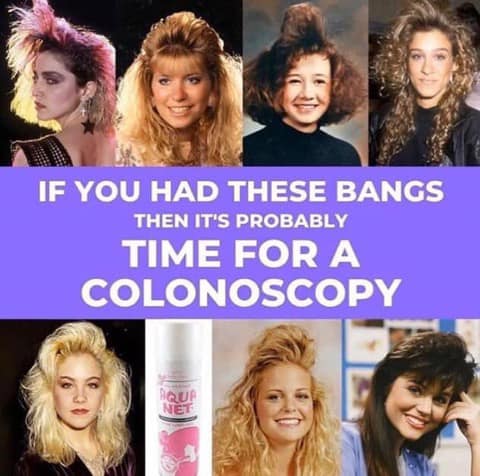 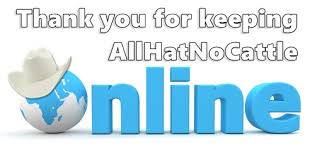