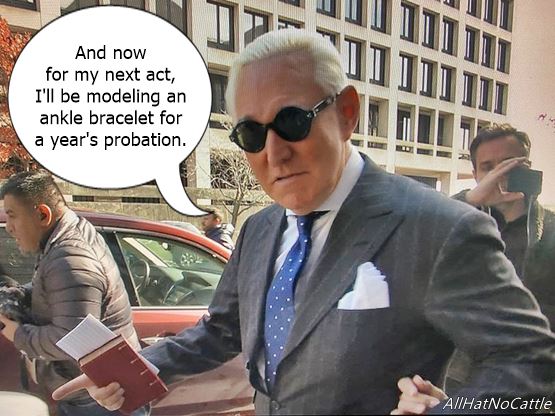 According to Fox News reporter Jake Gibson, the United States Department of Justice is planning to lower its sentencing recommendation for convicted Trump henchman Roger Stone after President Donald Trump threw a tantrum about the DOJ recommending Stone get at least seven years in prison...the "DOJ will clarify its position on sentencing later today.”

It's lucky for Roger Stone that he was just a wealthy white man convicted of obstruction of justice, perjury and witness tampering, and not, let's say, a black man selling loose cigarettes on a street corner, because there are serious consequences for that. - Jeff Tiedrich 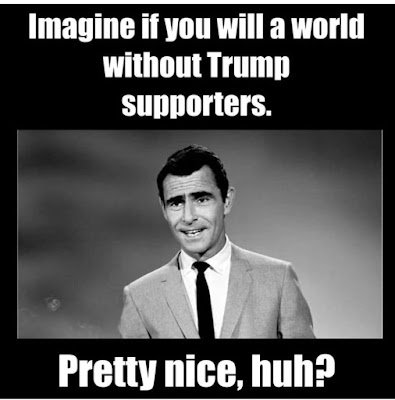 The DOJ is changing its sentencing recommendation for Roger Stone to you were a very naughty boy <wink>. - Schooley


What the rest of the world thinks of the USA 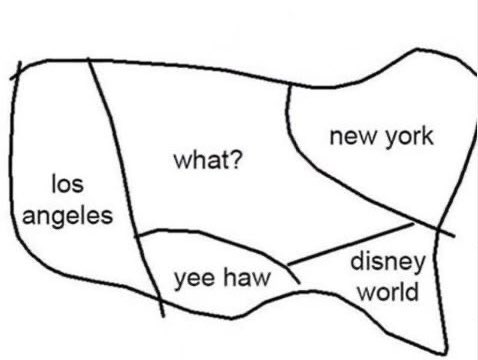 Amazon versus Pentagon
Amazon on Monday filed a motion in federal court seeking testimony from President Donald Trump and Defense Secretary Mark Esper in its lawsuit against the Pentagon over the award of a multibillion dollar cloud computing contract to Microsoft.
The tech giant's case rests on the assertion that Trump's public campaign to punish Amazon founder Jeff Bezos corrupted the Pentagon's contracting process for the Joint Enterprise Defense Infrastructure program, or JEDI. 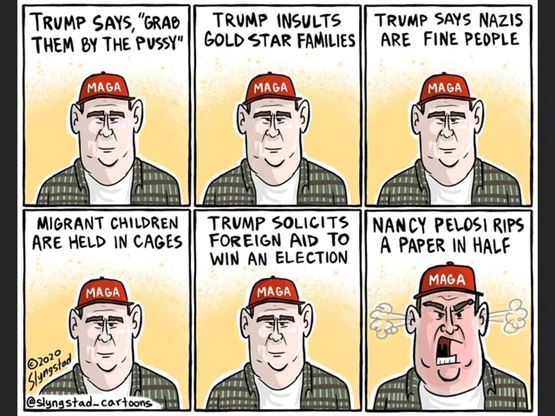 Trump shoots someone on 5th Avenue.
Susan Collins: “Well, I’m sure he learned his lesson and won’t do it again.”
Alan Dershowitz: “Killing someone isn’t a crime.”
FOX News: “It was Obama’s fault.”
Devin Nunes: “The Democrats just want nude photos of Trump.” - Linda Childers 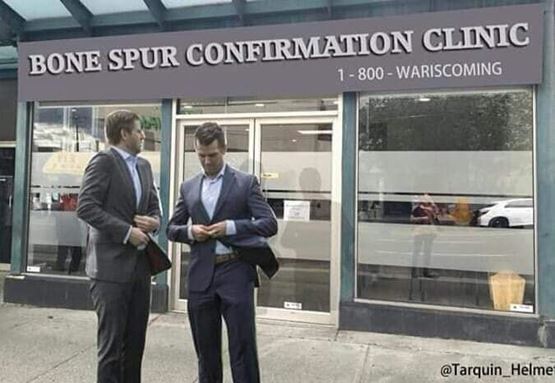 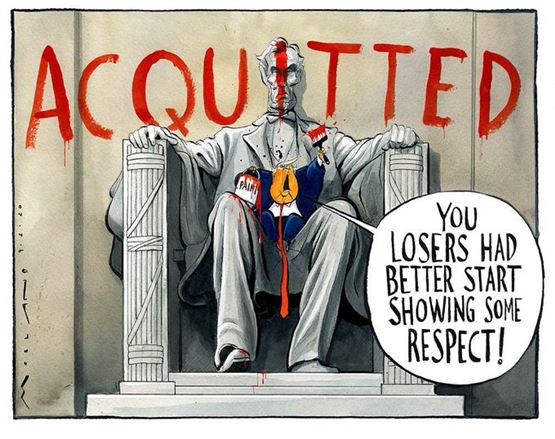 No. Personal Retirement Savings Haven't Doubled Under Trump
President Donald Trump is telling a skewed story when he boasts about workers who’ve seen their personal retirement savings nearly double under his administration. Gains in the overall stock market are only half of what he implied.
Trump made the assertion at his New Hampshire rally Monday, where he also tried to snatch victory from defeat by claiming a shutout victory in the House impeachment vote, which he actually lost. 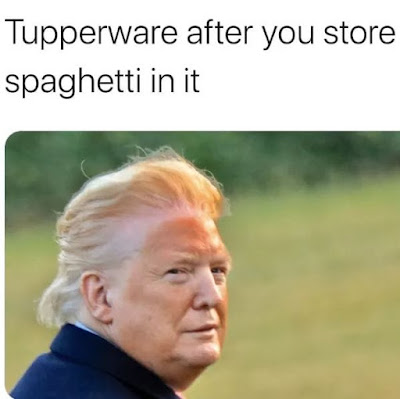 Q: What's the difference between Donald Trump and a drag queen? 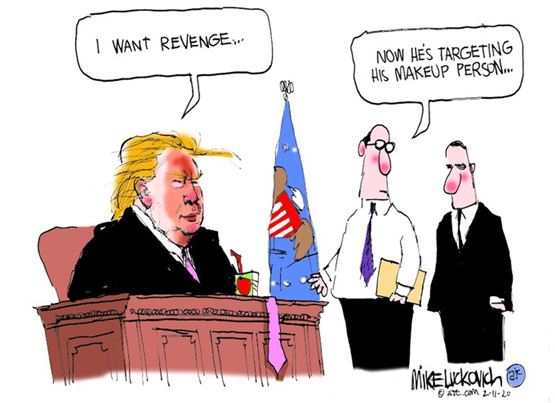 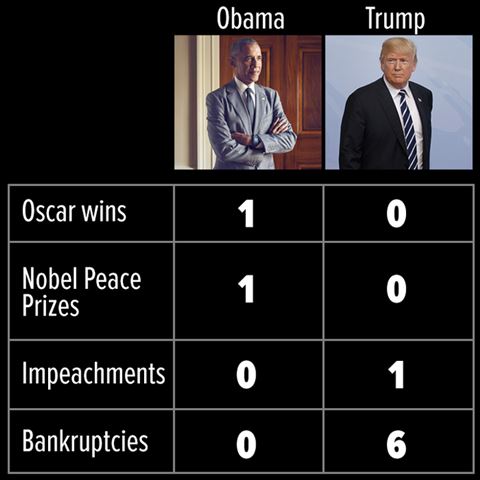 No Wrongdoing Found By Debbie Wasserman-Schultz and The DNC in 2016
With the first contest of the 2020 Democratic presidential race less than 100 days away in Iowa, a federal appeals court Monday might have ended one of the still-simmering battles from 2016.
A three-judge panel of the 11th U.S. Circuit Court of Appeals rejected a lawsuit filed by some Democratic donors and Bernie Sanders supporters that alleged wrongdoing by the Democratic National Committee and former DNC Chairwoman Debbie Wasserman Schultz during the 2016 presidential primary process. 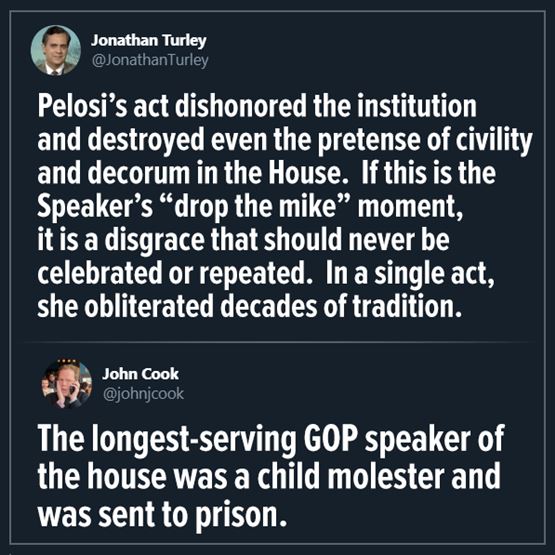 Donald Trump is what happens when you don't discipline a toddler until he's 73 years old. - Randi Mayem Singer 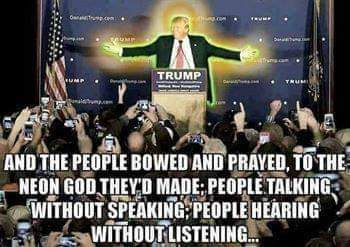 Hey, remember when donald trump was taken to the hospital 85 days ago?
The media doesn’t. - Philippe Reines 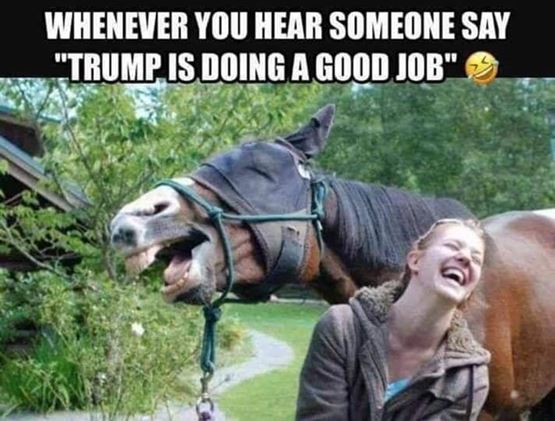 White women who support Donald Trump ignore the sexism so they can enjoy the racism. - Middle Age Riot 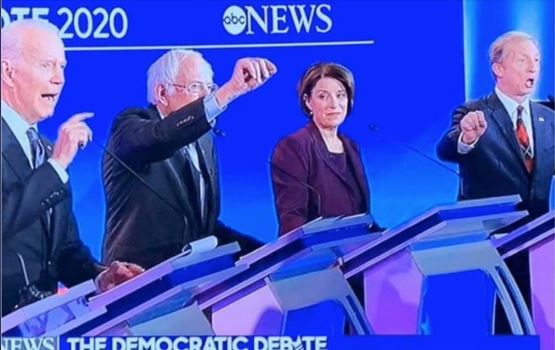 Thirty years on, I remember the hope we all felt watching Mandela’s release from prison. The gift of a new way of seeing. The chance to participate in the work of building a better world. The ultimate example of perseverance and faith for each new generation to follow. - Barack Obama 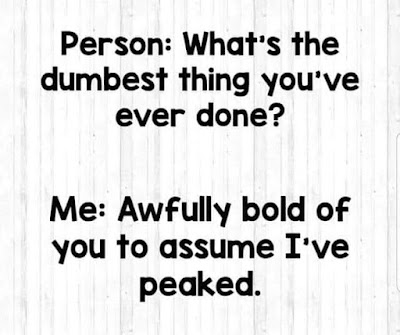 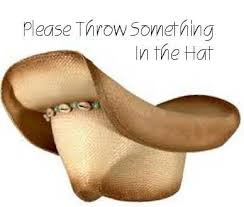