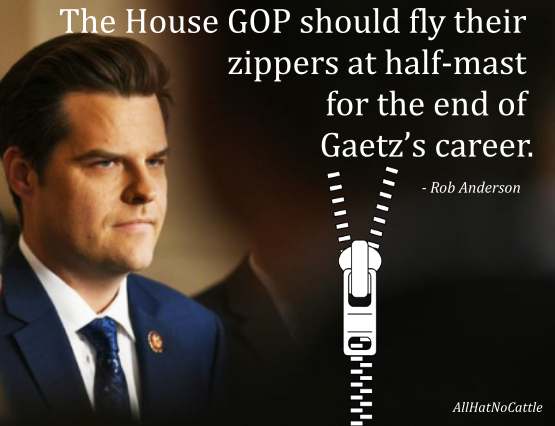 CNN's Dana Bash 'Can't Repeat' on TV All the Nasty Things GOP Members of Congress Are Privately Texting Her About Matt Gaetz
...Gaetz is the Republican member of Congress—and close ally of former President Donald Trump—who finds himself at the center of an investigation that reportedly includes allegations of sex trafficking, among other sordid details like paying for sex and drug use are, as yet, unverified.

Meanwhile, the Capitol is on lockdown.

We're all having a great time roasting stupid f*cking sleazeball Matt Gaetz but let's remember that there's nothing funny about what he did to his victims. - Jeff Tiedrich 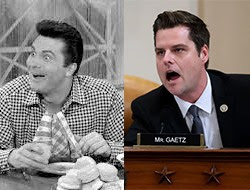 Waiting to see which one of these scummy creepers breaks first and negotiates a plea deal to convict everyone else.
Man, I hope it's not Matt Gaetz. - Stonekettle 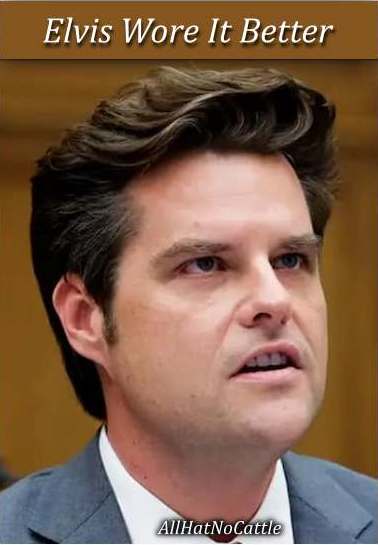 Meanwhile, Trump Is Holding Back Info About The January 6 Capitol Attack
White House Counsel, in letter to Dem investigators, makes clear the Biden WH doesn't have custody of requested communications/documents from Trump WH staff related to the Jan. 6 Capitol attack:

Kinda makes you wonder what they have on Ron Johnson, Lindsey Graham and Rand Paul. - Amy Siskind 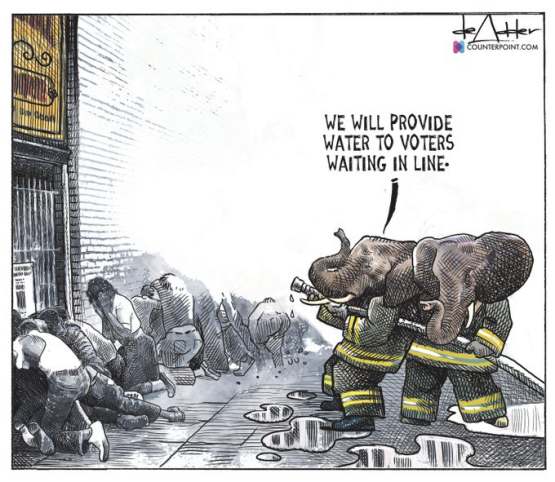 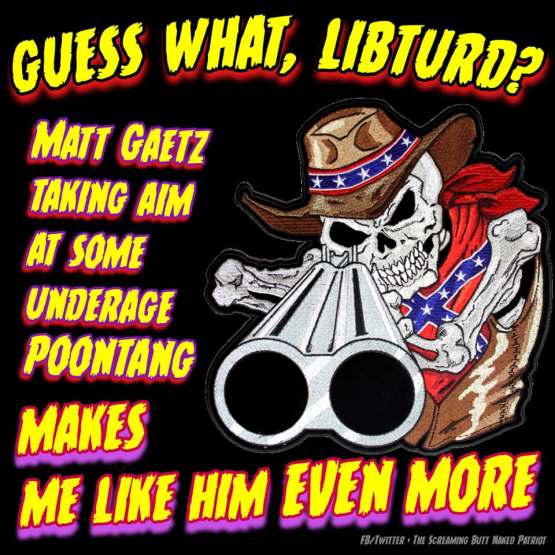 Wouldn't It Be Loverly If Roger Stone Gets His Just Due?
Two alleged Oath Keepers that were part of Roger Stone’s security detail have been added to a conspiracy indictment against the paramilitary group for the deadly attacks at the U.S. Capitol on Jan. 6. 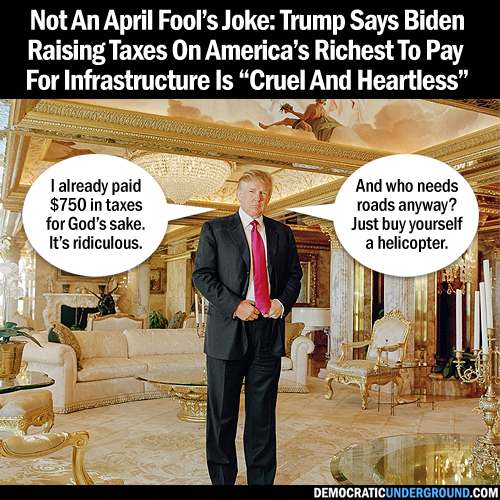 Raetz Fleeing Gaetz
A senior staffer in embattled GOP Rep. Matt Gaetz’s office resigned on Friday following reports the Florida Republican is under investigation for an alleged inappropriate relationship with a minor and a possible violation of sex trafficking laws, according to a GOP source. 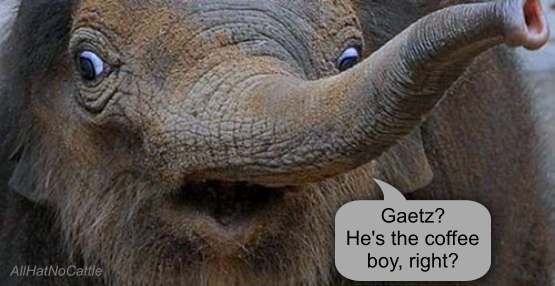 Matt Gaetz is everything the Republicans were looking for in Hunter Biden. 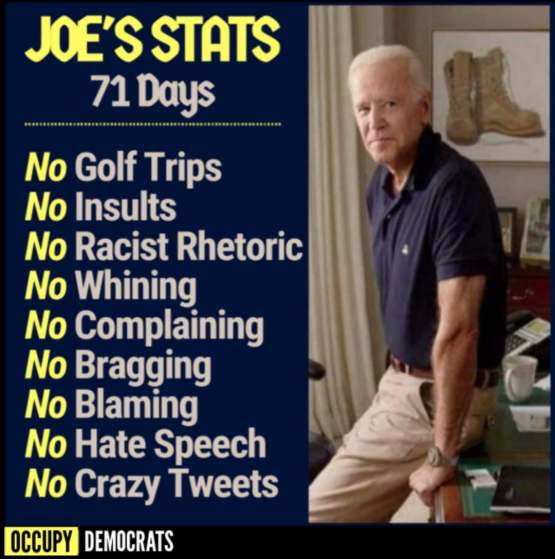 Hunter Biden Said He Doesn't Know If That Laptop Belonged To Him
Hunter Biden, the son of President Biden, in a new interview says that he doesn’t know if a laptop found in Delaware that was the center of an election-year controversy was really his...“There could be a laptop out there that was stolen from me. It could be that I was hacked. It could be that it was the — that it was Russian intelligence,”

Critics of the security measures still in place at the Capitol need to take several seats. - George Takei 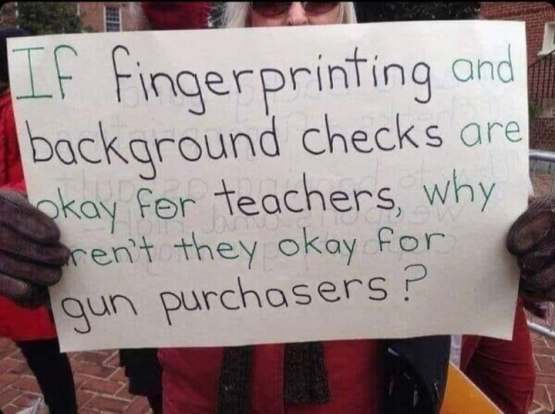 If Donald Trump had come out early in favor of masks, his supporters would've proclaimed that wearing them was your patriotic duty, there would've been fewer deaths, and we wouldn't be entering the fourth wave of COVID-19.
It really isn't more complicated than that. - Middle Age Riot 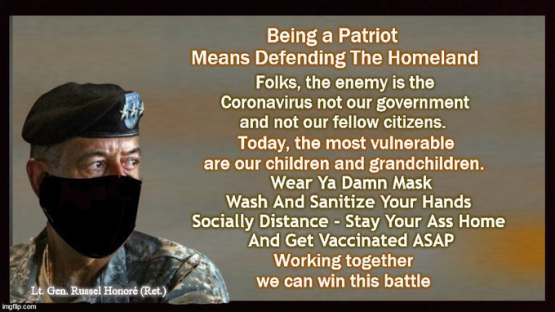 CDC Says Vaccinated People Can Safely Travel, But Wear The Damn Mask!
The Centers for Disease Control and Prevention (CDC) said in new guidance on Friday that fully vaccinated people can safely travel.
The agency further said fully vaccinated people do not need to get tested before or after domestic travel unless the destination requires it. People should still wear a mask while they travel, the agency said, and people should get tested three to five days after international travel, given the increased risk of virus variants internationally.

Good Friday
is when
pro-death penalty Christians
mark the execution of
anti-death penalty Jesus;
and it's all irony-free.
- John Fugelsang 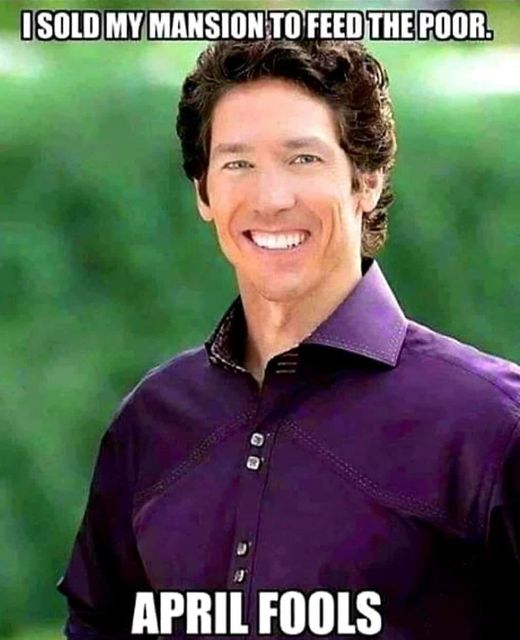 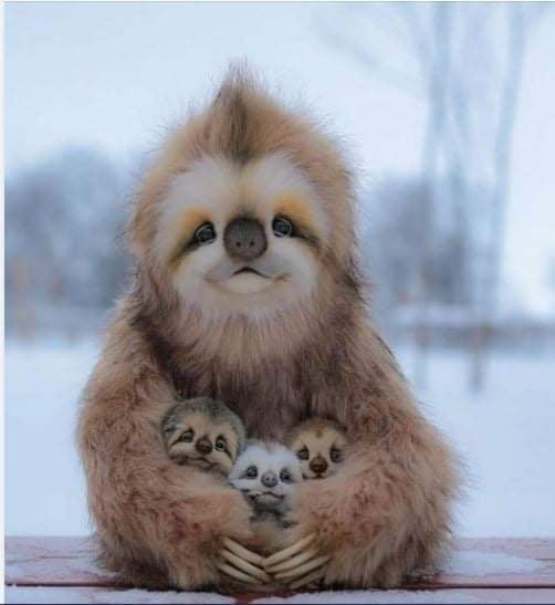 Happy Easter from Mama Sloth and her triplets.
Peace.
Posted by Lisa at 2:13 PM