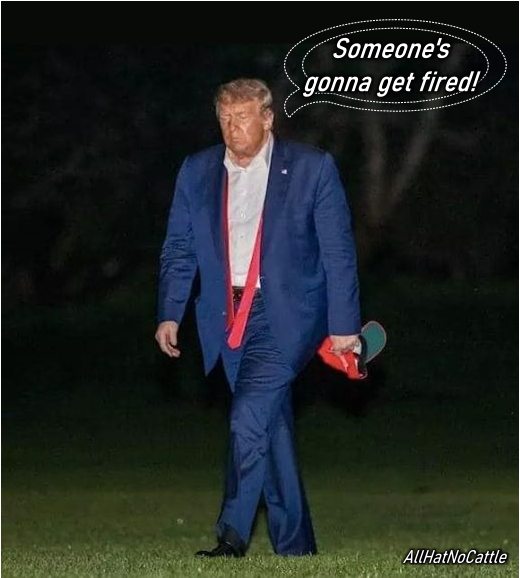 Trump ‘lashing out at everybody’ as firings loom due to Tulsa fiasco
President Donald Trump is still raging at campaign staffers over his sparsely attended Tulsa rally, according to reports.
CNN’s Kaitlan Collins reported that campaign manager Brad Parscale and other officials could be replaced over the rally — which drew slightly more than 10 percent of their worst-case scenario prediction of 60,000.


The good news is not all Trump supporters want to get the coronavirus.


Told ya'll he exaggerates about the size of things. - Stormy Daniels tweet 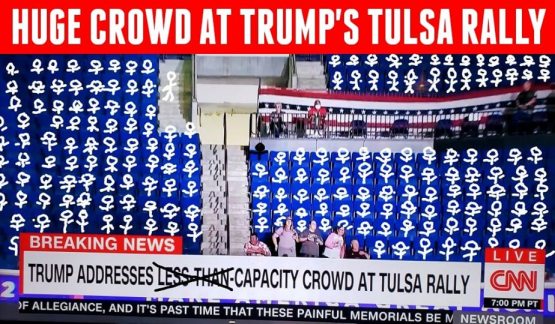 The police are like “if we can’t abuse people, we will quit” - Mohamad Safa 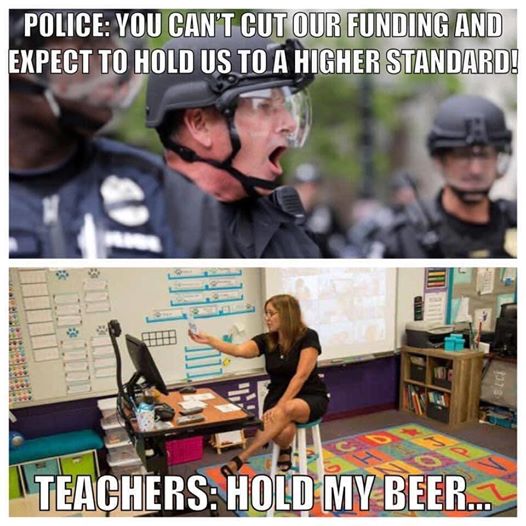 Only White Officers Are Allowed To Guard George Floyd's Murderer. Systematic Racism, My Foot!
Eight people of color who work as correctional officers in Minnesota filed a discrimination lawsuit Friday alleging that they were barred from guarding or being on the same floor as Derek Chauvin, the former Minneapolis police officer charged with murder in the death of George Floyd. 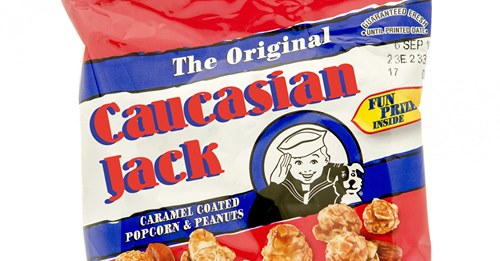 Upon reflection, maybe handing out waivers that said “This rally might kill you” was kind of a turnoff. - Andy Borowitz 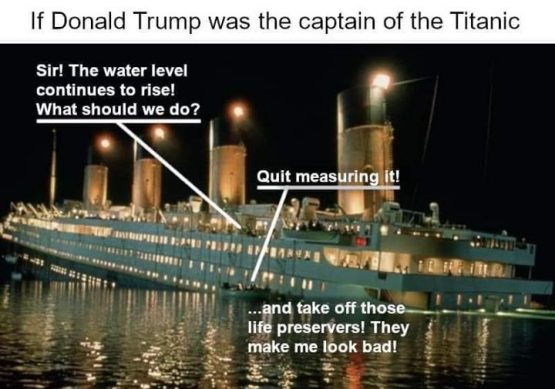 Trump’s going to have to spend the majority of his campaign funds on hiring people to attend rallies. - Woman In The Moon tweet


Coronavirus Rally #2 Is Tomorrow!
On Tuesday, US President Donald Trump is heading to Arizona, where a spike in coronavirus cases has raised alarm and prompted new rules.
Trump will speak to student supporters in Phoenix, where the city council and mayor have made face masks mandatory for people inside a building less than six feet away from others. 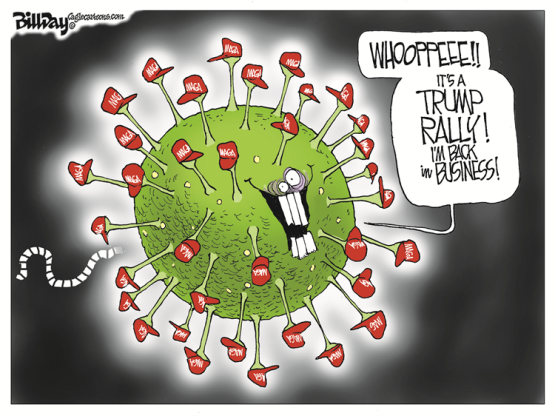 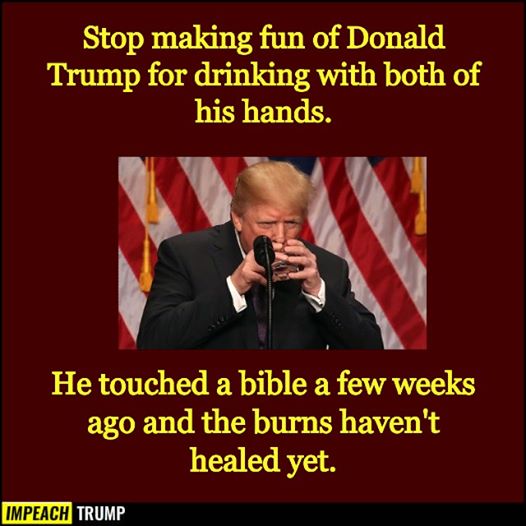 Paging Sean Spicer for a crowd estimate in Tulsa. - Dan Rather 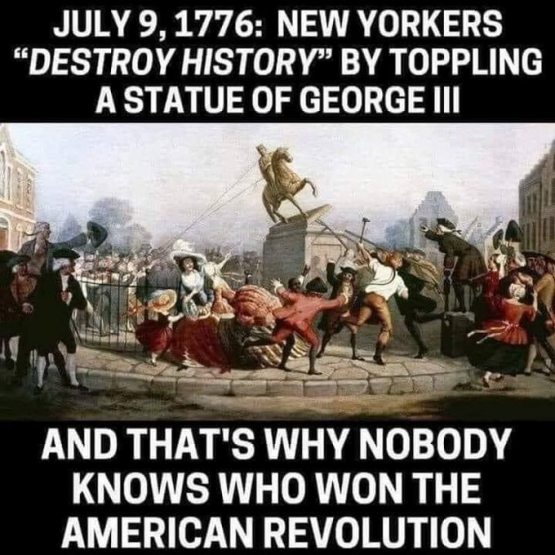 Who Will Be Trump's Next Campaign Manager? Jared or Ivanka? Maybe Melania?
Ivanka Trump and Jared Kushner are "pissed" at campaign manager Brad Parscale over his predictions of a much larger crowd than the one that turned out at the Tulsa rally Saturday night, according to a Trump campaign source. 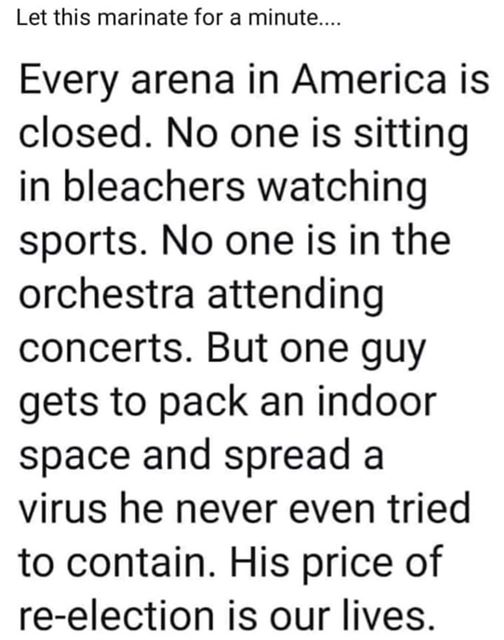 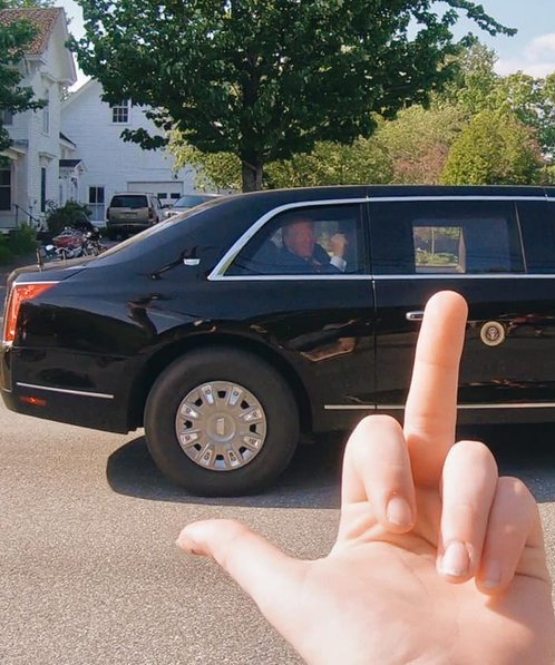 Raise your hand if you think the American people deserved to know that their president begged China like a dog. - The Lincoln Project 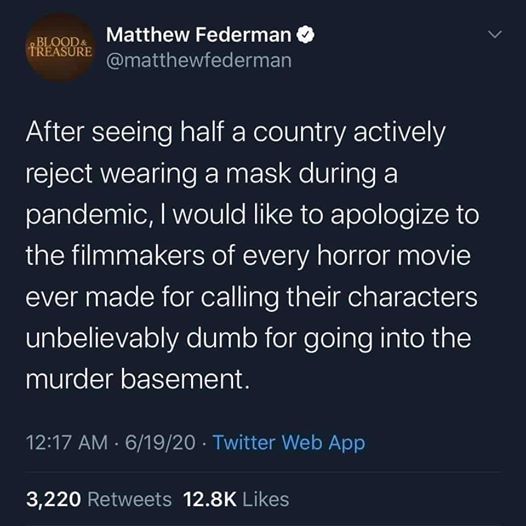 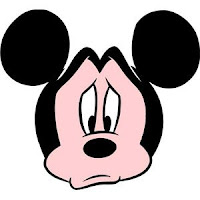 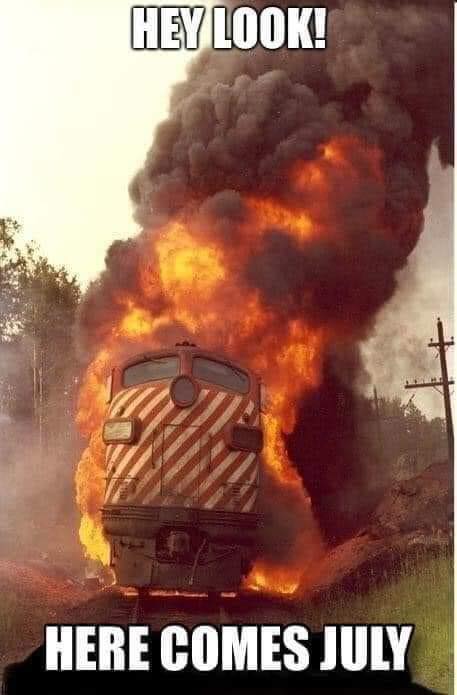 I have to confess, my favorite part of the MAGA rally was the lady who slept in her lawn chair and on concrete for 4 days to get one of the 9,000 occupied seats in a 19,000 seat arena. - Philip Blackmon 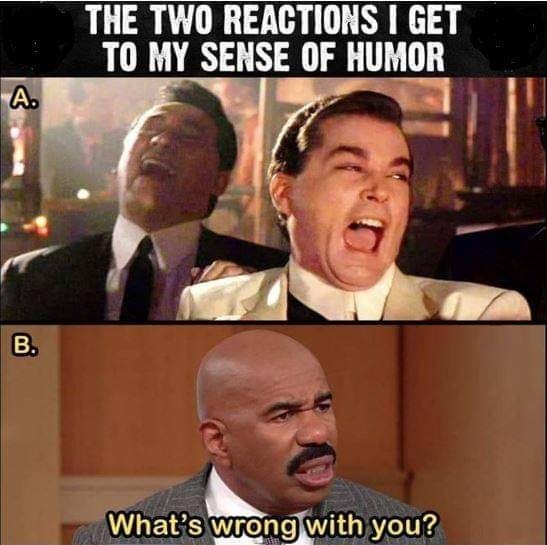