Florida governor refuses to shut down beaches amid spread of coronavirus 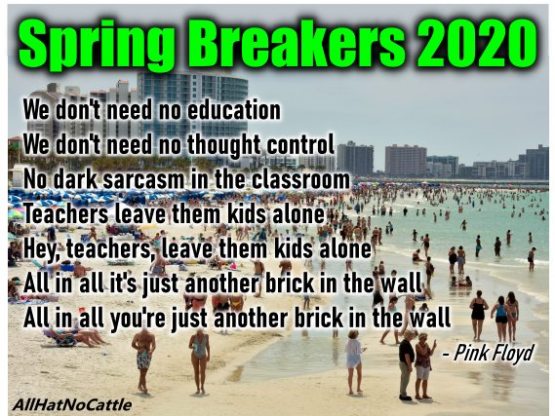 Florida governor refuses to shut down beaches amid spread of coronavirus
Gov. Ron DeSantis said it's "not uniform throughout the state that you're seeing massive crowds at beaches," despite videos of gatherings in Tampa Bay.


If you can’t say anything nice about Trump, then you’re a good judge of character. - Jeffrey Guterman 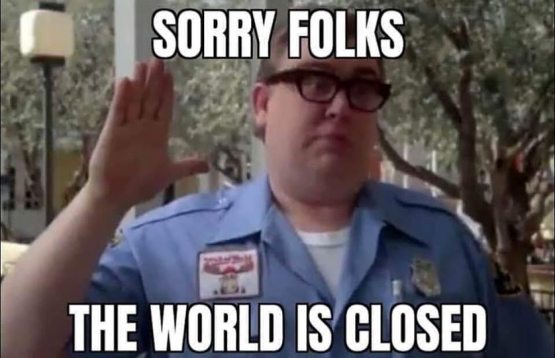 This morning a White House official referred to #Coronavirus as the “Kung-Flu” to my face. Makes me wonder what they’re calling it behind my back. - Weijia Jiang, CBS 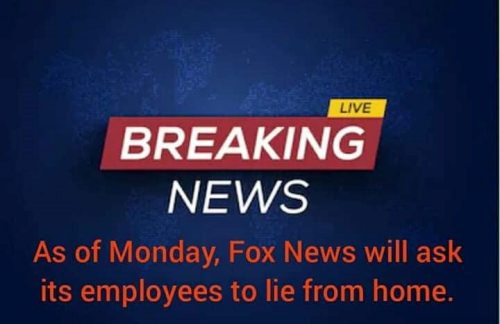 It's Going To Get Worse, Folks
A plan developed by the federal government to combat the coronavirus reportedly projects the pandemic will last 18 months or more and could feature multiple “waves,” The New York Times reported.
“Shortages of products may occur, impacting health care, emergency services, and other elements of critical infrastructure,” the plan warns...


The Senate voted not to remove Trump February 5th. It seems like a lifetime ago. 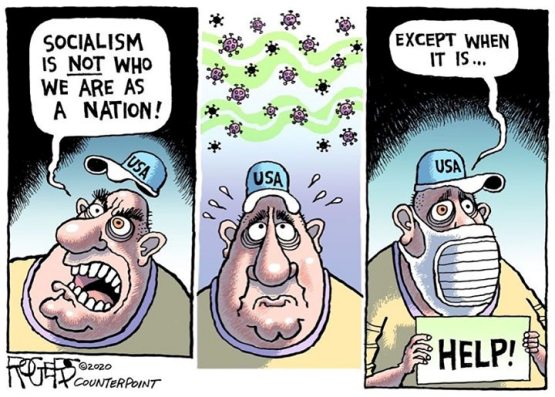 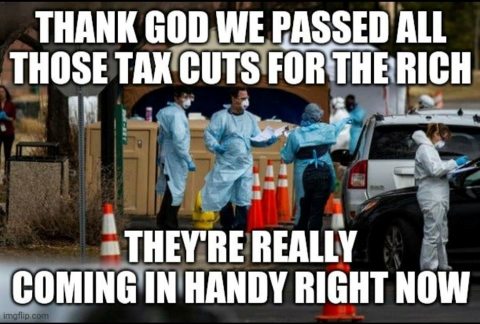 Dr. Fauci said he has no idea who locked Jared Kushner in the bathroom. - Andy Borowitz 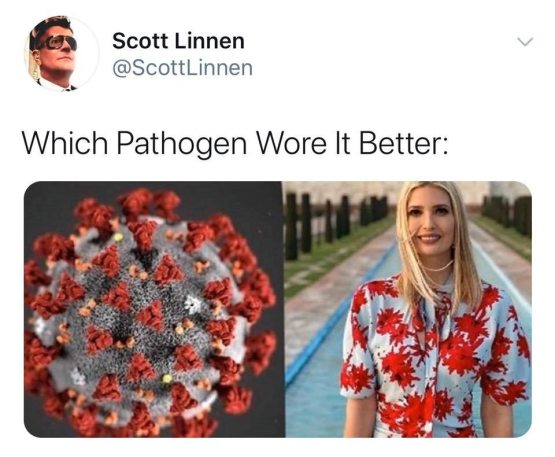 Californians Are Going To Mexico To Buy Toilet Paper
Desperate Californians are flooding into Northern Baja in search of water, toilet paper and other items.
An hour before the Costco in Tijuana opened Tuesday morning, there was already a line forming. Employees said that in recent days, by 10 a.m., there have been 600 people in line. They know this because the store only has 600 shopping carts and those have all been taken.


"Trump's tweetin' today like Bob Mueller is standin' in the White House driveway with a grand jury subpoena." - Tea Pain 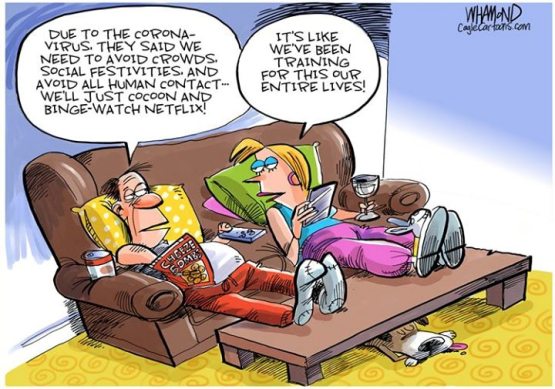 
In my lifetime Republicans have ignored the AIDS epidemic, crushed union workers, exploited a terror attack on my hometown to justify an immoral war, tank the economy, let New Orleans get destroyed, and let a pandemic grind our country to a halt so I tend to vote for democrats. - Tom Brennan 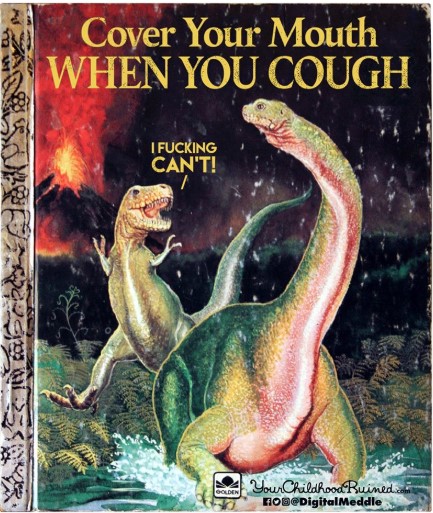 Trump's Coronavirus Plan Isn't Going Well
Morning Joe chief medical correspondent Dr. Dave Campbell warned that the U.S. doesn’t have enough ventilators to deal with the coronavirus, partially because they were already bought out by other countries ahead of time. 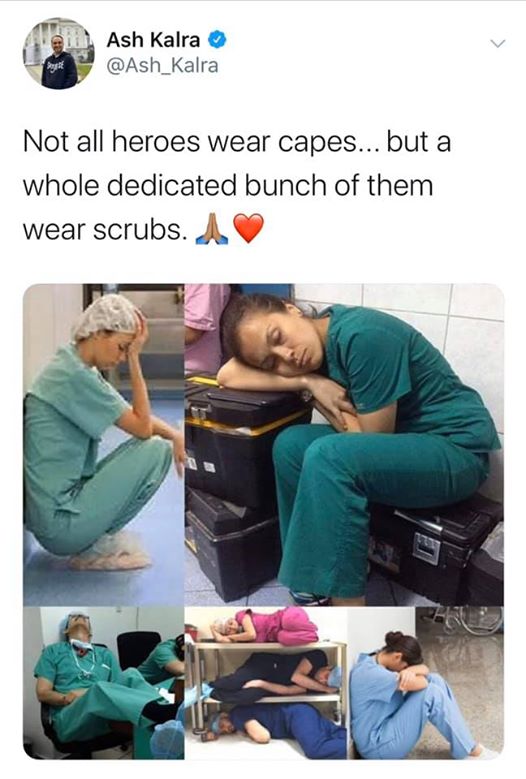 
Ashish Jha, director of the Harvard Global Health Institute: “The only shot we have, I believe, of staving off the worst is going to a national quarantine for 14 days.” 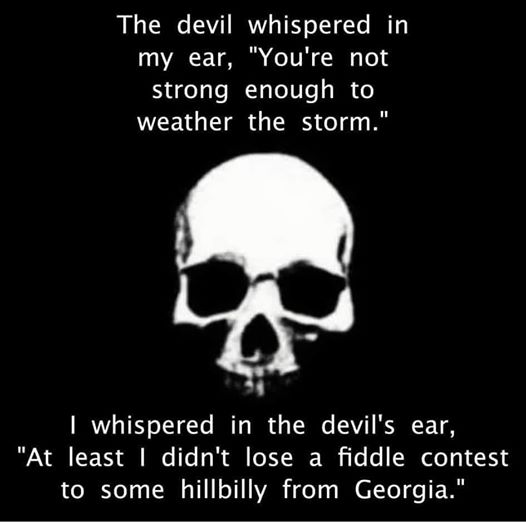 Maybe the only upside to this virus is that I can now blame it for the days I stay in, talk to no one, watch movies, and eat frozen pizza. - Conan O'Brien 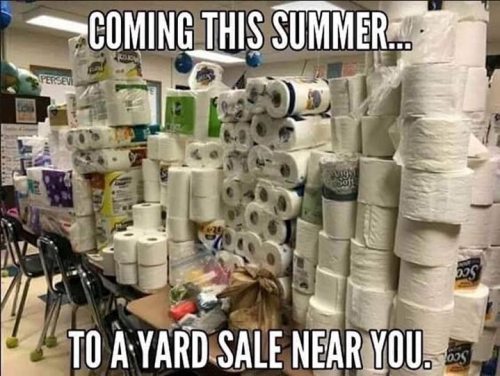 Dow Jones Pulls Down Trump's Pants
The Dow Jones Industrial Average on Wednesday erased all the gains it had made since President Trump took office amid the ongoing economic fallout from the coronavirus epidemic.
The morning of Trump's inauguration, the stock index opened at 19,795 and closed at 19,827. At its lowest point on Wednesday, it fell to 19,700.


Okay guys, I'm getting on the road. If I start seeing abandoned vehicles in the middle of the highway, I'm turning my ass around. - Woman in the Moon