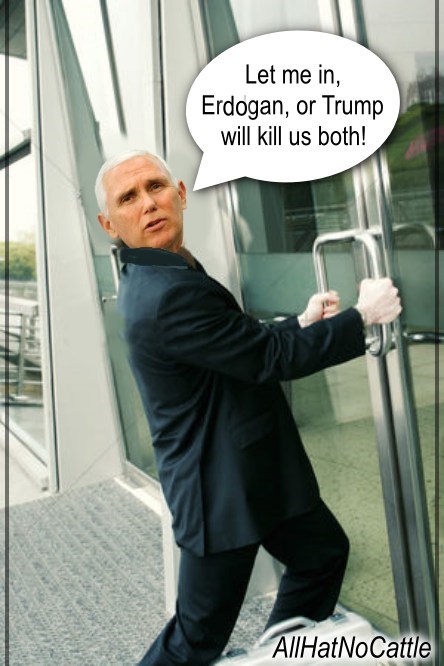 
Mike Pence: “I’m here for my meeting with President Erdogan.”

Receptionist: “I don’t see anything on his calendar.”

Pence: “Did you check ‘Pounce’. It might be under ‘Mike Pounce’.” 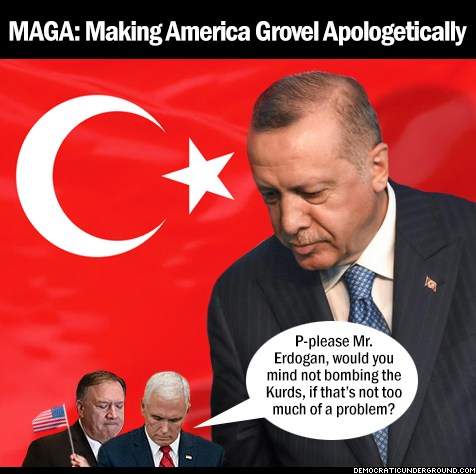 It's absurd. This president is caging kids at the border and letting ISIS terrorists run free. - Julian Castro 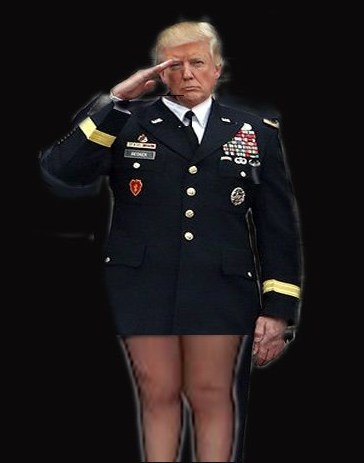 More Obstruction of Justice! I Hope the Sergeant-at-arms Has Plenty of Handcuffs!
Defense Sec. Esper will not comply with a subpoena from House Democrats related to their impeachment inquiry, according to a letter sent Tuesday from the Department of Defense. 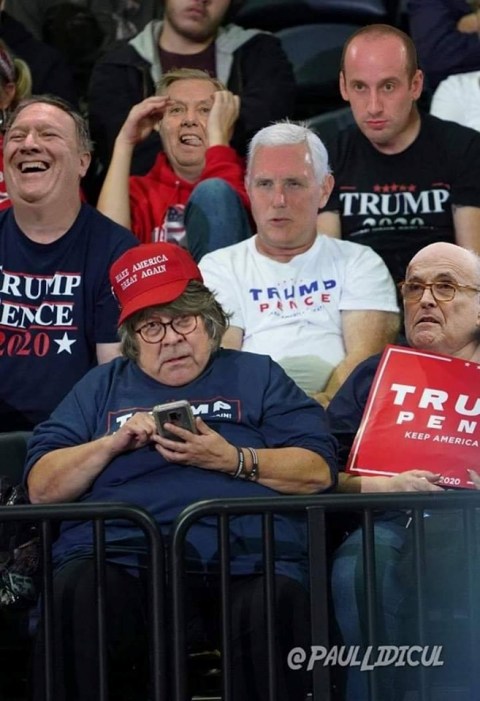 At some point, Mike Pence is going to split open and nothing but a stack of old bibles will spill out. - The Hoarse Whisperer 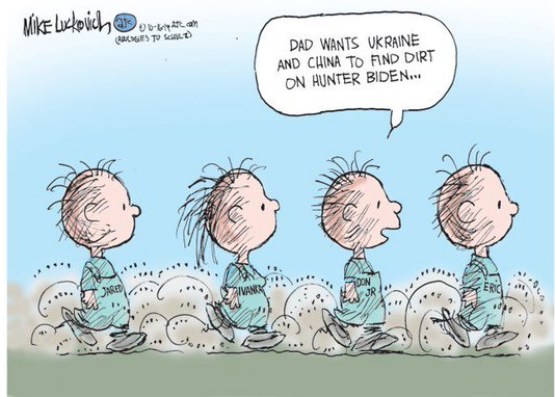 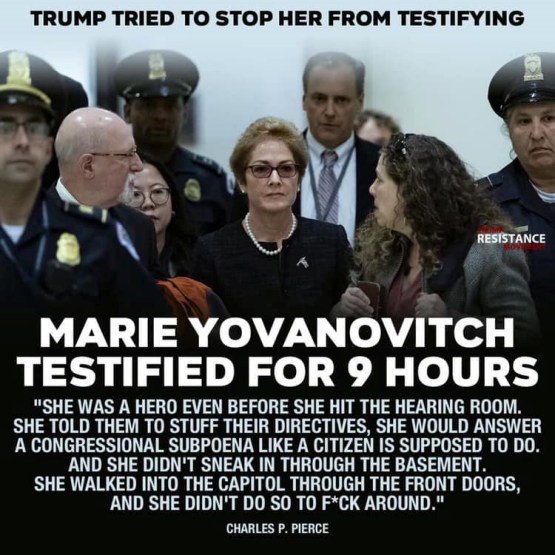 Lay Low or You'll Swim With The Fishes
State Department official George Kent told lawmakers in a closed-door deposition Tuesday that acting White House chief of staff Mick Mulvaney appointed three other Trump administration officials to spearhead the president's efforts in Ukraine...Kent also testified that after the May 23 meeting, he was told to “lay low” by a superior when he raised concerns about Trump’s personal lawyer Rudy Giuliani, who was working to pressure the Ukrainian government to investigate Hunter Biden, the son of former Vice President Joe Biden. 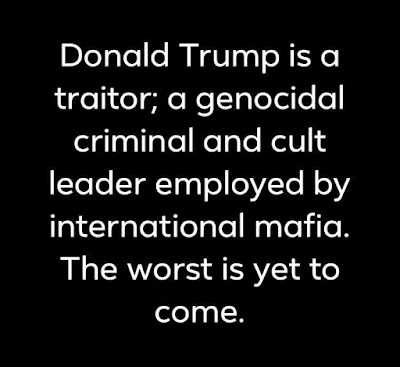 Trump: “our relationship with Italy goes back thousands of years”. (yes he said that) 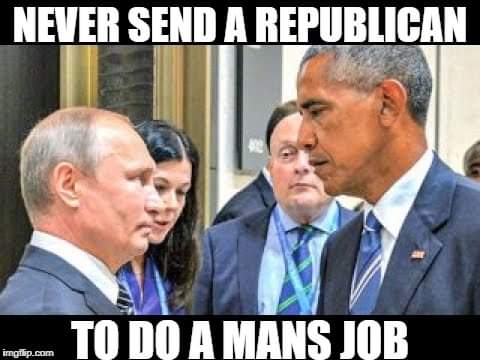 Debate: What debate? After 3 years of Trump's cruelty, crudity, stupidity, and schoolyard taunts, any one of these intelligent, caring people would be like aloe vera on a bad sunburn. - Stephen King 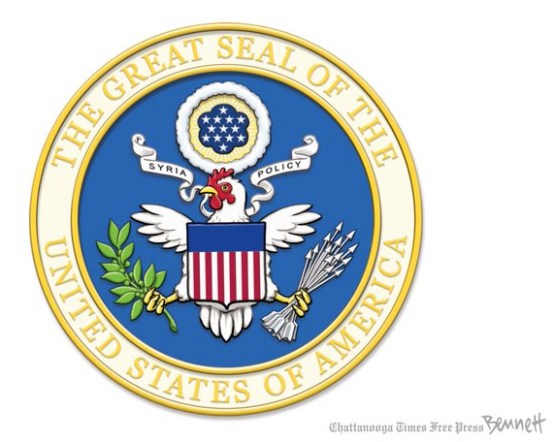 Donald Dons Tin Foil Distraction Hat
Donald Trump on Wednesday accused Barack Obama of interfering in the 2016 election as he demanded to see the Democrats' hacked email server and claimed this is what Rudy Giuliani was working on with the Ukraine.


Amazing. Trump is now using the playbook he uses when one of his sexual assault victims comes forward. - Josh Marshall 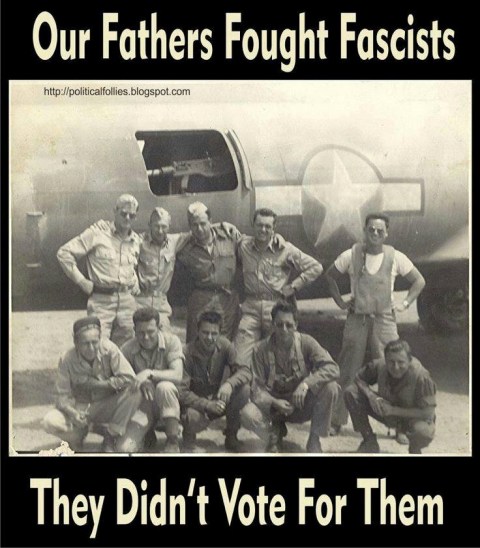 
Trump Supporter Comes Away From Democratic Debate With Pretty Clear Idea Of Which Candidate He’s Going To Kill. - The Onion 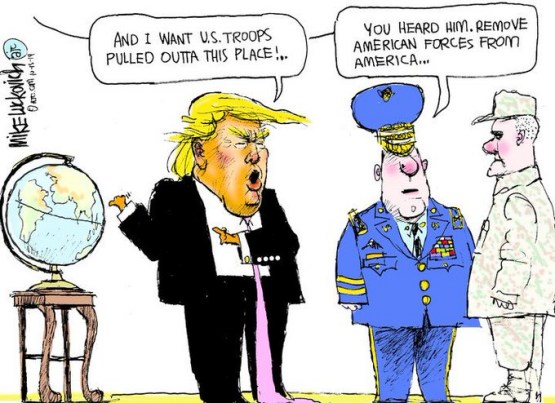 Imagine a White House so toxic and out of control that blood-spattered lunatic John Bolton is the adult in the room. we are so fuuuuuuucked. - Jeff Tiedrich 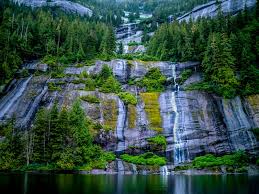 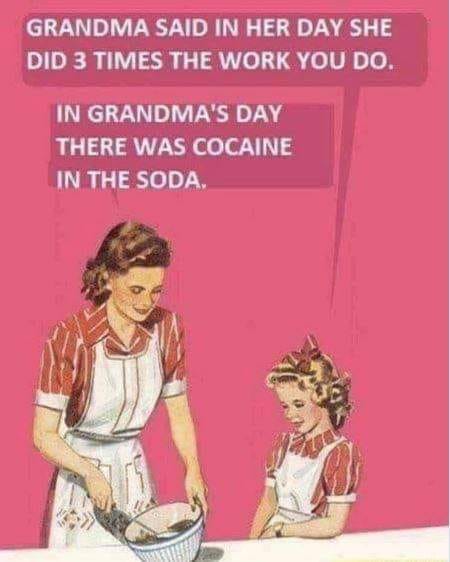