Hope Does Not Spring Eternal 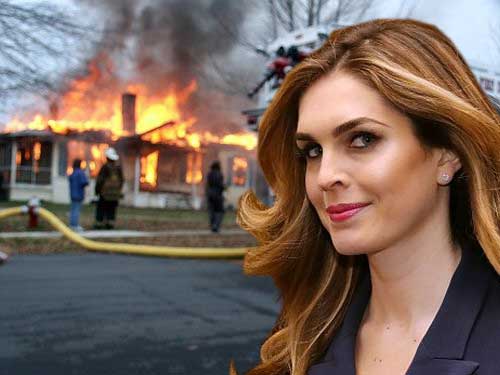 Hope Hicks is resigning from the White House
White House communications director Hope Hicks, one of President Donald Trump's longest-serving and closest aides, is resigning, the White House confirmed Wednesday.
Hicks' departure capped her meteoric rise from Trump Organization communications aide to the upper crust of power in Washington in just a few years, during which Hicks sought to maintain a remarkably low profile for someone in her position


She should've quit because of this 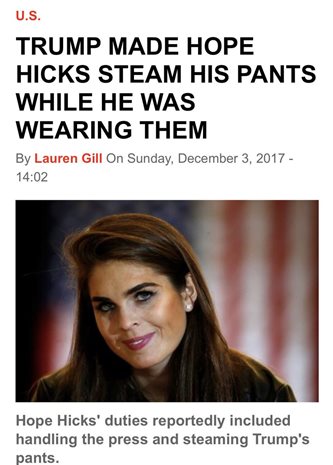 Every night is Watergate now. We don’t even have a vocabulary for the volume and magnitude of corruption.
It’s like a Sherlock Holmes novel where the killer just murders people in front of Sherlock one after another, then he painstakingly examines the bodies for clues. - Jesse Lee 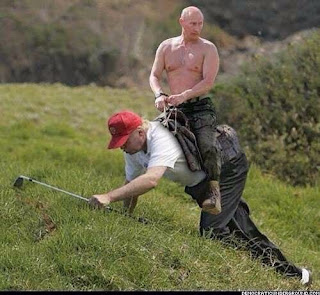 No Response From Trump On The Video Bombing Of Mar-a-lago By Putin. Jesus.
Russian President Vladimir Putin used a concept video of unlimited range nuclear warheads apparently raining down on Florida -- President Trump's home away from home -- to tout his country's new firepower 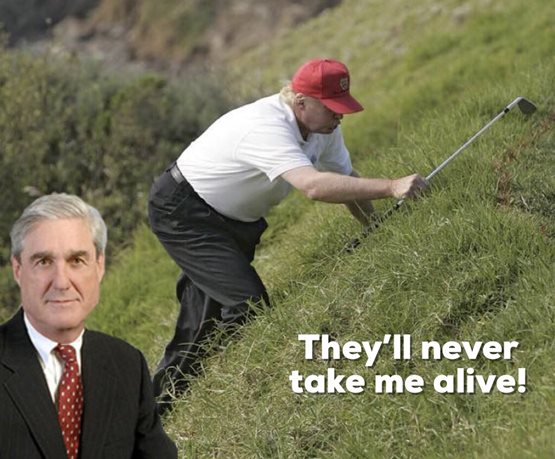 This White House is like Game of Thrones except you don't like any of the characters. - Kyle Volz


Trump Is Handing The USA To Putin On A Cyber Platter
President Trump’s choice to lead the National Security Agency (NSA) said Thursday that the United States’ response to Russian election interference has not been sufficient enough to change Moscow’s behavior. 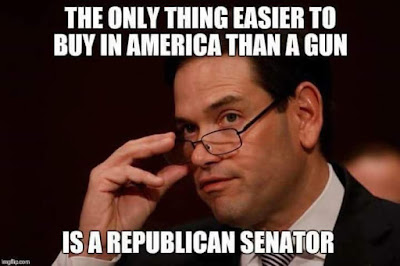 So Ken Starr, who leveraged a mandate to investigate a 1980s land deal to try to impeach a President over a mid 90s extramarital affair is telling us Bob Mueller is exceeding his mandate? Lol. Okay, sure. Why not? - Josh Marshall 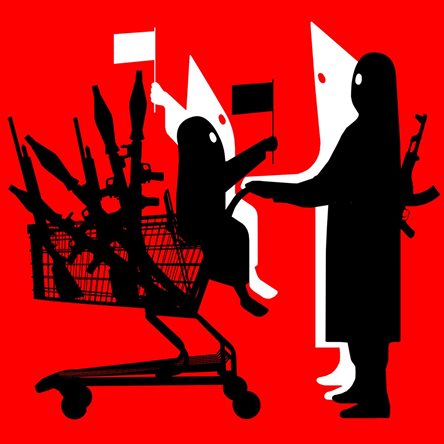 31% of Americans believe trump would've ran into the school unarmed.
69% wish he had. - Allen Marshall 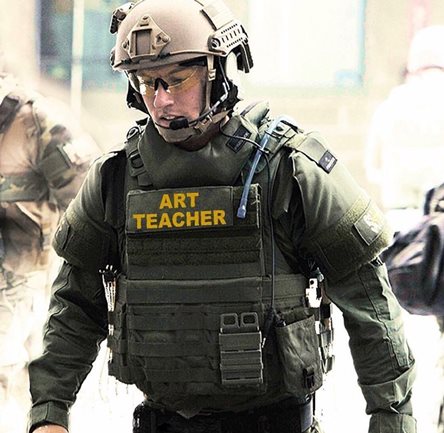 This reminds me of the scene in the first "Planet of the Apes" movie where people are worshipping a golden nuclear bomb.
Apparently that's where we're headed.
Hundreds of couples toting AR-15 rifles packed a Unification church in Pennsylvania on Wednesday to have their marriages blessed and their weapons celebrated as "rods of iron" that could have saved lives in a recent Florida school shooting. 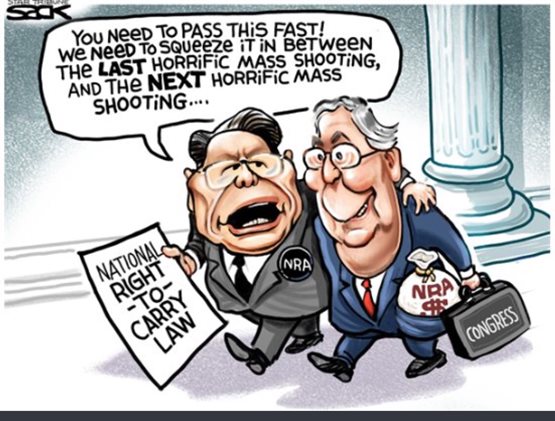 Feeling a whole lot better today as we watch Trump being taken down by his staff, his friends, his foes and reports by the non-fake news columnists and commentators. As Trump goes down, America goes up! - Carl Reiner 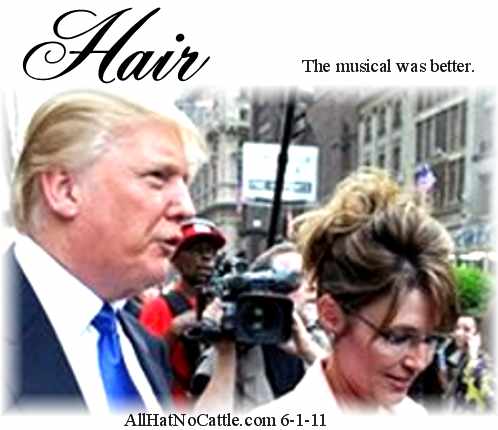 
Hope left the White House over a year ago. -  Jessie Dean 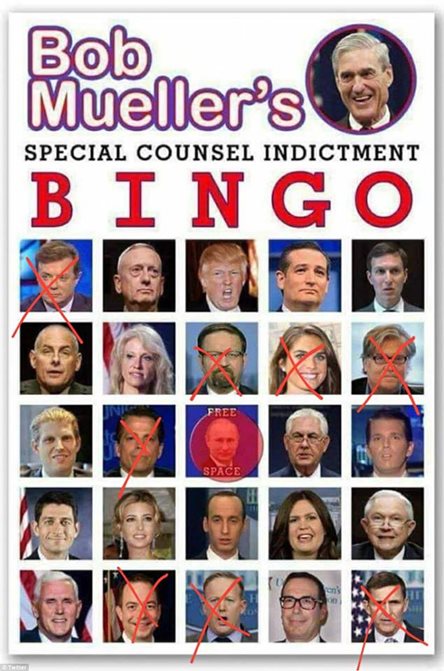 If Hillary Clinton were President right now, it would just be another boring Wednesday and twitter would be full of camel “hump day” gifs, people whining about “it needs to be Friday” and tweets about the horrible Bachelor season. - RedPainter1 tweet 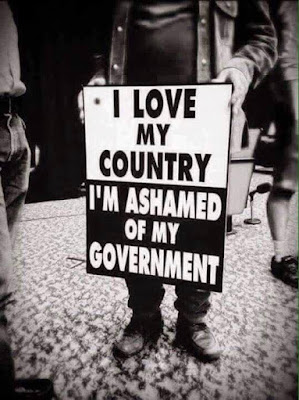 Racists Everywhere, Even The Interior Dept.
An Interior Department special assistant resigned Wednesday after a search of her social media accounts revealed that she routinely shared conspiracy theories, false statements and racially tinged comments about Muslims and African-Americans.
Christine Bauserman, who worked in the office of the assistant secretary for lands and minerals and often attended policy briefings with Interior Secretary Ryan Zinke, quit immediately after her social media activity was revealed by CNN. In her role, she attended at least nine meetings with the secretary in September alone. 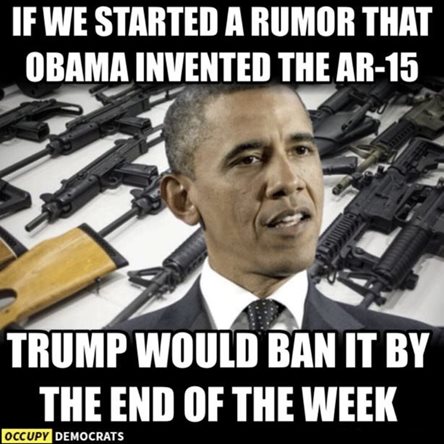 The only thing that can stop a bad guy with a gun is a good guy with a vote. - Ed Krassenstein 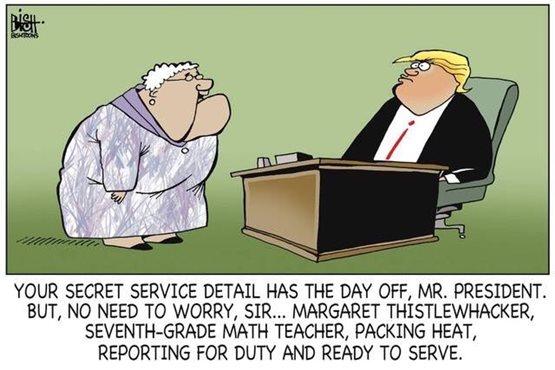 2018 is the year that Dicks and Walmart have done more for gun control than Washington...which is lead by a reality tv actor. - Tony Posnanski 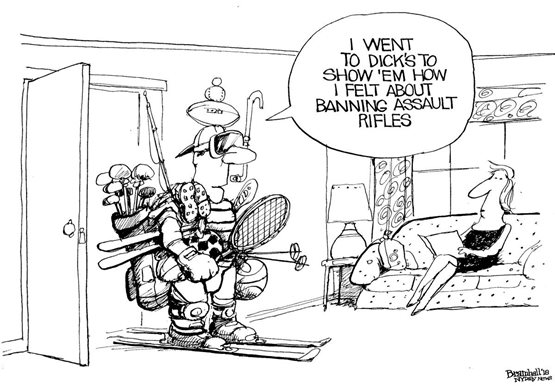 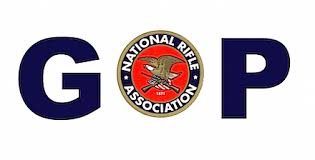 Georgia Takes Tax Break Away From Delta For NRA Retaliation
A Georgia Senate committee has moved to get rid of a part of a bill that includes a tax break that would benefit Delta Airlines after the airline sought to distance itself from the National Rifle Association (NRA). 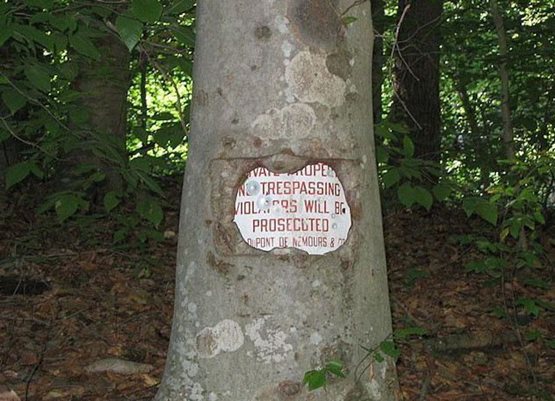