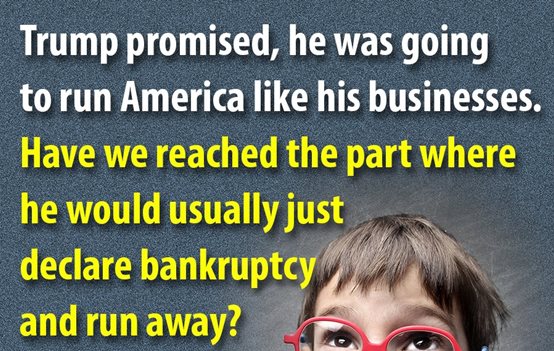 Donald Trump points finger at Samsung for lost FBI messages
Around 50,000 texts between FBI agents from December 2016 to May 2017 are apparently unrecoverable, and Trump tweets that Samsung may be to blame.


"Nationalism is an infantile disease. It is the measles of mankind."- Albert Einstein

Raise your hand if Robert Mueller isn't interviewing you 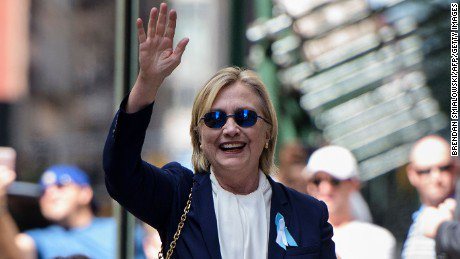 
Rick Gates' Spokesman Dies In Afghanistan Attack
A spokesman for Rick Gates, the former Trump campaign official indicted in the Russia investigation, was killed over the weekend in Afghanistan during the bombing and siege of a hotel that catered to foreigners. 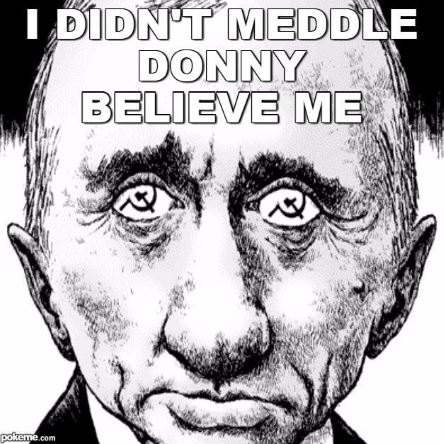 Remember when Trump fired Sally Yates for telling the truth and then allowed Michael Flynn to resign for lying? - Andy Borowitz 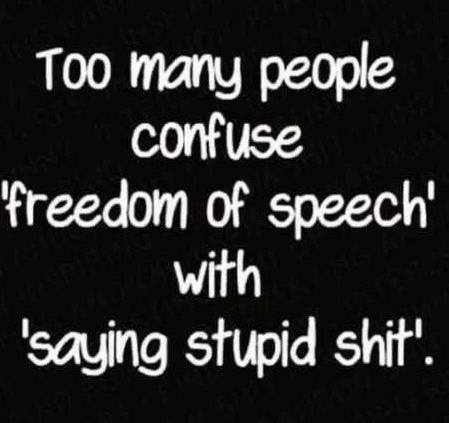 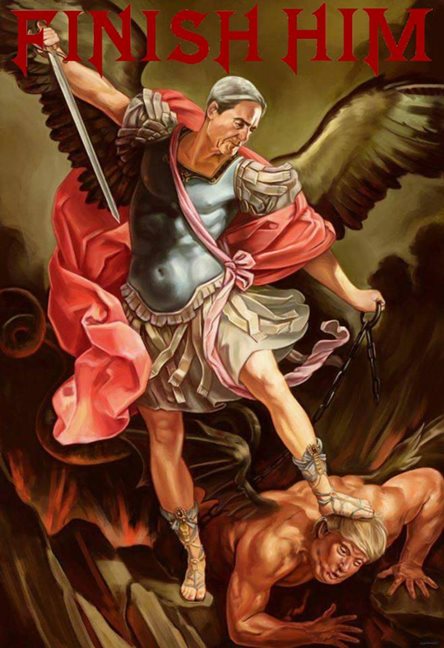 Stunning fact from 12 months of Russia/obstruction news: not ONE news item has ever exonerated the White House, even for a single news cycle. 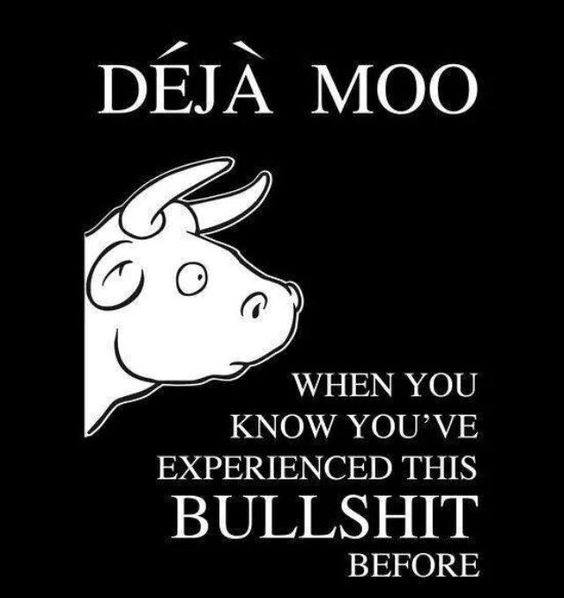 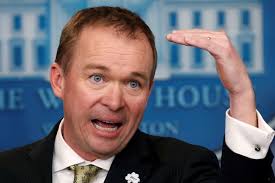 I Think This Guy Tried To Sell Me A Used Car Once
Payday lenders appear to have a powerful friend in Washington.
Former Republican congressman Mick Mulvaney is the interim head of the Consumer Financial Protection Bureau. He was appointed by President Trump amid an ongoing a power struggle for control of the bureau.
Watchdog groups are up in arms because, under Mulvaney, the CFPB has put on hold a rule that would restrict payday lenders and their high-interest-rate loans. The agency has also dropped a lawsuit against online lenders charging 900-percent interest rates. 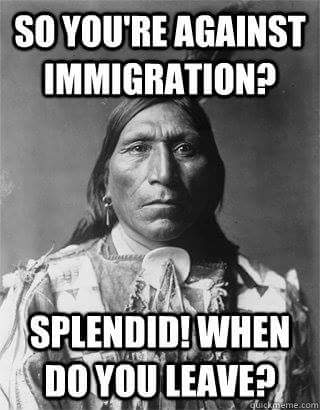 According to The Washington Post, Robert Mueller, the special counsel, wants to interview President Trump. The main thing will be to get him to answer questions between bites of cheeseburger.- Jimmy Kimmel 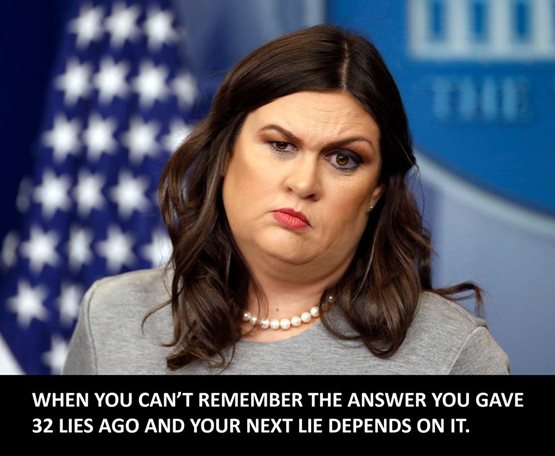 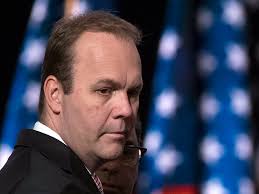 Is The Mueller Squeeze Working?
Former Trump campaign aide Rick Gates has quietly added a prominent white-collar attorney, Tom Green, to his defense team, signaling that Gates' approach to his not-guilty plea could be changing behind the scenes.


Today a White House adviser compared President Trump to Houdini, because “if you keep him in a cage, he’s gonna get out.” When asked how he knows that, he said, “’Cuz we put him in a cage... and he got out.”- Jimmy Fallon 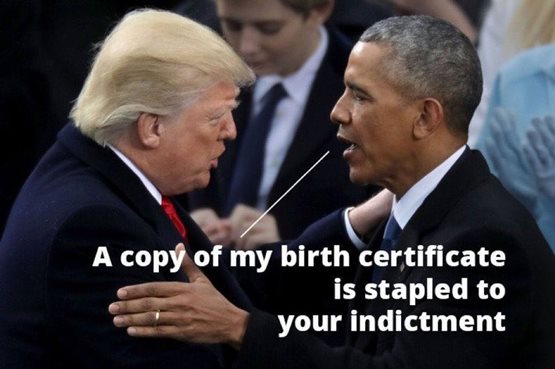 We know Trump watches Fox News commercials because he just put a reverse mortgage on the White House. - Conan O'Brien 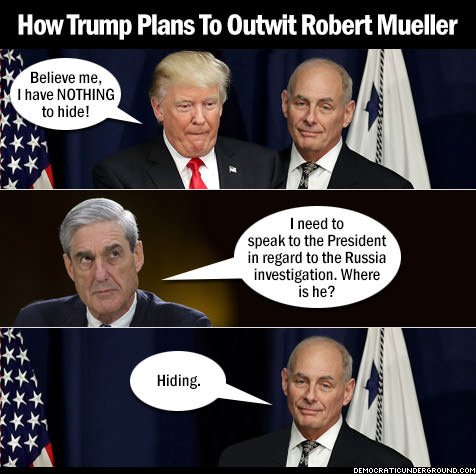 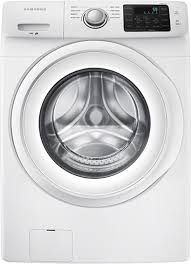 The Vendetta Against Samsung
Behold, the tariff-man cometh. During his presidential campaign, Donald Trump consistently riffed on the idea that the United States was losing, most notably on trade. Post-election Trump has somewhat cooled on the rhetoric and has rebuffed advisors that advocate for radical trade actions. That all changed this month with the administration unveiling the first of its protectionist policies... Acting on a request from Whirlpool (NYSE: WHR), the Trump administration slapped tariffs on washing machines, targeting South Korean conglomerates Samsung (NASDAQOTH: SSNLF) and LG Electronics. In the end, the world's largest publicly traded company, Apple (NASDAQ: AAPL) could be dragged into the fray. 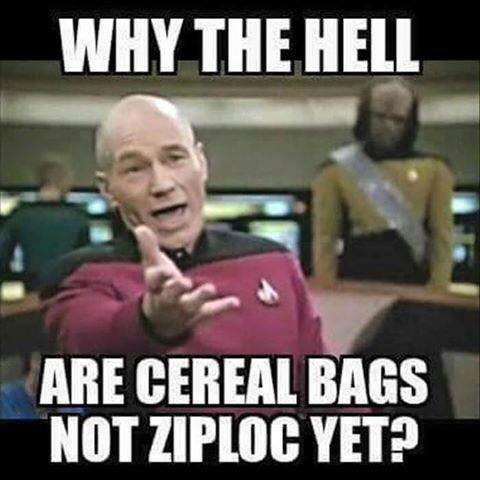 
NOTICE: I don't think I am completely over the flu yet. I fell asleep yesterday midway through posting AHNC. Mea culpa. 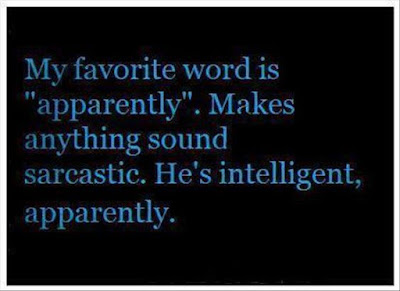