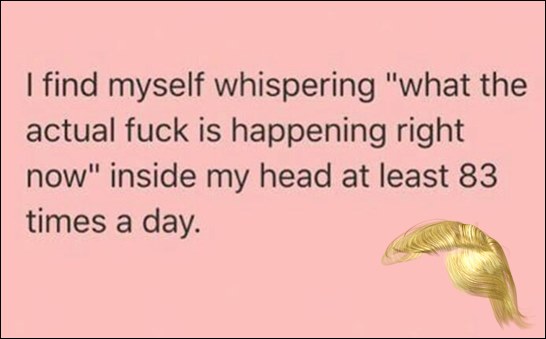 Franken resigns in defiant floor speech
"There is some irony that I am leaving while a man who bragged on tape about his history of sexual assault sits in the Oval Office, and a man who preyed on young girls runs for Senate with the full support of his party." 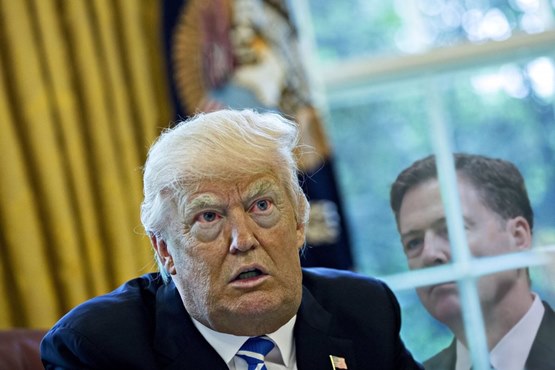 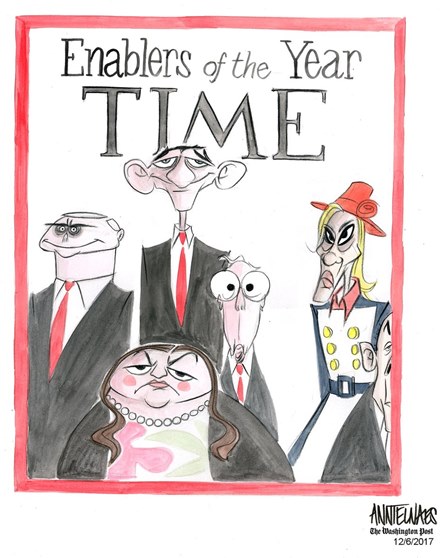 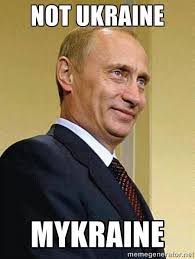 Tillerson & Ukraine?
U.S. Secretary of State Rex Tillerson said Thursday that Ukraine was the sole sticking point keeping the United States and Russia from forging a closer relationship, suggesting that all other disputes were secondary.
“The issue that stands in the way is Ukraine,” Tillerson said.

Olympic officials first got suspicious that Russians were using performance-enhancing drugs when the Russians set a new speed record for skiing UP the mountain. - James Corden 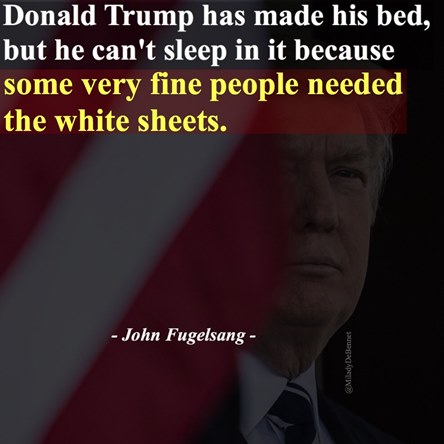 Dumb As A Trump
Donald Trump Jr. on Wednesday cited attorney-client privilege to avoid telling lawmakers about a conversation he had with his father, President Donald Trump, after news broke this summer that the younger Trump — and top campaign brass — had met with Russia-connected individuals in Trump Tower during the 2016 campaign.

I now look forward to seeing Donald Trump and Roy Moore do the right thing.

Let me know when it happens.

**slowly dies and, over a period of years, turns to dust** - Rex Huppke 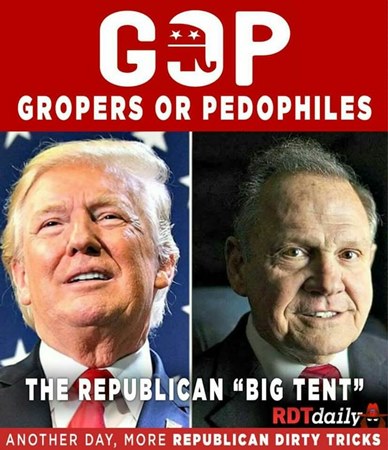 Giving an important speech on the Middle East? You don't want to lose the audience - or your bottom teeth! Next time, use SUPER POLIGRIP® DENTURE ADHESIVES! Just 'cause you've lost your mind doesn't mean you have to lose your dentures! - Mrs. Betty Bowers 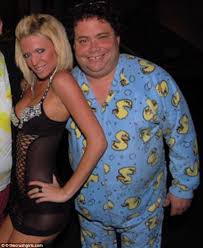 GOP Congressman Wants To Pay Back $84K
A Texas Congressman said Monday he would pay back the $84,000 in taxpayer money that was used to settle a sexual harassment lawsuit that was filed by a former employee.
“Even though I was completely exonerated by [the Office of Congressional Ethics] and the settlement agreement has been paid, I am doing my best and am going to hand a check over this week to, probably Speaker Ryan or somebody, and say, look, here is the amount of my settlement. Give it back to the taxpayers,” Farenthold said


The only thing that will make Republicans happier than Franken resigning is if the child molester beats the Democrat in Alabama. - OhNoSheTwint 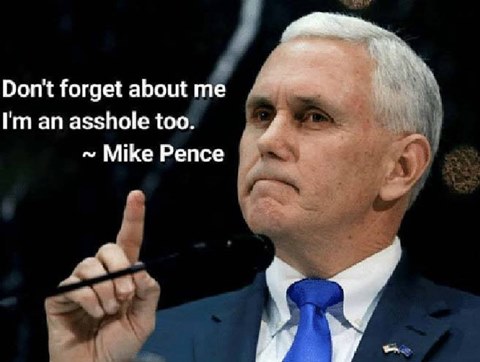 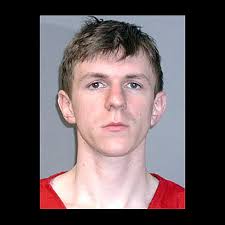 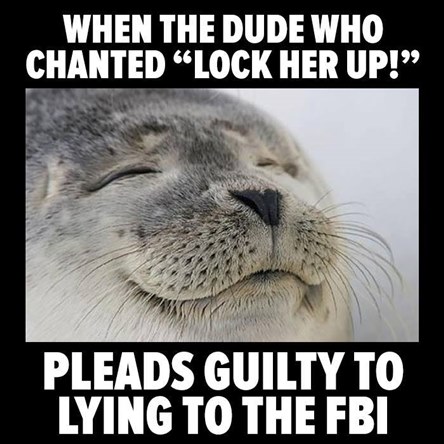 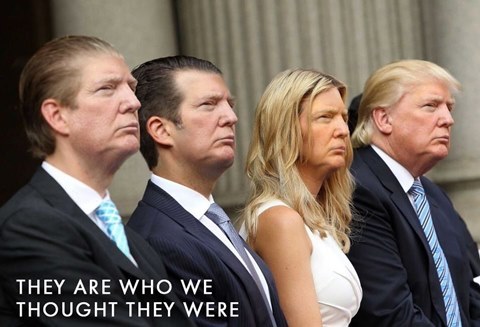 Steaming Trump's Pants. Ew.
Former Trump campaign manager Corey Lewandowski told CNN Thursday that he steamed Donald Trump's pants as part of his responsibilities on the 2016 campaign trail.
In a conversation with "New Day" anchor Alisyn Camerota, Lewandowski was expanding on an anecdote in his campaign memoir, "Let Trump Be Trump," in which he revealed that campaign spokeswoman and current White House communications director Hope Hicks was tasked with steaming the candidate's suits on his private plane -- while he was wearing them.

Really, Republicans, baking a wedding cake for a gay couple probably won’t damage the nation’s morality as much as electing a child molester to the Senate.- Andy Borowitz 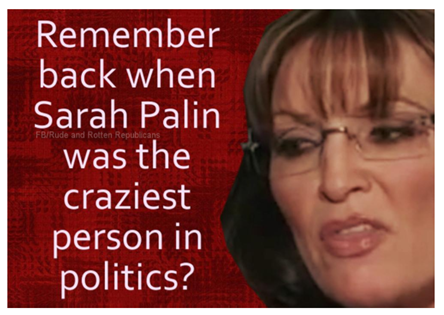 Russians Are Everywhere
A Russian oligarch whose business dealings have come under scrutiny by investigators probing Russian influence in the 2016 presidential election has dropped a libel suit against The Associated Press.
Lawyers for aluminum magnate Oleg Deripaska, who worked closely with indicted former Trump campaign chairman Paul Manafort several years ago, joined with the news service Tuesday in a joint court filing dismissing appeals of a judge's decision in October tossing out the defamation lawsuit. If you think DT's dentures are rebelling against him you should see his arteries.- John Fugelsang 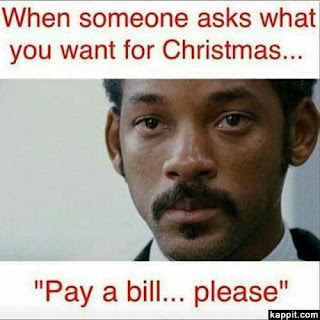 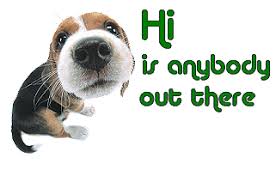