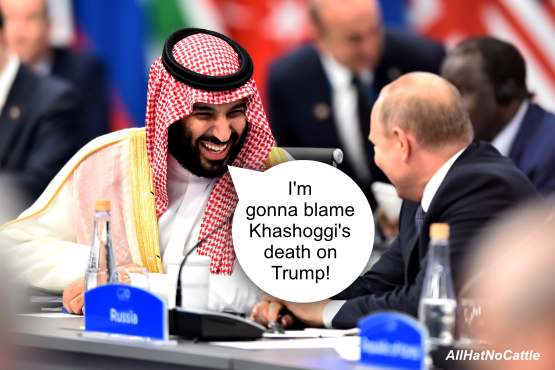 US intelligence report finds Saudi Crown Prince responsible for approving operation that killed Khashoggi
The US intelligence report on the murder of Jamal Khashoggi says that Saudi Arabia's Crown Prince Mohammad bin Salman approved the operation to capture or kill the Saudi journalist.
The US doesn't need Saudi Arabia, they need the US. Bush & Trump both lavished attention on them. Sickening.

Trump helped MBS get a pass for the murder of Jamal Khashoggi and then bragged about it to Bob Woodward. He did this because he knew how deeply Kushner was involved with MBS and by extension so were his own financial interests. - Noel Casler 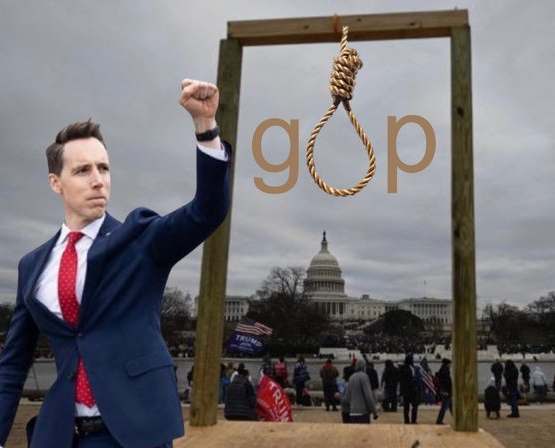 When Donald Trump gets a standing O at CPAC, remember they’re applauding a man who fomented a riot in the US Capital and who, thanks to stupidity, ineptitude, and callous disregard, killed hundreds of thousands of Americans. That is who they are applauding. - Stephen King 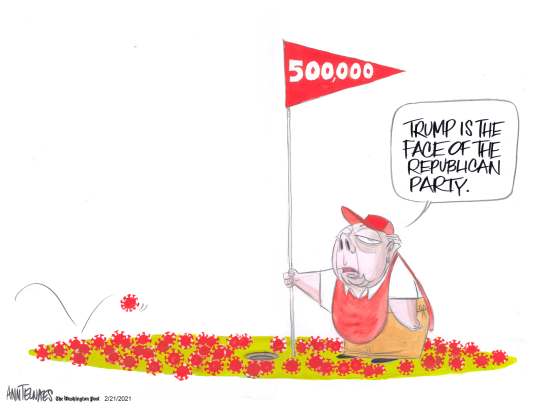 Payback Is A Bitch Alert!
A Donald Trump supporter charged with allegedly breaching the Capitol during last month’s insurrection was turned in by his ex-girlfriend after federal officials say he texted that she was a “moron” if she couldn’t “see the election was stolen.” 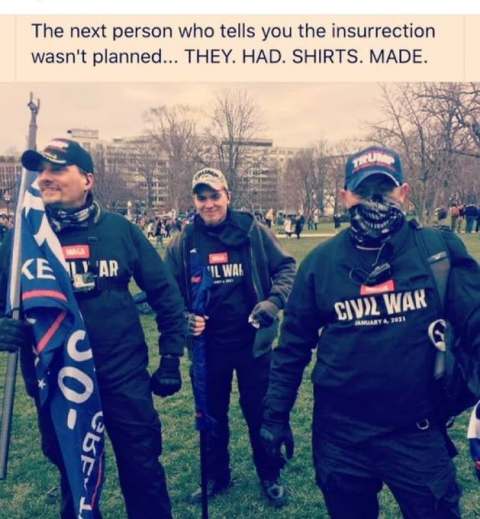 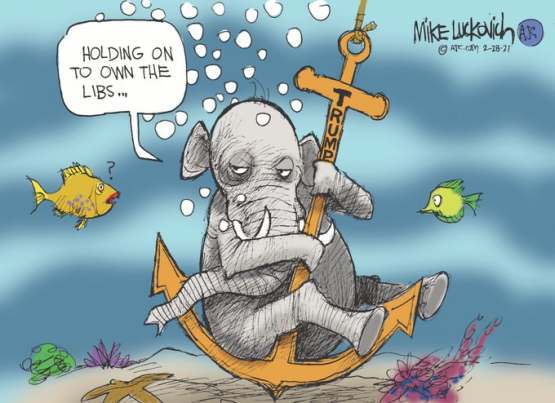 Cult Alert! Cult Alert!
A golden statue of former President Trump was unveiled late Thursday at the Conservative Political Action Conference (CPAC) in Orlando, Fla., quickly prompting ridicule from social media users, many of whom compared it to the Old Testament account of the Golden Calf. 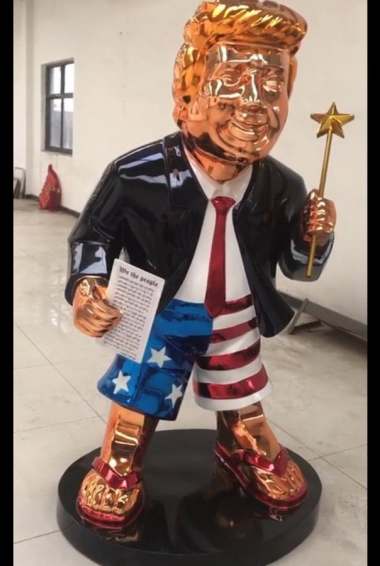 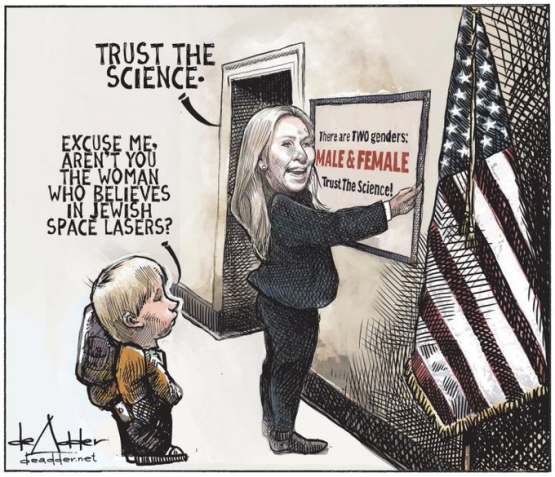 Maybe if Neera Tanden had gotten banned by Twitter for spreading violent and seditious lies Republican senators would be currying favor with her instead of blocking her nomination. - Dan Rather 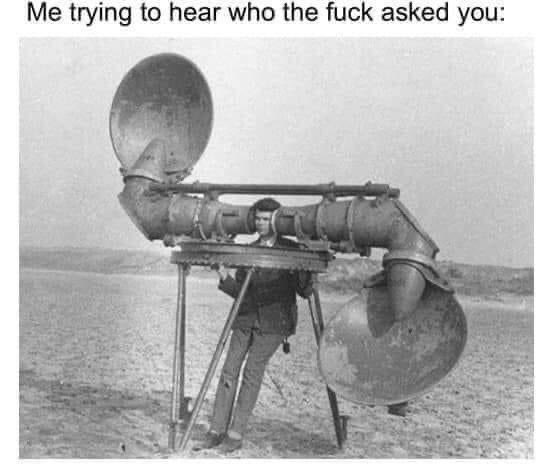 Conservative Christian Cruelty On Display In The Halls Of Congress
Rep. Marjorie Taylor Greene, the Georgia Republican who's become a flashpoint for her promotion of dangerous conspiracy theories, on Wednesday placed an anti-transgender sign outside her office to mock Rep. Marie Newman, a Democrat from Illinois whose daughter is transgender, in a back-and-forth that quickly spread on social media and drew widespread outrage.

Prosecutors Seize Trump’s Tax Returns Seconds Before He Could Flush Them Down Toilet. - Andy Borowitz 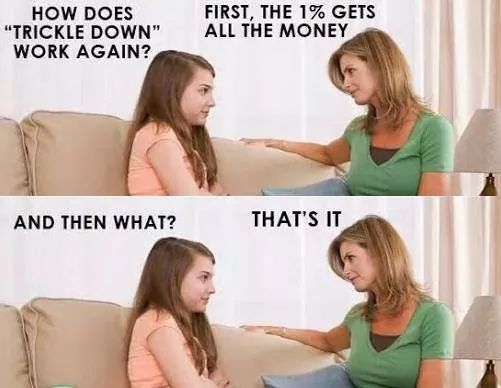 Life is just choosing your subway sandwich when you're 9 and ordering the same one until you die. - Lisa Pizza tweet 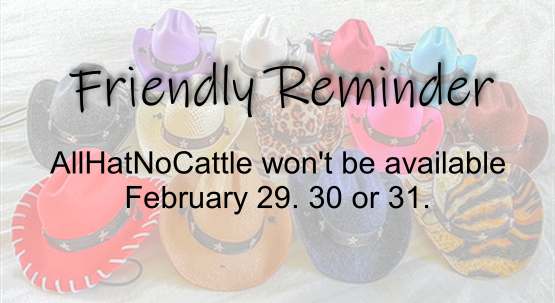 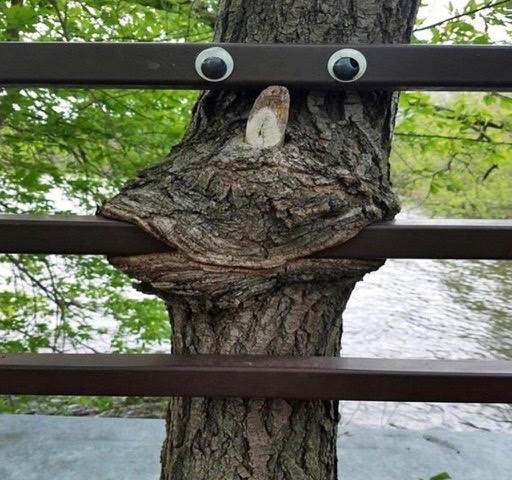 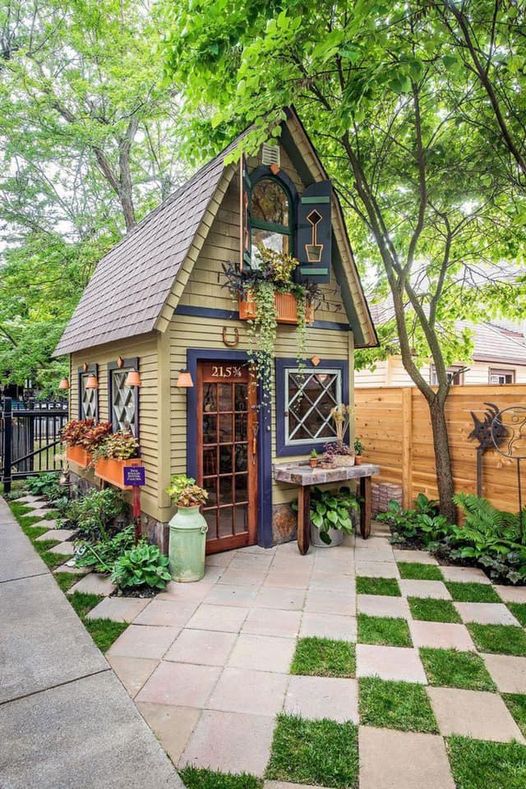