Donald Trump Has At Least $1 Billion In Debt, More Than Twice The Amount He Suggested 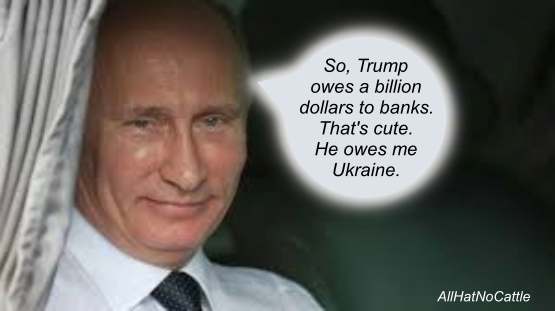 Donald Trump Has At Least $1 Billion In Debt, More Than Twice The Amount He Suggested
No aspect of Donald Trump’s business has been the subject of more speculation than his debt load. Lots of people believe the president owes $400 million, especially after Trump seemed to agree with that figure on national television Thursday night. In reality, however, he owes more than $1 billion.

Joe Biden raised so much money he could pay off Donald Trump's $421 million in personal debt and still have $11 million leftover.- Tim Hogan 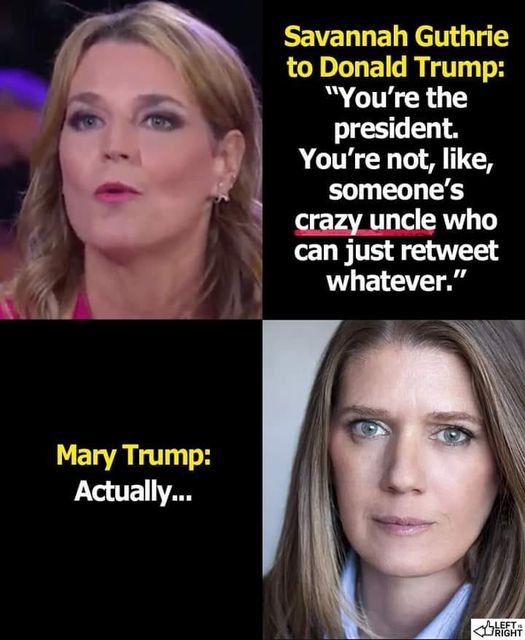 Please don't call Trump Archie Bunker.
Archie Bunker served in a war and was faithful to his wife. - JRehling 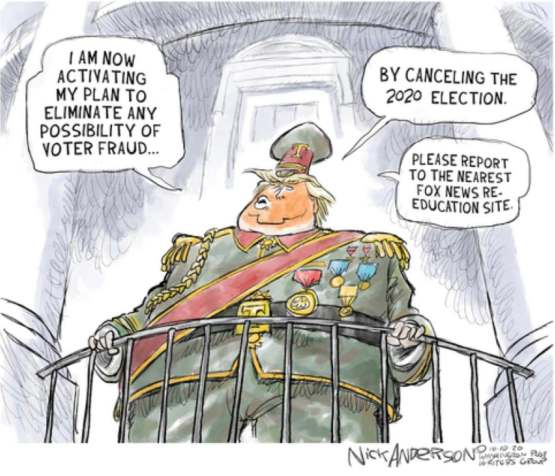 Putin Is Laughing & Laughing & Laughing...
Rudy Giuliani, the personal lawyer and campaign oppo fixer for Donald Trump, has been targeted by Russian intelligence to launder election misinformation about Joe Biden
According to the Washington Post, the U.S. intelligence community made that assessment last year, and went so far as to warn the president that Giuliani could be an unwitting conduit of false or manipulated claims, with the goal of sowing dissension and chaos in the 2020 election. This alert was based on a number of different evidence sources, including intercepted communications. 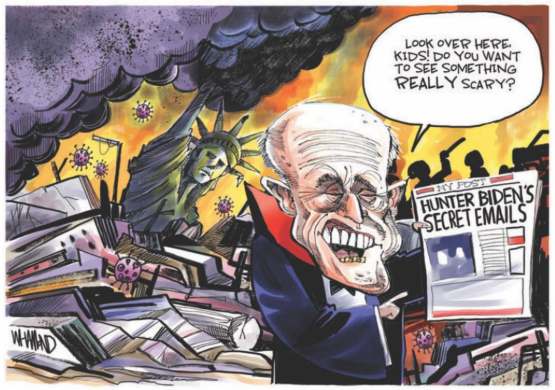 A small point maybe, but I’m horrified that we will have to listen to Amy Coney Barrett’s voice for decades to come. - Andy Borowitz 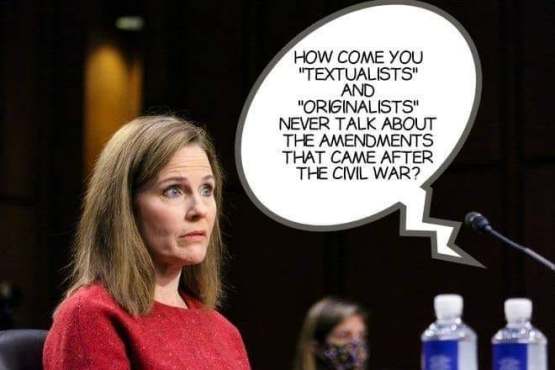 Some Dare Call It Bribery
Omarosa Manigault Newman is currently in a pitched arbitration battle with President Donald Trump‘s 2020 reelection campaign over the former’s alleged violation of a non-disclosure agreement (NDA) covering her brief and controversial tenure in the White House.
But the 45th president’s campaign organization has offered the former Apprentice star an odd and election-oriented out: pay for a nearly million dollar ad campaign telling voters she was wrong to criticize her former boss–or, rather, to say that Trump is great, again. 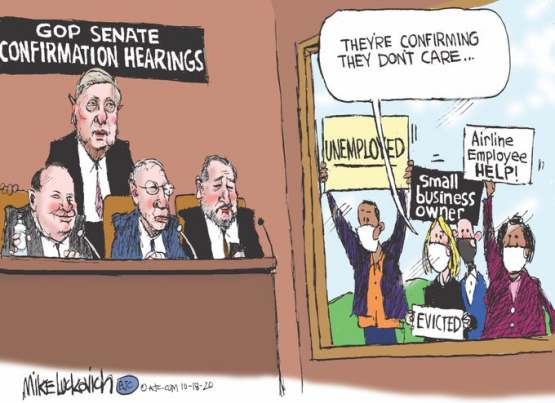 So, just so I follow this story:
Hunter Biden, who lives in Los Angeles, decides to fly 3000 miles across country, to drop off 3 MacBook Pros at a repair shop run by a blind guy who charges the insanely low price of $85.
He gets off the plane and drunk drives to the repair shop. - Dan Sloan 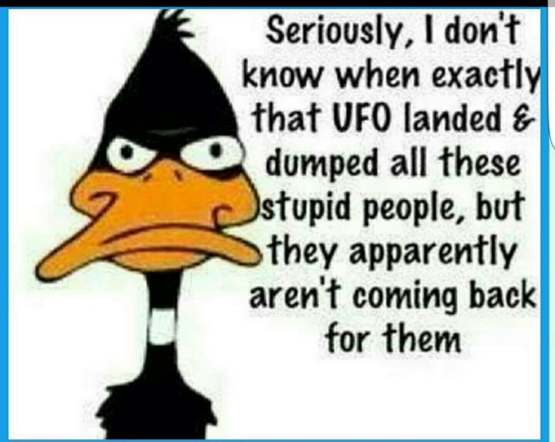 NO AID FOR YOU, CALIFORNIA!
The Trump administration has rejected California's request for a disaster declaration for six destructive wildfires that burned hundreds of thousands of acres across the state, including a massive central California wildfire that has become the single largest in state history.

In 391 CE, Roman Emperor Theodosius declared Christianity the only legal religion of Rome, & ordered all pagan temples to be destroyed. The temple of Serapis at Alexandria was completely destroyed, & with it the second branch of the library. SAME MINDSET AS OUR REPUBLICANS.
- Bette Midler 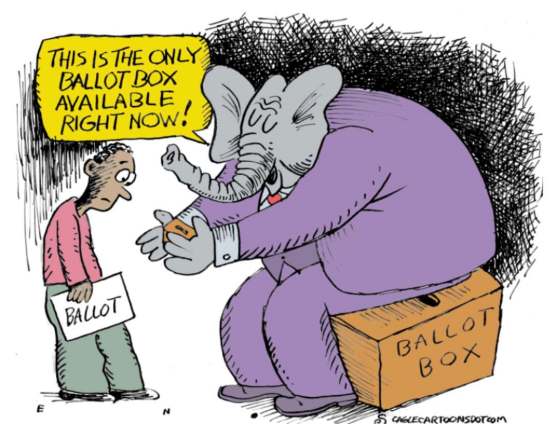 NBC Cancels Reboot of “The Apprentice” After One Episode. - Andy Borowitz 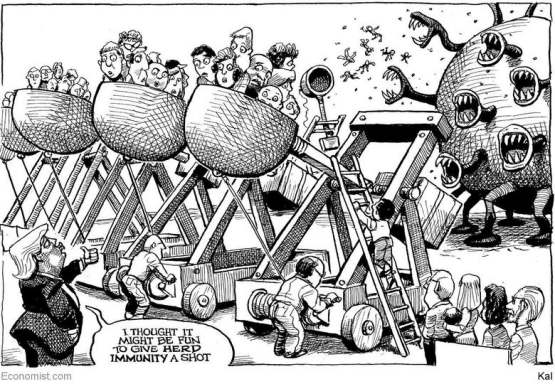 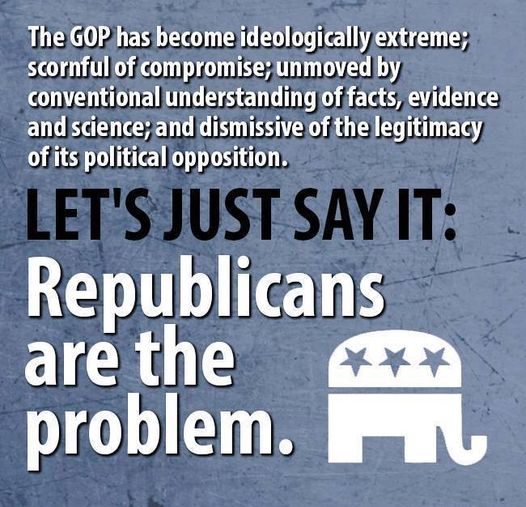 18 days until we begin the healing of America. - The Lincoln Project 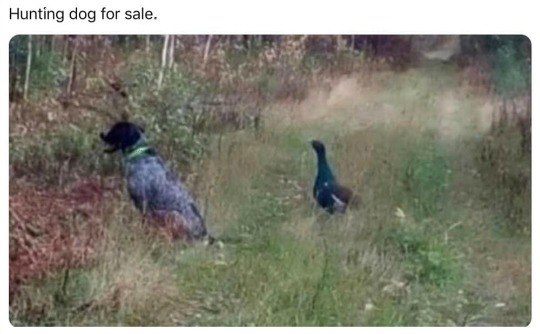 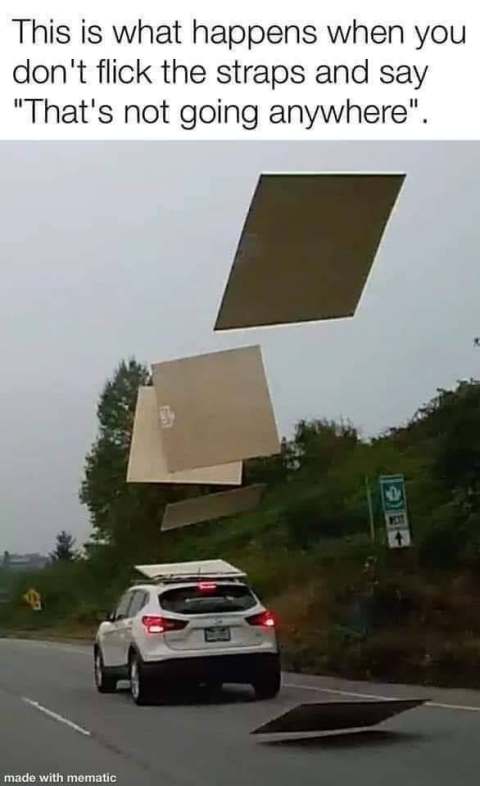 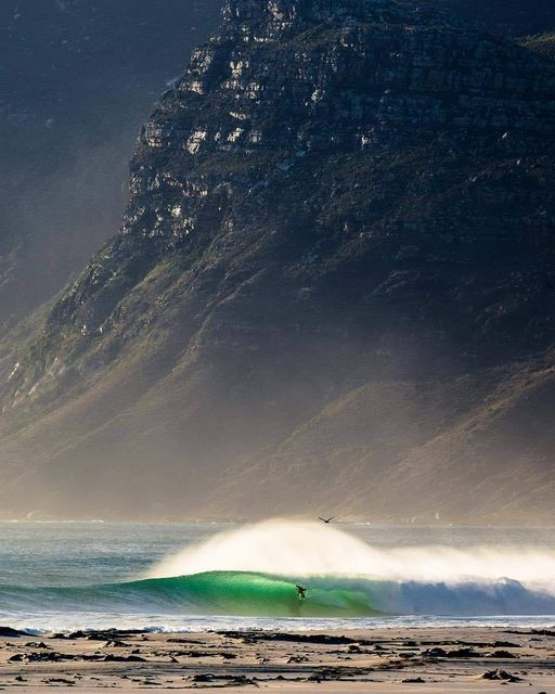 A beautiful wave dwarfed by a huge mountain in Cape Town, South Africa.
Peace.
Posted by Lisa at 3:01 PM