Steve Bannon Got Busted By the Postal Service Police 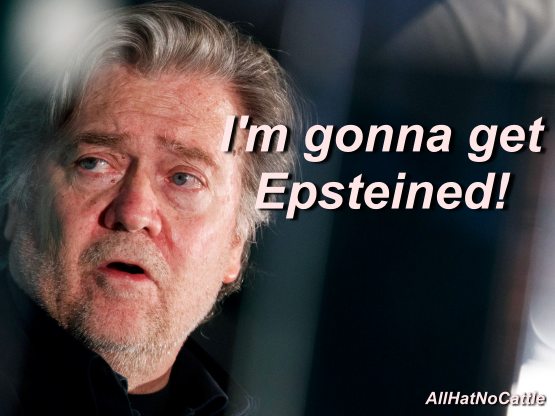 Steve Bannon Got Busted By the Postal Service Police. Well Played, Irony.
Acting U.S. Attorney for the Southern District of New York Audrey Strauss said Bannon, Brian Kolfage, Andrew Badolato and Timothy Shea were arrested Thursday morning. Bannon, 66, is set to appear before a federal judge in Manhattan. The four men are accused of defrauding hundreds of thousands of people who donated to the "We Build the Wall" fundraising campaign that raked in more than $25 million to build a wall along the U.S.-Mexico border, according to the indictment. Federal prosecutors said that while donors were assured 100% of the money raised would be used to build the wall, those claims were false.


So obviously money laundering and fraud and scamming charities are all serious crimes, but... there’s a small part of me laughing at the fact that a bunch of anti-immigrant bigots were the ones who got scammed. - RVAwonk tweet 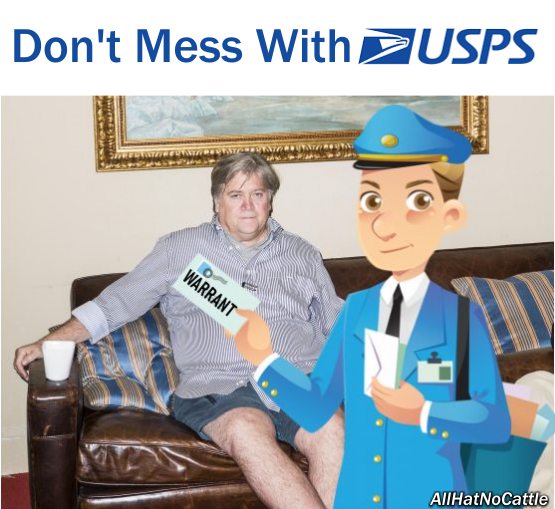 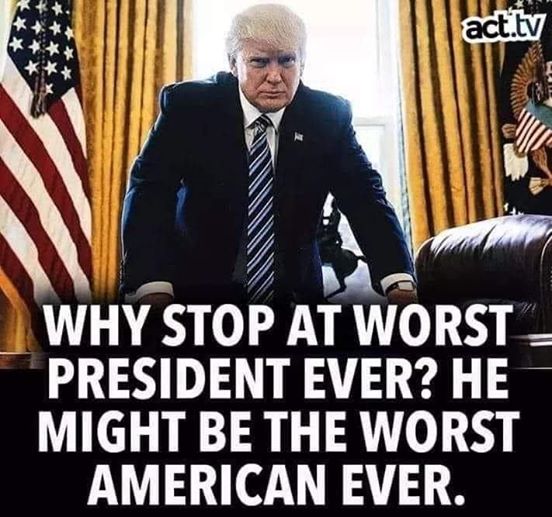 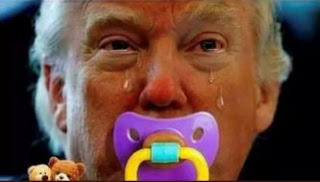 One Of The Many Reasons Trump Is Afraid Of Putin
The Russian opposition activist Alexei Navalny is in a coma and on a ventilator in a hospital intensive care unit after a suspected poisoning.
“We assume that Alexei was poisoned with something mixed into his tea,” his press secretary, Kira Yarmysh, tweeted. “That was the only thing he drank this morning. The doctors say that the toxin was absorbed more quickly because of the hot liquid. Right now Alexei is unconscious.”

The new Senate report on the 2016 Trump-Russia coordination is giving me a real sense of Deja Putin. - Stephen Colbert 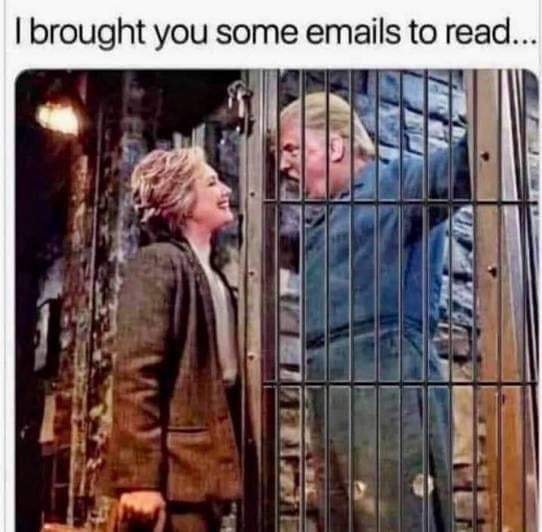 Steve Bannon was arrested and federal judge rules Trump must turn over his tax returns, all on the day Joe Biden accepts the nomination. Boom. - Scott Dworkin tweet 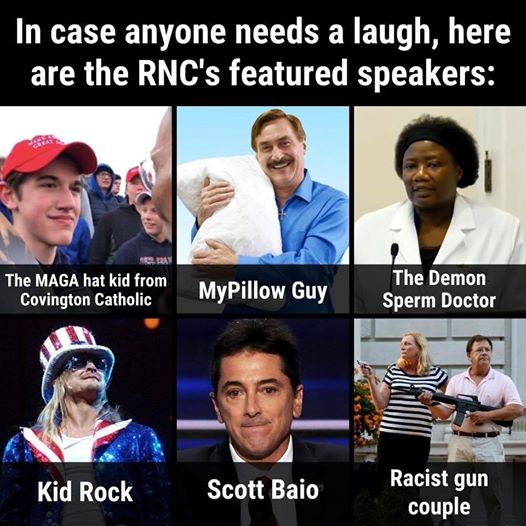 So, How Are Things Going Among Republicans?
Former McCain aide Steve Schmidt fired back at former vice-presidential nominee Sarah Palin with a blistering barrage that accused her of “paranoia, pathological lying, profound ignorance, brittleness and insanity.” 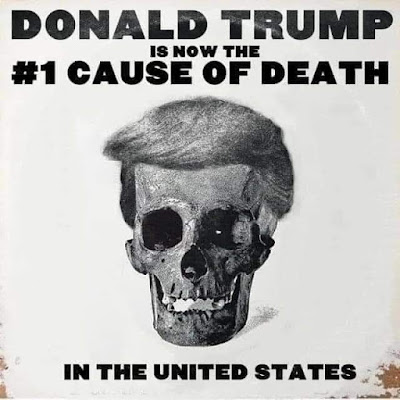 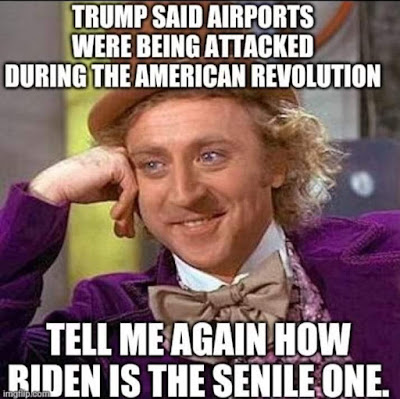 Just another day where none of my former coworkers on Hillary's campaign are going to jail. - Jess McIntosh tweet 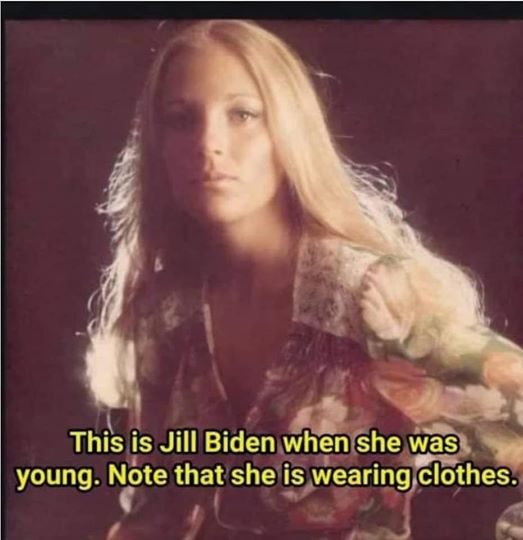 Have you noticed that undocumented immigrants commit crimes at a considerably lower rate than trump’s campaign staff? 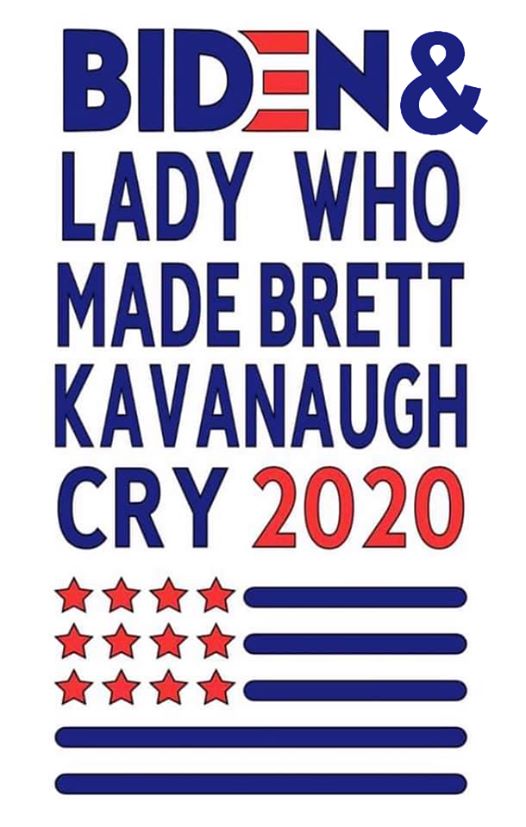 Not surprised that Erik Prince, Kris Kobach and Trash Jr helped Steve Bannon promote his “We Build The Wall” money laundering scheme. I’ll say it again, the MAGA regime is a criminal syndicate, a stupid one at that. - Ricky Davila 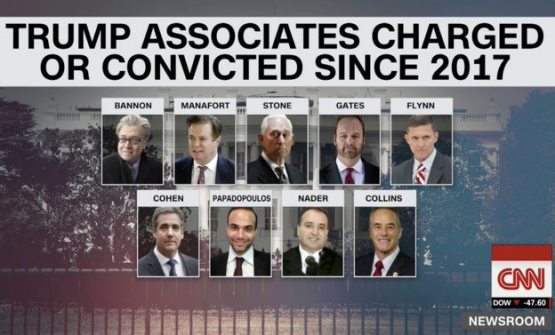 I spoke with Postmaster General DeJoy regarding his alleged pause in operational changes. During our conversation, he admitted he has no intention of replacing the sorting machines, blue mailboxes and other infrastructure that have been removed. - Speaker Nancy Pelosi 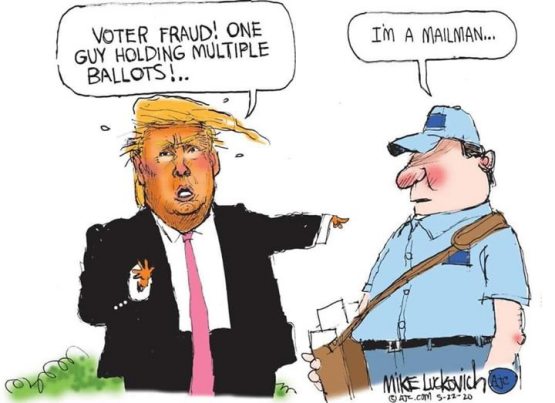 Trump's A Chicken Killer Too, Of Baby Chicks!
At least 4,800 chicks shipped to Maine farmers through the U.S. Postal Service have arrived dead in recent weeks after rapid cuts hit the federal mail carrier's operations, Rep. Chellie Pingree said.
Pingree, a Maine Democrat, is raising the issue of the dead chicks and the losses farms are facing in a letter to Postmaster General Louis DeJoy and U.S. Department of Agriculture Commissioner Sonny Perdue, The Portland Press Herald reported.


In other news, the assistant director of DHS' Cybersecurity and Infrastructure Security Agency, Brian Harrell, has just submitted his resignation to Trump, per letter I obtained. Says he is returning to the private sector. - Natasha Bertrand, Politico 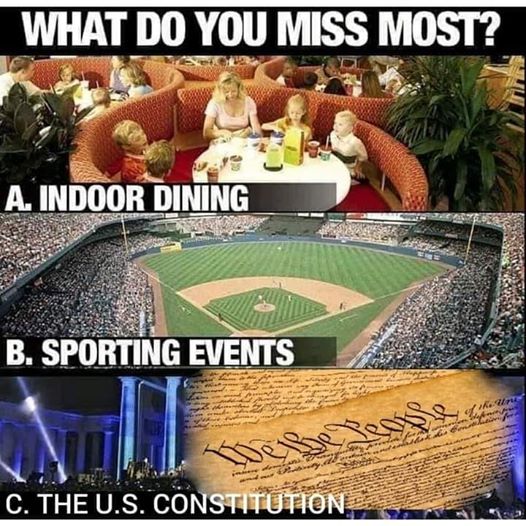 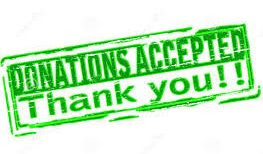