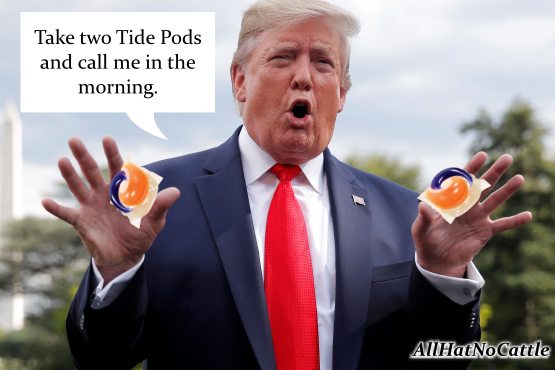 Lysol maker issues warning against injections of disinfectant after Trump comments
Lysol manufacturer Reckitt Benckiser (RB) on Friday issued a warning that “under no circumstance” should its products be administered into the human body or be used as a treatment for coronavirus, a day after President Trump discussed whether disinfectants could be used to treat the disease.


The world would be laughing at us, if it wasn’t for the weeping. - Dan Rather 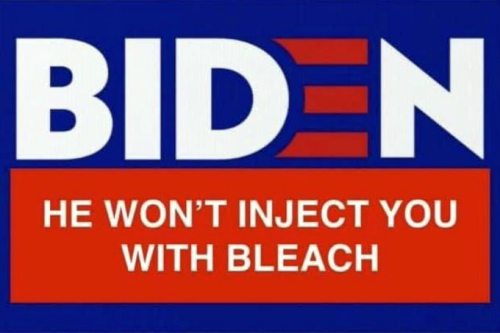 Can't wait to tune into today's episode of How Will My President Kill Me. - Jeff Tiedrich 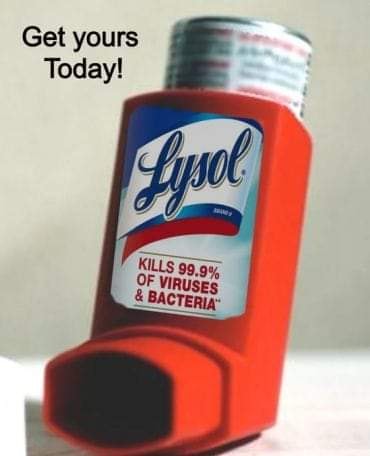 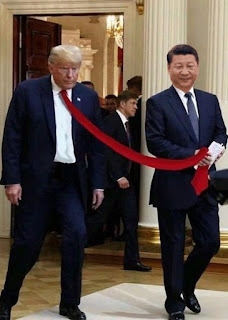 Lordy, Trump Owes Money To China
Donald Trump is warning “China will own the United States” if Joe Biden is elected president.
But Trump himself is tens of millions of dollars in debt to China: In 2012, his real estate partner refinanced one of Trump’s most prized New York buildings for almost $1 billion. The debt includes $211 million from the state-owned Bank of China — its first loan of this kind in the U.S. — which matures in the middle of what could be Trump’s second term, financial records show.

Let’s say it again: Trump’s “briefings,” which are a danger to public health, should not be televised live. - Steven Beschloss 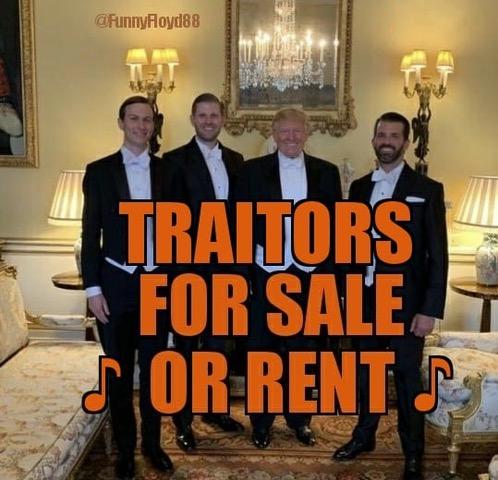 One treatment you might consider for COVID-19 is Amendment-25. - The TweetOfGod 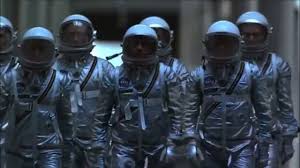 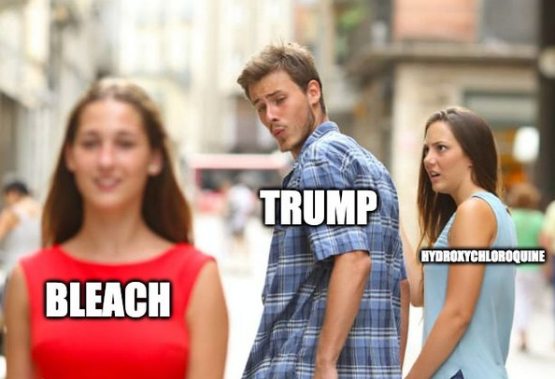 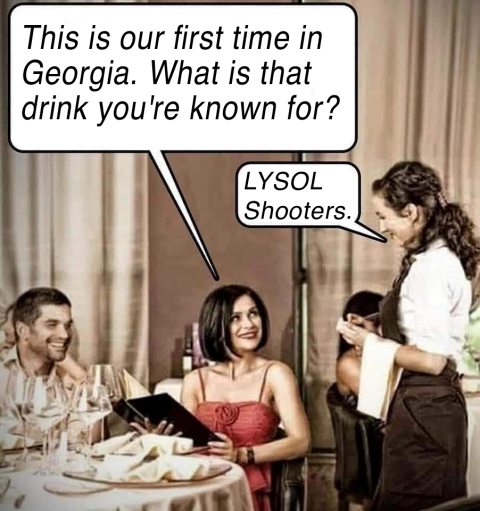 
Joe Biden has the guy who led the successful effort to eradicate Ebola as a senior staffer, and that would normally be just some insider factoid, but now it's a matter of life and death. - Brian Schatz 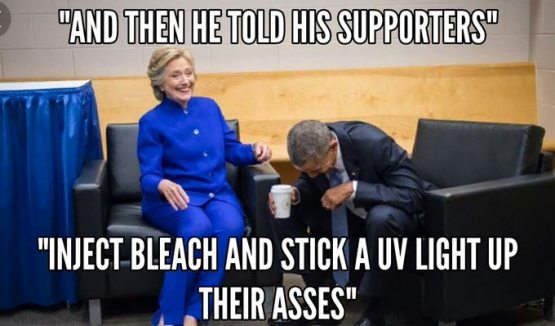 Please don’t poison yourself because Donald Trump thinks it could be a good idea. - Hillary Clinton 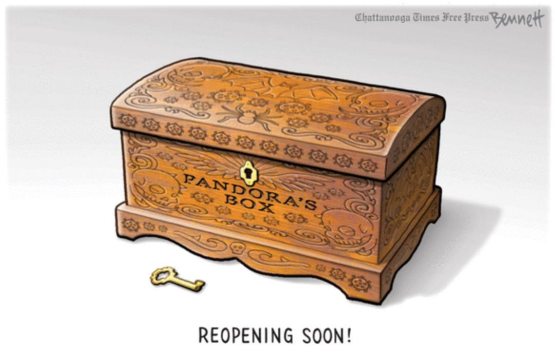 One of the Don's Capos Scored
A digital technology company that specializes in the mass collection of smartphone location data and is working for President Donald Trump's re-election campaign received millions from the federal coronavirus relief fund for small businesses. 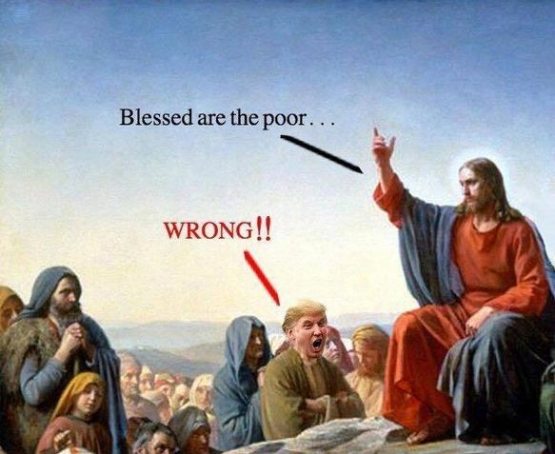 
Hanging garlic on your neck is now officially not the worst idea to fight Coronavirus. - Andy Slavitt 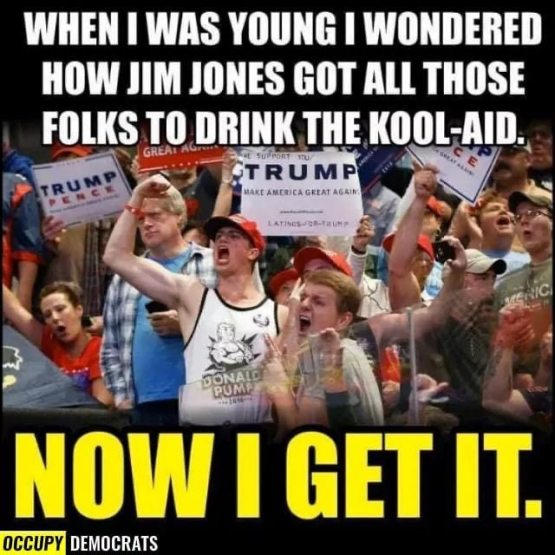 Both Presidents Bush promised low oil prices if we sent troops to war and we only had to wait til 2020 for it. #OilPrice - John Fugelsang 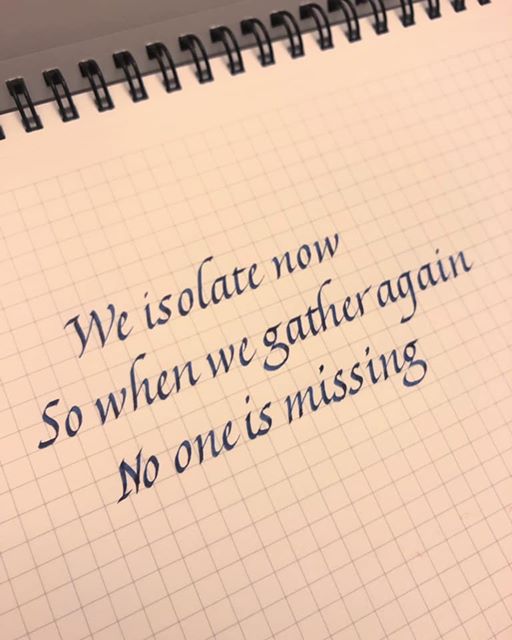 FDA Warns About Trump's Miracle Cure Drugs
The US Food and Drug Administration warned on Friday against the use of two drugs that have been touted by President Donald Trump as potential treatments for the novel coronavirus.
The drugs, hydroxychloroquine and chloroquine, should only be used in hospitals or clinical trials because they can kill or cause serious side effects, the FDA said.


Airlines sending me “we’re in this together” emails. When my suitcase was 52 pounds I was on my own. - Mikeyunbelievable tweet 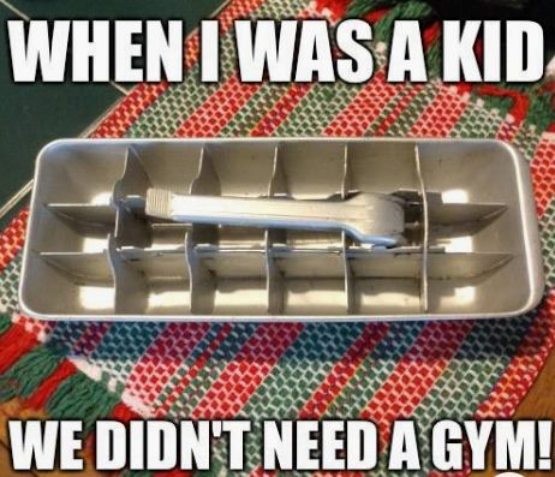