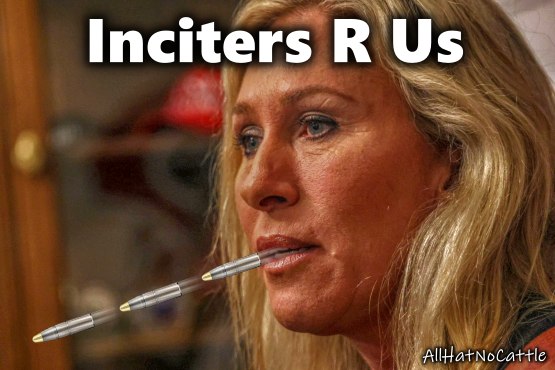 Who thinks Matt Gaetz, Paul Gosar, Louie Gohmert, and Marjorie Taylor Green should sit down and shut the f*ck up? - Kate tweet 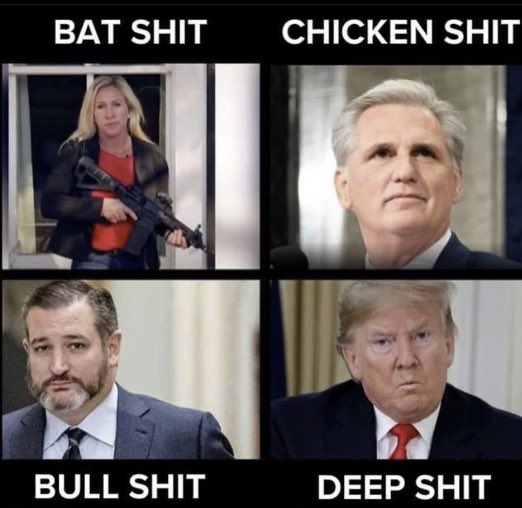 When did treason get downgraded from punishable-by-death to let’s just move on? - 7Veritas4 tweet 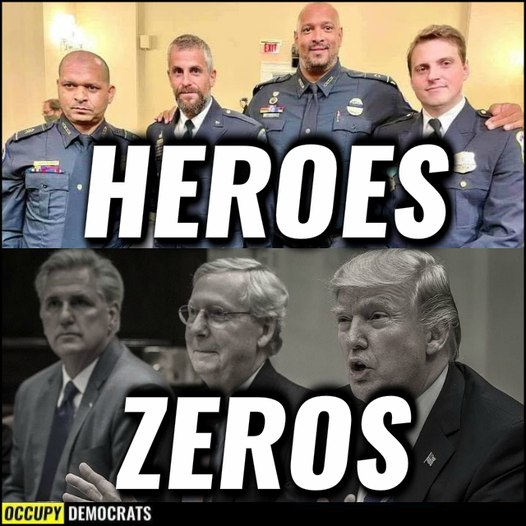 They Knew
Republican Rep. Mo Brooks of Alabama said he wore body armor to Donald Trump's January 6 rally in Washington, DC, after being tipped off about "risks" in the days leading up to the event, Slate reported.
"I was warned on Monday" — January 4 — "that there might be risks associated with the next few days," Brooks told the Slate politics writer Jim Newell.

Dr. Fauci created Covid-19 in the Wuhan lab out of WMDs, Hillary's emails & Obama's real birth certificate.
But the Benghazi stand-down order caused Biden to ban hamburgers & that's why FOX viewers won't get the vaccine, even though Trump made it w/his own hands.
(owns libs) - John Fugelsang 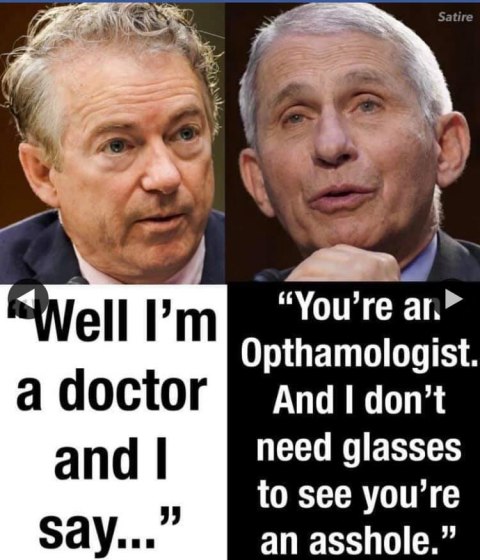 As if we needed it, the Delta variant is further proof that nothing will ever be so bad that Republicans can’t make it worse. - Middle Age Riot 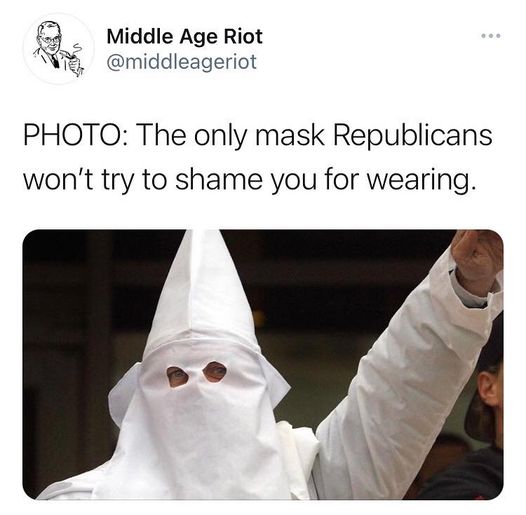 We May Witness A Massive GOP Perp Walk Parade
Congressional aides and visitors to the House side of the Capitol will face arrest if they're not wearing masks, the head of the U.S. Capitol Police announced this week.
In a Wednesday letter to his officer corps, Capitol Police Chief Thomas Manger ordered that they enforce the new mask guidelines across the Capitol complex. Those new rules, installed by the Capitol physician earlier in the week, include a mask mandate on the House side of the Capitol and all House office buildings.

So Fox News viewers are less likely to get vaccinated
Rupert Murdoch has blood on his hands
A lot of it. - John Cleese 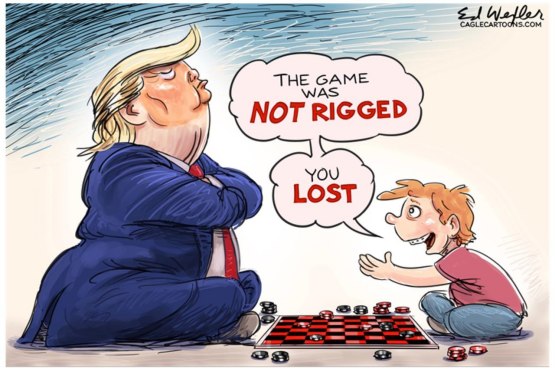 Trump Warns That Fixing Roads Will Make It Easier For People To Vote. - Andy Borowitz 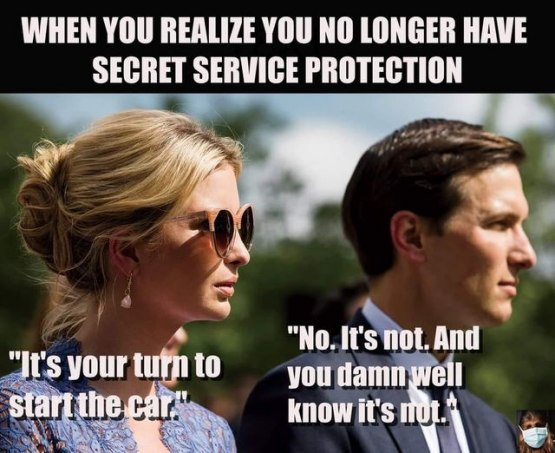 They Know
"The storm" is a term that the far-right conspiracy theorists of QAnon are fond of using, and House Minority Leader Kevin McCarthy used that term during a July 29 press conference when he was criticizing House Speaker Nancy Pelosi's support of a mask mandate for the U.S. House of Representatives. 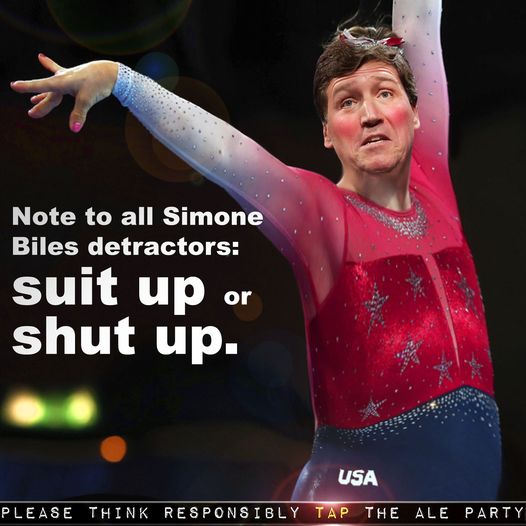 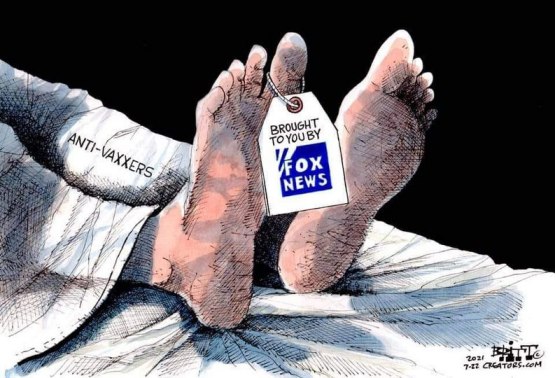 Again, I'll Believe When I See It
When the Senate voted Wednesday to open debate on a roughly $1 trillion infrastructure package, more than a dozen Republicans sided with Democrats to advance the legislation.
The proposal, which came after weeks of negotiations between a bipartisan group of lawmakers and the White House...

I miss Obama's scandals, remember that time he wore a tan suit? The horror of it all! 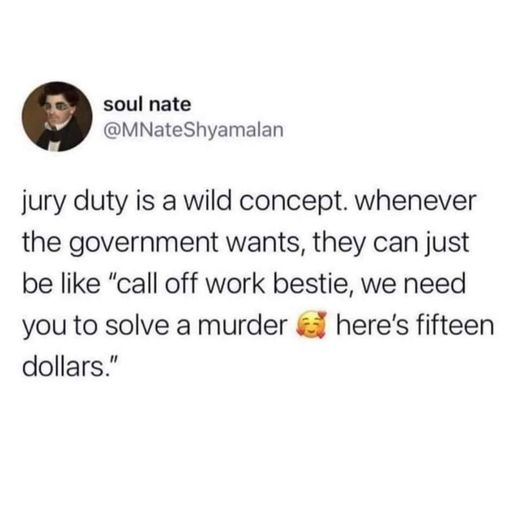