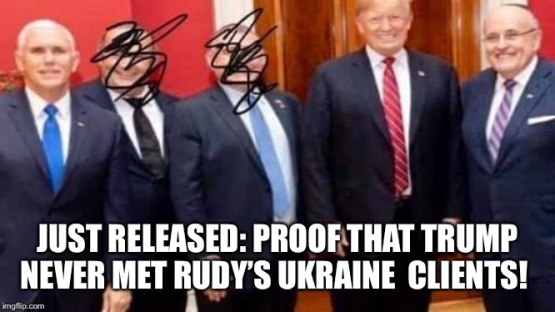 Giuliani Audio Proves Trump’s Team Was Lying About Ukraine
During the call, Giuliani — who at the time was former president Donald Trump's lawyer — tells Andriy Yermak, a senior adviser to Ukrainian ...

The Republicans will go even bigger next time unless we make an example outta Rudy. - Tea Pain tweet 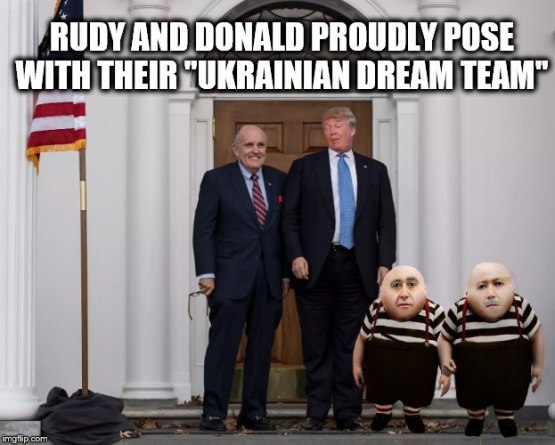 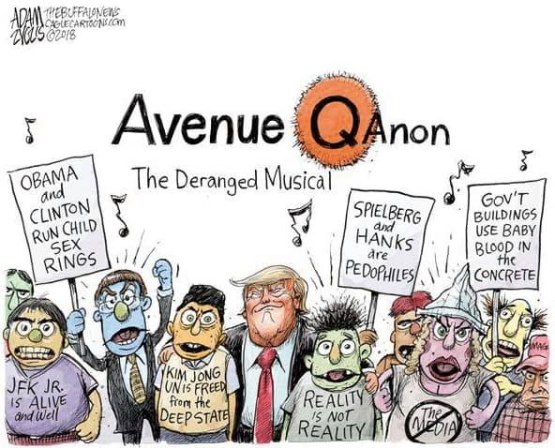 QAnon Insurrectionist Feels Deceived. Awww.
The QAnon supporter accused of chasing a Capitol police officer up the stairs during the Jan. 6 insurrection is seeking a release from jail, saying “he feels deceived, recognizing that he bought into a pack of lies.”
Douglas Jensen, 41, of Iowa asked a judge on Monday to release him from behind bars in Washington, D.C.... 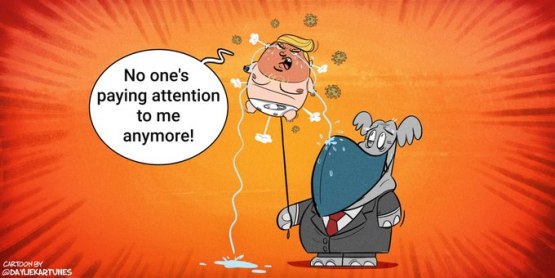 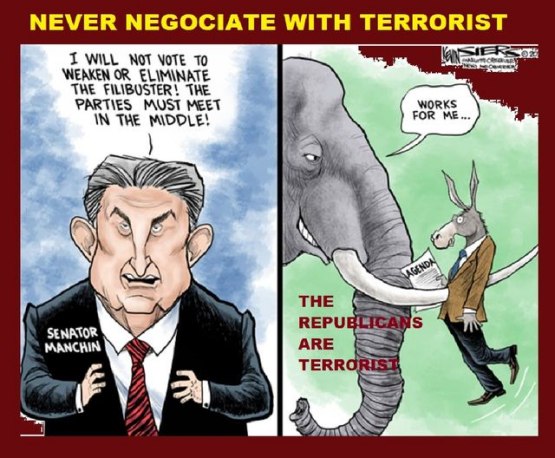 Florida Man Claims Public Schools Are Marxist, If He Even Knows What That Means.
A recent Florida school board meeting was attended by some angry parents who were upset with the liberal agenda allegedly being pushed on their children..."I'll be damned if I will allow a Marxist revolution to take place in this country, and we need to reject our children even being taught it," one resident said. 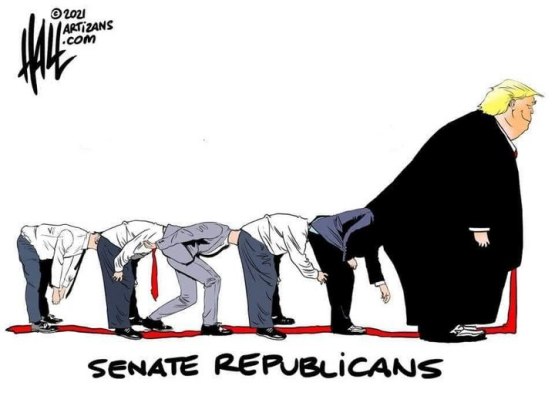 "Welcome to Revisionist Southern History. In this class, we'll be learning that the Civil War began when the North seceded from the Confederacy, the Union Army consisted entirely of homosexual vampires, and slaves were so happy, they invented smiling." - Middle Age Riot 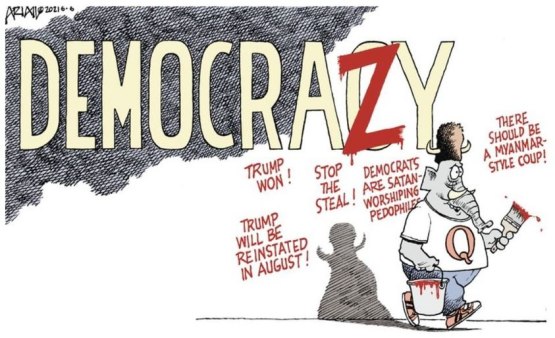 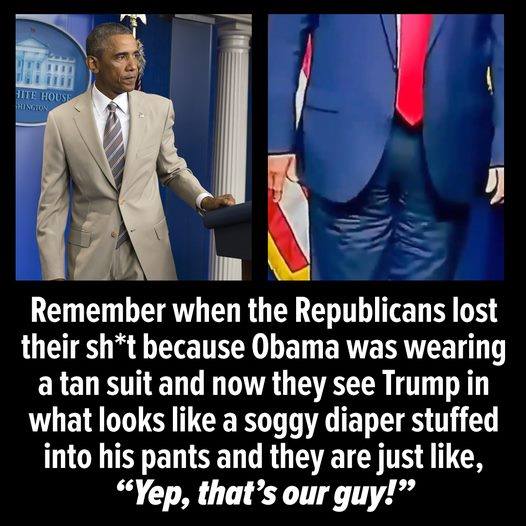 Biden DOJ To Defend Trump In Rape Accusation
The Biden administration's Justice Department filed court documents Monday that seek to defend former President Donald Trump in a defamation lawsuit...The Justice Department argued in a brief filed Monday in the 2nd U.S. Circuit Court of Appeals in New York City that it should represent Trump, as nearly everything he said and did as president was a matter of government action.

I don't like DOJ defending the office of the President in E. Jean Carroll's lawsuit any more than you do, but what I do appreciate about Merrick Garland is that he's about make Rudy Giuliani's face melt the f*ck down again, and that might get us what we all want: the former guy. - BlackKnight10K tweet 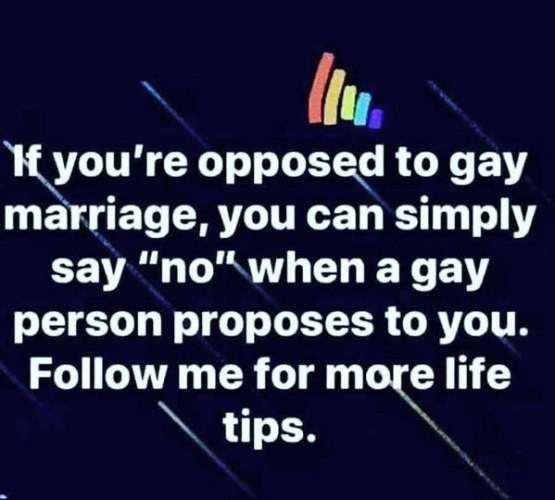 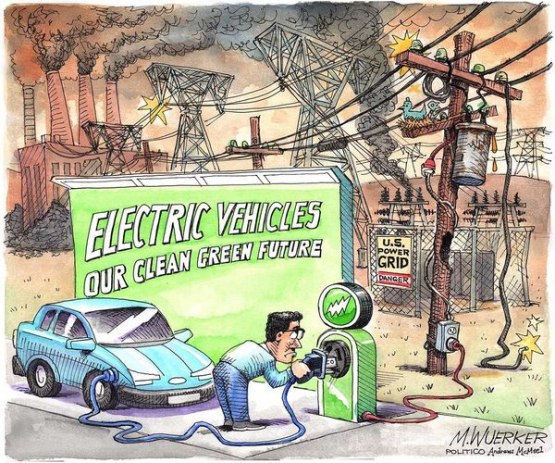 I’m back in DC at Reagan Airport - where the WiFi is free, but takes a long time to trickle down. - John Fugelsang 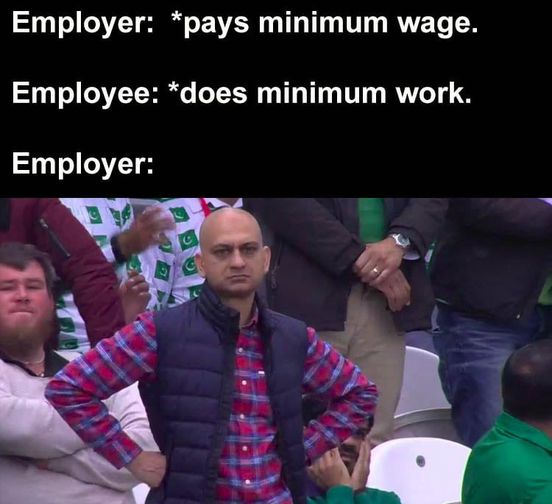 Bitcoin Shareholders Realize That Transactions Can Be Traced
Bitcoin’s price slipped again Tuesday. The reason for the move was unclear, however, it may be related to concerns over the security of the cryptocurrency after U.S. officials managed to recover most of the ransom paid to hackers that targeted Colonial Pipeline. 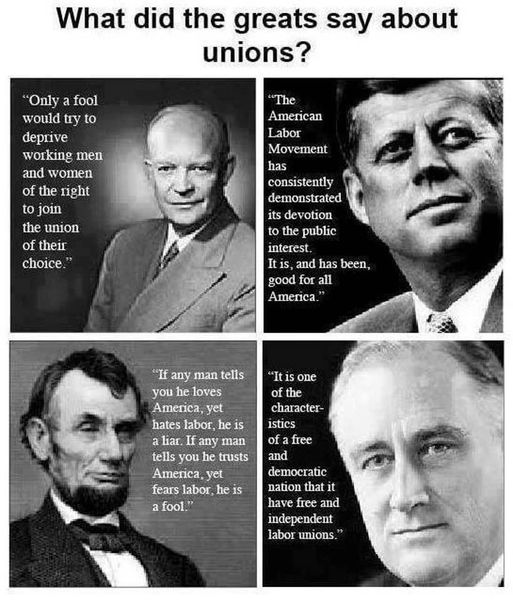 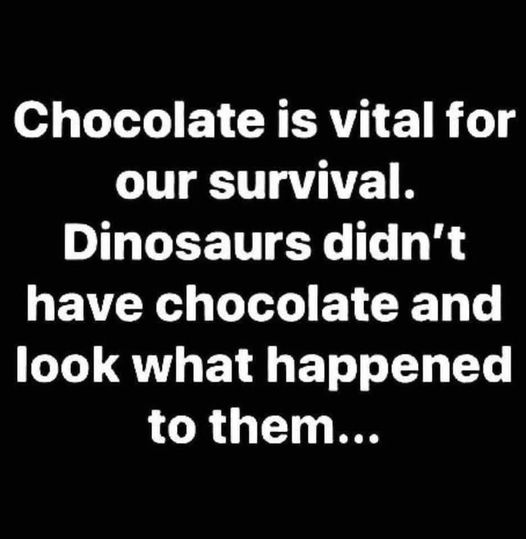 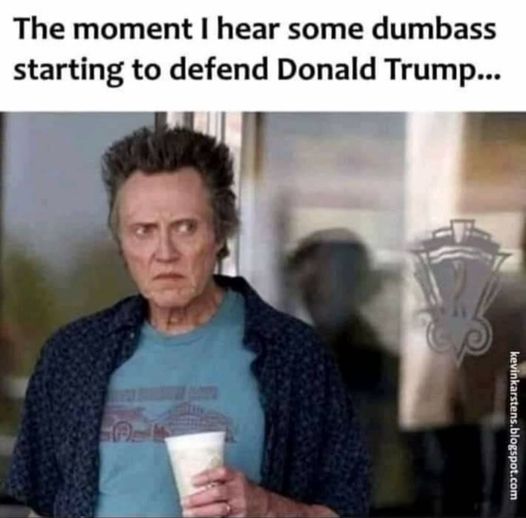