A Hummer with 5-gallon cans of gas in the back caught fire in Florida, injuring 1 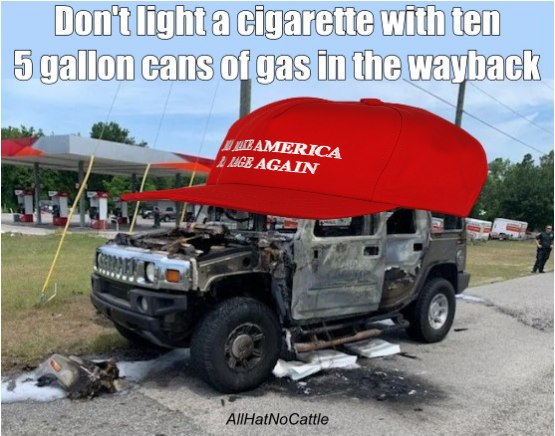 A Hummer with 5-gallon cans of gas in the back caught fire in Florida, injuring 1
One person was injured when a Hummer carrying five-gallon cans of gas caught fire in Florida on Wednesday, fire officials said.
The fire happened as people across the East Coast scrambled to fill their gas tanks this week after a cyberattack shut down the Colonial Pipeline, a major US gas provider. 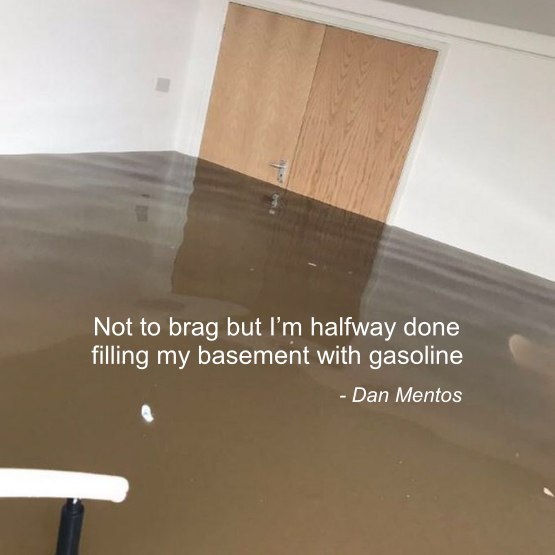 The GOP's new slogan is: "Be thankful for the crumbs that we give you." - Aaron Parnas 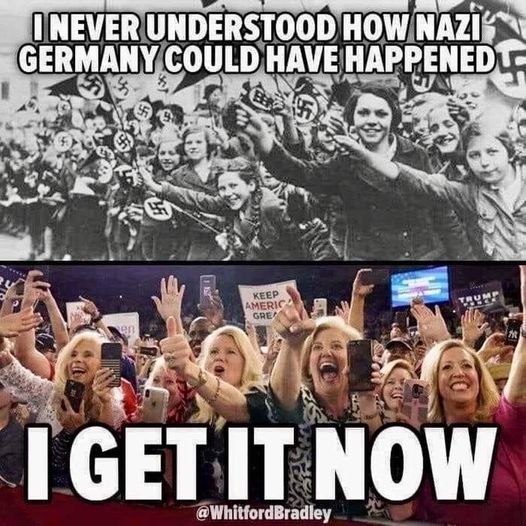 Matt Gaetz Might Want To Take A Vacation To A Country That Won't Extradite Him. Russia Is Nice This Time Of Year.
A federal court has scheduled a change of plea hearing for Joel Greenberg, the Florida official and accused sex trafficker at the center of the legal investigation into Rep. Matt Gaetz (R-Fla.), indicating he'll likely enter a plea agreement with federal prosecutors.

Bad time for the Feds to be closing in on Matt Gaetz. No gas for his white bronco chase. - Scott Linnen 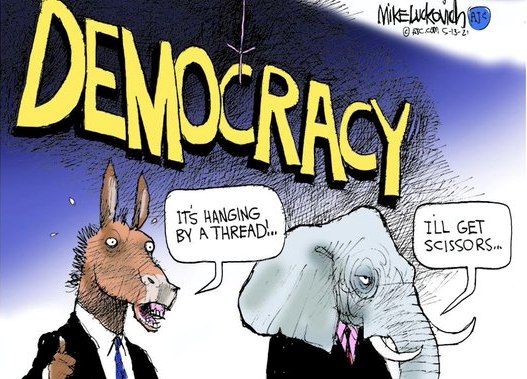 Poor Liz Cheney, doomed to wake up every morning into a world she helped create. - Jeff Tiedrich 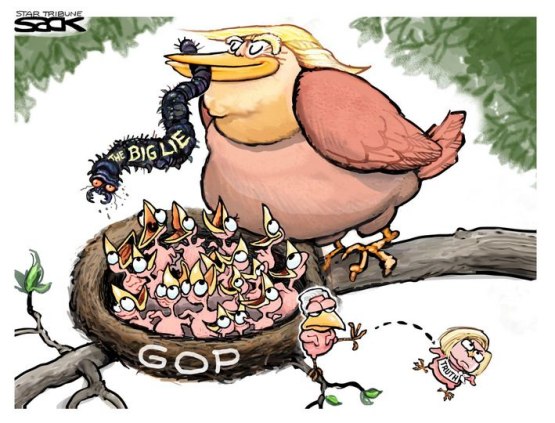 More cities and states across the country have announced incentives of various kinds to get people vaccinated. For example, New Jersey recently announced people who got vaccinated could get a free beer.
Ohio is now taking things up a notch with — and yes, this is real — a million-dollar lottery. 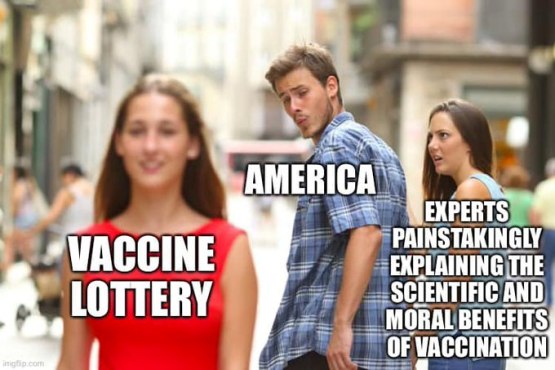 Thanks to Marjorie Taylor Greene, in addition to metal detectors, the Capitol will now also need straight jackets and frontal lobotomies. - Jeremy Newberger 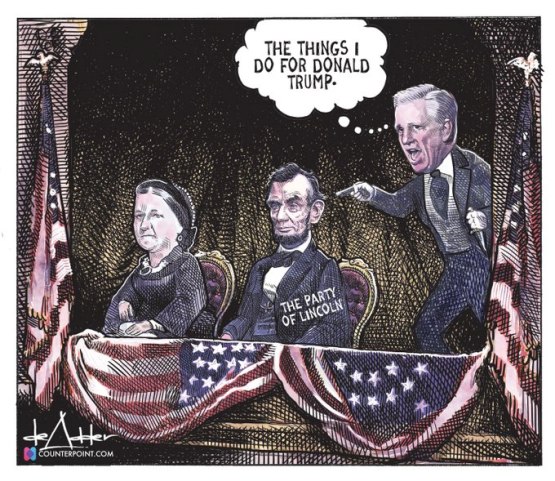 I just don’t want them to lift the sweatpants mandate. I can’t go back to jeans. - Jesse Lifson 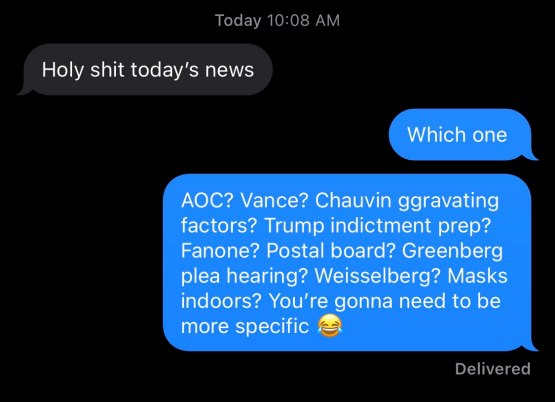 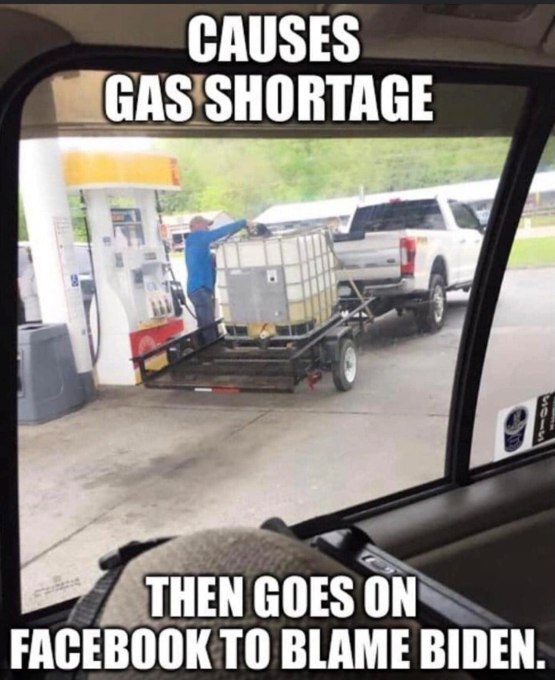 Every Bush Is A Dirty Rotten Scoundrel. Every Damn One.
George P. Bush, the son of former Florida Gov. Jeb Bush (R), backed House Republicans for dropping Rep. Liz Cheney (R-Wyo.) from their leadership team, arguing that she was pushing a personal vendetta against former President Trump.

If Biden offered a free bag of gas and a set of truck nuts with every vaccination, the pandemic would be over by the end of the month. - Hamish Mitchell 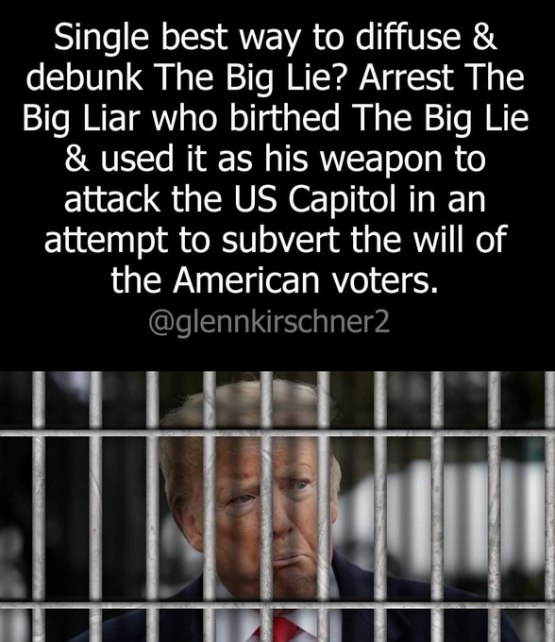 Jeff Bezos is having a $1.2 billion yacht made with a smaller yacht to hold the helicopter to ride alongside. He paid no federal taxes and has made almost double what he made in 2020, pandemic and all. How's that $1400 holding up? - Erin Rogers 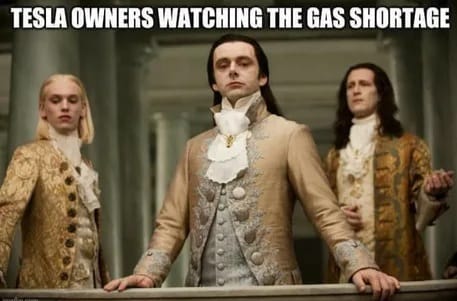 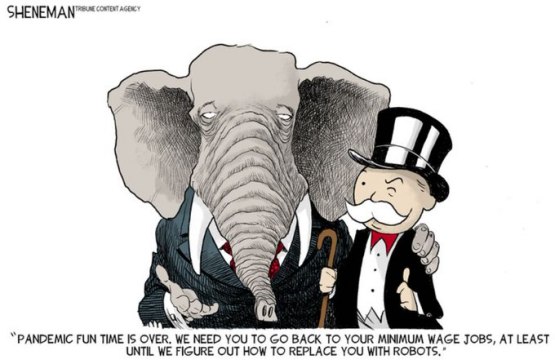 Kudos To The Secret Service!
The Secret Service on Wednesday said it had helped in recovering around $2 billion in fraudulently obtained COVID-19 relief funds.
CNN reports that the agency has opened 690 cases of unemployment insurance fraud and 720 Payment Protection Program (PPP) and Economic Injury Disaster Loan investigations since the pandemic began. The Secret Service has recovered more than $640 million from accused fraudsters.

Have you ever run out of gas because your plastic bag busted? - Mayo tweet 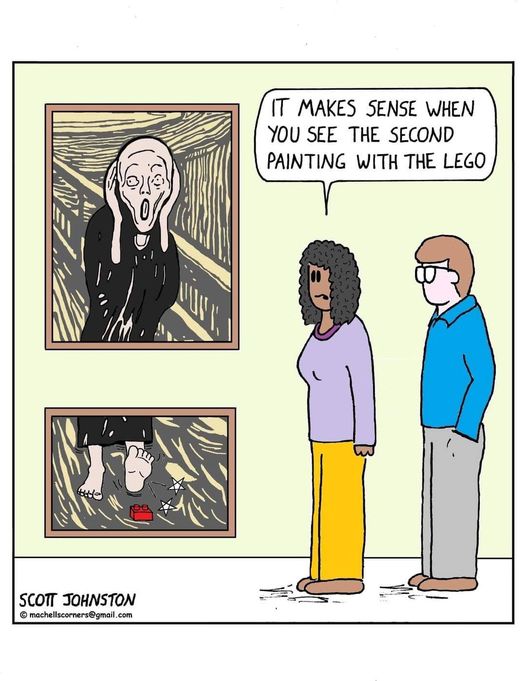 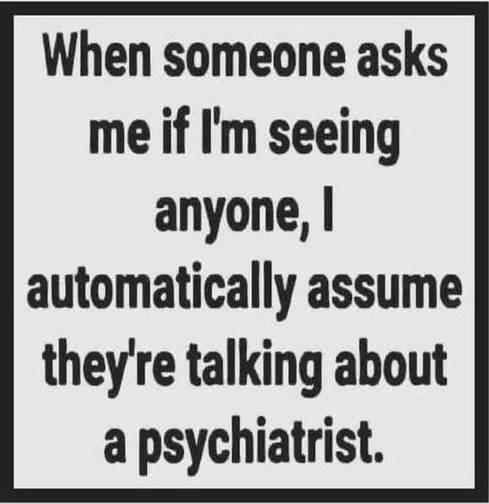 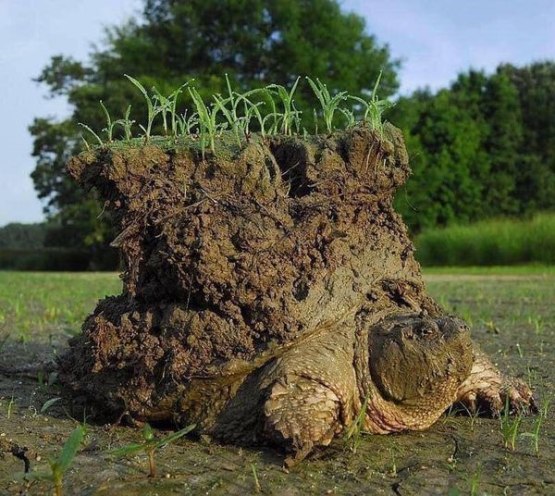 A snapping turtle just after emerging from brumation (hibernation for cold-blooded animals is called brumation) buried in the mud. Mother Nature has a great sense of humor.
Peace.
Posted by Lisa at 3:11 PM