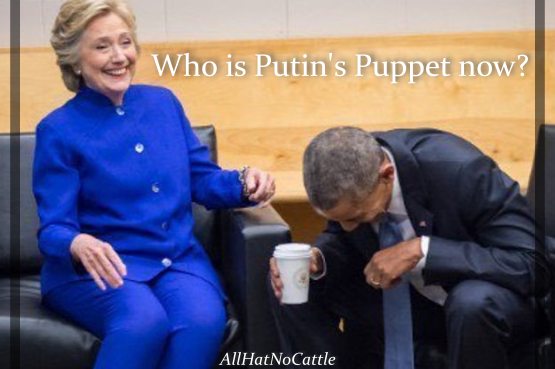 Senate Intel report confirms Russia aimed to help Trump in 2016
The Senate Intelligence Committee on Tuesday reaffirmed its support for the U.S. intelligence community’s conclusion that the Russian government interfered in the 2016 presidential election with the goal of putting Donald Trump in the Oval Office.


The bipartisan Senate Intelligence Committee agreed that Russia interfered in the 2016 presidential election and did so to help Trump.
Meanwhile, McConnell has at least 10 election security-related bills that he's stalled.
It's not just Moscow interfering. It's Mitch, too. - Nick Jack Pappas 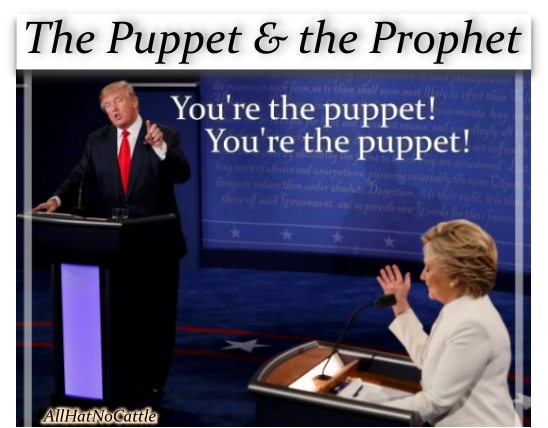 If North Korea needs a fat, useless, narcissistic sociopath to step in and ruin their country, America will gladly send Trump over. No need to return him, it’s our gift to you! Ps he loves parades as well. - irishrygirl 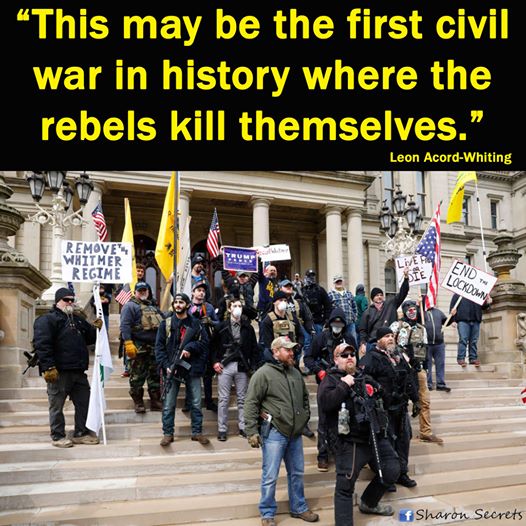 Hydroxychloroquine Research Not Going Well
A malaria drug widely touted by President Donald Trump for treating the new coronavirus showed no benefit in a large analysis of its use in U.S. veterans hospitals. There were more deaths among those given hydroxychloroquine versus standard care, researchers reported. 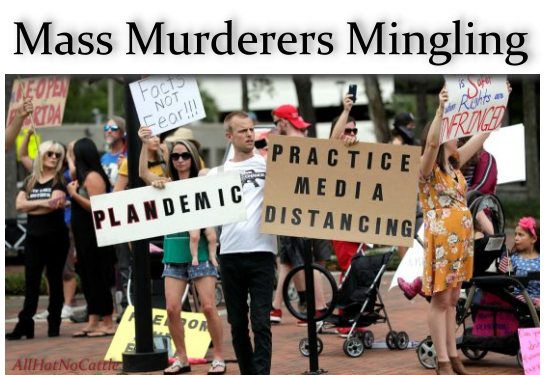 Nation Close To Getting Video Conferencing Software To Work. - The Onion 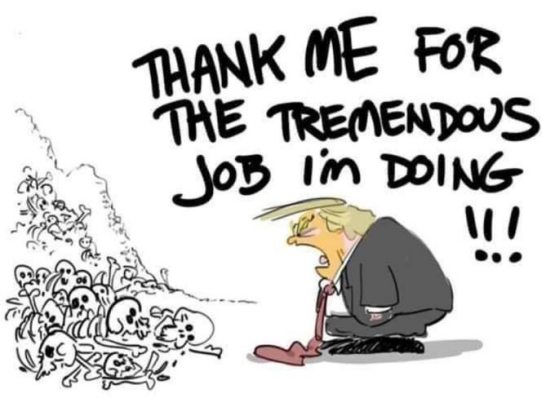 The longer we pretend that he isn’t mentally ill, the more devastation we’re going to experience. - Evan McMullin 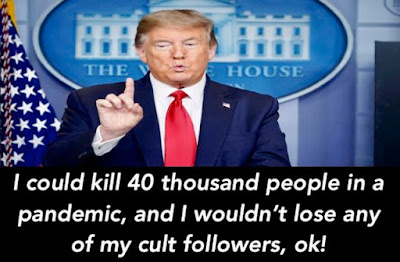 We never had a "booming economy" if 80% of the population can not afford to miss 2 paychecks. Marcos Yo 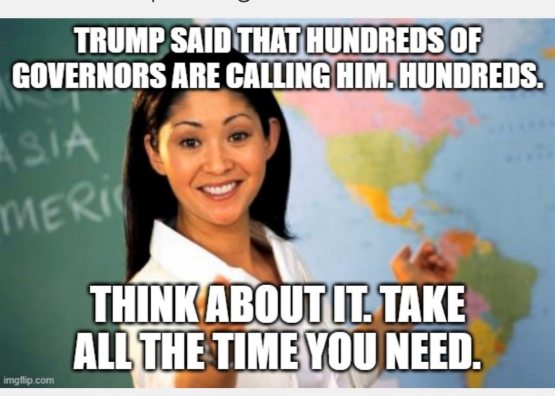 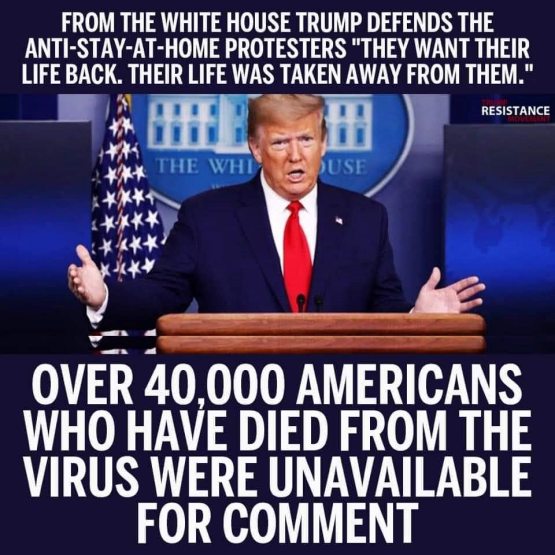 Countless lives and millions of jobs could be saved if the president had it in him to walk away from the outrage machine and Just Get Us More Tests. - Pete Buttigieg 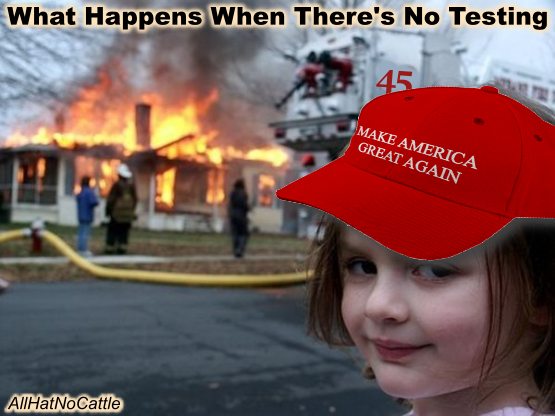 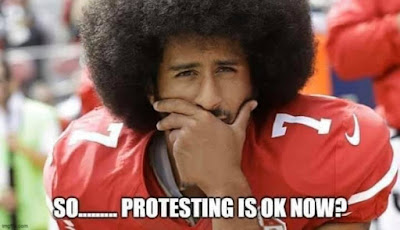 Lordy, Texas Lt. Gov.Wants Us To Die For The Economy!
Texas Lt. Gov. Dan Patrick (R) called for the reopening of his state and the country late Monday, saying there are "more important things than living.”
Patrick said on Fox News’s “Tucker Carlson Tonight” that he was “vindicated” after being criticized for saying in March that he thought “lots of grandparents” across the country would risk their survival to keep the country afloat economically.


Foreigners Puzzled Why Trump Thinks Anyone Wants To Immigrate To U.S. At This Point. - Andy Borowitz 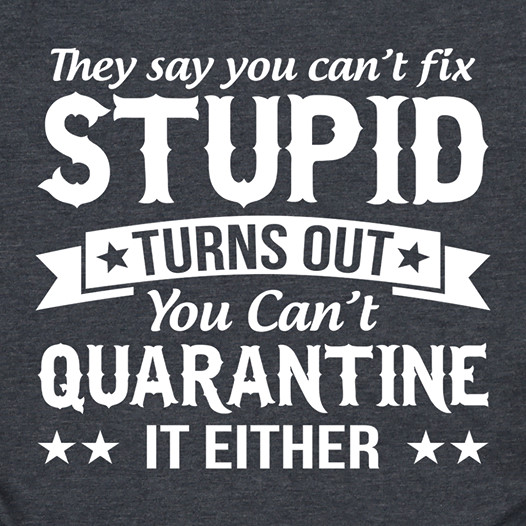 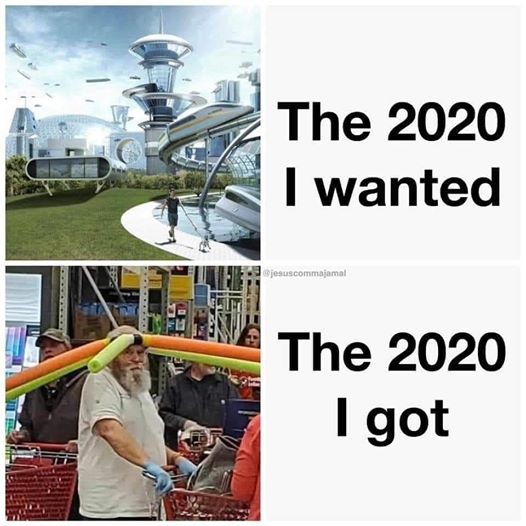 When a society highlights the loss of an economy more than the loss of human life, it doesn’t need a virus, it is already sick. - irishrygirl

Yep, They Want To Kill Us AND Remain Blameless!
President Donald Trump wants to see Americans sent back to work as quickly as possible — but he apparently also doesn’t want those workers to sue their employers if they happen to get sick from COVID-19 while doing so. 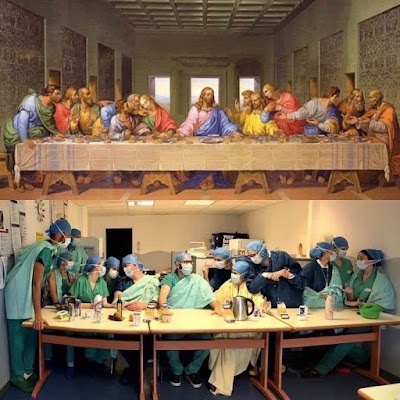 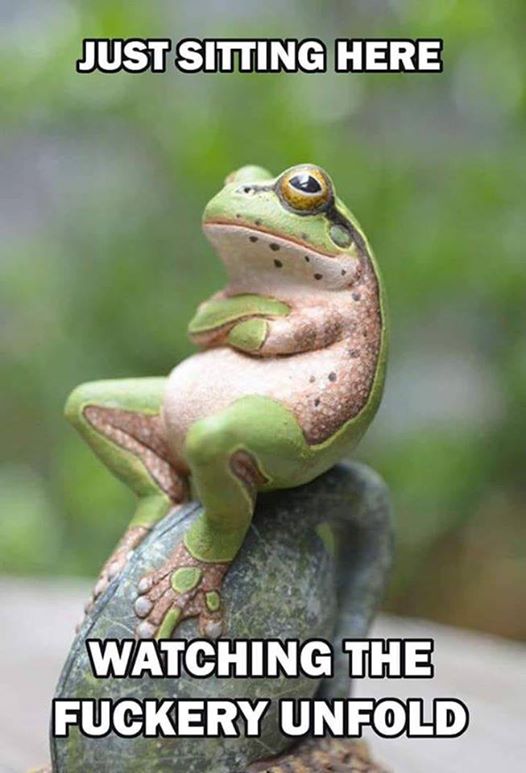