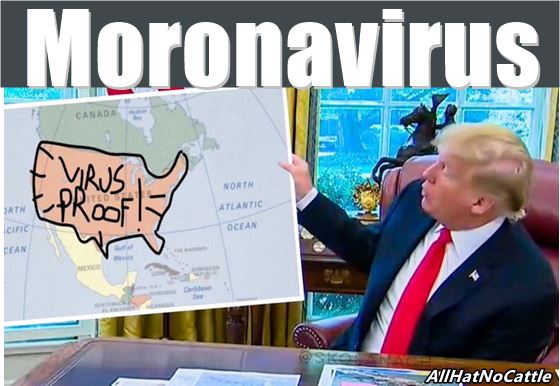 Trump frantically attacks media for making coronavirus ‘look as bad as possible’ in panicky tweet
President Donald Trump on Wednesday frantically attacked the media for its reporting on the spread of coronavirus in the United States even as officials at the Centers for Disease Control are warning Americans that the outbreak could be bad. 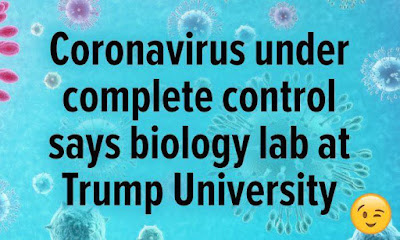 Scientific Assessment of Coronavirus Issued By Man Who Stared At Eclipse Without Sunglasses. - Andy Borowitz 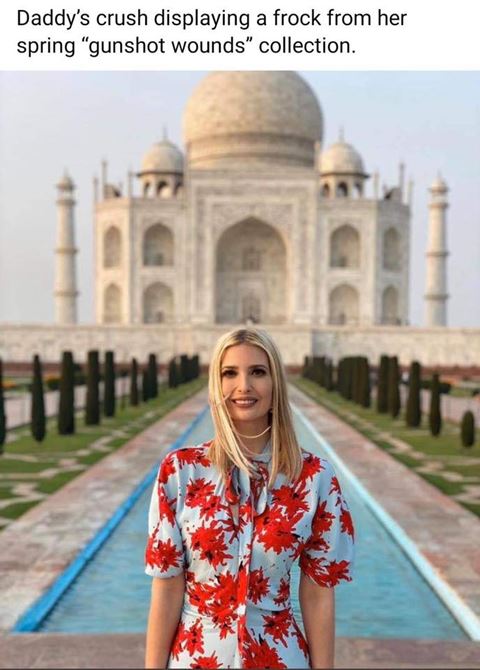 Purge Splurge
President Donald Trump is tightening his grip on the intelligence community as part of a post-acquittal purge of career officials and political appointees deemed insufficiently loyal, and the abrupt firing of his last intel chief is only the tip of the iceberg, current and former intelligence officials say. Mobs were beating people to death in the streets of the capital during Trump’s very successful trip to India. - Chris Hayes, MSNBC 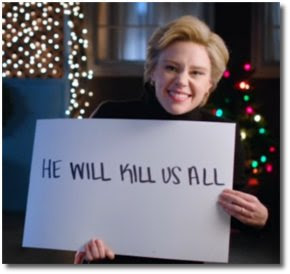 "I don't think the president knows what he's talking about -- once again," Pelosi on Trump saying Coronavirus is under control. 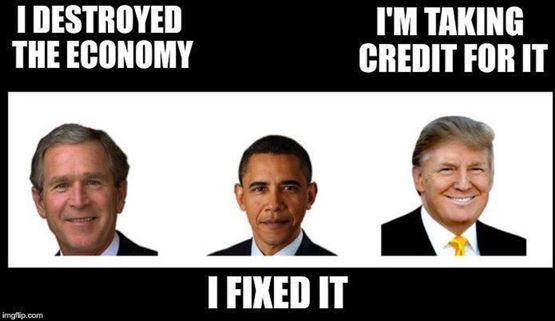 The Great Republican Purge Splurge Widens
A group led by Ginni Thomas, the wife of Supreme Court Justice Clarence Thomas, is driving a White House effort to purge government officials seen as "disloyal" to President Donald Trump and replace them with vocal supporters who regularly appear on Fox News 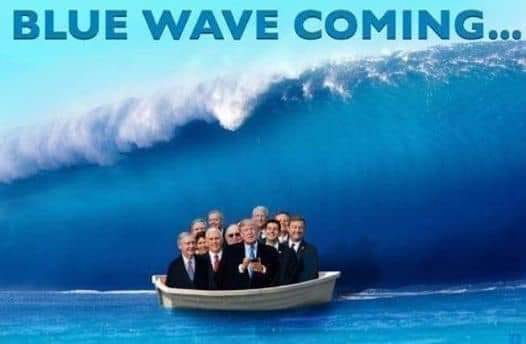 Ever notice how the Americans who really hate foreigners also tend to hate huge amounts of other Americans? - John Fugelsang 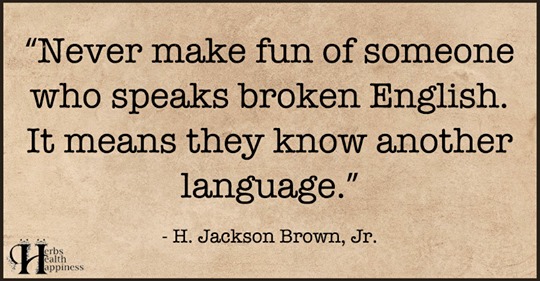 commanded us to care for the poor, sick, and those in prison;

chased capitalists from the Temple

always took the side of the marginalized & was obviously paid to be a crisis actor by George Soros. 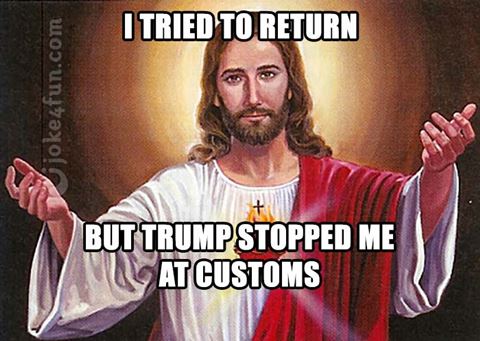 Nation Demands Explanation of What the F--k Tom Steyer Is Doing There. - Andy Borowitz 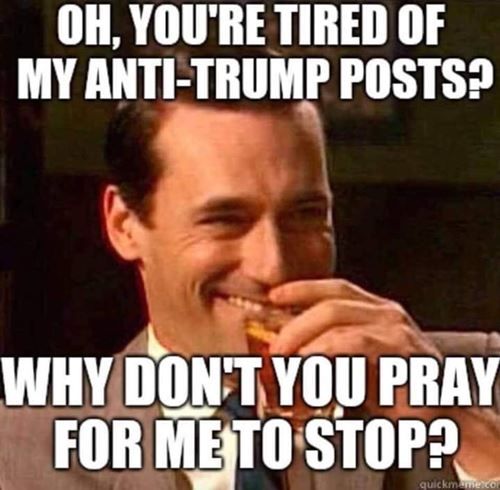 
Sad to see Buttigieg’s momentum fading before I ever really learned how to spell his name. - Conan O'Brien 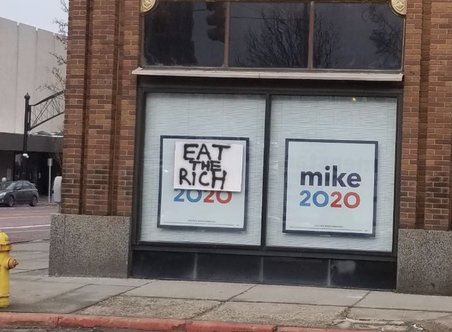 Trump is going to put Jared in charge of beating the coronavirus, isn’t he? - The Hoarse Whisperer 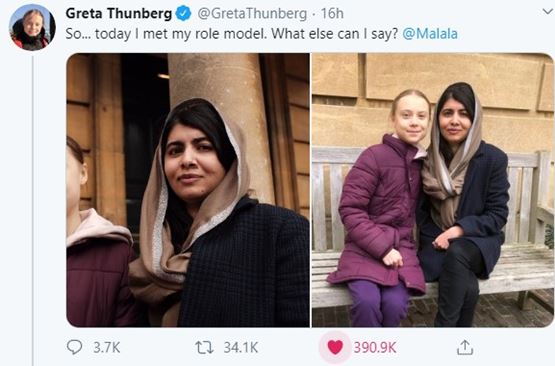 How To Spread The Coronavirus Quickly
A flight attendant for Korean Air who worked several flights out of Los Angeles International Airport has been diagnosed with coronavirus.
The 24-year-old was diagnosed Tuesday in southern Seoul, according to the Korea Joongang Daily newspaper.
The flight attendant had worked flights between LAX and Seoul–Incheon International Airport on Feb. 19 and 20, according to South Korean media outlets.


“What did Christ deny? Everything that is today called Christian. - Nietzsche 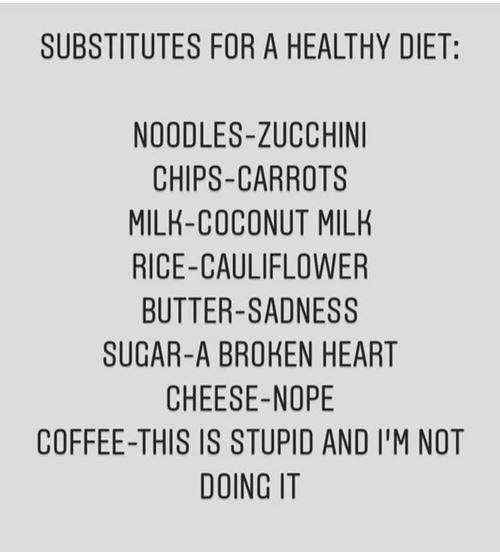