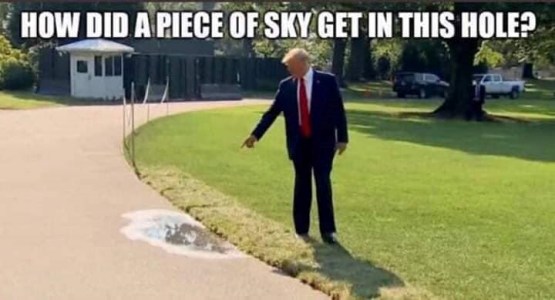 Trump says 'I don't know' how map was altered to show Alabama in Hurricane Dorian's path
During a briefing on Hurricane Dorian in the Oval Office Wednesday, President Trump showed reporters an enlarged map displaying what he said was the initial forecasted path of the storm.
The map, which was displayed on a posterboard, appeared to have been altered with a marker, extending the storm’s path to include Alabama.


They should have called this hurricane "Donald" instead of "Dorian" because it's slow, it has no direction, and it destroys everything it touches. - Alex Cole 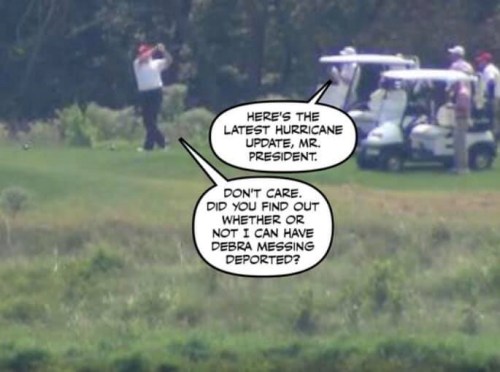 Imagine not believing in climate change but believing that Mexico was going to pay for the wall. - OhNoSheTwint 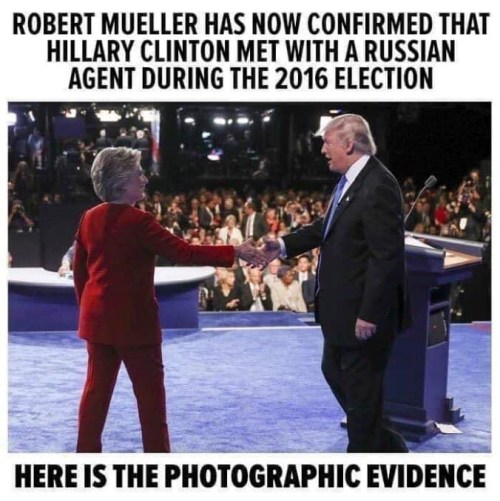 Brexit Laxer
The sight of hardline Brexit backer Jacob Rees-Mogg stretching out across the front bench of Britain's parliament during a particularly heated debate has become an instant meme, causing anger among government opponents. 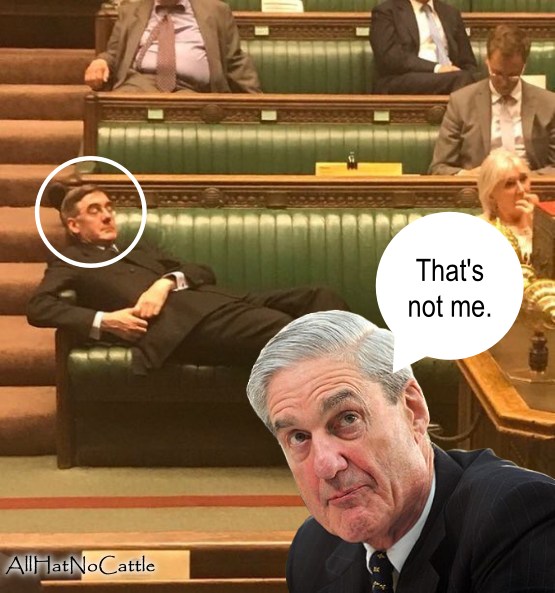 
According to the Republican Party, gun violence is caused by mental illness, video games, rap lyrics, unarmed teachers, Ilhan Omar, the war against Christmas, gay marriage, teenage activists, the separation of church and state, unicorn farts, and literally anything else but guns. - Middle Age Riot tweet 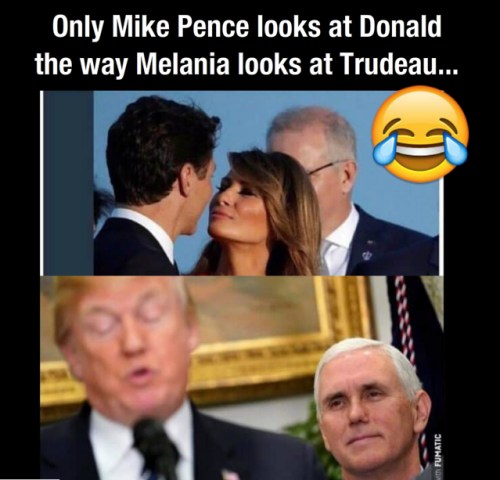 Melania Is As Bad A Liar As Trump
The official bio of Melania Trump now suggests that she did not complete a college degree in Slovenia, as she previously claimed on her own website.
The future first lady's bio on President-elect Donald Trump's government website says that she "paused her studies to advance her modeling career in Milan and Paris." It does not say whether she resumed or completed the degree. 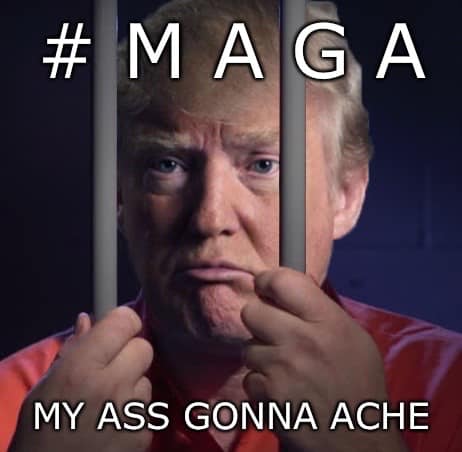 That whole buying Greenland thing feels like a lifetime ago. - Roland Scahill 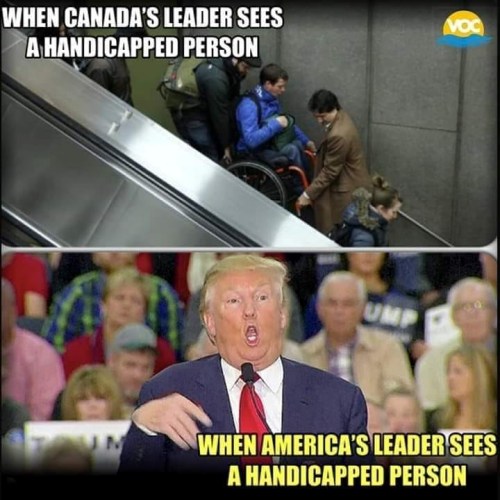 Email
Subject: Not about politics

Love your political site but I am very angry about that dive boat fire off the California coast and had to write to somebody about it.

I've never been on that boat. BUT I did work as a deckhand on several yachts in Cali when I was young and fit. Whomever was on watch that night failed "bigly." That fire to spread so quickly as the captain and crew said, there had to be an accelerant. I am not saying there was but I'd bet that the watchman was either asleep or not performing his duty. That is a small boat and by design of the boat a fire in the galley would have been noticed in minutes either by the watchman or the smoke detectors would go off in seconds and start the sprinkler system with alarms sounding. There should be fire extinguishers throughout the boat. Were there?

The captain and crew abandoned the boat and let those people burn. They have to live with that.

Something is very wrong and I hope the investigation will answer questions.

Thanks for letting me blow off steam.


Thank you for writing Lars. You are always welcome to rant to me.  I am also upset. I wondered about the night watchman too, unless he was the one crew member who perished in the fire because he was below deck checking on things.

What bothers me is that the sleeping quarters held 30 people in triple bunk beds in a tiny area with only one exit and no portholes. Is that even legal, Lars? The aroma must not have been pleasant with so many people crammed in.

Regardless, hopefully the investigation will yield some answers for the families of those poor souls. 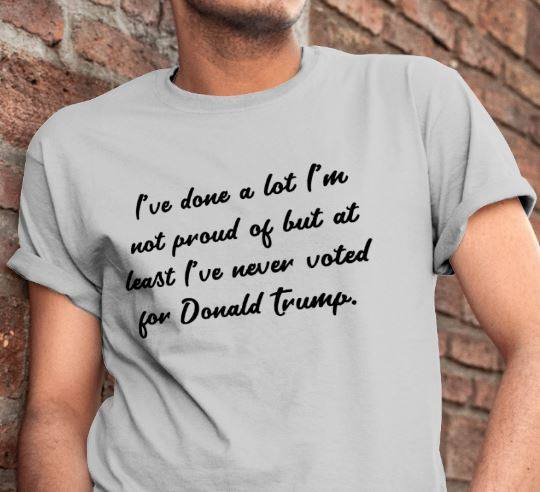 lotta people are mad about walmart deciding to stop selling some ammo and banning open carry in their stores which means walmart is gonna see a huge decline in sales of white sheets. - mith tweet 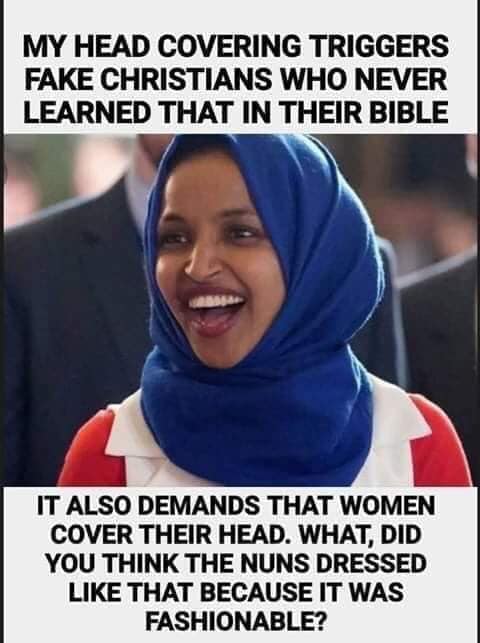 Ay Yi Yi Yi
Marianne Williamson, the New Age author and Democratic presidential candidate, posted, and then quickly deleted, a tweet suggesting that it was “not a wacky idea” to collectively visualize Hurricane Dorian turning away from land.
“The Bahamas, Florida, Georgia and the Carolinas ... may all be in our prayers now,” Williamson wrote Wednesday morning. “Millions of us seeing Dorian turn away from land is not a wacky idea; it is creative use of the power of the mind. Two minutes of prayer, visualization, meditation for those in the way of the storm.” 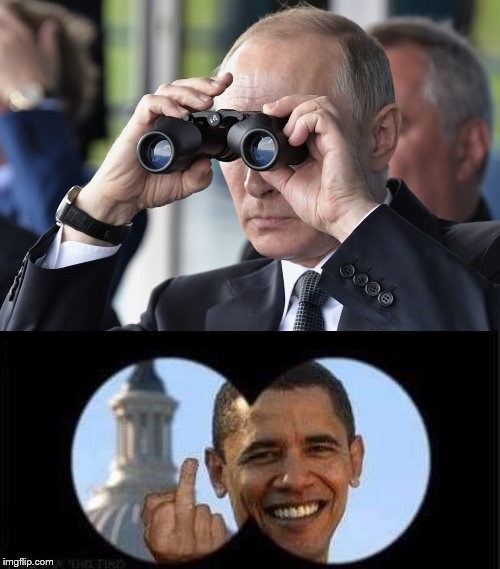 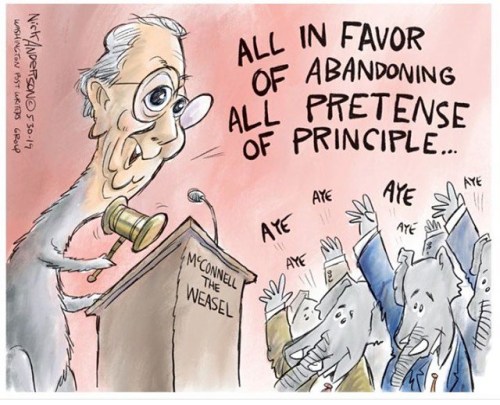 Imprison Mark Zuckerberg?
Mark Zuckerberg has "repeatedly lied to the American people about privacy," Sen. Ron Wyden (D-OR) said in a recent interview with the Willamette Week, a Portland alternative weekly newspaper. "I think he ought to be held personally accountable, which is everything from financial fines to—and let me underline this—the possibility of a prison term."
Zuckerberg, Wyden said, has "hurt a lot of people."


Dear Donnie,Boy, that was some Twitterstorm you provided us with this weekend!  A regular Category 5!!  But you’re not looking good.  Don’t forget, you’re not supposed to snort anything white after Labor Day! - Bette Midler 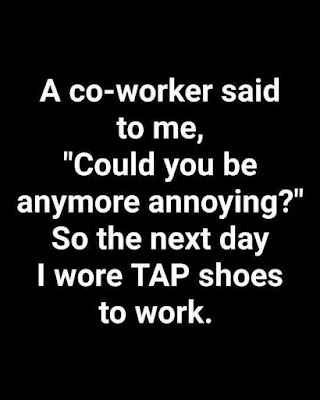 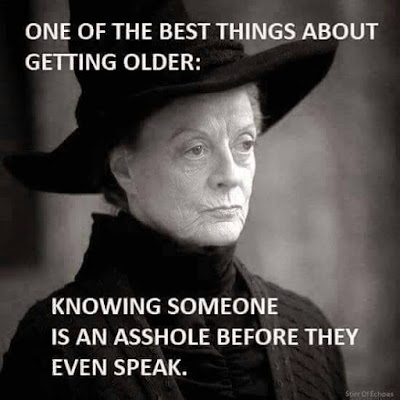