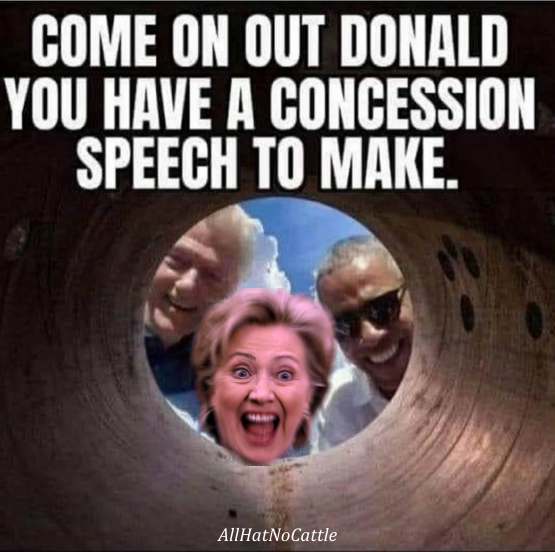 Biden Takes Leads In Pa., Ga., Putting Him On Cusp Of Electoral College Win
Three days after Election Day, Democratic nominee Joe Biden took narrow leads in Pennsylvania and Georgia, according to The Associated Press, putting him on the cusp of a victory in the Electoral College.

IVANKA: My father...
MAJORITY IN AMERICA: Shut the f*ck up. - Jeremy Newberger 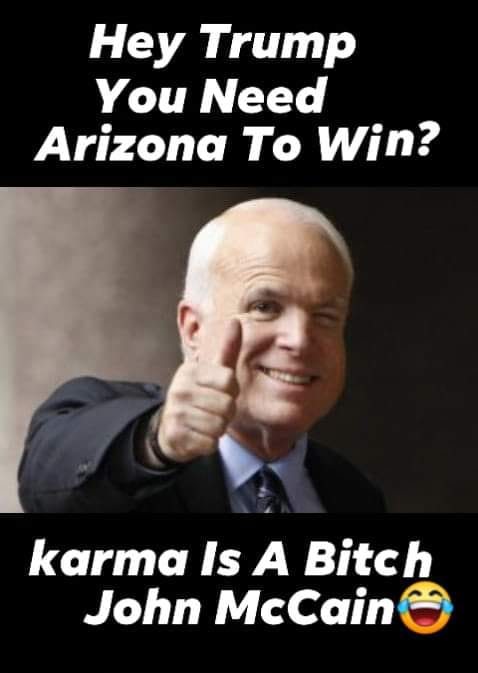 Trump is asking everyone to report voter fraud, so I just reported trump to trump. - Sarah Cooper 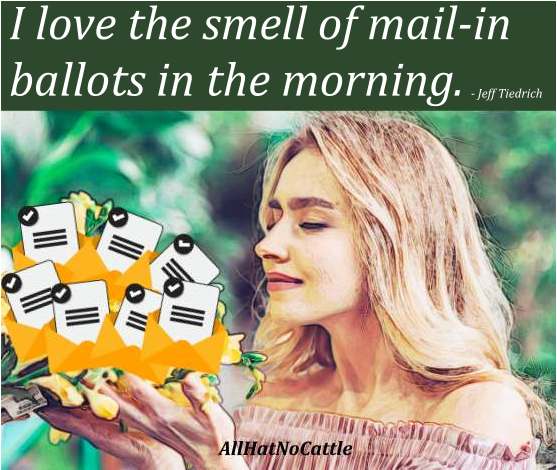 How Stalinesque of Steve Bannon
Former top Trump aide Steve Bannon’s podcast was permanently suspended by Twitter and had an episode yanked from YouTube after he implied that FBI Director Christopher Wray and leading government infectious-diseases expert Dr. Anthony Fauci should be beheaded and have their heads put on pikes outside the White House. 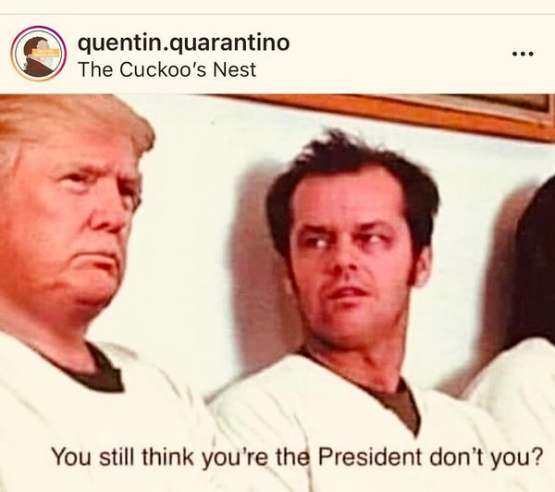 Biden built a blue wall, and Donald Trump is going to pay for it. - Angry Staffer tweet 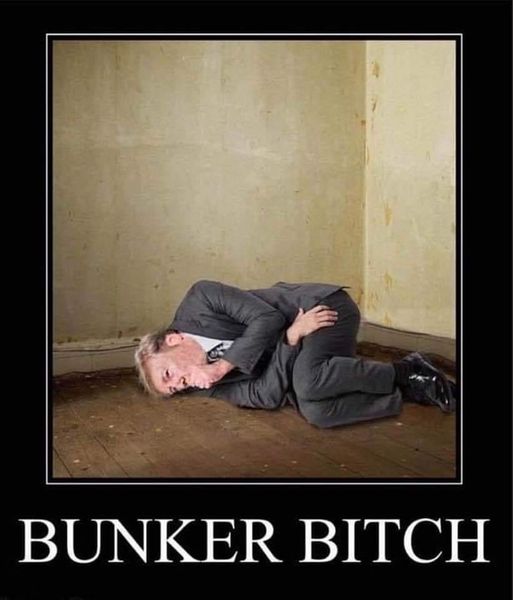 Petty Is, As Petty Does.
Fox News, the cable channel that has been one of President Trump's most important supporters, has instructed its anchors not to call Joe Biden the "President-elect" when the network calls the race, according to two memos obtained by CNN Business.

The funniest thing about this whole situation is that Trump is relying on Rudy Giuliani to save him. - The USA Singers tweet 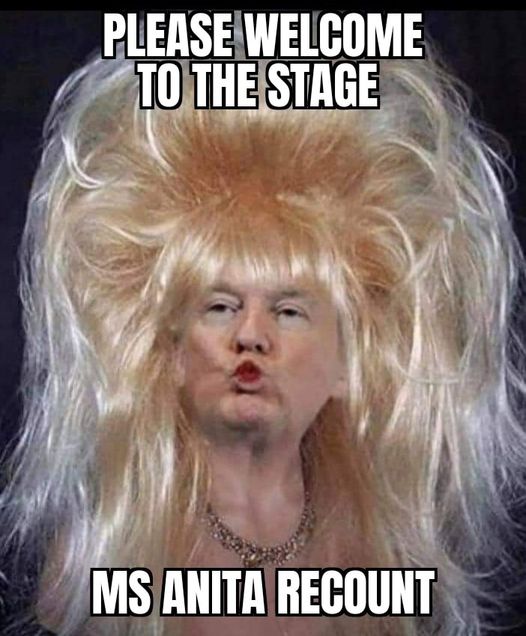 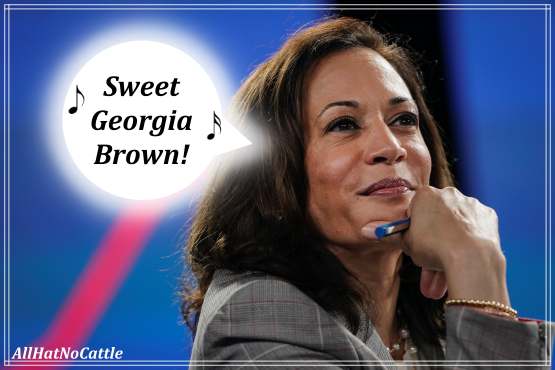 Don't worry Evangelicals & Franklin Graham, this is all in God's hands.- Andrew Goss 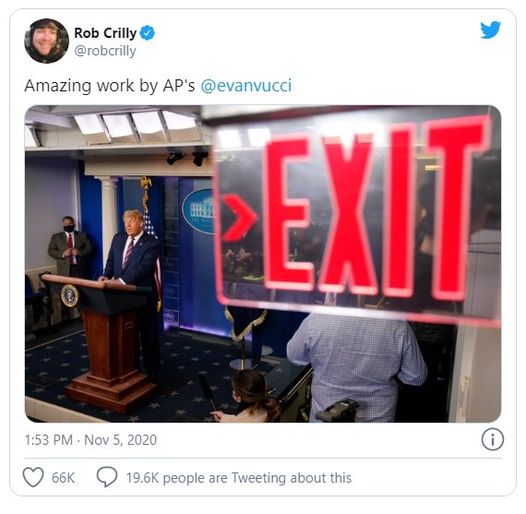 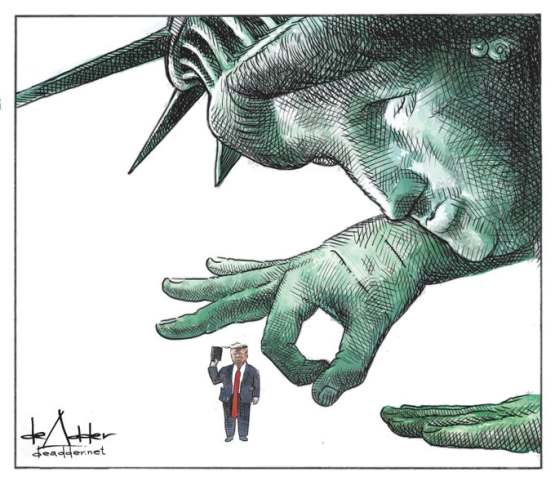 Donald Trump has been bullying science for the last seven months. Well he’s about to get his ass handed to him by science‘s older brother: math. - Steve Hofstetter 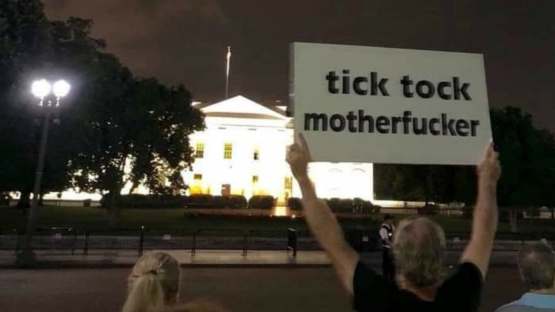 Grocery Chains Are Limiting Toilet Paper Again.
Several leading grocery chains are reimposing limits on key items such as toilet paper, paper towels and disinfecting wipes, hoping to keep their shelves stocked and prevent shoppers from hoarding as they did when the pandemic began in the spring.

I promise you this: I’ll end Donald Trump’s chaos and end this crisis. - Joe Biden 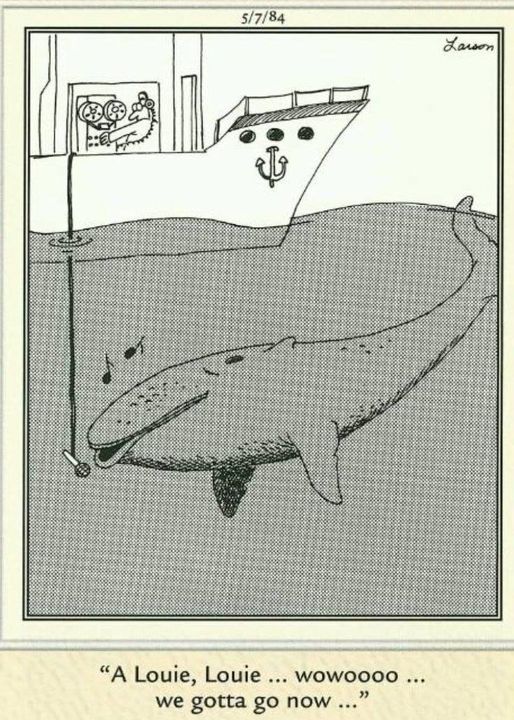 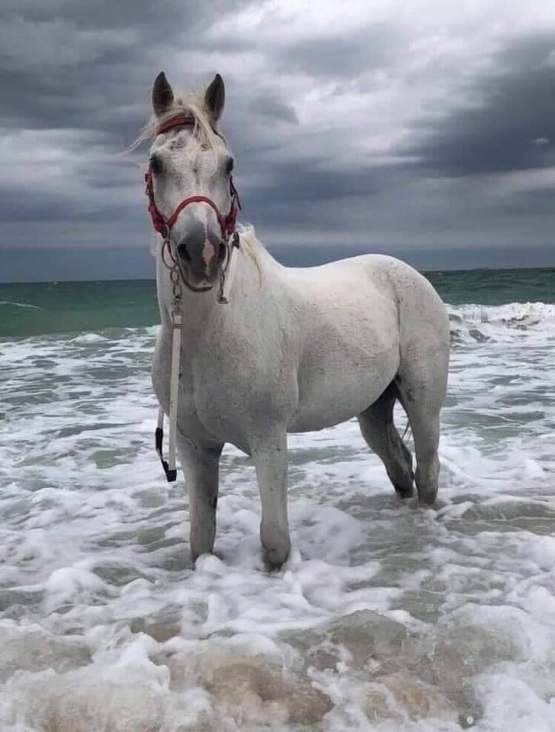 I highly recommend horseback riding on the beach in Costa Rica. The horses will ensure you an incredible time.
Peace and love.
Posted by Lisa at 1:34 PM