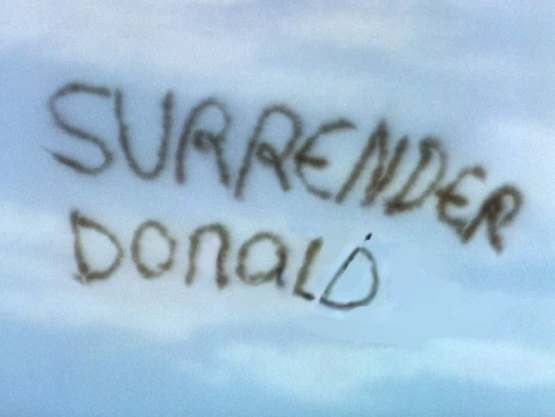 As Trump challenges Biden victory, attorney general OKs fraud probes
President Donald Trump will push ahead on Tuesday with longshot legal challenges to his loss to Democratic President-elect Joe Biden in last week’s election, as Republican officials at the state and federal level lined up behind him.

The f*****g nerve it takes to not only benefit from an already imbalanced system but to then gut the Voting Rights Act, engage in unprecedented gerrymandering, remove voting machines to cause hours-long lines, pass voter ID laws, cripple the USPS & then claim YOU'VE been cheated. - Michael Hattem 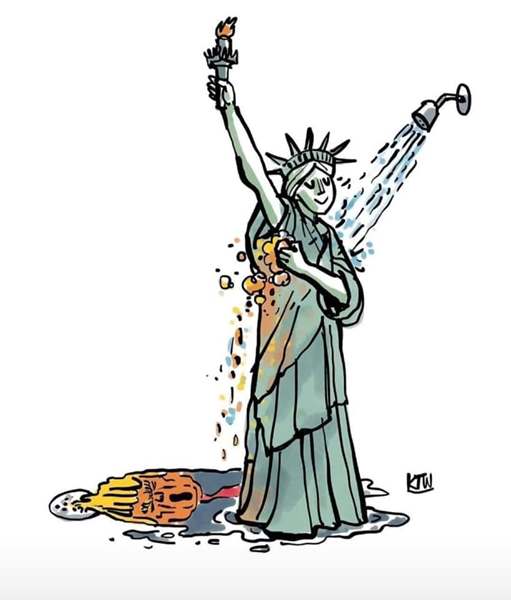 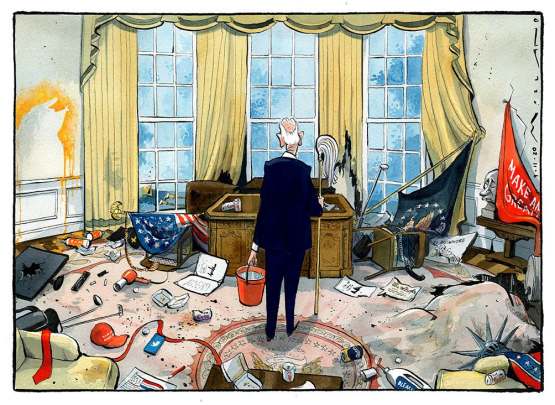 Apparently, Don Jr. & Kimberly Scored Some Bolivian Flake
Donald Trump Jr. and Kimberly Guilfoyle are making moves to expand their influence at the Republican National Committee, three GOP sources, including advisers to the President tell CNN. Some sources say they may seek to take over the party structure themselves.

Apparently only Republicans are allowed to win close elections - and this one wasn’t really close by either the Electoral Collage or certainly the popular vote. - Dan Rather 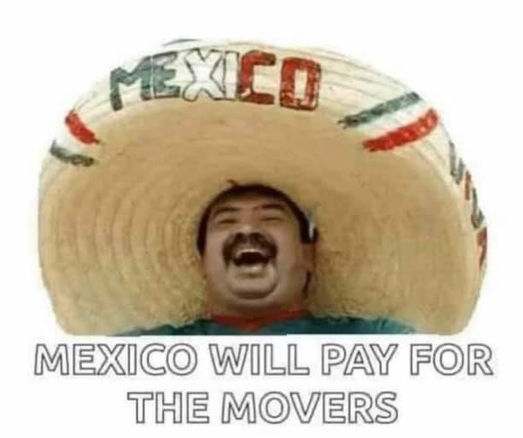 On brand: 71,000,000 Americans who think the earth is 6000 years old and 2 of every kind of animal lived within walking distance of Noah's house...
...can't understand how ballots are counted. - Jim Wright 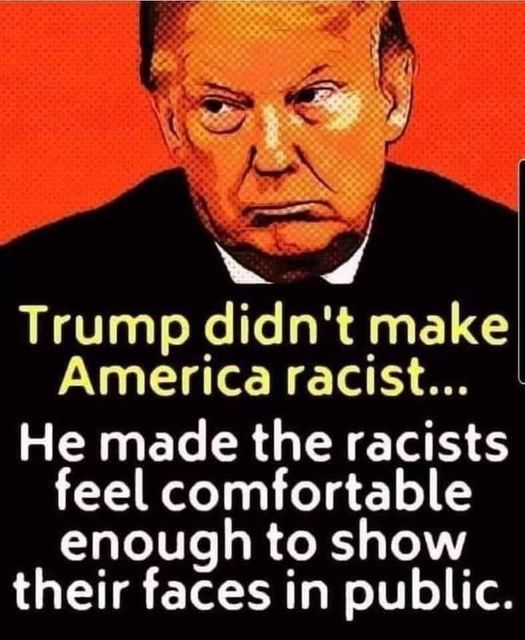 My God, Missouri. This Is They Best You Have?
Rick Roeber was elected to the Missouri House last week while facing allegations by his adult children that he physically and sexually abused them when they were young.
On Monday, his children wrote a letter to House leaders asking that he not be allowed to serve. 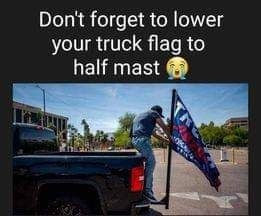 All Republicans who just won election but refuse to accept Biden’s win should immediately resign, since clearly their victories on the same ballots were fraudulent, too. Starting with Mitch. ~Andy Borowitz 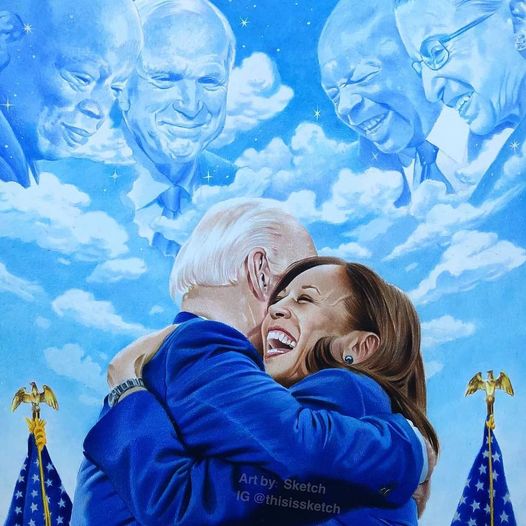 I think for lunch today we will have Philly cheesesteaks, Georgia peach cobbler and Arizona Iced Tea. - Mohamad Safa 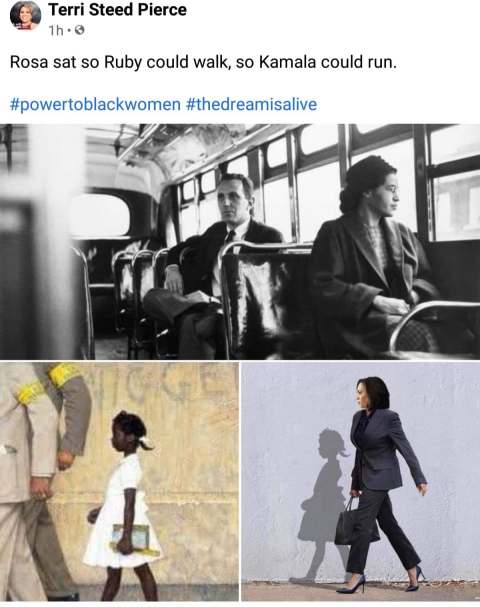 I will fully exhale when Joe Biden takes the oath of office. - Steven Beschloss

DOJ Official Resigns As Barr Probes Imaginary Voter Fraud
Following Attorney General William Barr’s decision to authorize the Department of Justice to probe any “substantial allegations” of alleged voter fraud in the 2020 election, a top DOJ official left his post overseeing the investigation.
The New York Times reported Monday night that Justice Department official, Richard Pilger, who was slated to aid in the voter fraud investigation, stepped “down from the post within hours” of Barr’s directive. 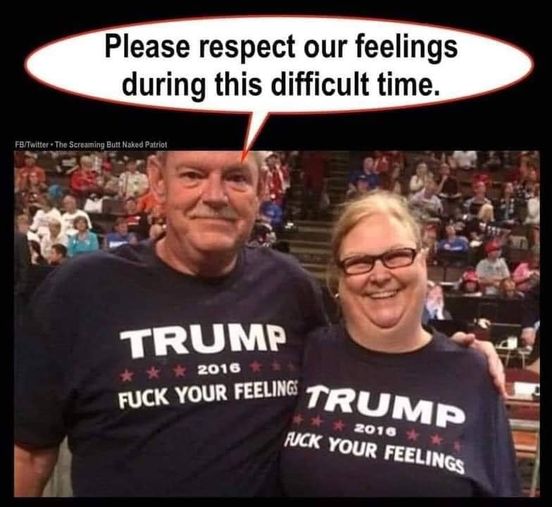 Remember after Hitler was gone how everyone in Germany was told to be nice to Nazis so they didn’t get upset? Yeah me neither. - OhNoSheTwitnt

Email
Subject: It drives me slightly apesh*t...
It drives me slightly apesh*t that after all these years of abuse, lies, disrespect, name-calling, demonization and hate, liberals are now supposed to be the grown-ups one more time, and "understand" the angst of the losers of the election.
They called me an idiot. They've been using "liberal" as a dirty word for years. They claim that I am not even an American even though they know damn well that I was born, raised, and never lived anywhere else but the USA.
They threaten me physically. They have verbally abused me for years. Trump is a classic abuser. I don't support their racist, authoritarian, anti-American policies. I find their leader to be a severely damaged demagogue and wannabe dictator. I believe in science, in welcoming immigrants, in equality, true equality for everyone, and equal opportunities for all.
Is there anyone in the republican party or on the right generally calling for understanding of the left wing of the American body politic? Anyone? Anyone at all?
I don't feel a huge urge to make nice. To me, trump and his cult are the epitome of the snake who talked the frog into taking him across the river, then killed the frog on the other side. The frog said, you promised you wouldn't do that, and the snake said, you should have known that I would do that. I'm a snake.
It's fucking hard to hug a snake.
Peace.
George
Thanks for writing, George.
Yeah, Germans did not embrace Nazis after WWII. In fact, we know the opposite happened. Germany prosecuted and banned Nazis and their hate speech and now Germany is one of the most successful countries in the world, even with a Russian wall interlude of Berlin from 1961-1989.
Just think if the USA took that approach to US presidents that commit crimes while in office. Maybe if Nixon was punished for breaking into the Democratic National Committee, and Reagan/Bush punished for Iran-Contra, or  George W. Bush punished for lying us into the Iraq war and normalized torturing people. Maybe, just maybe, if we punished presidents for committing crimes, Trump would have never happened. Ya think?
But, ooooh, Republicans impeached Clinton for lying about an affair but would not vote to impeach Trump for trying to dig up dirt on Hunter Biden in Ukraine to affect the current election.
I will not be nice to Republicans or Nazis until they get on their knees and apologize to the world. 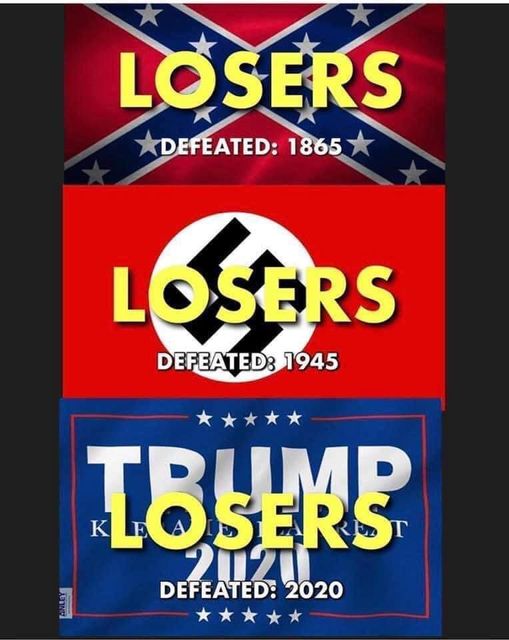 BREAKING: Coronavirus can be cured by Hydroxychloroquine according to a study released today by Johns Hopkins Total Landscaping Company. - JRehling 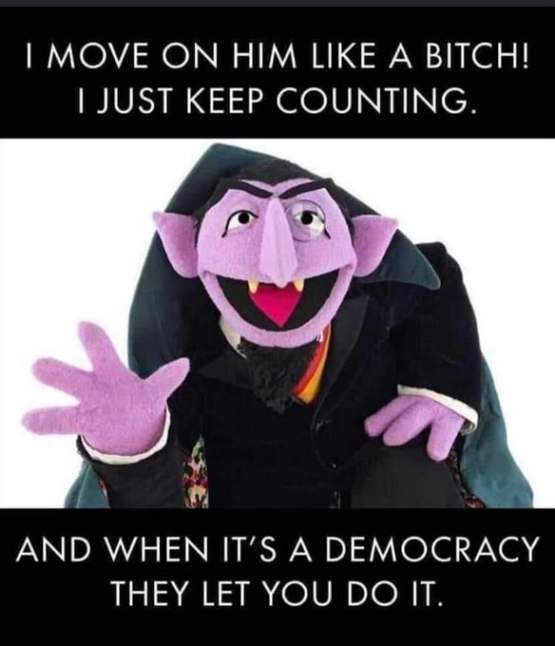 Missouri Has A Plethora Of Dumbasses
Mark and Patricia McCloskey now say photographer Bill Greenblatt was trespassing while taking their picture.
The infamous St. Louis couple that held guns up to Black Lives Matter protesters in their neighborhood has sued Bill Greenblatt, an international photographer for the United Press, and the United Press itself.
Mark and Patricia McCloskey are currently facing weapons charges for their actions towards protesters, but they’re now claiming Greenblatt trespassed on their property while capturing photos of the two.

Poor Ivanka and Jared! All those fancy outfits but never again another invitation to anywhere they'd like to be! Papa Trump's inability to admit defeat brands his kids with social pariah status. Did Ivanka really want to tour evangelical megachurches for the rest of her life? - Frank Schaeffer 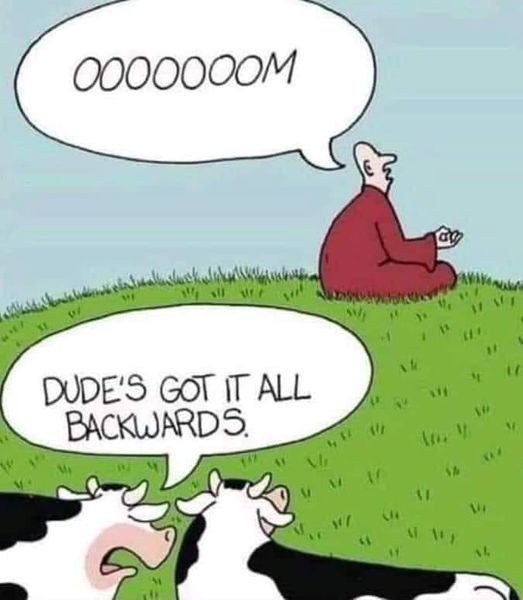 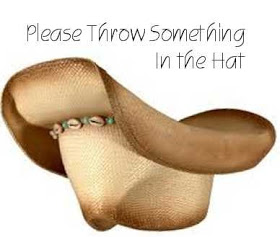 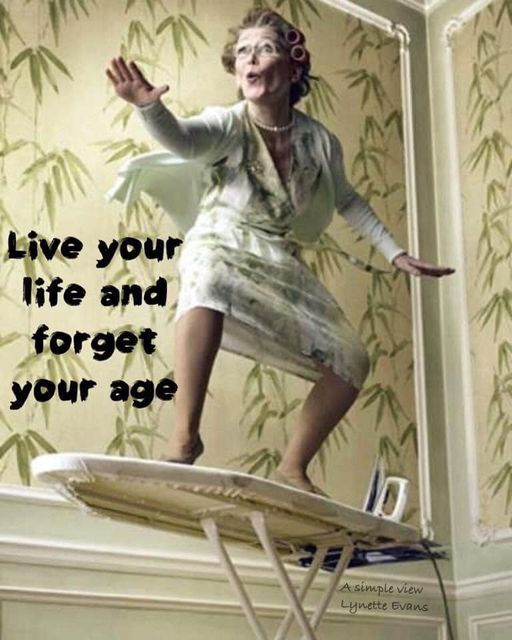 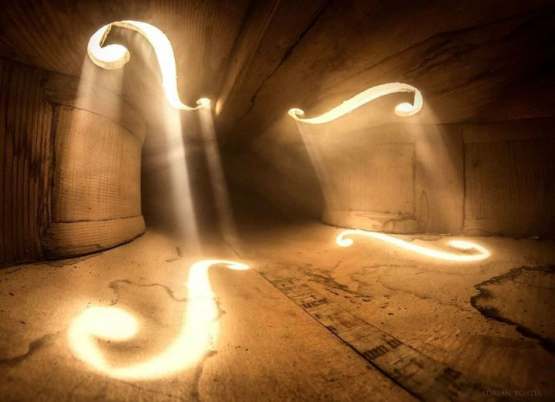 The inside of a violin.