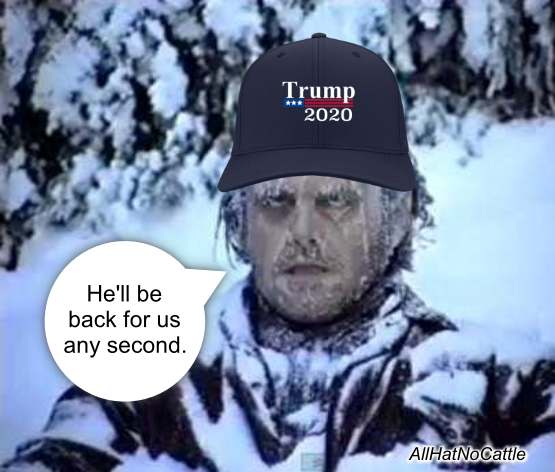 It is priceless, isn’t it. Trump lures a bunch of MAGA to a field to stroke his ego — when it’s freezing and there’s something of a flu going around — and just abandons them. What’s he got to do? Come round to your houses and punch you individually in the face??? - Michael Marshall Smith 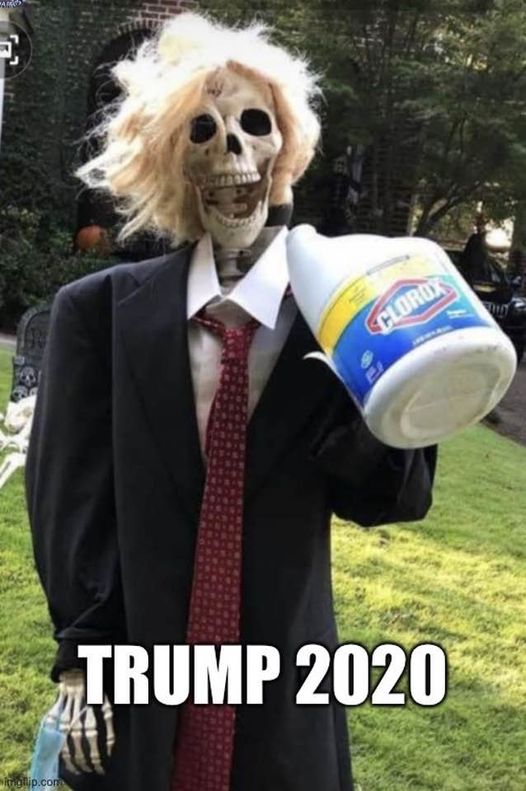 Trying hard to not let the blasting of “Fortunate Son” at the wealthy Vietnam draft dodger’s rallies overshadow my outrage over a quarter-million dead. It’s all so stupid, it hurts. - Scott Linnen 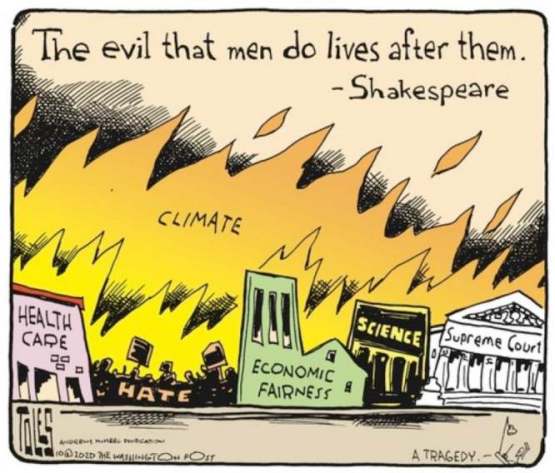 Jared Is As Evil As Trump. The Marquis de Sade Would Be Impressed.
President Donald Trump's son-in-law and senior adviser Jared Kushner boasted in mid-April about how the President had cut out the doctors and scientists advising him on the unfolding coronavirus pandemic, comments that came as more than 40,000 Americans already had died from the virus, which was ravaging New York City

Vote Joe. He won’t leave you stranded in the cold. - Lisa Glass 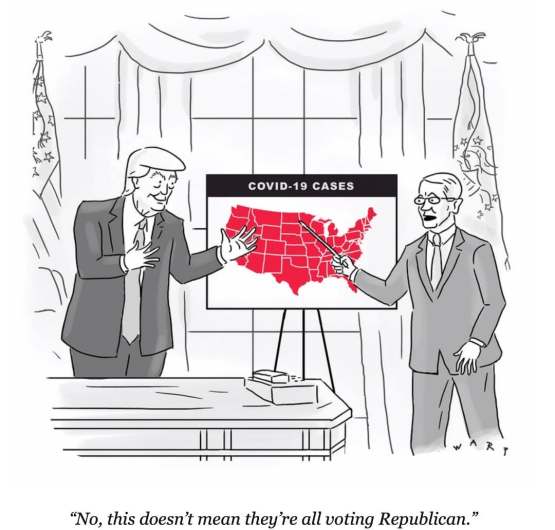 Of course Brett Kavanaugh likes Bush v. Gore. "Hanging Chad" sounds like one of the guys he used to boof with. - Stephen Colbert 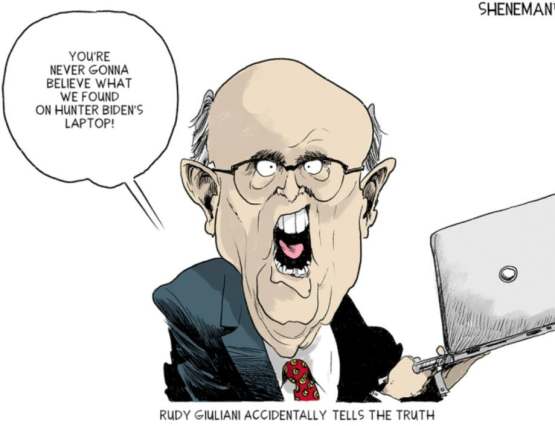 Kushner Says If Black People Want To Succeed They Would Have Their Fathers Bribe Harvard To Admit Them. - Andy Borowitz

My Goodness. Apparently There Are Criminals In This Administration!
The criminal campaign finance fraud prosecution of several associates of former New York Mayor Rudy Giuliani appears to be on the verge of netting its first guilty plea, as a federal court in Manhattan set a change-of-plea hearing for Thursday morning for Florida businessman David Correia. 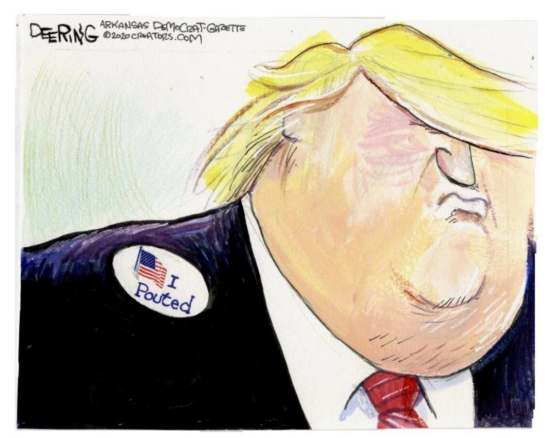 I pay more than 40 cents on every dollar I earn [in taxes]. So does Michelle. And we do it proudly because what I know is is that this country has blessed me ... I'm proud to contribute and give back. - Barack Obama 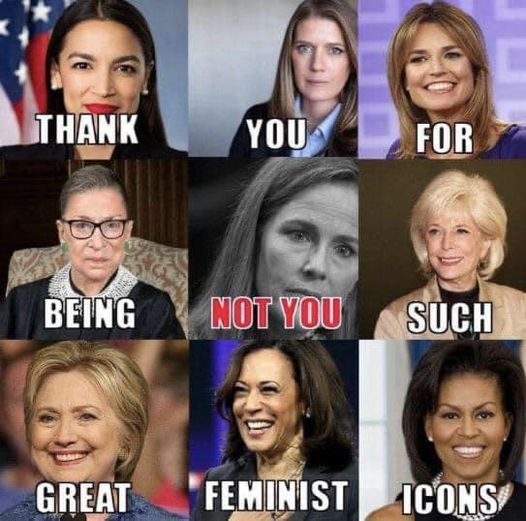 I hope the ghost of Ruth Bader Ginsburg haunts them all forever. - Sarah Cooper 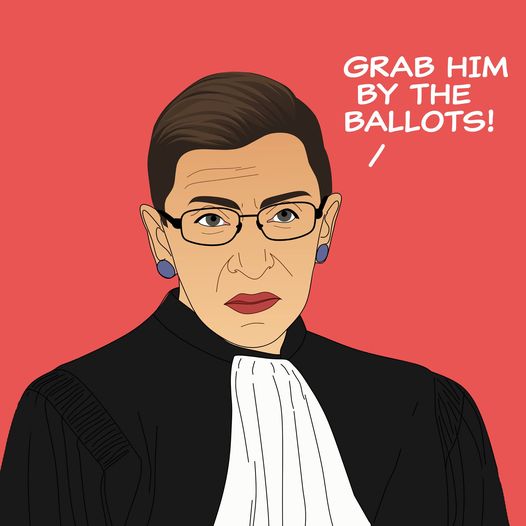 Car in front of me at red light has a bumper sticker says 'honk if you love Jesus.'
So I honk.
Then he gives me the finger. - John Fugelsang 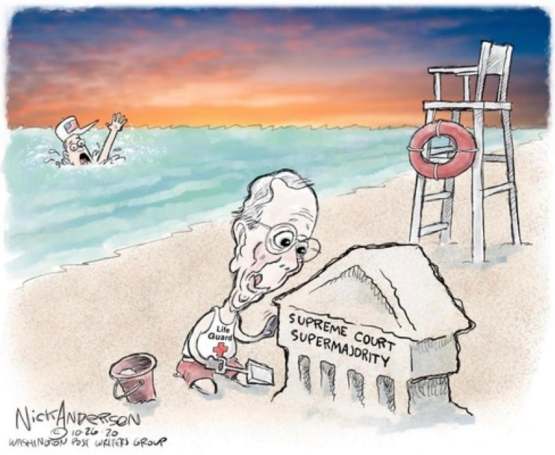 Trump endangering his supporters by:
• Buzzing them with his helicopter.
• Hosting a COVID super spreader event.
• Deserting them in the freezing cold to catch hypothermia.
As CCR’s ‘Fortunate Son’ blares all around is just so deliciously demented. - Billy Baldwin tweet 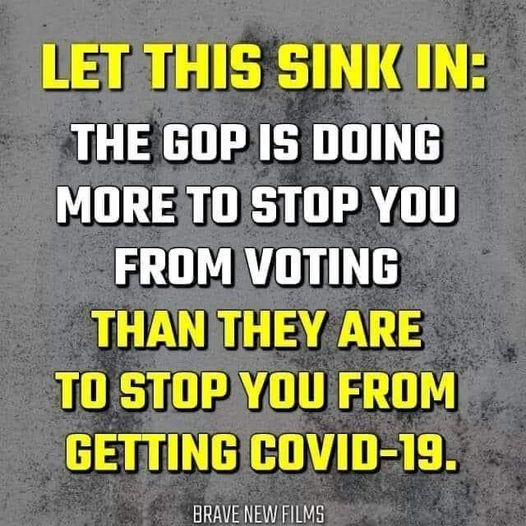 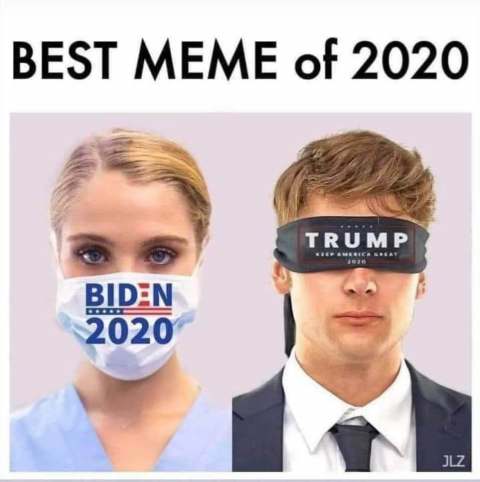 Online Sales Predicted To Break Record During Pandemic. Duh.
Judging by the early holiday season sales predictions trickling in, perhaps the one-two punch of uncertainty stemming from the presidential election and COVID-19 pandemic won’t ruin the crucial shopping period for most retailers.
Adobe Analytics predicted Wednesday that U.S. online holiday sales will tally $189 billion, up a strong 33% year-over-year. If that mark is hit, Adobe says it will “shatter” all previous records and be equal to two years of growth in one season.

My dog found a croissant on the ground one time, months ago, and he still drags me to that same spot every single day to check if there’s a new one. I may start occasionally hiding them there before our walks just to make his day. - Laura Bassett 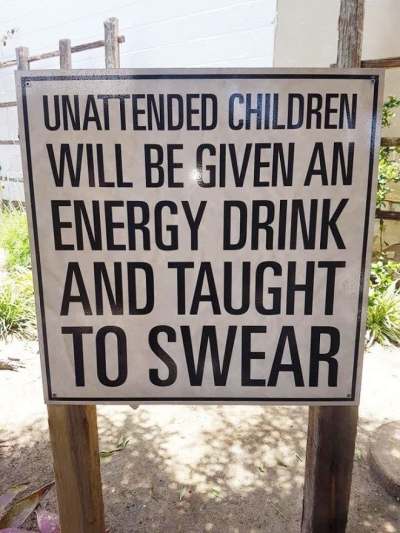 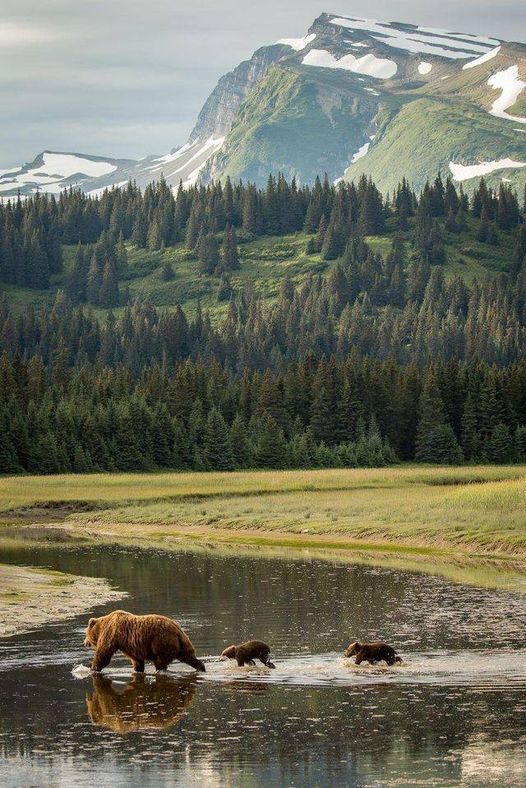 Grizzly bear with her cubs at Lake Clark National Park, Alaska. What a vista!
Peace.
Posted by Lisa at 3:33 PM