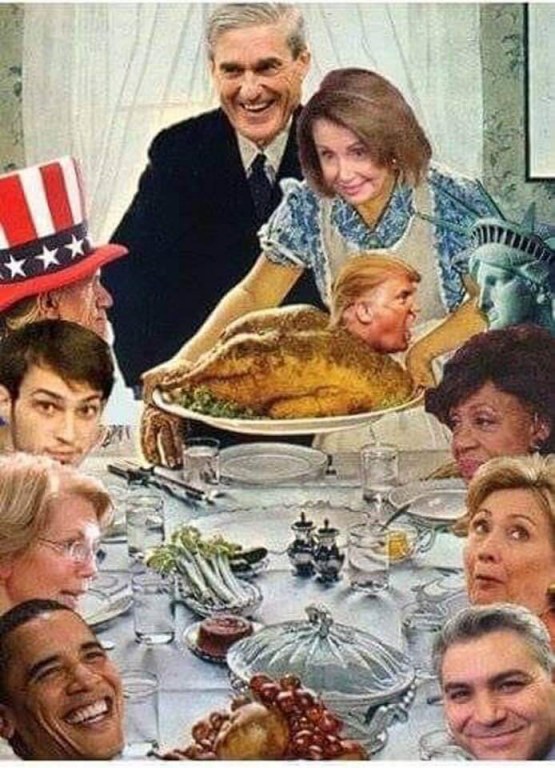 Trump peddles 'War on Thanksgiving'
At a rally in Sunrise, Fla., on Tuesday night, President Trump declared a victory in the imaginary “war on Christmas” while warning of a new one: the war on Thanksgiving. 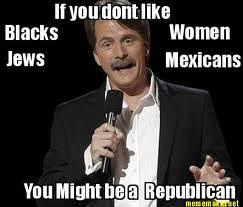 Looks like Trump & Putin are killing them off.A banker from Deutsche Bank found dead from hanging on the heels of Epstein.Hey, Rudy, be careful out there. - Woman in the Moon tweet 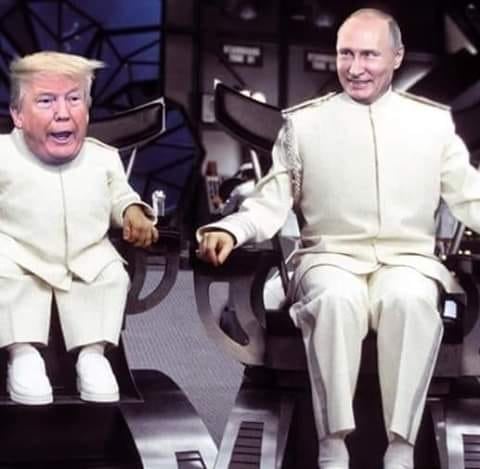 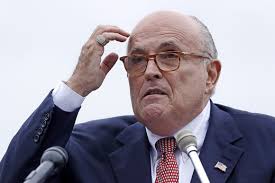 Trump May Run Out of Lawyers
A former US prosecutor says that Donald Trump appears to be implicating Rudy Giuliani in a bribery conspiracy, after the president claimed he never told his personal lawyer to go to Ukraine and dig up dirt on his political rivals.
Mr Trump appeared to distance himself from Mr Giuliani’s dealings in Ukraine on Tuesday, during an interview with disgraced former Fox News host Bill O’Reilly.

If Rudy Giuliani’s wife visits him in jail, does it count as a family visit or a conjugal visit? - Marie Connor 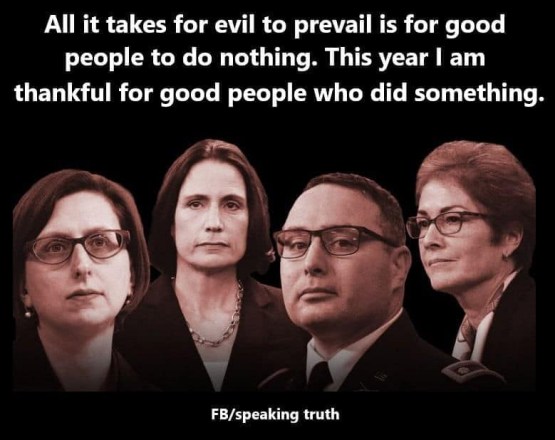 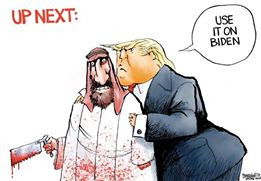 I guess before days end Donald Trump Jr will tweet out a photo with his head superimposed onto a successful authors body. - Roland Scahill

Hey, Sen. Graham, The Salem Witches Were Executed, You Buffoon.
Sen. Lindsey Graham (R-S.C.) said “Salem witches got a better deal” than President Trump after viewing the House Judiciary Committee’s impeachment plans.
The president’s ally condemned House Democrats’ setup of the impeachment inquiry on Twitter after House Judiciary Committee Chairman Jerrold Nadler (D-N.Y.) sent a letter to the White House inviting the president to attend the Judiciary hearings beginning on Dec. 4. The president is supposed to respond by Sunday. 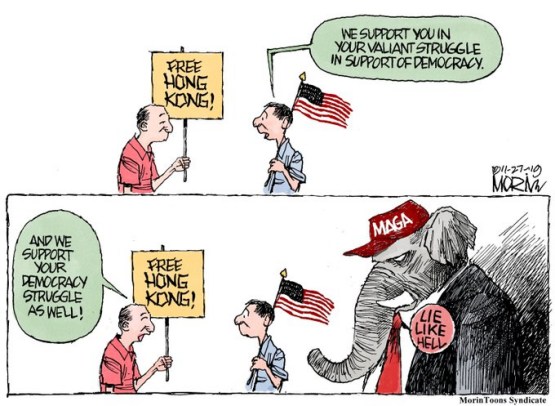 The “chosen one.” Making fun of people with disabilities, harassing veterans, and anyone who disagrees with him on Twitter. Preventing black people from living in his buildings. Bragging about grabbing women by the pussy. If you believe in Jesus, Christ, Donald Trump isn’t him. - Chelsea Handler 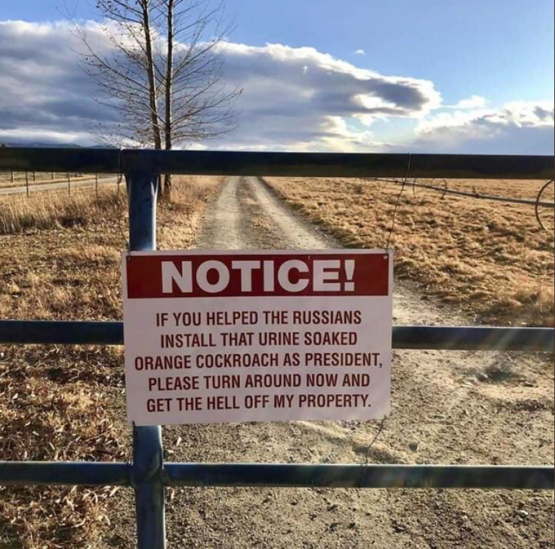 Devin Nunes is what would happen if someone tried to make stupid from concentrate, but forgot to add water. - Middle Age Riot

Jesus. Isn't This Entrapment By DHS?
About 90 additional foreign students of a fake university in metro Detroit created by the Department of Homeland Security have been arrested in recent months.
A total of about 250 students have now been arrested since January on immigration violations by U.S. Immigration and Customs Enforcement (ICE) as part of a sting operation by federal agents who enticed foreign-born students, mostly from India, to attend the school that marketed itself as offering graduate programs in technology and computer studies, according to ICE officials...The students had arrived legally in the U.S. on student visas, but since the University of Farmington was later revealed to be a creation of federal agents, they lost their immigration status after it was shut down in January. The school was located on Northwestern Highway near 13 Mile Road in Farmington Hills and staffed with undercover agents posing as university officials. 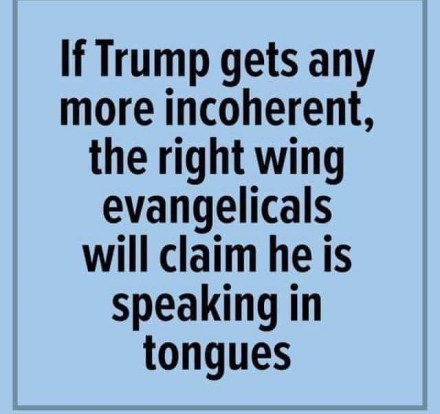 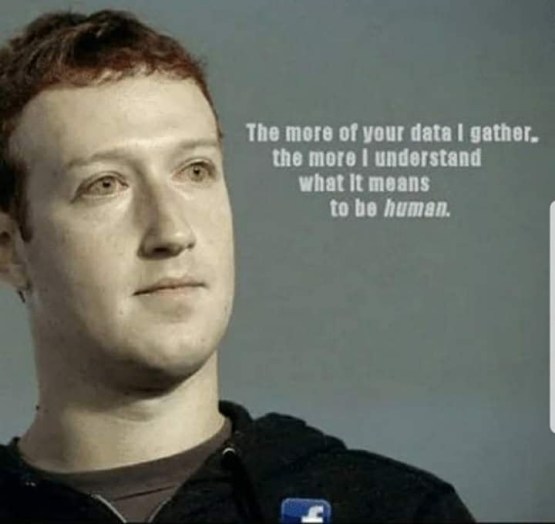 Don't Eat Romaine Lettuce!
Sixty-seven people have been infected across 19 states in an E. coli outbreak that is linked to romaine lettuce, the Centers for Disease Control and Prevention ... 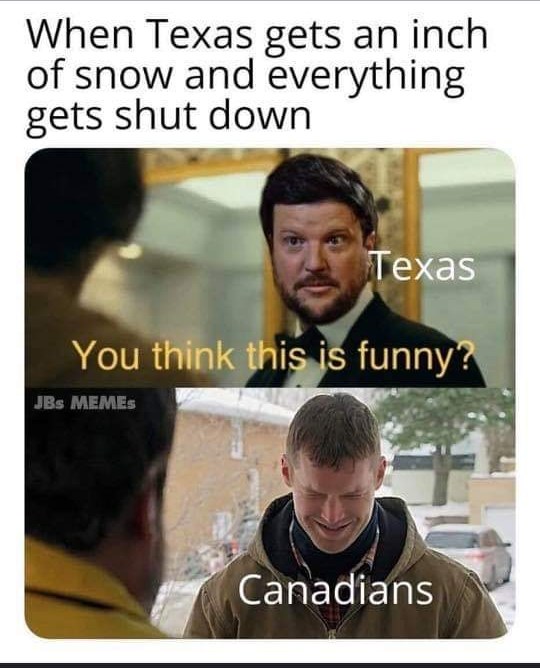 I am thankful for having this job!
Happy Thanksgiving Everyone