Well this guy's getting a promotion: ICE official on children left behind after Mississippi raids: We're 'not a social services agency' 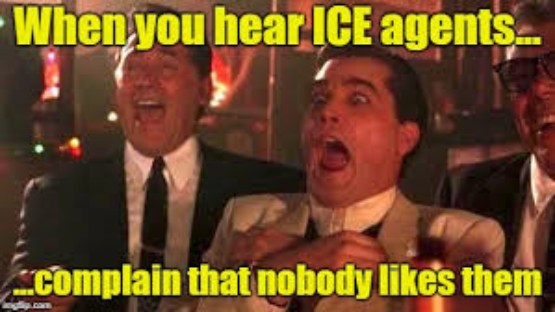 ICE official on children left behind after Mississippi raids: We're 'not a social services agency'
An ICE official told NBC News on Friday that the agency is "a law enforcement agency, not a social services agency" after news reports revealed that many children of suspects detained this week were left homeless in the immediate aftermath of the raid, though local media reports indicate that all are now staying with family members.


"Terrible things are happening outside... poor helpless people are being dragged out of their homes. Families are torn apart; men, women and children are separated. Children come home from school to find that their parents have disappeared." - Anne Frank (Jan 13, 1943) 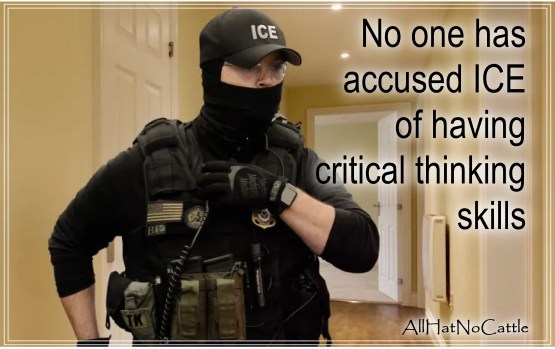 Acting DHS head on family separation “We treat everyone on a case by case basis. IF THE CHILD NEEDS HIS PARENTS...”.  All children who don’t need their parents, please raise your hand. Trump mentality in a nutshell. - Steve Redmond


Trump Is Just Jealous of Beto Because He's Taller & Thinner
President Donald Trump on Wednesday ridiculed former Rep. Beto O’Rourke and bragged about the crowd size at one of his rallies while visiting medical staff who treated victims of the mass shooting in El Paso, Texas, over the weekend. 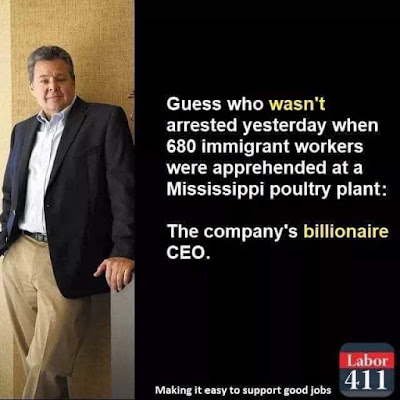 The GOP looks at the Mariana Trench and scoffs, “We can go lower.” - Suave Hellion tweet 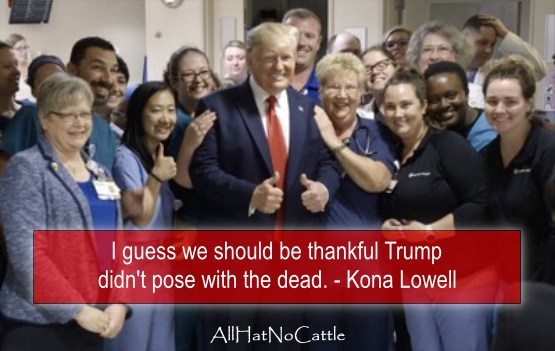 Uniformed men are physically detaining parents of young children, leaving them vulnerable in a world full of sexual predators and human traffickers.

Woody Harrelson Gives Insight After Trump Dies
Oscar-nominee Woody Harrelson has taken on many roles, but an enthusiastic dinner guest of Donald Trump's, long before he was president, may have been his most challenging...Harrelson did admit Trump "did say one thing that was interesting, though."
"He said, ‘You know, I’m worth four billion dollars,’ or maybe he said five billion dollars—one of those numbers, I forget," he said. "'But when I die, no matter how much it is, I know my kids are going to fight over it.’ That was the one true statement he made that night. 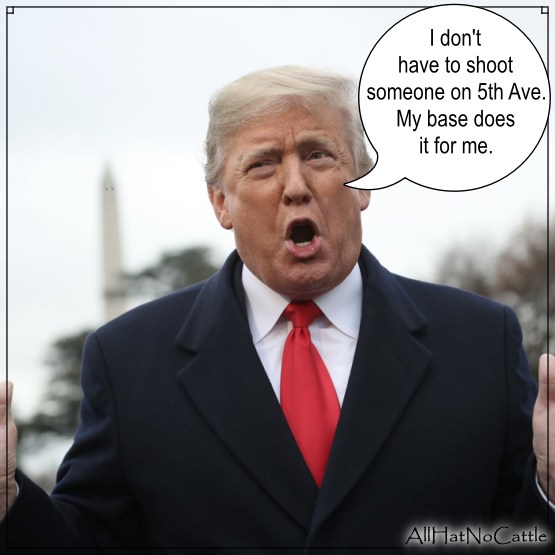 REMEMBER WHEN #DonaldTrump SAID HE COULD SHOOT SOMEONE ON FIFTH AVENUE AND GET AWAY WITH IT?  WELL, HE DIDN’T SHOOT SOMEONE HIMSELF, BUT HE INCITED OTHERS TO DO HIS DIRTY WORK FOR HIM, AS HE HAS DONE HIS WHOLE LIFE. - Bette Midler 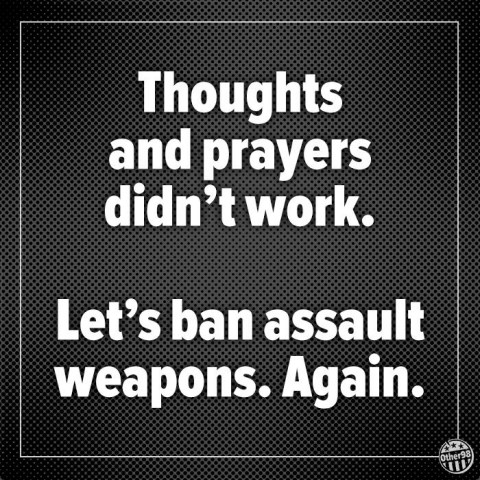 
My favorite Bible story is probably the one where Jesus poses for a ghoulish photo op with a baby that his hateful mouth helped get orphaned, attends a $250,000-a-plate Hamptons fundraiser and then jets off for a long weekend of golf at Galilee-a-Lago. - Jeff Tiedrich 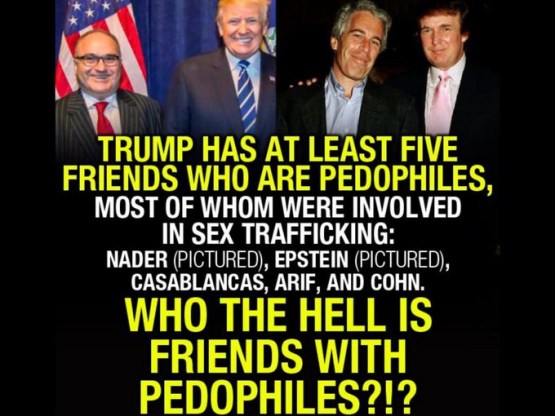 Dear fellow Christians,
Being black is not illegal.
LGBTQ will be in Heaven, get ready for a fabulous party.
A woman’s choice to control her body is a Constitutional right.
Kids should never die in cages.
And Jesus wants you to stop being assholes.


I Wonder How the People of Color in the DOJ Feel About This.
Alleged white supremacists were responsible for all race-based domestic terrorism incidents in 2018, according to a government document distributed earlier this year to state, local and federal law enforcement.
The document, which has not been previously reported on, becomes public as the Trump administration’s Justice Department has been unable or unwilling to provide data to Congress on white supremacist domestic terrorism. 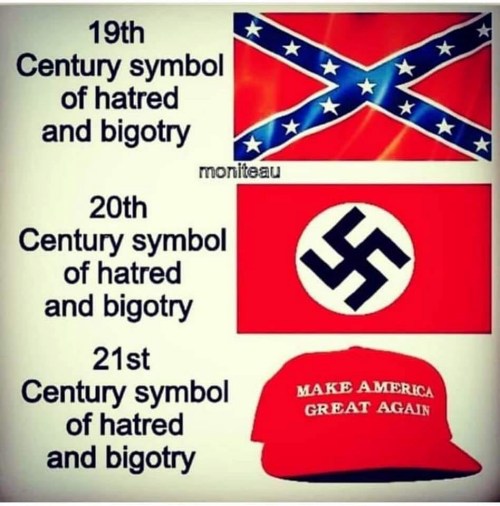 45 Years Ago Today
August 9, 1974.
Gerald Ford is sworn in as president of the United States after the resignation of President Richard Nixon.


When Nixon left office, I was so relieved that a president was held accountable. I was so naive then. 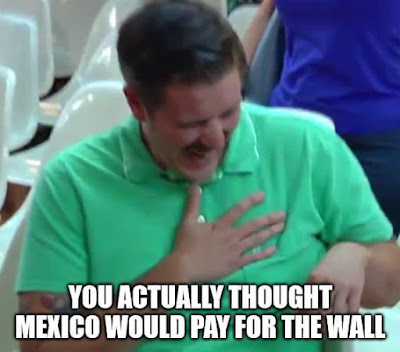 So let me get this straight: many Trump supporters think it is right to boycott Nike for fighting against racism, but it is wrong to boycott companies which support racism?? Do i have that right? - Matthew Dowd 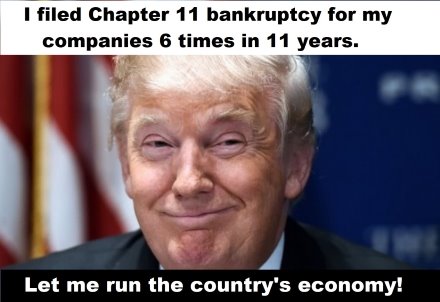 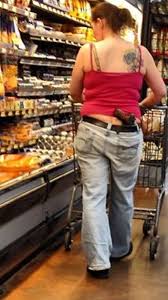 Walmart Shoppers NEED Their Gun Section
In the wake of one mass shooting and the threat of another in its stores this week, Walmart has made the courageous decision to remove violent video game displays — but not actual guns — from its stores.

Stopped into a gritty pub for a lunchtime burger.

The three fellas next to me at the bar are talking about...

I don’t even know what’s happening any more. - The Hoarse Whisperer tweet 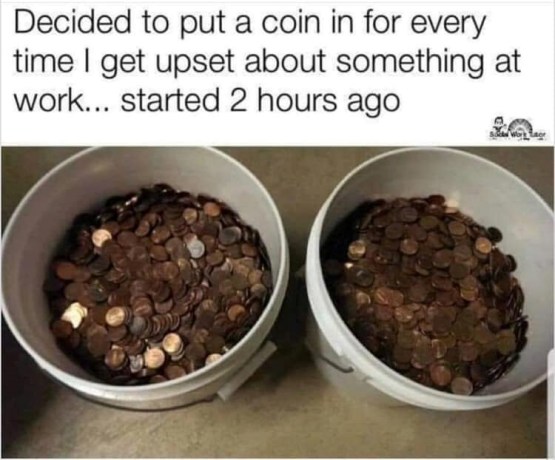 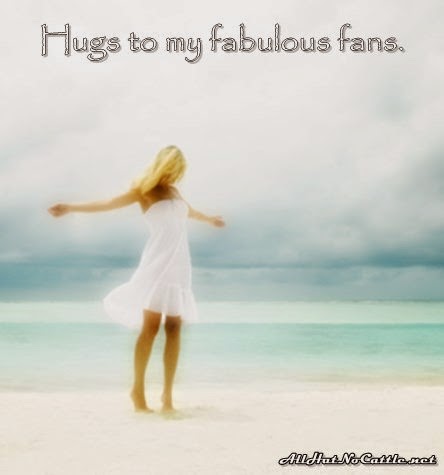