Trump's lawyer is in deep trouble 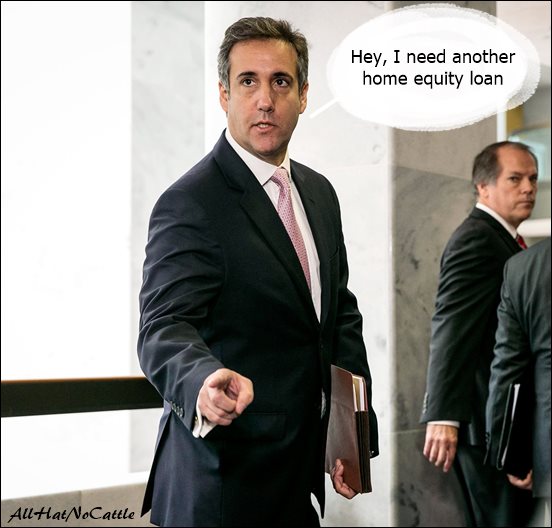 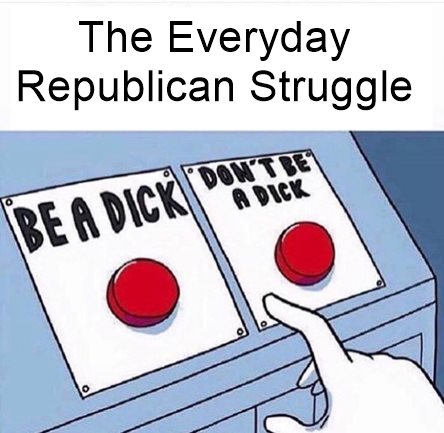 John Kelly must have Trump in a headlock right now to keep him from rage-tweeting about Michael Cohen. - Jeff Tiedrich

Do you think we are all gonna have PTSD after Trump? - Mayday Mindy 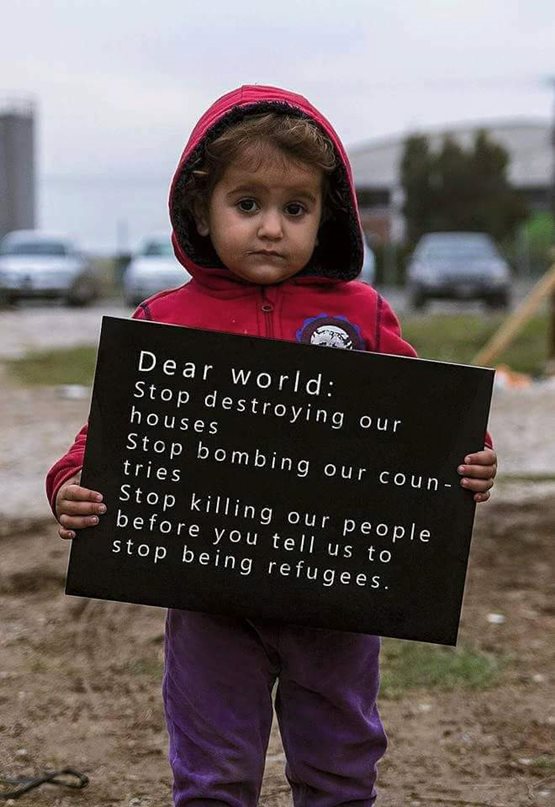 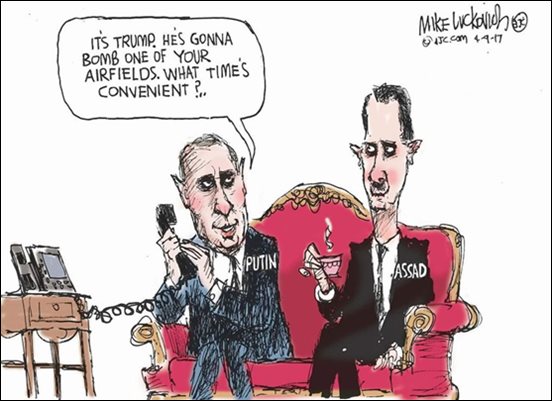 Today is John Bolton's first day as Trump's national security advisor. You have about 7 hours left to dig your fallout shelter. - Jeff Tiedrich 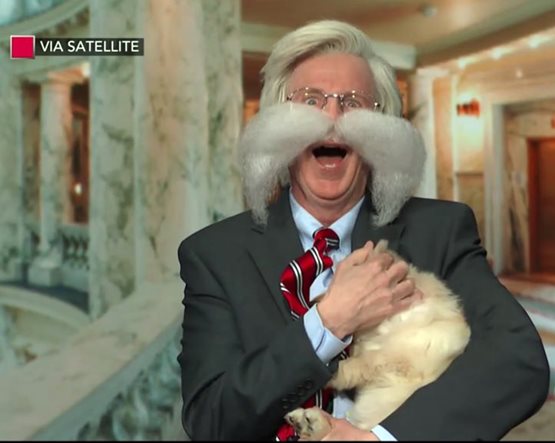 I thought it might be nice to start the show on a positive note with a special message from a special man, the host of “The 700 Club,” Mr. Pat Robertson, with a thought for the day: “There’s nothing in the Bible about mermaids. I think they're kind of half-fish and half-women. I don't think that such a creature exists.” Well, thanks, Pat. I'm glad you finally cleared the mermaid controversy up.- Jimmy Kimmel 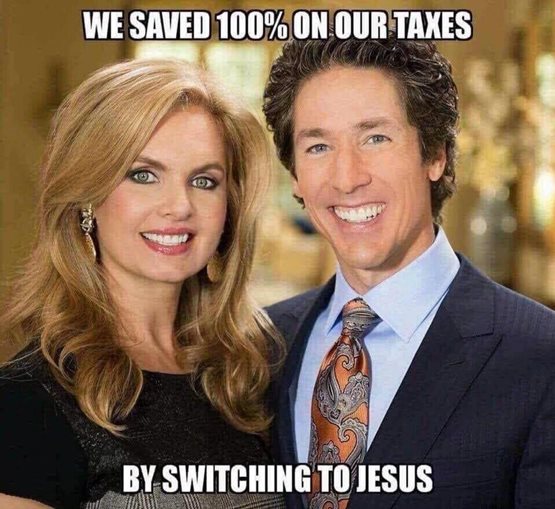 Wow. No Sprinkler System In Trump Tower. A Man Died And Six Injured. Isn't That Illegal?
The apartment destroyed by a raging fire in New York's Trump Tower that killed a resident and injured six firefighters had no sprinkler system, authorities said. Firefighters remained at the scene Sunday, cleaning up after the blaze and trying to determine its cause. The fire broke out shortly after 5 p.m.


Trump got his wish, he killed someone on Fifth Avenue yesterday. - ItsMeCathi tweet 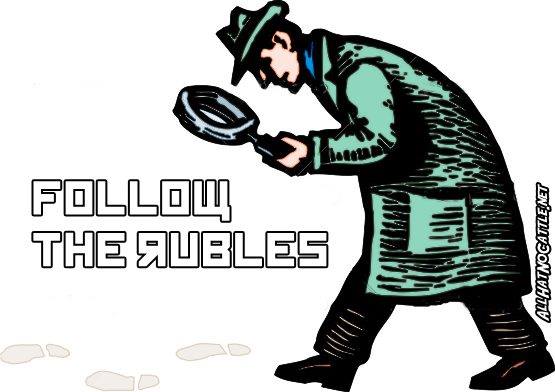 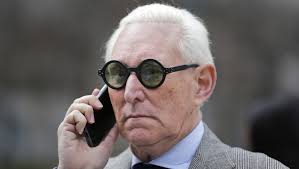 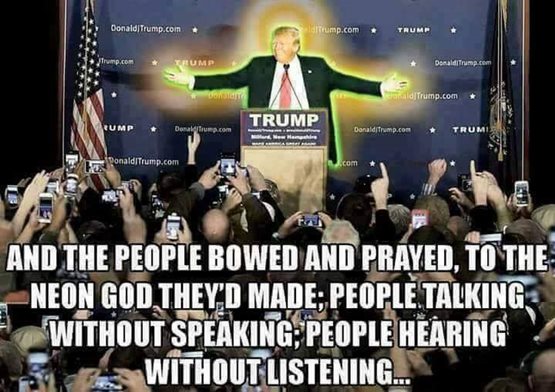 
Imagine if Hillary owned a gaudy tower in NYC and never installed sprinklers and there was a fire and someone died. Fox News would be losing its mind...Congressmen would be falling all over each other in a mad dash to hold hearings. - Jeff Tiedrich 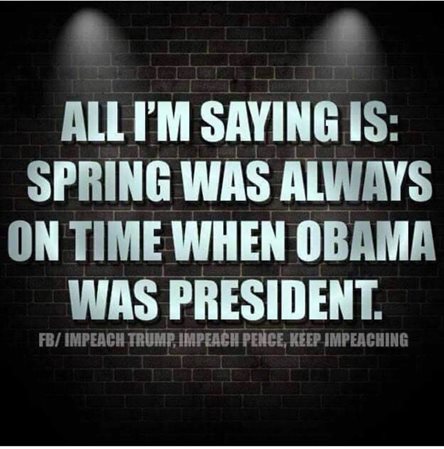 Jeff Sessions Continues The 24th Year Of Investigating Hillary Clinton For Something
The Justice Department will appoint a U.S. attorney to oversee the release of documents related to the FBI’s 2016 investigation of Hillary Clinton amid Republican complaints — including from President Donald Trump — that the DOJ is slow-walking their release.


Hillary said that when Putin heard Angela Merkel was scared of dogs, he brought one to a meeting with her. Which explains why at his next meeting with Trump, Putin will bring a treadmill.- Jimmy Fallon 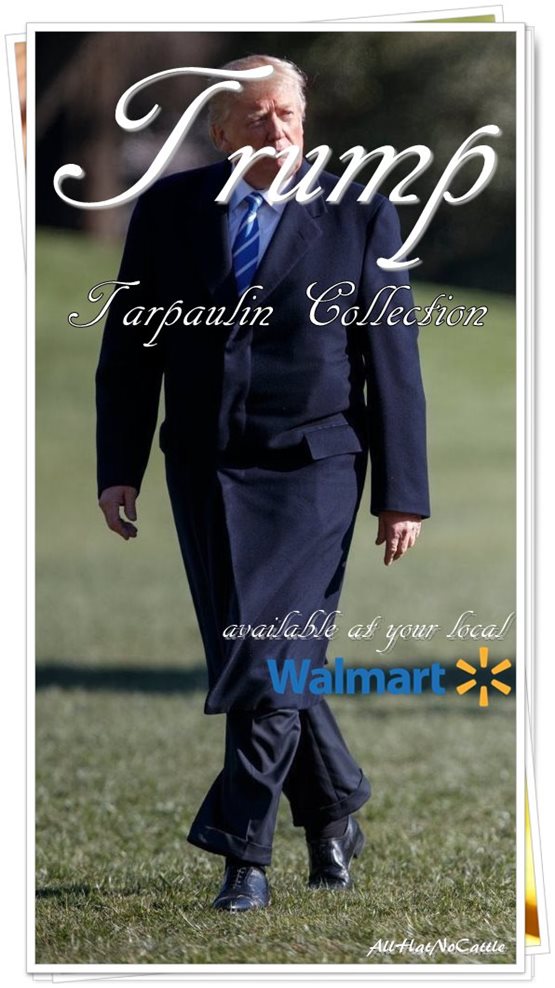 Ten bucks says Eric Trump's job is to sit in a basement buying up all the cheapened stocks every time his dad publicly attacks another US business. - John Fugelsang 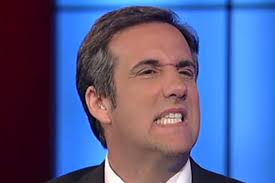 The Whole Lot Of Them Are Bullies
After the Harvard Lampoon humor magazine pranked then-candidate Donald Trump, Trump's lawyer. Michael Cohen,  allegedly called up Harvard student Tom Waddick and said he would have him expelled. 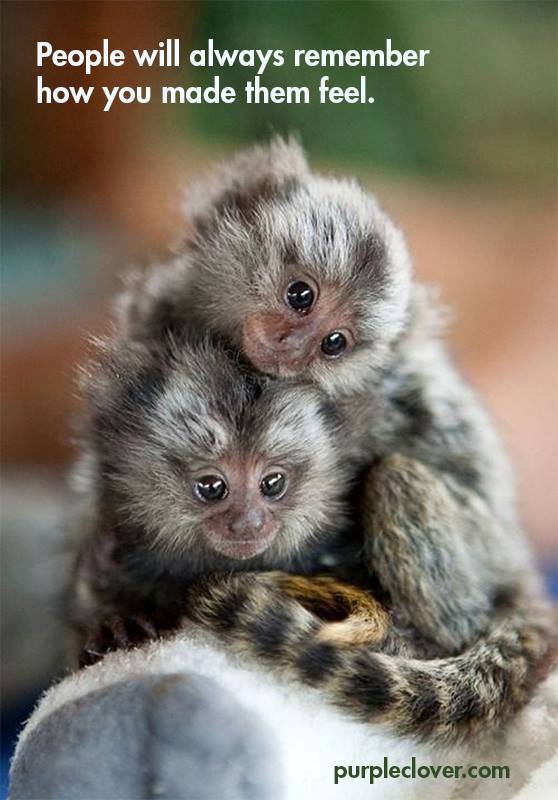