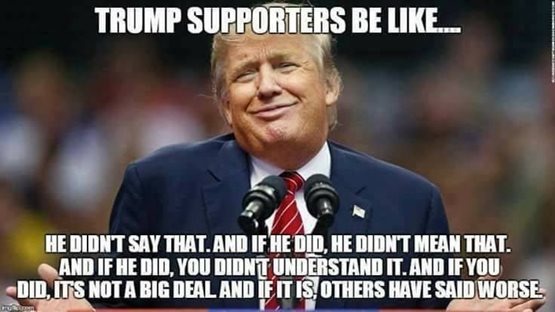 Trump backs off tweet warning Russia of 'coming' Syria strike
A day after warning Russia in a tweet that “missiles will be coming” to Syria, President Trump said on Twitter that an airstrike was not necessarily imminent.


Last night, the portraits of Washington and Jefferson quietly snuck out of the White House. - Conan O'Brien 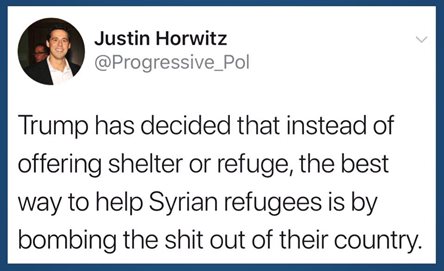 "All the war-propaganda, all the screaming and lies and hatred, comes invariably from people who are not fighting." - George Orwell


Of Course Trump Is Friends With The Owner Of A Sleazy Tabloid Rag That Is Now Under Investigation
President Trump has long had ties to the nation’s major media players. But his connections with the country’s largest tabloid publisher, American Media Inc., run deeper than most. 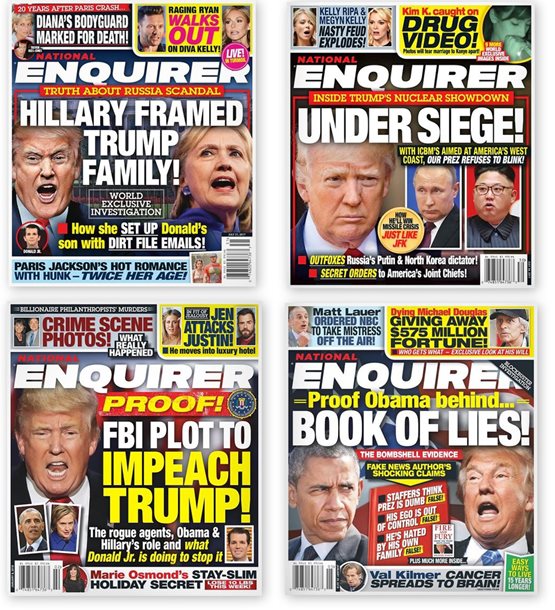 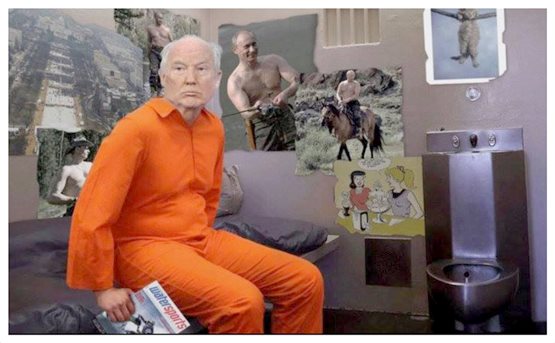 On #HolocaustRemembranceDay, Donald Trump remembers the good people on both sides. - Paul Soloman

House Speaker Paul Ryan said he is not seeking re-election because he wants to spend more time with his kids. Ryan said, "As a dad, there comes a time when you want to be there to take away their healthcare IN PERSON."- Conan O'Brien 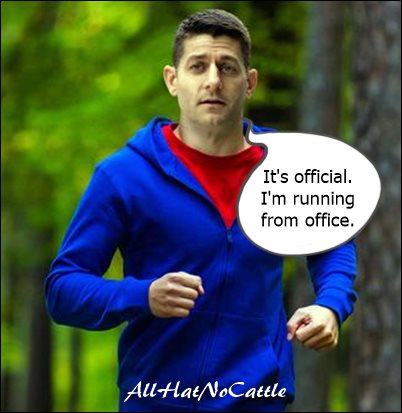 Paul Ryan is stepping down and looks forward to pretending it's possible to worship both Jesus & Ayn Rand in the private sector. - John Fugelsang 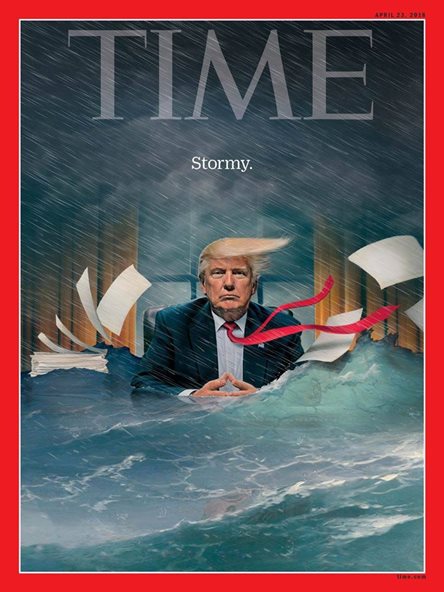 Former House Speaker John Boehner has joined the board of a marijuana company and today he said his "thinking on cannabis has evolved." That can only mean really one thing: His grandson showed him how to use a bong.- Conan O'Brien 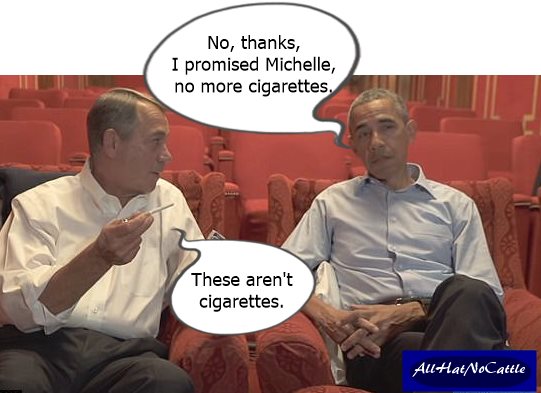 
Senators should reject Mike Pompeo’s nomination to be Secretary of State. He denies the climate crisis, and has been doing the bidding for fossil fuel interests his whole career. The American people deserve better.- Al Gore 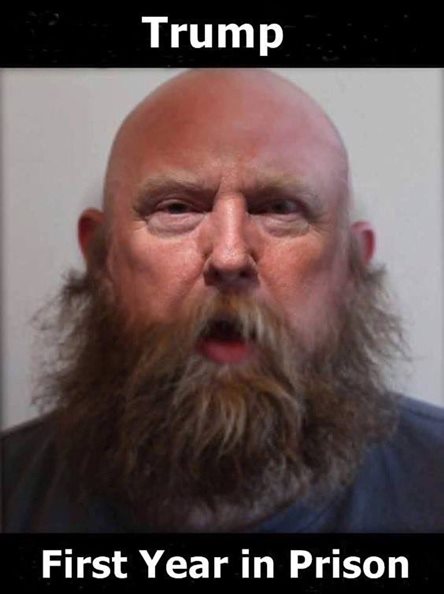 It was reported that President Trump is doing nothing right now but angrily fuming, eating, and watching TV. In other words, it sounds like Trump is turning into a Trump voter.- Conan O'Brien 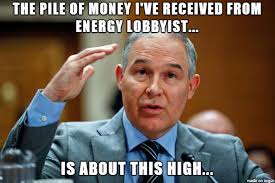 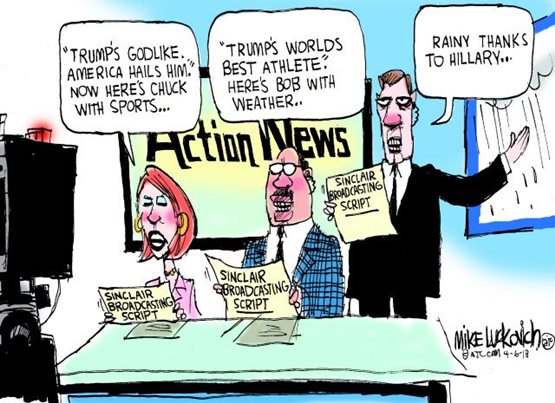 
According to reports, Facebook founder Mark Zuckerberg sat on a four-inch-thick cushion to boost his height during his Senate testimony yesterday. Zuckerberg was like, "Oh, no, that's my wallet."- Seth Myers 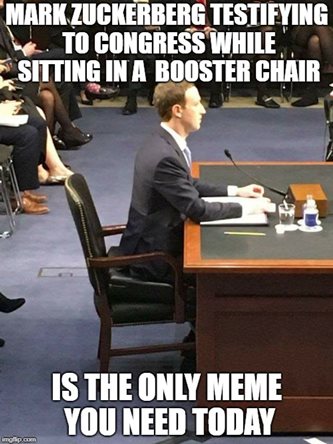 Mark Zuckerberg completed day two of his congressional testimony about security breaches. Things got a little tense when Zuckerberg referred to each senator by their PIN number.- Conan O'Brien 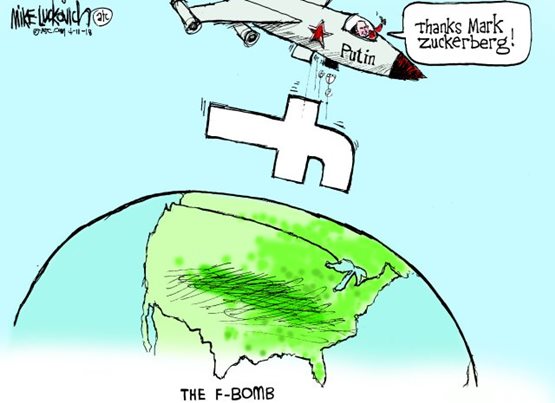 Buy Your Very Own Sears Store Online!
More than a dozen of Sears Holdings' stores are being auctioned online.
Commercial real estate services firm Cushman & Wakefield is teaming with Real Insight Marketplace, an online bidding platform, to help unwind some of the department store chain's assets.


DEA officials have seized 500 pounds of meth concealed inside Disney figurines, which explains why Goofy is missing all but two teeth. - Conan O'Brien 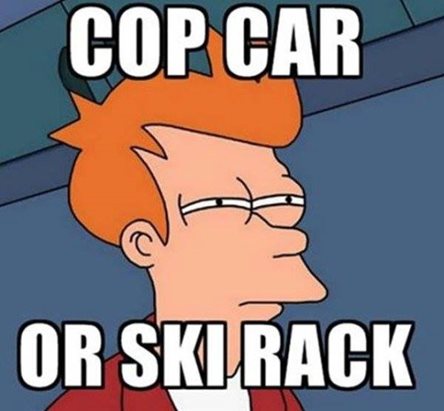