Thomas no longer eager to speak to Jan. 6 committee 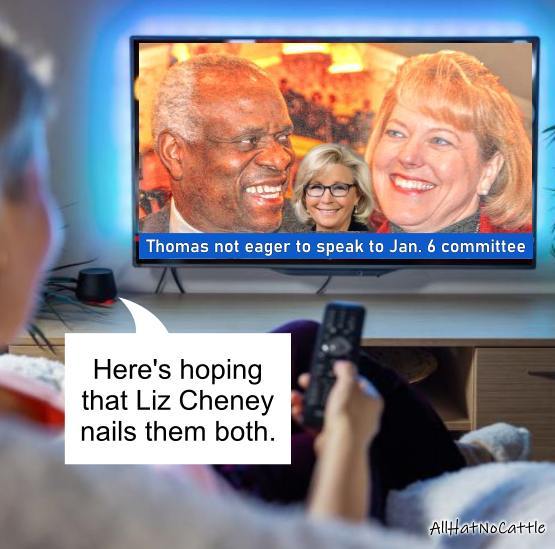 Thomas no longer eager to speak to Jan. 6 committee
A lawyer for Virginia "Ginni" Thomas has dimmed prospects for an appearance before congressional investigators probing the Jan. 6, 2021, Capitol riot.

Hillary Clinton testified for 11 hours and never invoked the fifth amendment under oath because she didn’t have anything to hide. 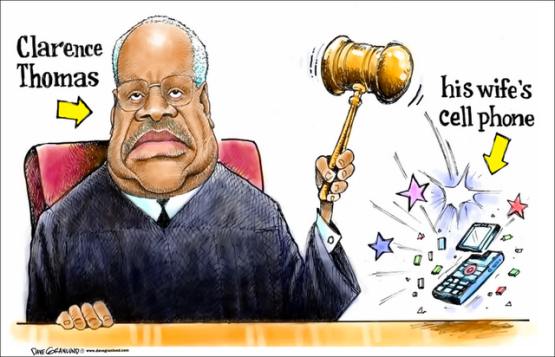 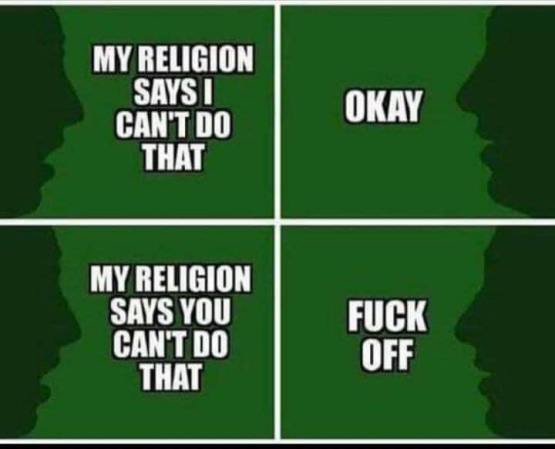 Melania Was All In On Jan 6.
Former first lady Melania Trump was given a chance to call for peace on Jan. 6, 2021 as her husband’s supporters attacked the U.S. Capitol and attempted to block the certification of the 2020 election.
She declined.

This is your reminder that Donald Trump could eat a live baby on TV and it probably wouldn't change anyone's opinion of him. - John Fugelsang 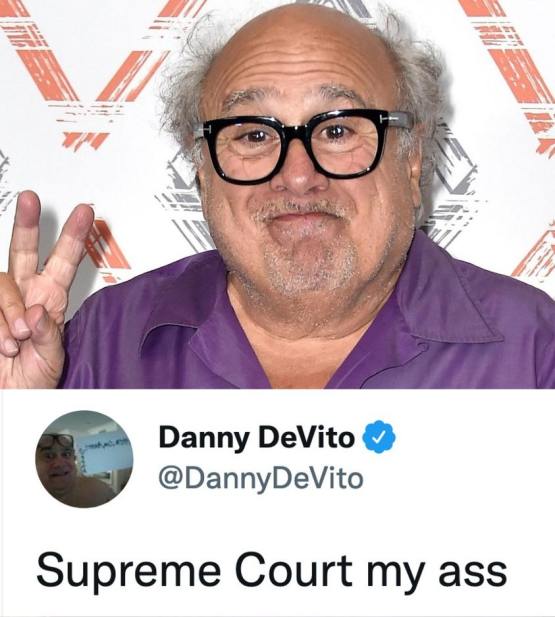 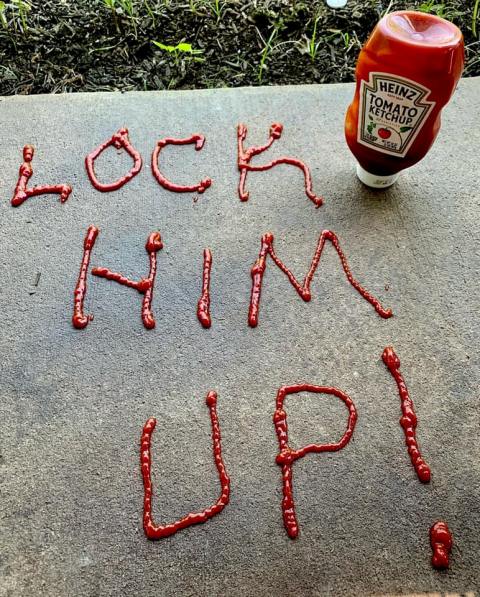 We probably should've known that presidency would end with ketchup dripping down a wall, but then, Heinz sight is 2020. - Justin Chang tweet 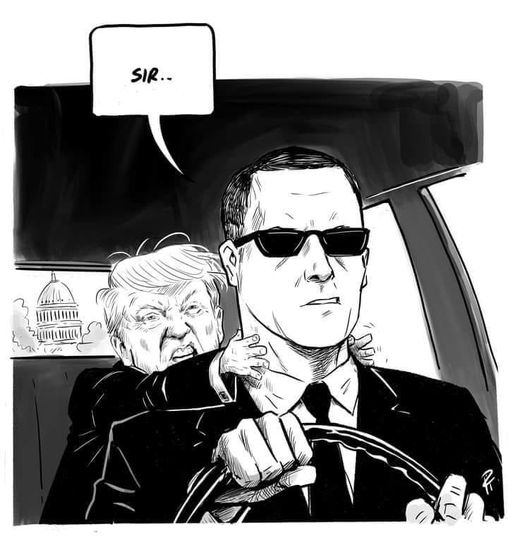 Tucker Carlson Comes Up With Some Lulus
Tucker Carlson told viewers on Tuesday the water supply in the United States will be laced with SSRIs – selective serotonin reuptake inhibitors – in an effort to placate an increasingly dissatisfied population.

The "masks are child abuse" and "the child must birth a baby" venn diagram is a circle. - Assistant Prof tweet 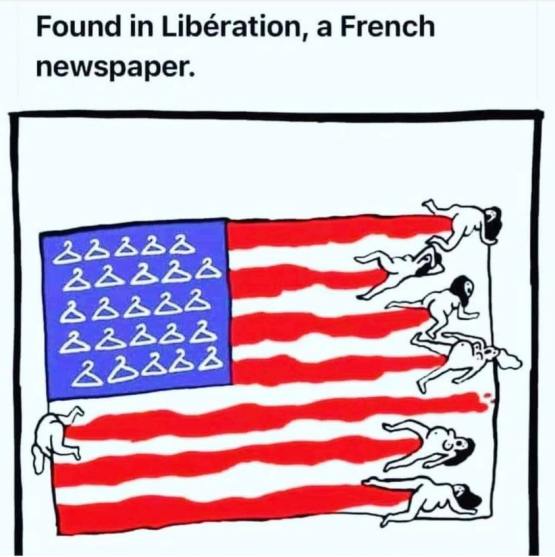 Speaker Pelosi receiving communion at the Vatican after being refused by a hyper-partisan archbishop in the U.S. is one hell of a response. Brilliant. 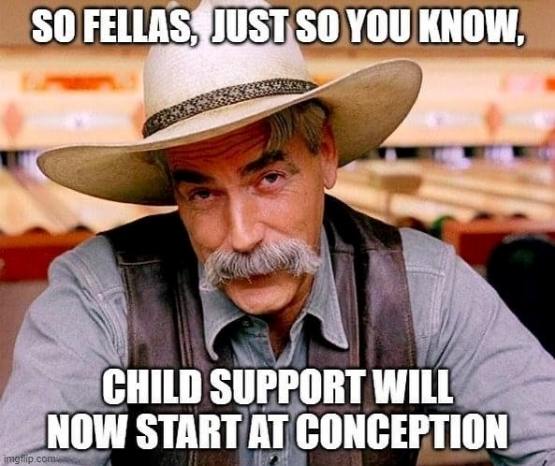 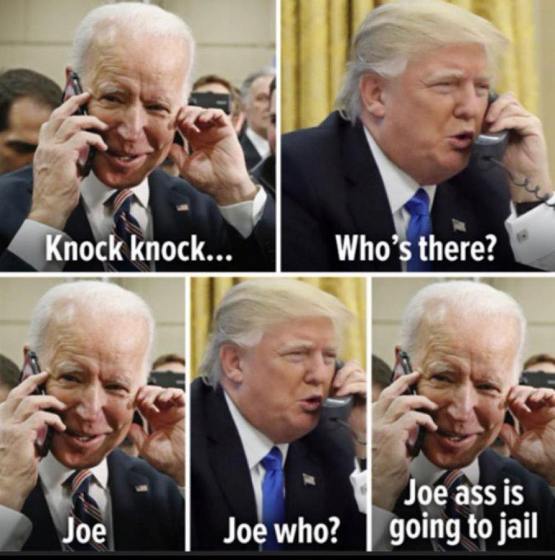 The two first polls since Roe was overturned say that over 65% Gen Z is much more likely to vote after this.
Republicans f*cked up. - Santiago Mayer 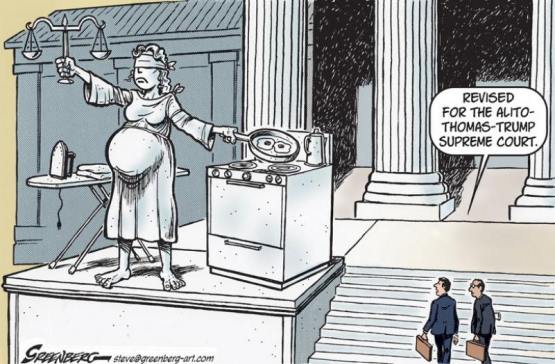 If you think gas is expensive, wait until you see what an unwanted pregnancy costs. - BlackKnight10K tweet 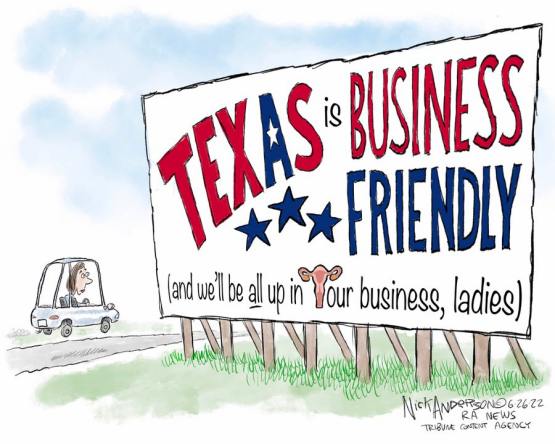 Giuliani Pal Convicted. Maybe You're Next, Rudy?
Lev Parnas was sentenced to 20 months in federal prison on Wednesday for fraud and campaign finance offenses. He must also pay $2.3 million in restitution.
Parnas, 50, was convicted of campaign finance violations in October and pleaded guilty to fraud in March.

Jesus on public prayer: “And when you pray, do not be like the hypocrites, for they love to pray … on the street corners to be seen by others… But when you pray, go into your room, close the door and pray to your Father, who is unseen.” Matthew 6:5-6. 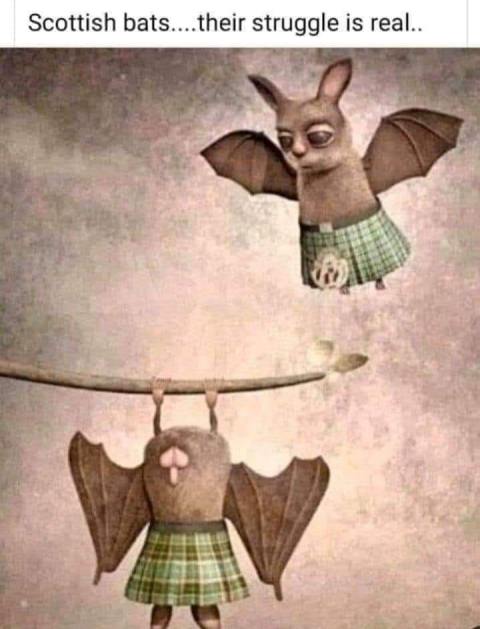