WH on U.S. Catholic bishops new guidance that could deny Biden the rite of Communion: ‘The president’s faith is personal’ 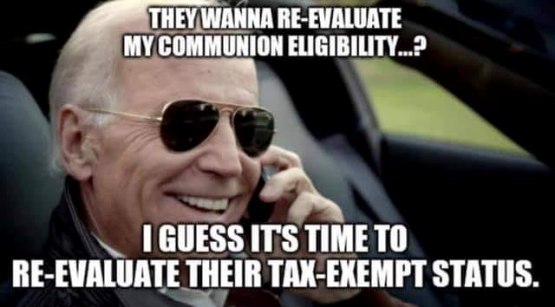 WH on U.S. Catholic bishops new guidance that could deny Biden the rite of Communion: ‘The president’s faith is personal’
During a White House briefing on Monday, press secretary Jen Psaki responded to a question about U.S. Catholic bishops writing a document that could prohibit high-profile politicians who support abortion rights from receiving Communion. Psaki said “the president's faith is personal” and he, like many Americans, does

Jesus never once said you cannot take communion if your political ideology differs from others. He simply said, “do this in remembrance of me.”
He also never once said a priest determines who can take communion, that’s a man-made rule, not given by God.
I follow Jesus, not man. - Travis Akers 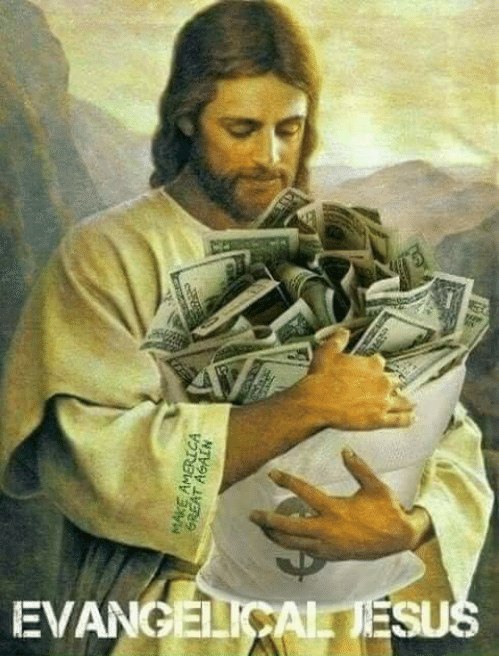 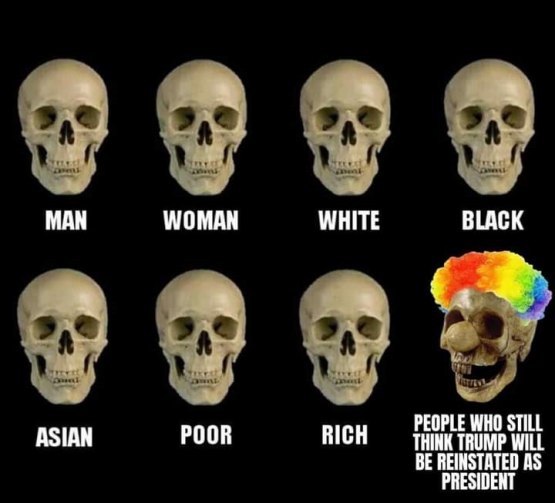 Buffoon To Run For Governor of Idaho
Ammon Bundy, the rancher who captured national attention when he led an armed occupation of federal land in Oregon, has announced his run for governor of Idaho.
"I'm running for governor because I'm sick and tired of all of this political garbage just like you are," Bundy said in a video announcing his campaign on Saturday. "I'm tired of our freedoms being taken from us and I'm tired of the corruption that is rampant in our state government."

The moment that supporters of Cliven and Ammon Bundy were able to point their loaded semi-automatic rifles at federal agents without being immediately shot--or immediately arrested, at least--it was clear that a very dangerous precedent had been set.  It set the stage... - Lance Hartwich tweet 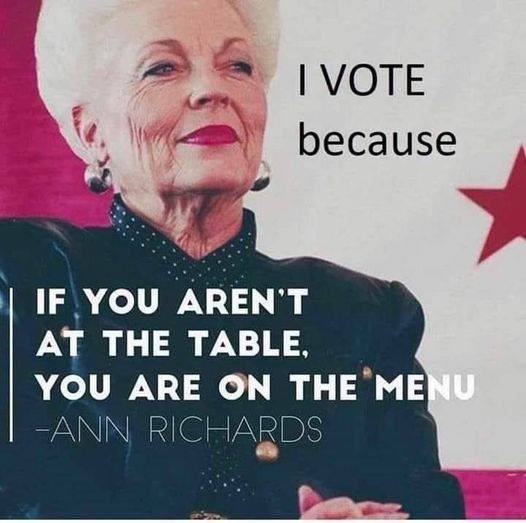 Huckabee’s son killed a dog. Sarah Palin’s son stood on one. Tomi Lahren kicks hers. Mitt Romney drove with his on the roof of his car. Ted Cruz abandoned his. People are mocking Biden for mourning his… I’m not saying all Republicans are dog-hating monsters or anything but...- OhNoSheTwitnt 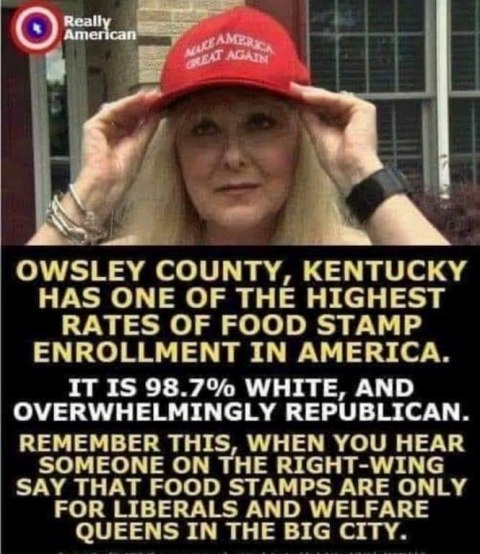 Conservative Catholics Gone Wild
Pope Francis and President Joe Biden, both liberals, are the two most high-profile Roman Catholics in the world.
But in the United States, neither of these men is determining the direction of the Catholic Church. It is now a conservative movement that decides how the Catholic Church asserts its power in America.

When a Republican says "the KKK was started by Democrats" what they mean is "I am an idiot who has no idea what has happened in the last 150 years." - Middle Age Riot 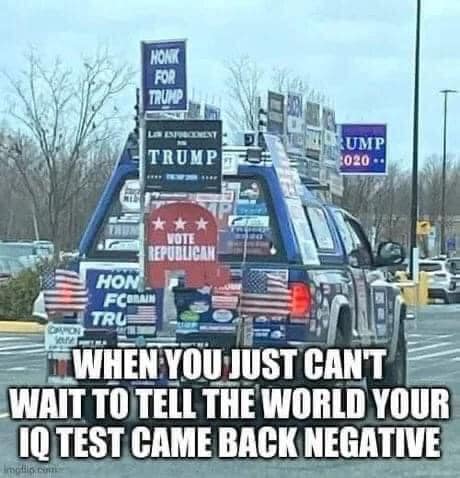 
Republicans are mocking Biden for showing grief over the loss of his dog.
If you lose your dog but feel nothing, you might be a Republican. - George Takei 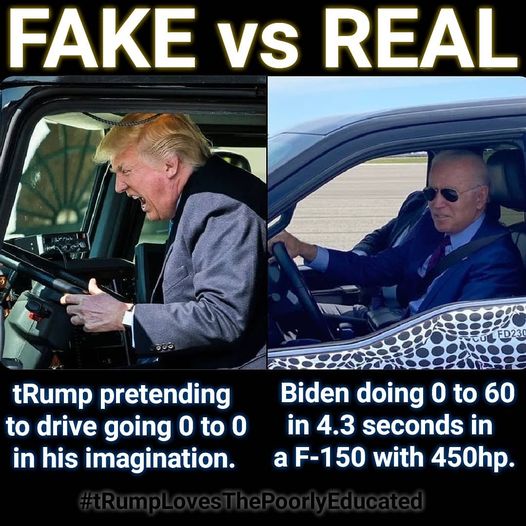 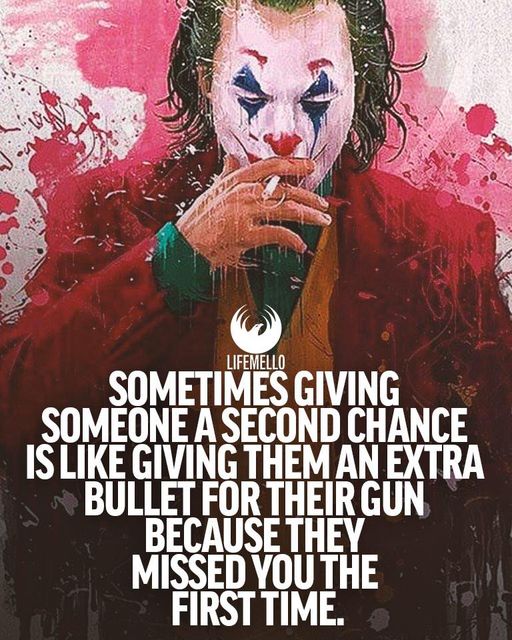 Methinks DeSantis May Run For President -- Of Cellblock 9
Florida Gov. Ron DeSantis (R) ran narrowly ahead of former President Trump in a straw poll of potential 2024 candidates in a survey conducted over the weekend at the Western Conservative Summit in Denver. 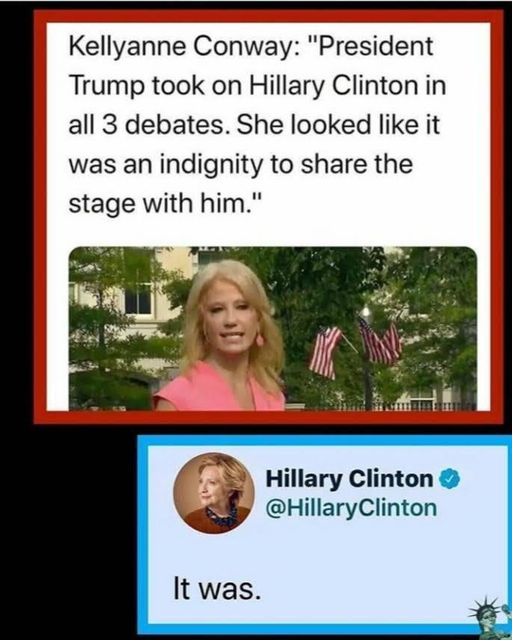 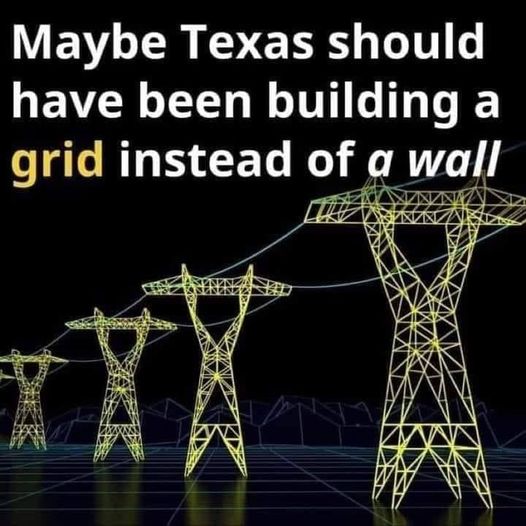 It's funny how the number of Trump rallies has gone down since the government's not paying the bill. - Dave Matt 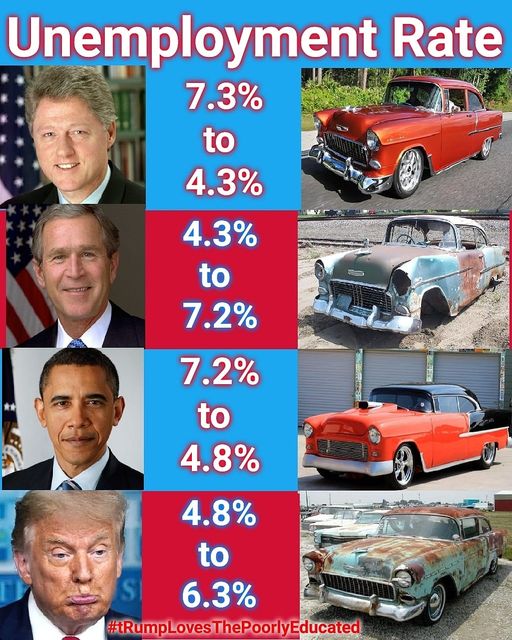 Supply & Demand In Action
Oil could hit $100 per barrel next year as demand outstrips supply, according to Bank of America.
The firm identified three factors on the demand and supply side that should support prices into 2022. Analysts led by Francisco Blanch pointed to pent-up travel demand following more than a year of lockdown, and said that consumers forgoing public transit in favor of private cars will also raise demand for fuel.

Delta Airlines: Can we find another term besides the “delta variant” please? 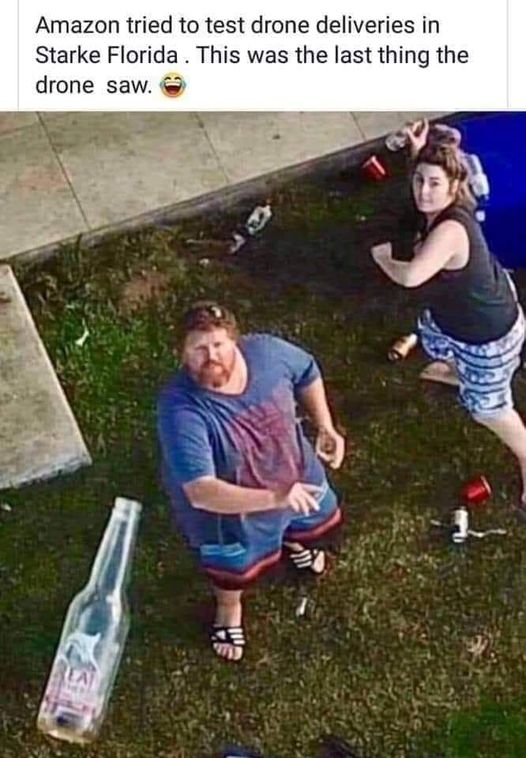 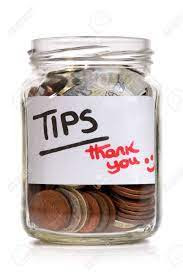