Texas Needs Another Ann Richards, When She Saw BS, She Called It Out. 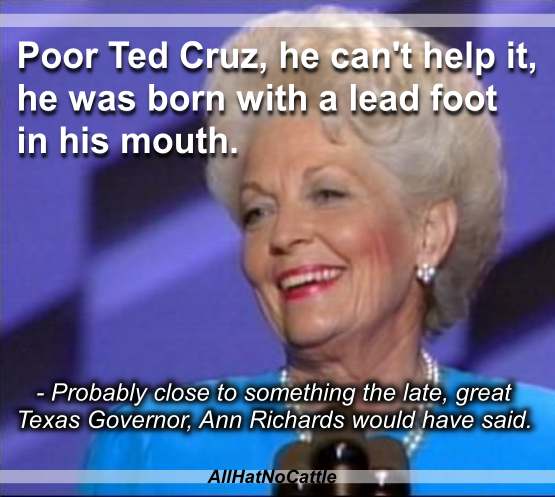 Texas power outages falling amid drinking water shortage following winter storm devastation
The number of people in Texas without running, drinkable water dwarfed the number of homes and businesses without power Friday morning as the state ...
The original quote was about George H W Bush Ann Richards made at the Democratic National Convention in 1988: 'Poor George, he can't help it. He was born with a silver foot in his mouth.'
His son, George W. Bush defeated Ann Richards' re election for governor of Texas in 1995. He went ahead in the polls after rumors were spread that Richards was a lesbian. 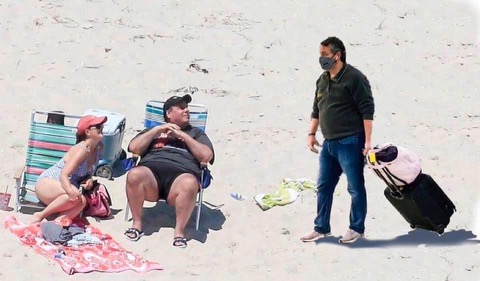 With Donald Trump out of the spotlight, Ted Cruz has kindly reminded us that there are lots of other Republican politicians who are equally awful. - Middle Age Riot 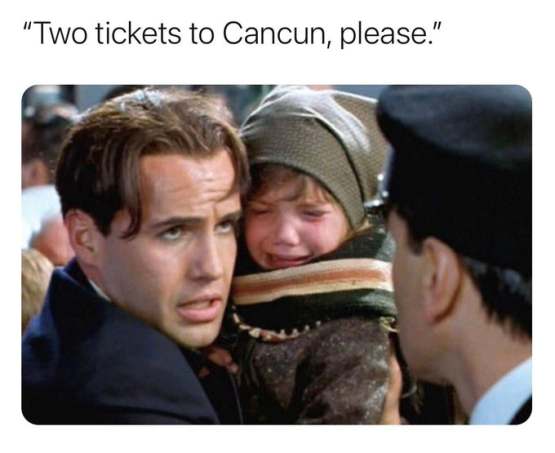 Florida Gov. Ron DeSantis Should Be Investigated As Vigorously As NY Gov. Cuomo Is Being Investigated. Just Imagine If He Called Off Spring Break in 2020.
Florida Gov. Ron DeSantis is already positioning himself as one of these post-pandemic White House hopefuls. The basic gist of the story is that while DeSantis, just 42 years old and still in his first term, formerly “drew national scorn for his stewardship of Florida’s Covid-19 response,” his “resistance to restrictive measures” like mask mandates and the blowback he got for being “divorced from science” has now “strengthened” his standing “among the GOP grassroots and elites heading into his 2022 reelection” — and even inspired “conservative chatter nationwide about a presidential bid.”

Ron DeSantis: I am the dumbest politician on the planet.
Ted Cruz: Hold my mojito. - Hamish Mitchell 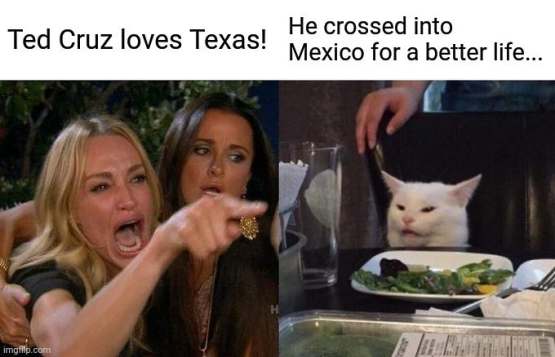 Don't vote for anyone you wouldn't trust with your dog. - Hillary Clinton tweet 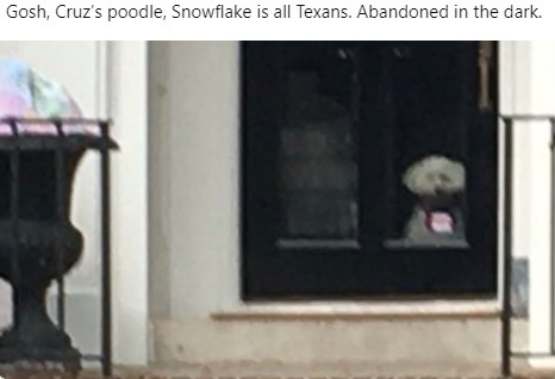 
I'm from New Jersey, so I can't let this go without tweeting that Cruz voted against disaster relief after Hurricane Sandy. - Pat Dennis 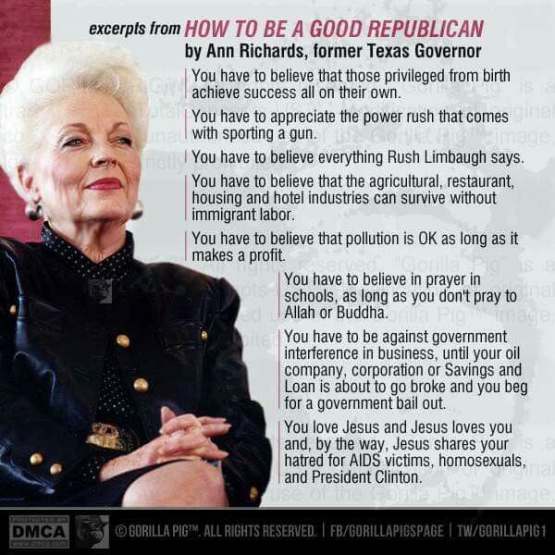 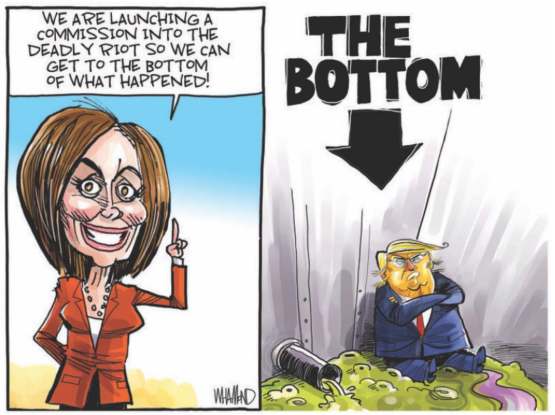 BIG THANKS to the volunteers who made over 784,000 phone calls to senior citizens in Texas today.
You helped to connect them with water, food, transportation, and shelter.
And you made sure that they knew we were thinking about them and that they matter to us. - Beto O'Rourke

The angels among us... 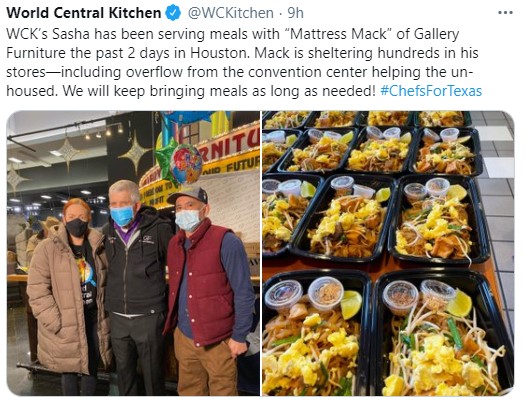 I Just Don't Know If I Should Believe Ivanka
Ivanka Trump, daughter to former President Donald Trump and one of his top advisers in office, will not seek the Florida Senate seat held by Marco Rubio in 2022, according to reports.
Trump, whose family's move to Florida fueled speculation she would run for state office, spoke with Rubio and offered her support for his re-election...

Cuomo Tells Journalists There’s A Few More Deaths That Won’t Be Reported If They Keep Asking Questions. - The Onion 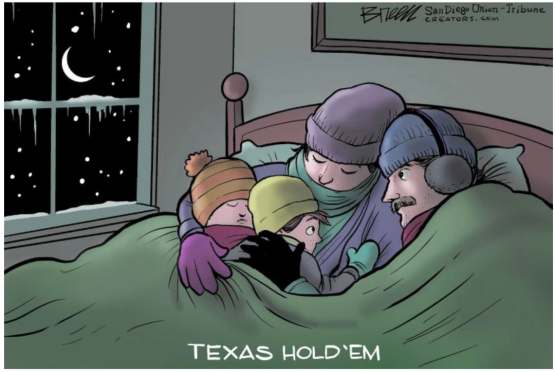 Cancun Fears It Will Be Perceived As Travel Destination For Losers. - Andy Borowitz 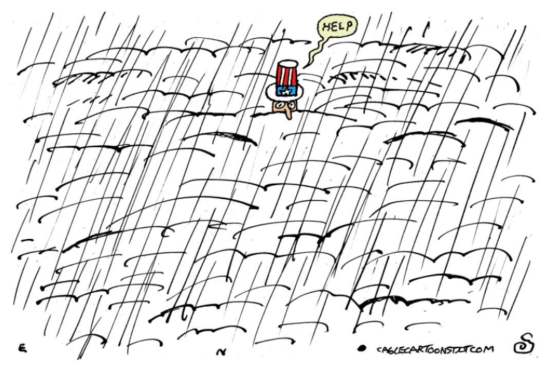 Finally, The USA Is Back In The Saddle Again!
The United States officially returned to the Paris global climate accord on Friday, and President Joe Biden and other U.S. leaders declared the nation could not afford to sideline the growing climate crisis again.
“We can no longer delay or do the bare minimum to address climate change. This is a global existential crisis, and all of us will suffer if we fail,” Biden told European leaders at a Munich security conference by video Friday.

I would NEVER leave my beloved dog in a house for days that was too cold for me to stay in. 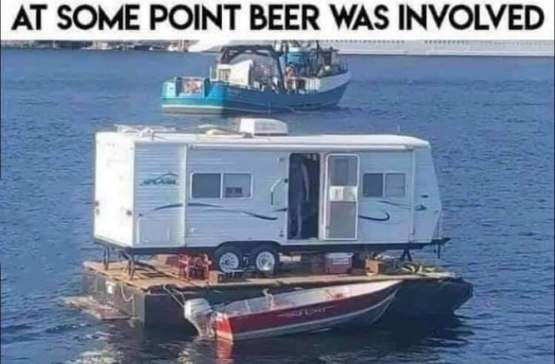 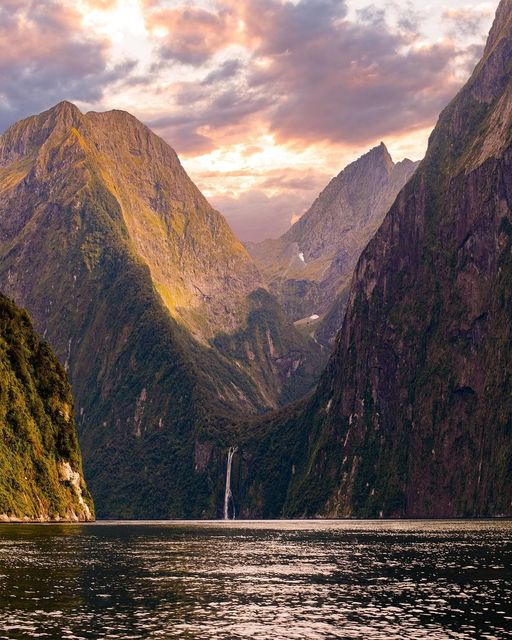