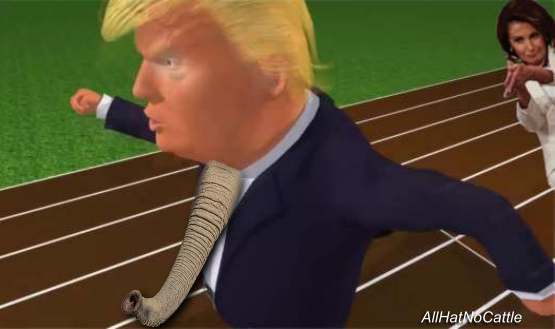 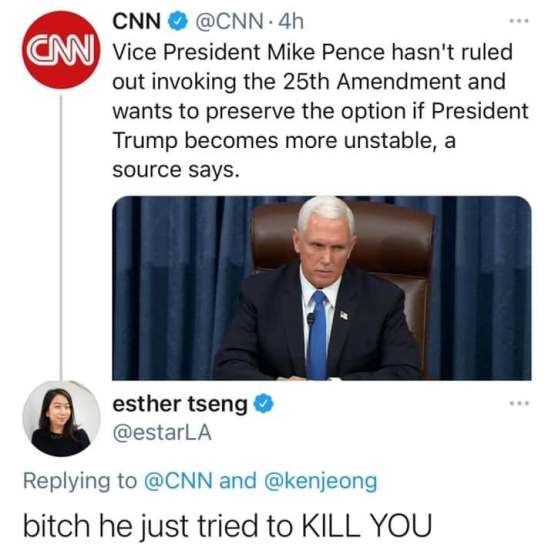 The White House has become the fuhrer bunker. - Stephen King 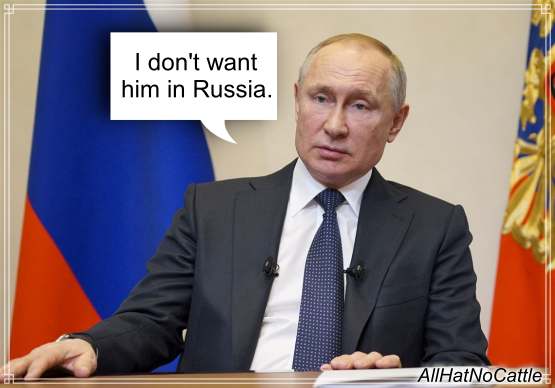 One Of The Ways Trump Aided & Abetted The Terrorists
In the months leading up to Wednesday's deadly insurrection at the U.S. Capitol, the Trump administration gutted a key federal agency responsible for funneling intelligence and threat assessments to law enforcement partners across the country, two federal officials with direct knowledge told ABC News.

Trump Says If There Is Another Civil War He Will Get a New Note from Podiatrist. - Andy Borowitz 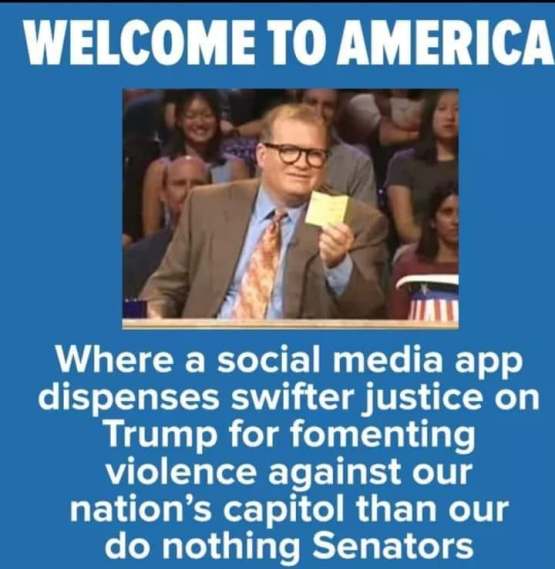 After 9/11, I don’t remember Republicans saying we should leave Osama bin Laden alone because it was a time for healing. - Andy Borowitz 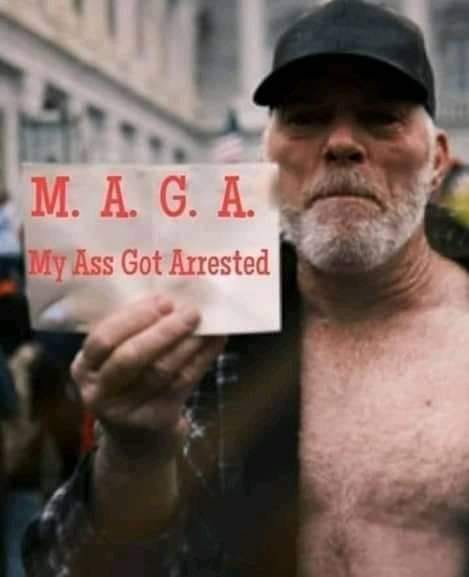 Melania Is As Narcissistic As Trump
First Lady Melania Trump has spoken out for the first time on Monday about the attack on the Capitol last week, focusing on condemning both her critics and the violence displayed.

It quite a feat to twist the events of last week’s horrific attack to make oneself the biggest victim. But somehow, Melania Trump found a way. - Kimberly Atkins 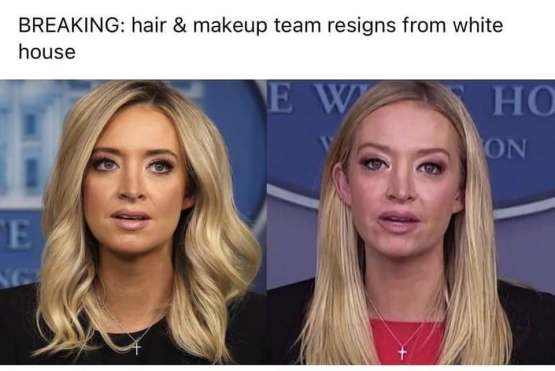 Imagine thinking humans have a right to Twitter but not to healthcare. - Erin Beck 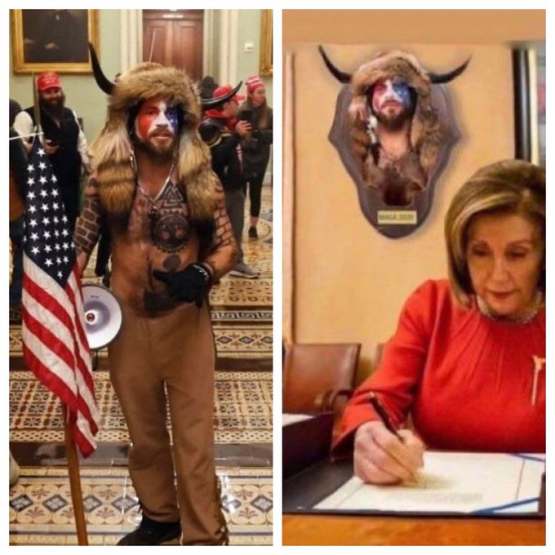 Sen. Sheldon Whitehouse: The Senate Ethics Committee must consider "the expulsion, or censure and punishment, of Senators Cruz, Hawley, and perhaps others." 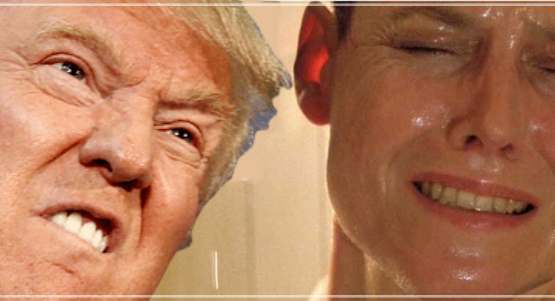 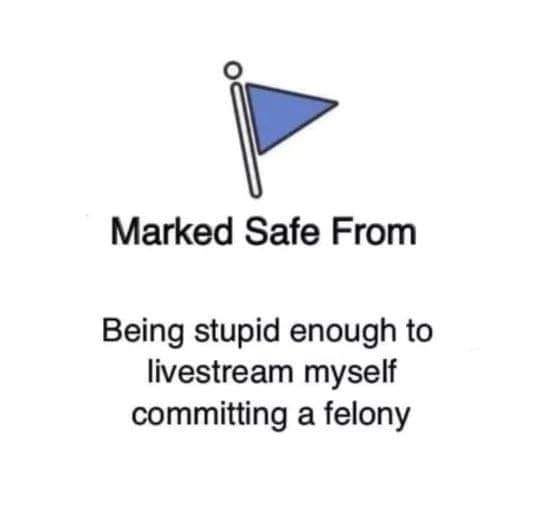 I don’t believe eBay has banned Trump yet.
Keep an eye out for anyone selling pardons. - Woman in the Moon tweet 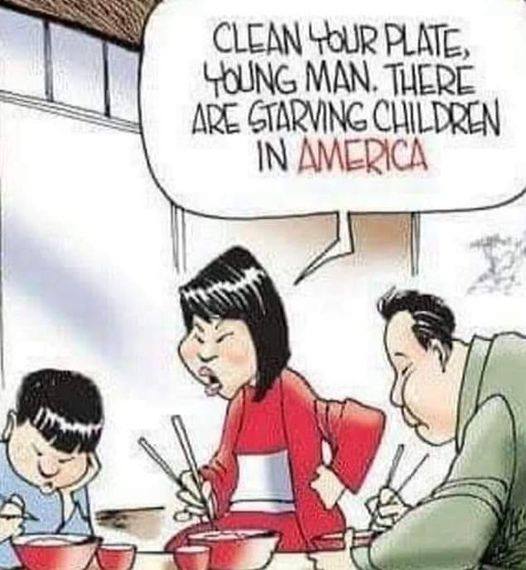 A Capitol Police Officer Committed Suicide. What Is Going On?
A Capitol Police officer who responded to the deadly riots in Washington last week died by an apparent suicide on Saturday, according to multiple news reports, as the department struggles to fully recover from the devastating and destructive siege carried out by pro-Trump extremists.
Howard B. Liebengood, 51, worked in the Senate Division and had been assigned with the force since April 2005. He is the son of the late Sergeant of Arms Howard S. Liebengood, who died in 2005.

It is insanity that Trump encouraged a coup attempt on Wednesday and he’s still president. - Aaron Ruper 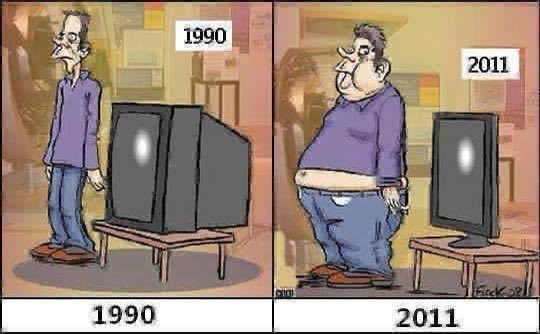 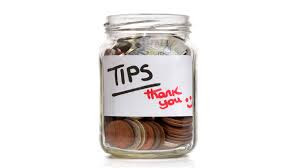 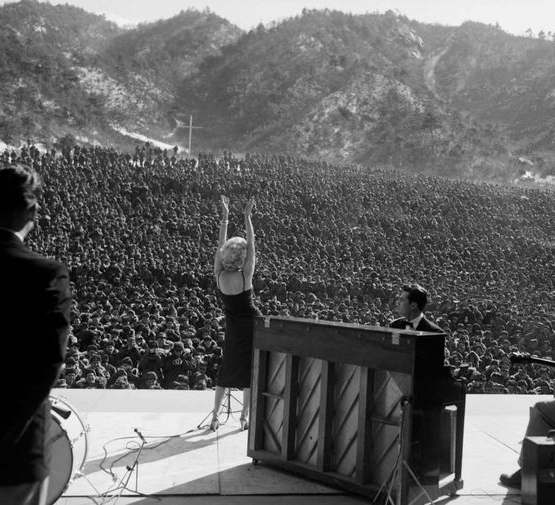 Marilyn Monroe performing for the thousands of American troops in Korea, 1954.
Peace.
Posted by Lisa at 1:36 PM