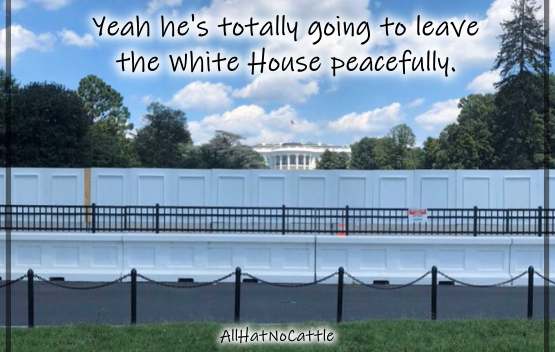 Federal agents are erecting a 'non-scalable' fence around the White House in apparent anticipation of Election Day unrest
Federal agents are planning to erect a fence around the White House on Monday, on the eve of Election Day, according to NBC News reporter Geoff Bennett and CNN.
A federal law-enforcement source told Bennett that "crews will build a 'non-scalable' fence" on Monday "to secure the [White House] complex, Ellipse, and Lafayette Square," Bennett tweeted late Sunday.

Time to play America's favorite game, What The Fvck Is This Lunatic Going To Do Today? - Jeff Tiedrich 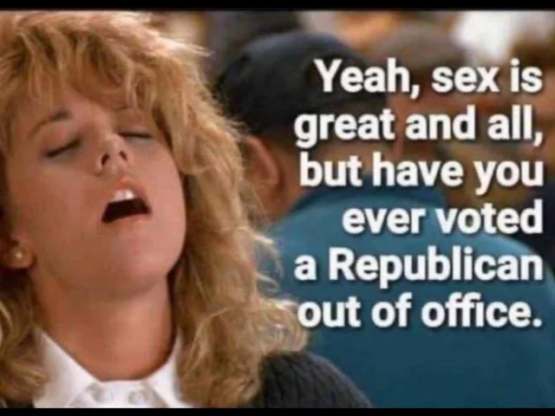 "Why are Democrats so anxious?" pundits ask as Mad Max caravans patrol and boards go up on every shop window. - Schooley tweet 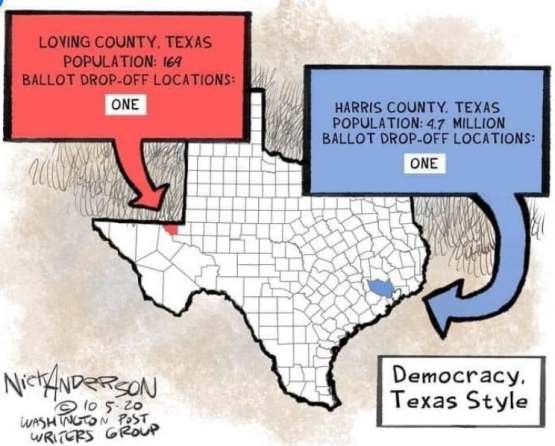 The FBI said on Sunday it was investigating an incident in which a convoy of vehicles flying flags in support of President Donald Trump's re-election bid surrounded a tour bus carrying campaign staff for Democratic challenger Joe Biden on a Texas highway.
Friday's incident - captured on video that was retweeted by Trump on Saturday with the message, "I LOVE TEXAS!" - prompted the Biden campaign to cancel at least two of its Texas events as Democrats accused the president of encouraging supporters to engage in acts of intimidation. 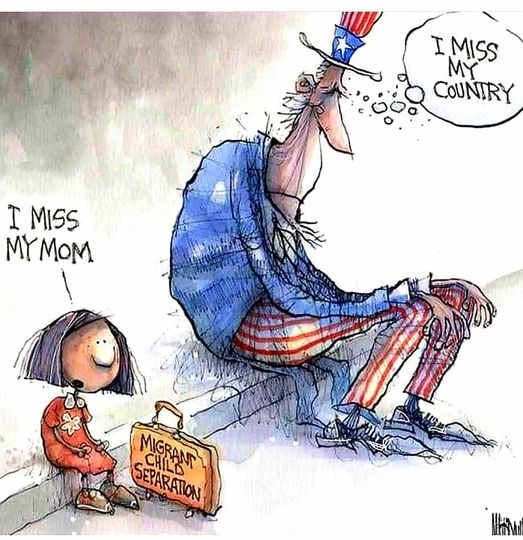 Trump Running Out of Time To Infect All His Supporters. - Andy Borowitz 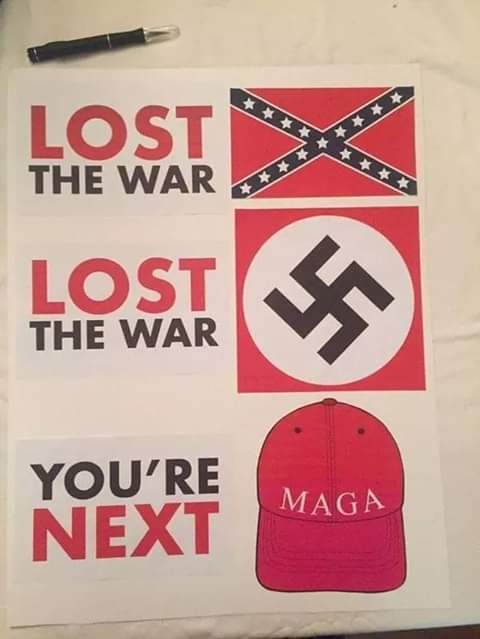 Can you even begin to imagine what would happen if these caravans were made up of Black people? The thought experiment is the very definition of systemic racism and White privilege. - Dan Rather 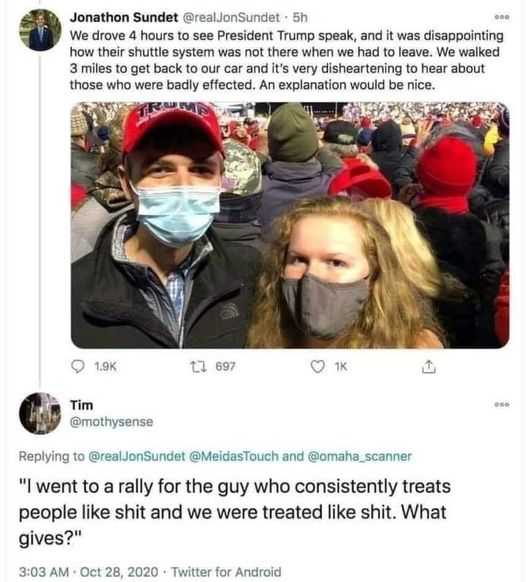 Trump Urges Americans to Wait in Parking Lot for Vaccine And Buses Will Pick Them Up. - Andy Borowitz 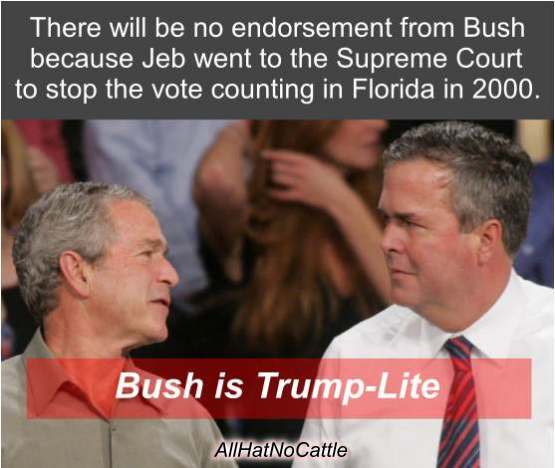 Lawyers, Start Your Engines
President Donald Trump said Sunday that he's sending in his lawyers as soon as the election ends Tuesday, his latest attack on the legitimacy of this week's unprecedented vote count. 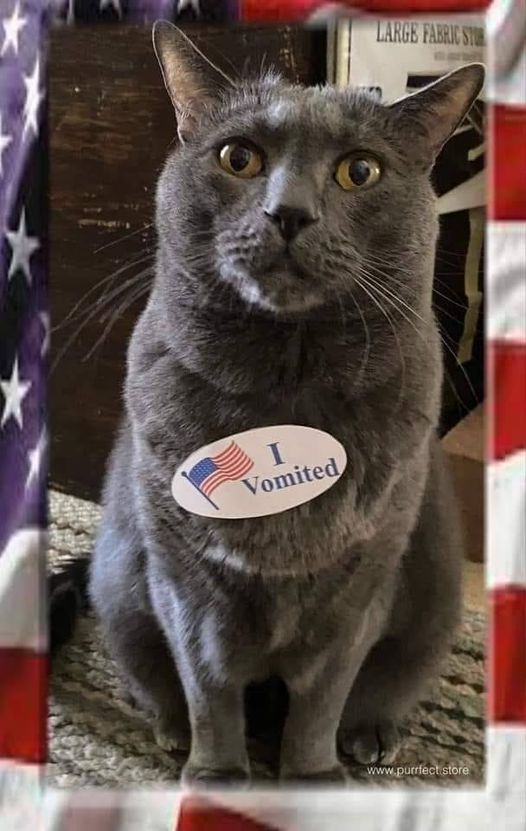 One more day and then it's finally here! Taco Tuesday! - Stephen Colbert 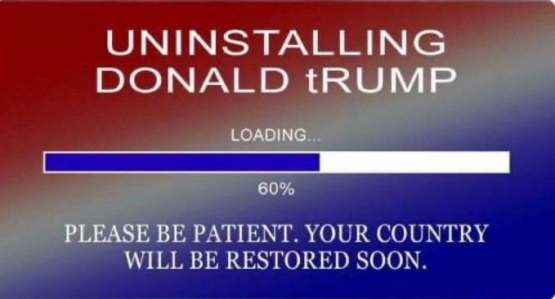 Rock The Voter News
Florida Woman Snaps & Damages Trump Signs. I Hear Ya, Girl.
A Florida woman who was caught damaging signs promoting President Donald Trump said she was an anarchist who just “snapped” when she saw them, according to the Flagler County Sheriff’s Office. 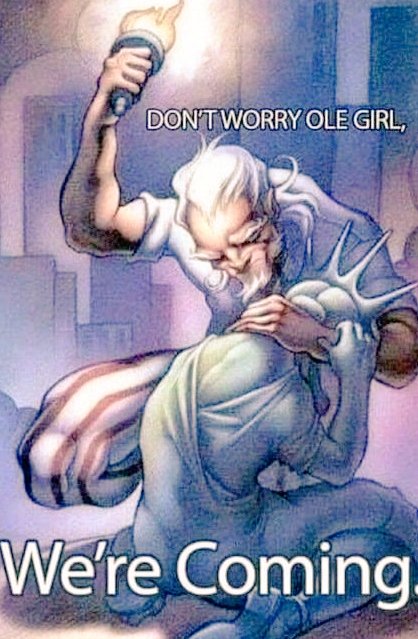 If you're the kind of person who takes their sick child to the doctor instead of the village idiot, fire Donald Trump instead of Dr. Fauci. - Middle Age Riot 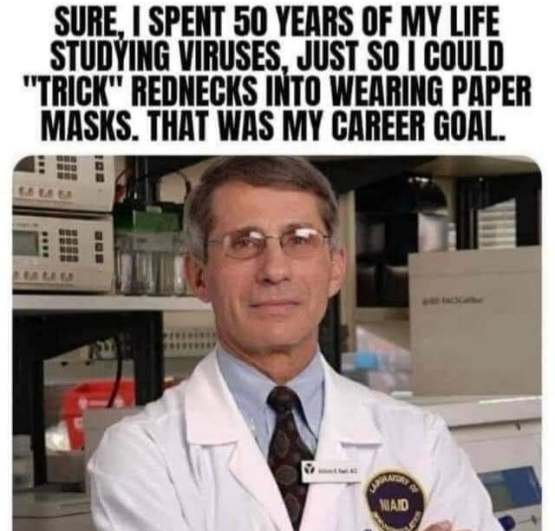 1-star Yelp review of the United States:
"This used to be my favorite place, but a few years ago it came under new management, and it's been going downhill ever since." - Middle Age Riot 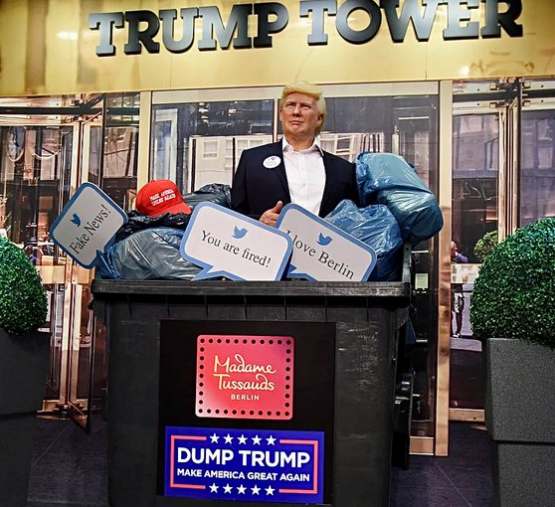 Who Knew That Wall Street Loves Dunkin' Donuts?
Inspire Brands, which runs a portfolio of around 11,000 restaurants around the world, including Arby's, Sonic and Buffalo Wild Wings, said late Friday that it will pay $106.50 per share for Dunkin' Brands, which owns both the coffee and donut chain as well as Baskin Robbins ice cream stores. 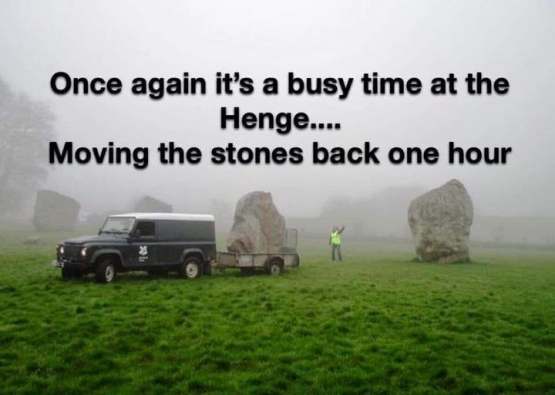 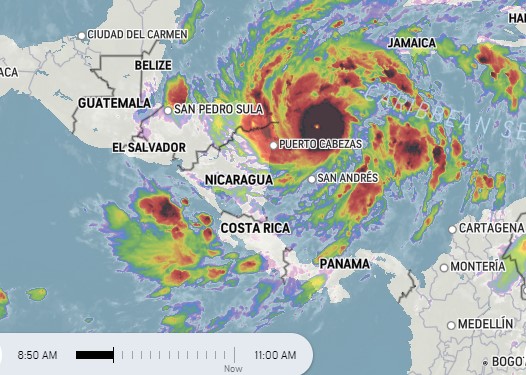 Rain is forecast for the next 5 days and the ground is already oversaturated. Think I should be scared? Or nah? 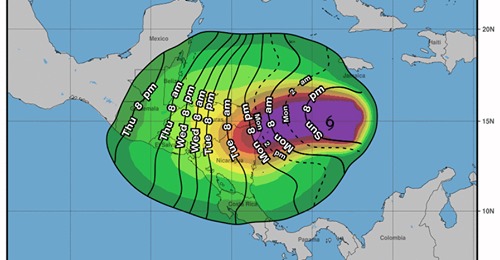 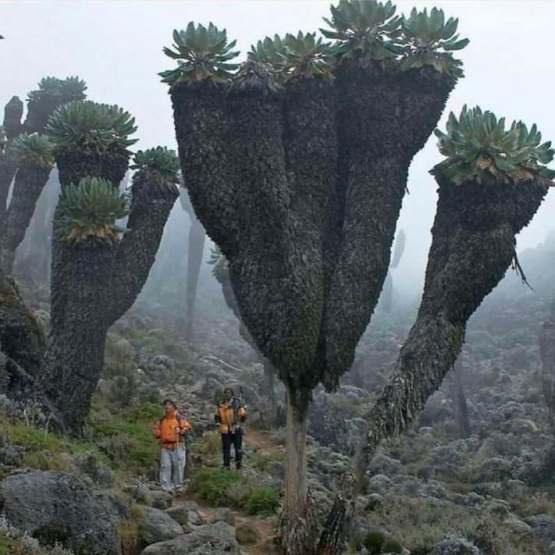 Giant groundsels, prehistoric plants found on top of Mt. Kilimanjaro. Rumor has it that it was a favorite food of the brontosaurus.
Peace.
Posted by Lisa at 3:51 PM