Sorry to say this on Valentines Day, but I think it's time we start seeing other presidents. 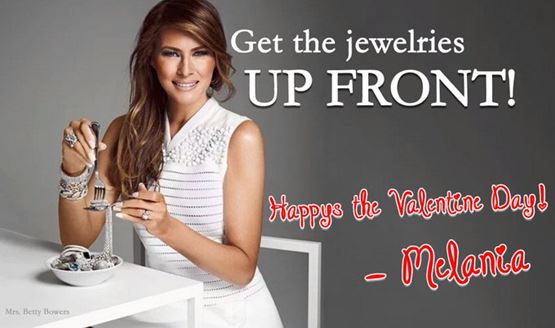 Trump tweets about Barr interview after AG complains about Trump tweeting
The president asserts that he has a “legal right” to ask the attorney general to intervene in a federal criminal case.


"We're supposed to do this sh*t in private, you f**king moron." -Bill Barr, probably, a couple days ago. - Fred Harding 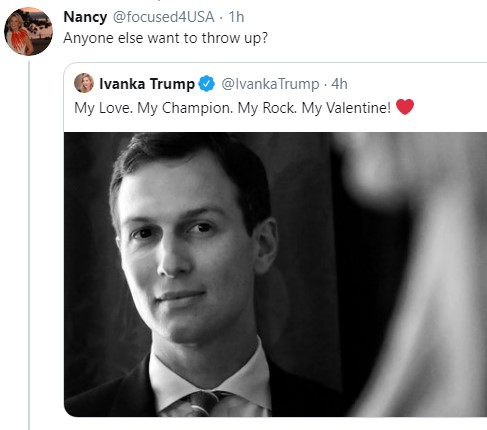 Every day is exactly the same: Republicans claim Donald Trump didn't do something, Trump publicly admits he did it, then Republicans say it's not a big deal either way.

It's like Groundhog Day with assholes. - Middle Age Riot 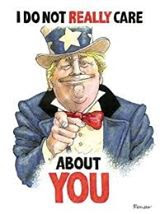 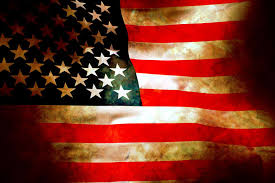 Pentagon Strips Stars and Stripes Of All Federal Funding
Defense Secretary Mark Esper on Thursday defended the Pentagon's effort to strip Stars and Stripes of all of its federal funding as part of its fiscal year 2021 budget request, telling reporters in Brussels that the independent news organization is not a priority.

So far, Republican strategy for 2020 can be summarized as "lie loudly to stupid people." - Middle Age Riot 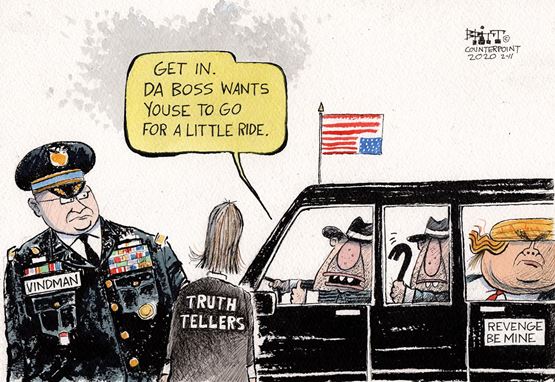 I'm sure this will reassure Trump supporters, who usually feel that a few more hicks around will improve things

These are, after all, people who do not want anyone in the White House who is smarter than they are. - John Cleese 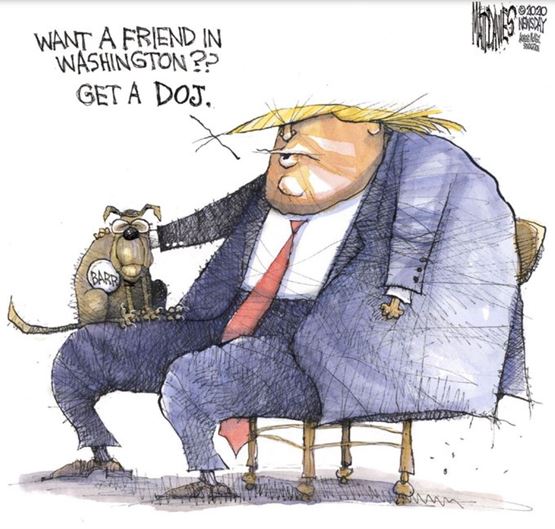 Stages of Trump- I didn't do it.- The Democrats did it.- I don't remember doing it.- If I did do it, it’s not a crime.- Yeah I did it, bitches, and I’ll do it again.- OhNoSheTwint 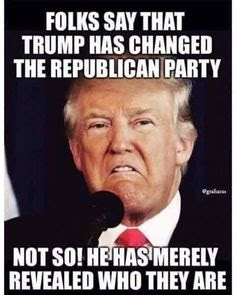 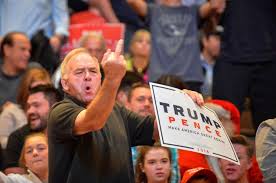 I Imagine Trump Supporters are Furious! Good!
The Department of Justice (DOJ) will no longer pursue criminal charges against former FBI Deputy Director Andrew McCabe, closing a high-profile case against the former official whose conduct during the 2016 election came under intense scrutiny.


McCabe not being indicted is not the real story.

The Attorney General tried to use his power to punish one of the President’s adversaries.

That’s why yesterday’s play-acting in his ABC interview was such obvious BS. - Rep. David Cicilline 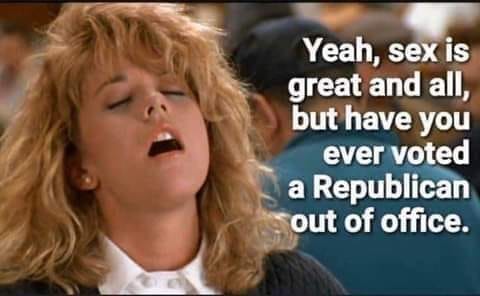 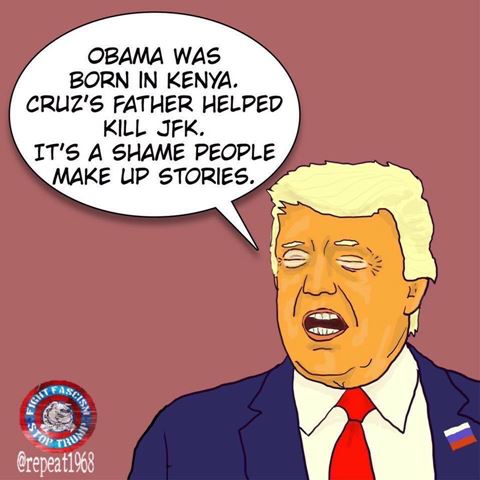 Does it not terrify you that Mike Bloomberg is able to take his pocket change and purchase our democracy? - Benjamin Dixon

Trump Lies About Vet At State Of The Union
Tony Rankins, a formerly homeless, drug-addicted Army veteran, got a standing ovation at the State of the Union after President Donald Trump described how he turned his life around thanks to a construction job at a company using the administration’s “Opportunity Zone” tax breaks targeting poor neighborhoods.
But that’s not completely true. 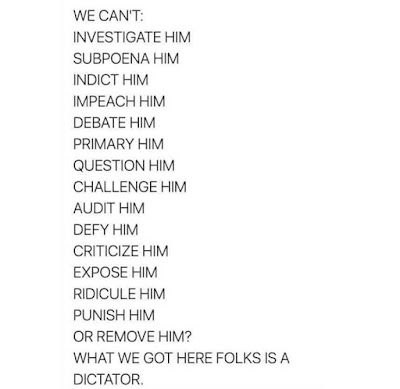 Not only did Trump support Stop and Frisk; he wanted to take it nationwide.
AND Trump was the only 2016 candidate to call for confiscating guns from Americans.  Look it up.  He did it in a debate.
And #maga men voted for it.
It's not the deplorables, it's da gullibles. - John Fugelsang 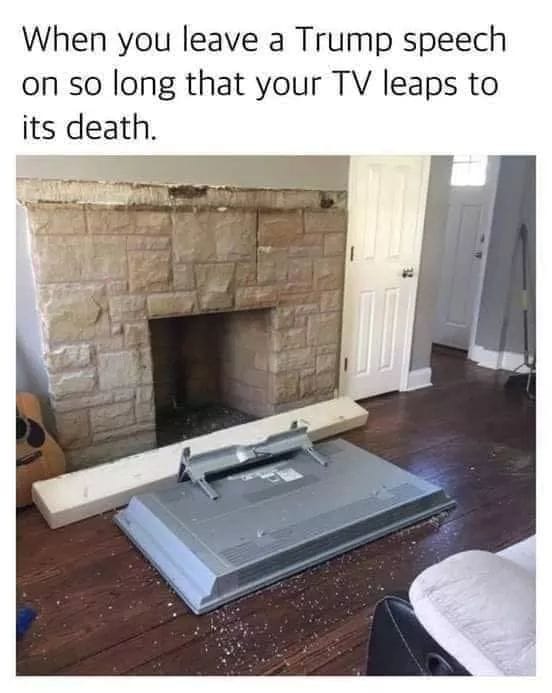 The Mueller Report is like the Bible:
Republicans have never read it, but still pretend to know what it says. - Middle Age Riot 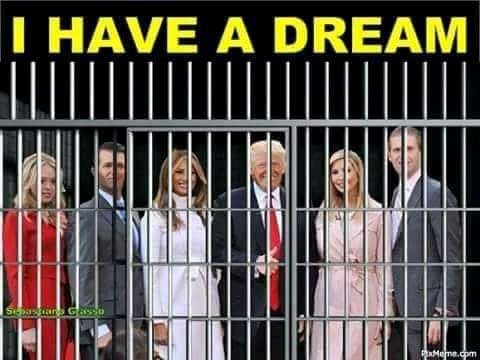 What's Next For Boeing? Bankruptcy?
The New York Federal Reserve says that Boeing completely halting production on the 737 Max could have a negative effect on the U.S.'s expected quarterly gross domestic product (GDP) growth in 2020.


70% of marriage is yelling “what” from a different room. - Jessie 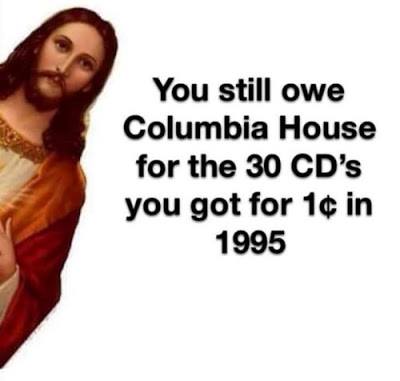 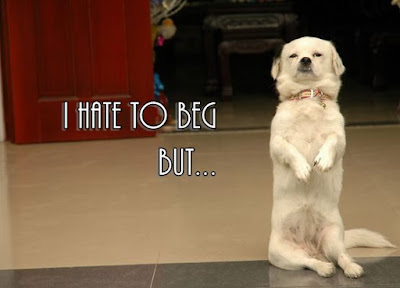