We love you Puerto Rico! We are not all bad orangutans. 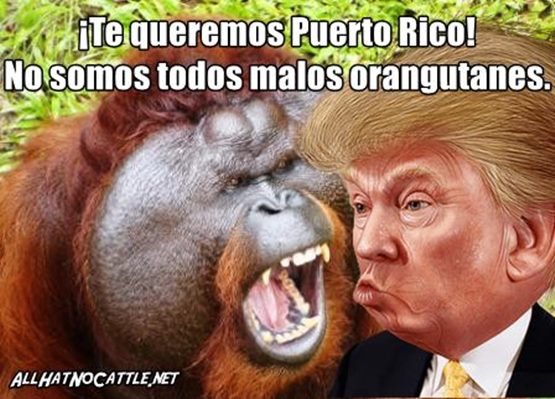 San Juan Mayor Responds To Trump: ‘You Don’t Put Debt Above People’
The mayor of San Juan, Puerto Rico asked President Trump on Tuesday to focus on the people in crisis in the U.S. territory instead of Puerto Rico’s debt. 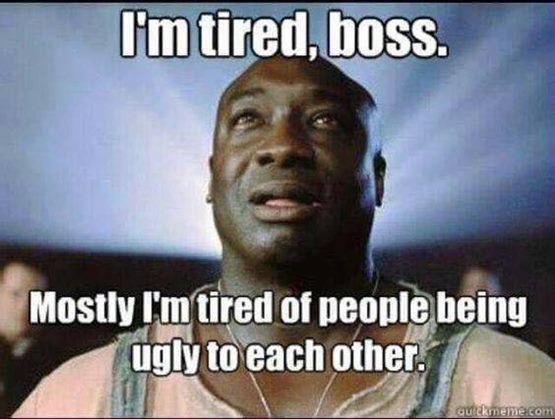 "If liberty means anything at all, it means the right to tell people what they do not want to hear." - George Orwell 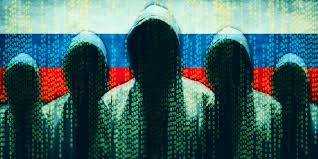 Golly Gee. I'd Think The USA Needs More Cybersecurity
Secretary of State Rex Tillerson’s deputy faced questions from lawmakers on Tuesday who are worried about his plans to shutter an office responsible for promoting U.S. cybersecurity interests abroad. 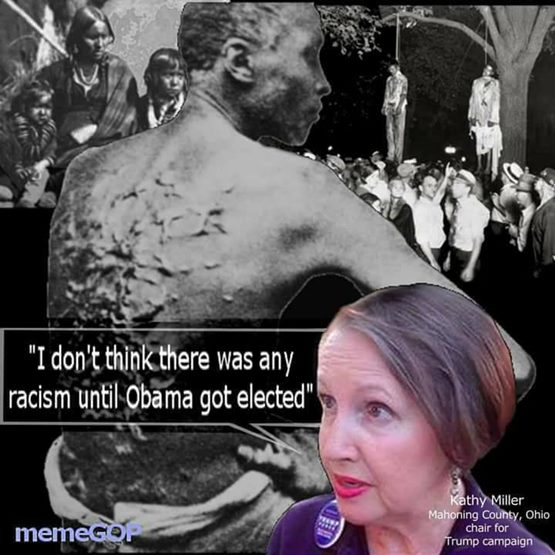 Welcome to Trump's America, where citizens have to explain patriotism to a president that conspired with Russia. - Tea Pain 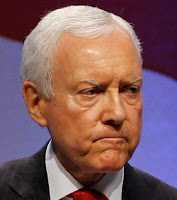 This Is How A Mormon U.S. Senator Addresses Disabled Protesters
“If you want a hearing, you better shut up,” Sen. Hatch said to protesting disability rights activists 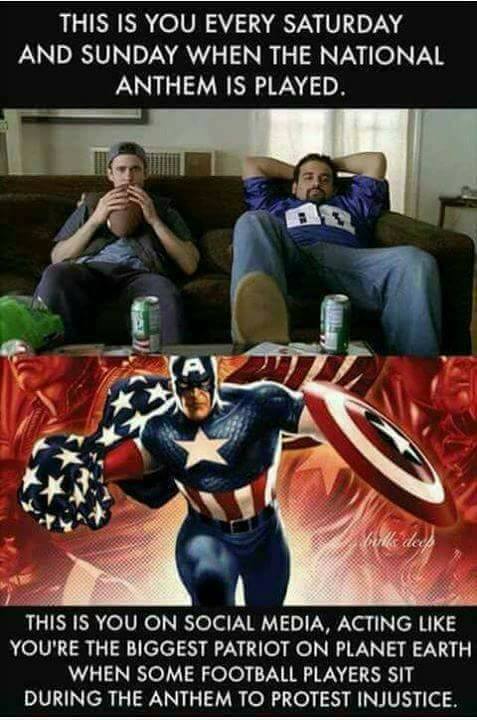 Protesters are being banned from Jeff Sessions' free speech event at Georgetown because satire seceded from the US last November. - OhNoSheTwitnt 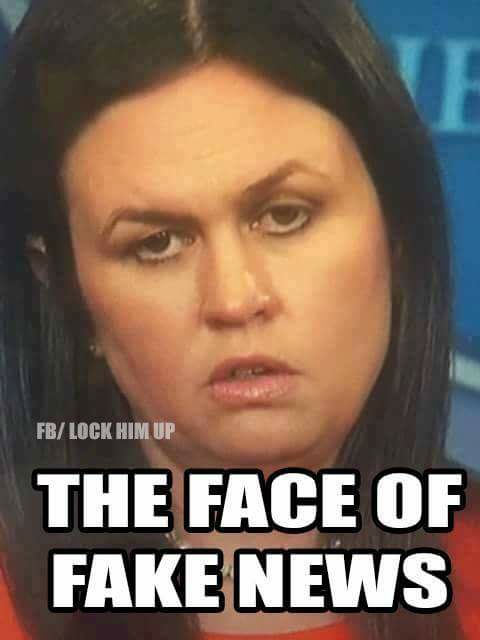 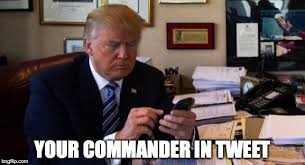 Trump Wants Ban On Kneeling NFL Players. Bigly.
President Trump is calling on the NFL to ban players from taking a knee during the national anthem.
"The NFL has all sorts of rules and regulations," Trump tweeted Tuesday. "The only way out for them is to set a rule that you can't kneel during our National Anthem!" 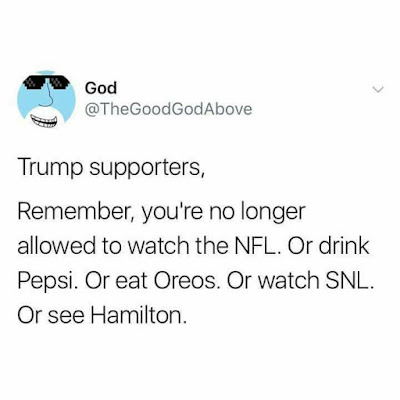 "You don't have freedom of speech at your job", is weird for an admin arguing businesses can refuse gay customers on free speech grounds. - Adam Serwer 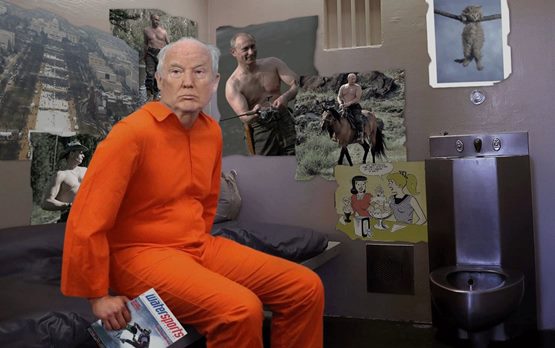 Is This A "Real" Investigation?
Following reports that White House aides have been using private email accounts to conduct official business, the leaders of the House Oversight Committee, Rep. Trey Gowdy (R-SC) and Rep. Elijah Cummings (D-MD), sent a letter to the White House on Monday asking that the administration identify any staffers using private email. 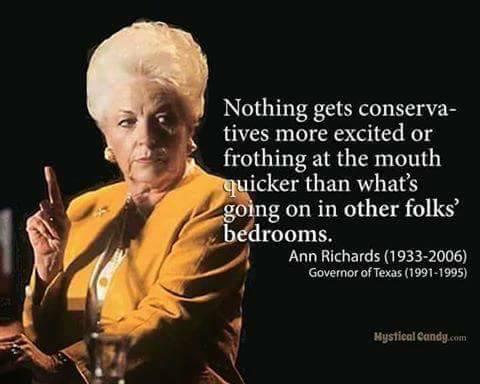 
Personally I would rather Trump fight with the NFL than do anything even remotely related to running the country. - Andy Borowitz 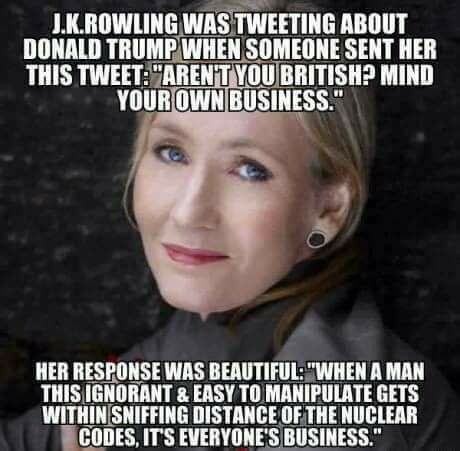 Just got a "stand or kneel" email from POTUS with a push poll and ask for support. He's using our national anthem to raise cash. Disrespect. - Richard W. Painter 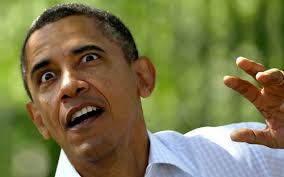 Obamacare Lives!!!
The Senate will not vote on Republicans' latest bill to repeal Obamacare this week, putting an end to their seven-year push for now.
The decision was reached at a party lunch Tuesday after it became clear the plan would fail, GOP senators said. Three Senate Republicans had already said they would vote against the measure, and the GOP could only afford two defections.

The entire human race needs to act like a family. You should want a good life for everyone else not just yourself. - banksy 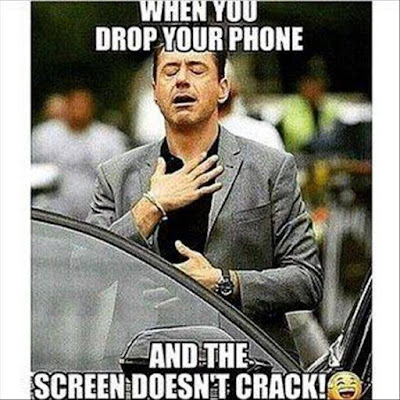 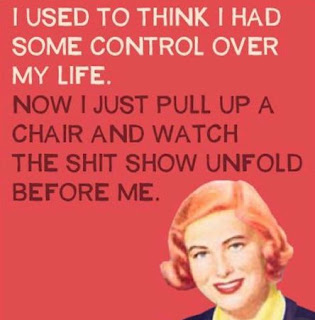