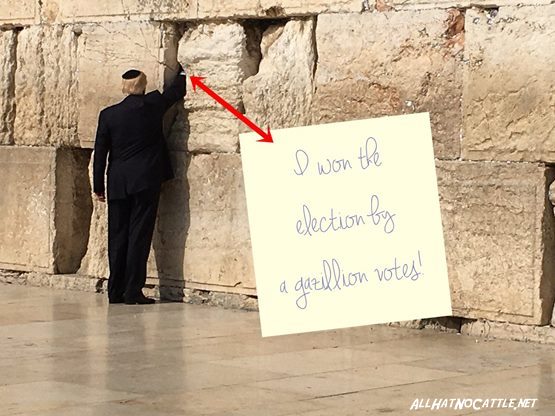 Trump drags his scandals back into the spotlight on foreign trip
President Donald Trump on Monday denied divulging Israel as the source behind highly classified intelligence he allegedly shared with Russian officials, bringing attention back to the scandals engulfing his White House while he's on his first foreign trip.


The fact that Trump refused to say "radical Islam" is all the proof I need that he was born in Kenya. - Andy Borowitz 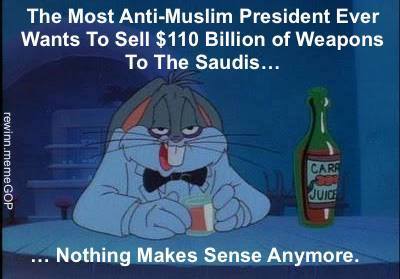 
Someday we'll all look back on this and scream. - Conan O'Brien 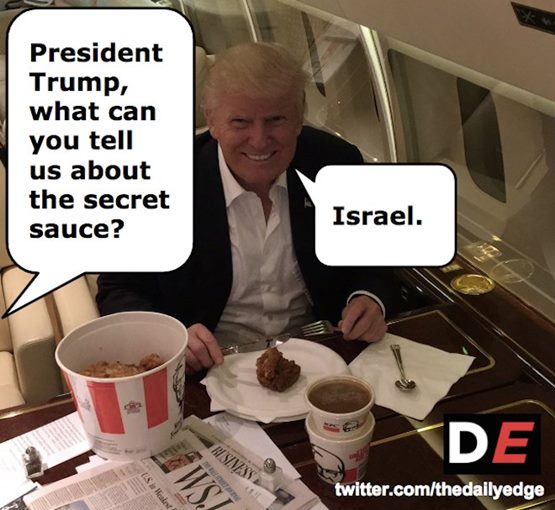 Not surprised Mike Flynn is pleading the 5th, it lessens the chances of plutonium tea or falling out of a window. - @IMPL0RABLE tweet 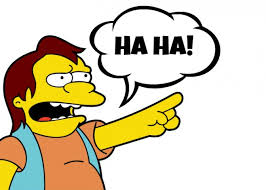 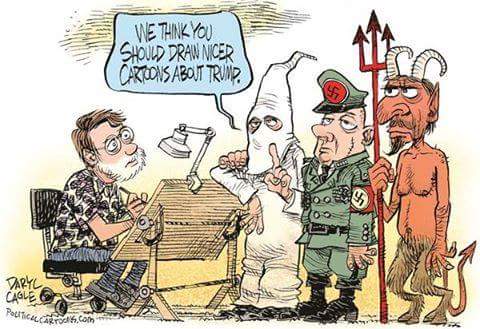 Flashback to the late 70s

I met some Turks at an ad agency around 1977. Over a business lunch they were telling me about their country, Muslim religion, etc...

They told me of a legend among Muslims in Turkey. It revolved around a glowing orb. The orb was stolen by the Vatican and hence the collapse of the Ottoman Empire. The orb is deep in the bowels of the Vatican supposedly. Once the Turks get the orb back they will return to their former glory.

For the past 40 years, I never knew quite what to believe about that legend. I often wondered if they were joking with me.

But then I saw this photo online this morning and burst out laughing. 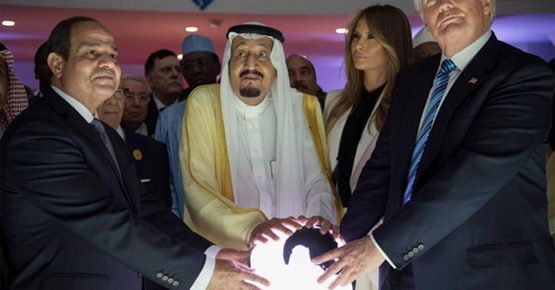 When you've accepted a necklace from a man, touched his orb, and sold him 100 billion dollars of arms, you're basically married. - Sandra Newman

A sinkhole has opened in front of Mar-A-Lago. If there was ever a more perfect metaphor for a presidency, let me know. - Jim David 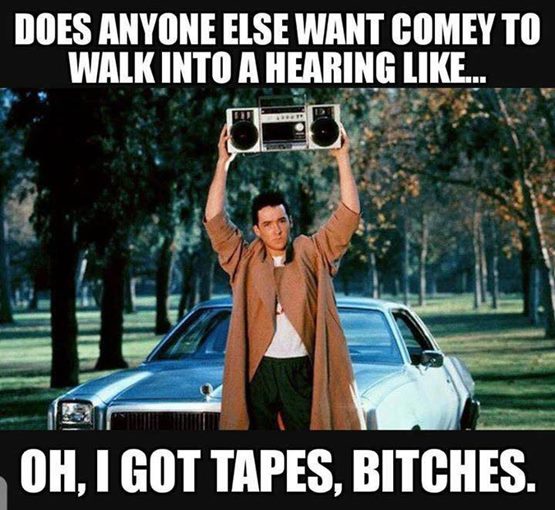 Meanwhile, Team Trump Is Trying To Find A Loophole
The Trump administration is exploring whether it can use an obscure ethics rule to undermine the special counsel investigation into ties between President Donald Trump's campaign team and Russia, two people familiar with White House thinking said on Friday.

Same day they got that arms deal, the Saudis plopped $100mil into Ivanka's charity. Now, will the GOP cry foul like they did with Hillary? - George Takei 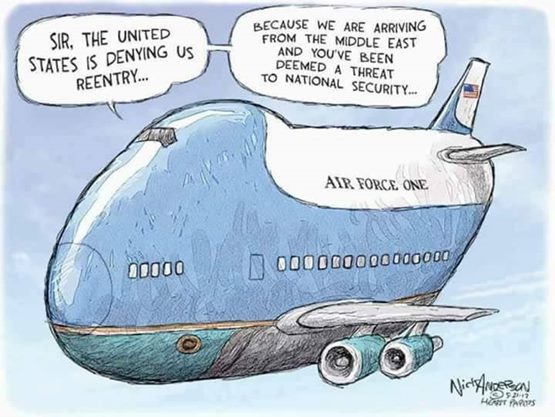 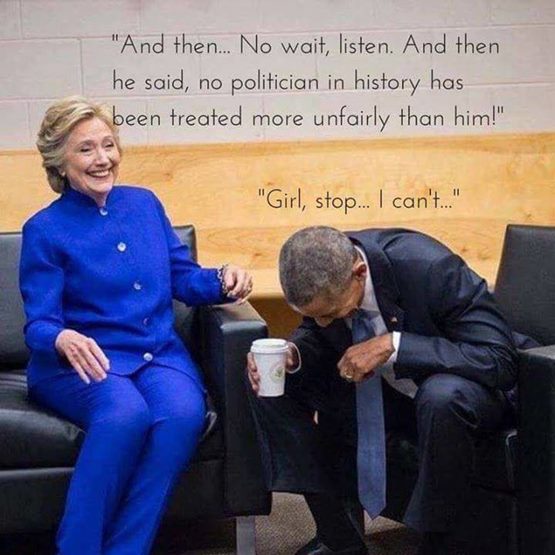 Summary: Trump sold people that "hate us" 110 billion in weapons, then accepted 100 million charity donation HRC "should go to jail for." - Tea Pain 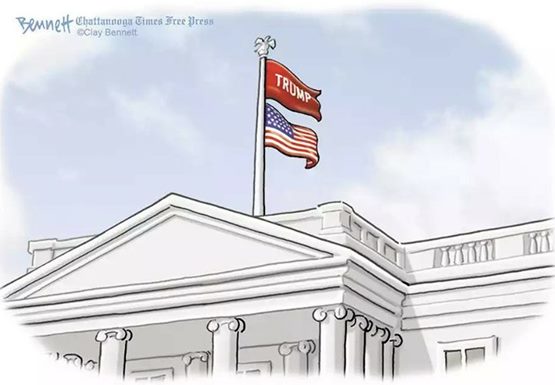 $800 billion in medicaid cuts with a deep tax cut for the wealthiest among us.
It's Bush's 3rd term with 25 Cheneys.- John Fugelsang 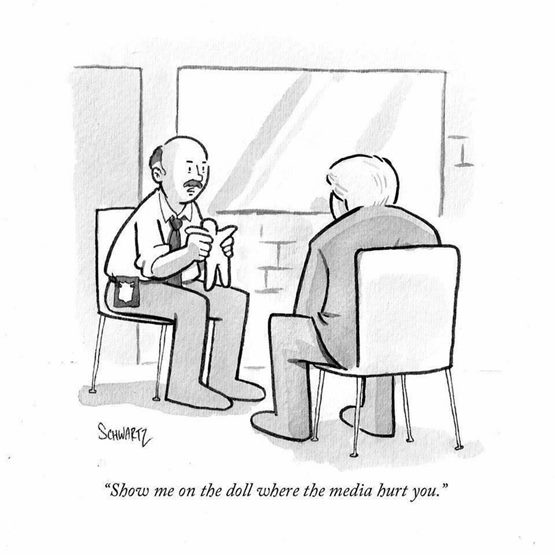 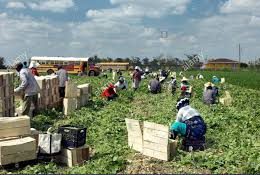 Because The Fields Need To Be Harvested?
Homeland Security Secretary John F. Kelly granted a six-month extension Monday to 58,000 Haitian immigrants who have been spared from deportation since a devastating 2010 earthquake, saying the conditions in their struggling homeland are not stable

"The greatest use of a life is to spend it on something that will outlast it."~William James, Philosopher/Psychologist 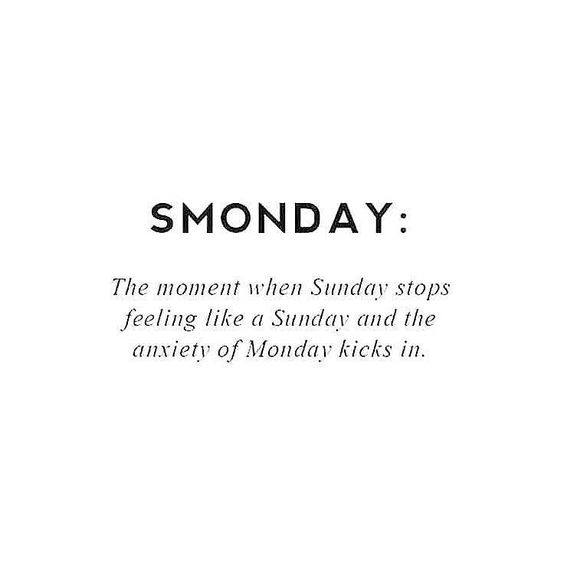 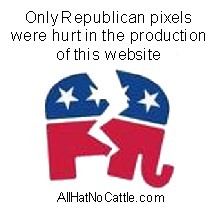