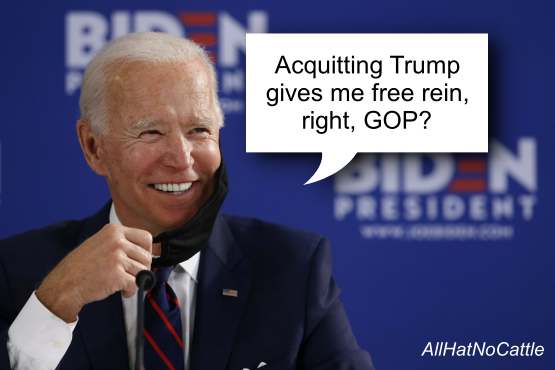 I remember the moment I saw Trump's tweet attacking Pence. We were in the chamber as aides were scrambling to bar the doors. Some were sobbing in fear. The mob was outside. Someone yelled out shots had been fired.
I turned to Tim Kaine and said, "Oh my god, he's egging them on." - Sen. Chris Murphy 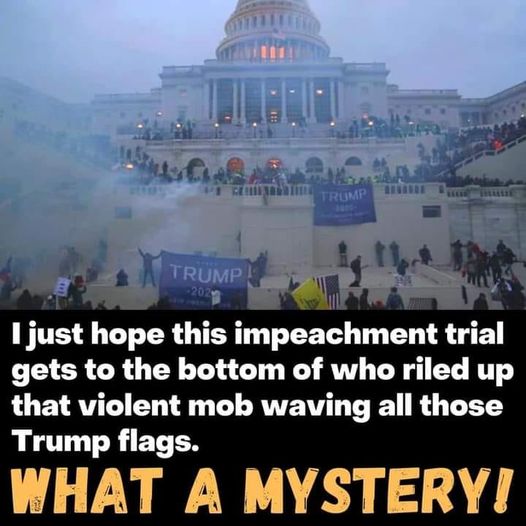 This tweet includes everything Donald Trump has ever said about the two Capital Police Officers killed Jan 6 2021 because of Donald Trump's lies:
Thank you. - John Fugelsang 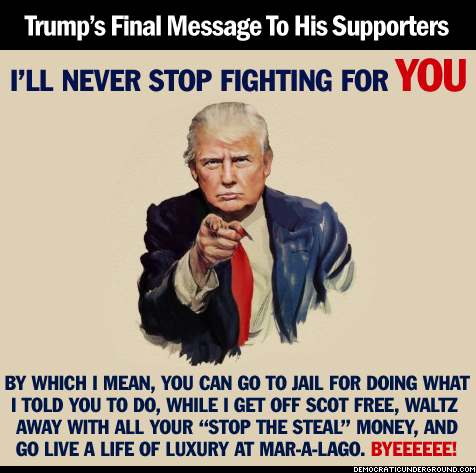 I Hope Mike Pence Writes A Book Called BETRAYAL
Military officials overseeing the authorization process to launch nuclear weapons were unaware on January 6 that then-Vice President Mike Pence's military aide carrying the "nuclear football" was potentially in danger as rioters got close during the violent Capitol insurrection, according to a defense official.

Stop calling these people "conservative." Just stop. They're not about conserving anything. - Randi Mayem Singer 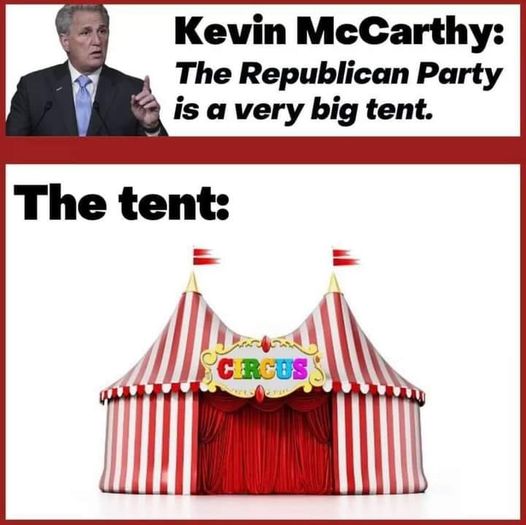 If I ever commit a major crime, I really hope the jury is made up of the people who helped me do it. - Colin Mochrie 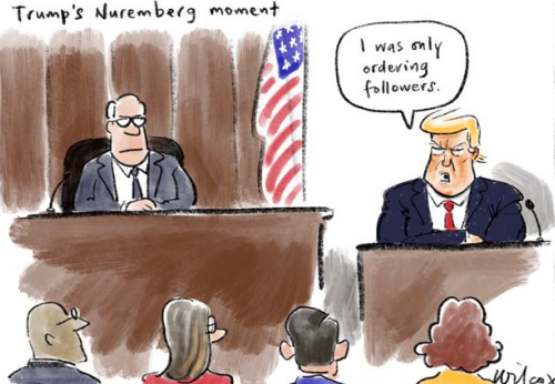 White Privilege Alert!
A judge on Thursday refused prosecutors’ request to issue a new arrest warrant for an 18-year-old from Illinois accused of killing two people during a police brutality protest in Wisconsin last summer.


Trump LOST: the presidency, the House, the Senate, the trust of American voters, the belief in free and fair elections, the credibility of the Republican Party, the admiration of our allies, the fear of our enemies. What exactly are Republicans defending? - S.E. Cupp tweet 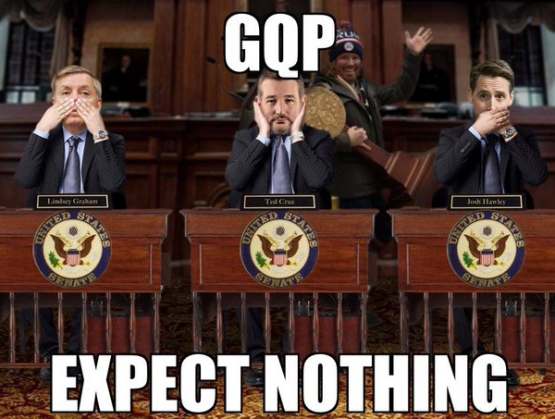 If Senate Republicans fail to convict Donald Trump, it won't be because the facts were with him or his lawyers mounted a competent defense. It will be because the jury includes his co-conspirators. - Hillary Clinton 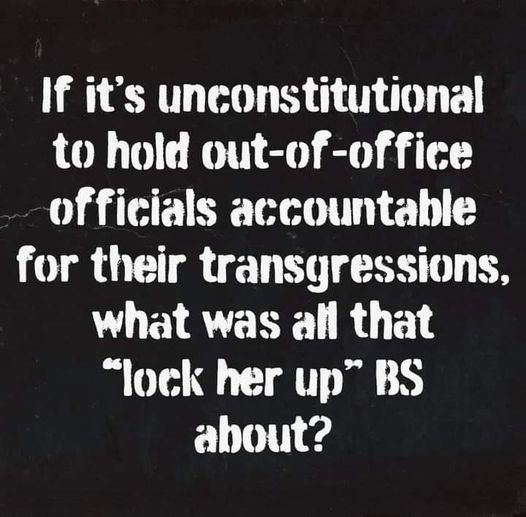 To be sure, if Melania had put hearts on the North Lawn of the White House, it would have been human hearts, and of her husband's enemies. - Jeremy Newberger 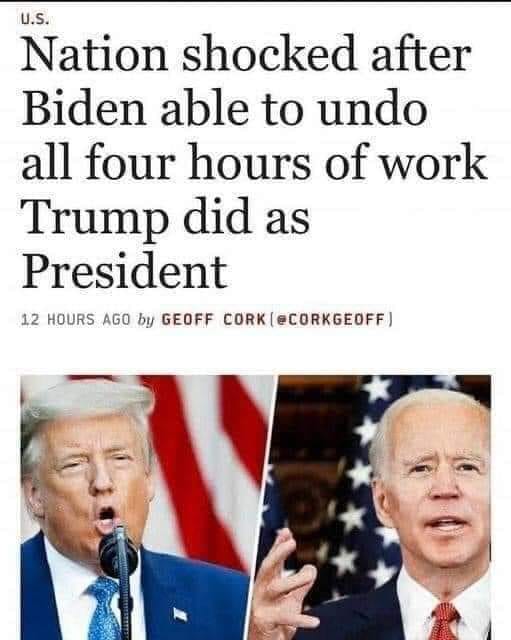 Lest We Not Forget That Karl Rove Said He Knew About John Weaver's Sexual Misconduct in 1988! 32 Years Ago!!!
Lincoln Project co-founder George Conway called for an “independent counsel” to investigate the group’s handling of predatory behavior by fellow co-founder John Weaver. after a recent Intelligencer report added new details to when the group was allegedly made aware of the misconduct.
“This report is disturbing and appalling,” Conway wrote in a Twitter post. 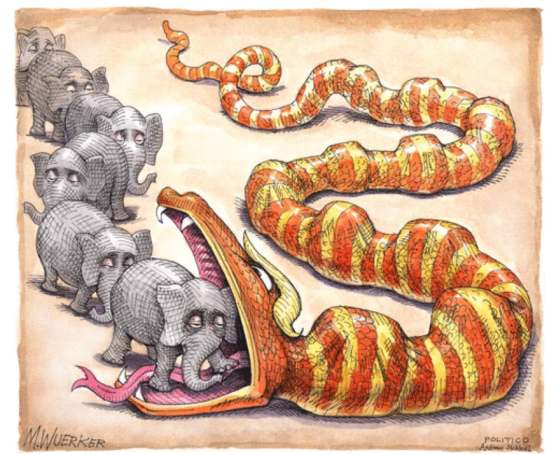 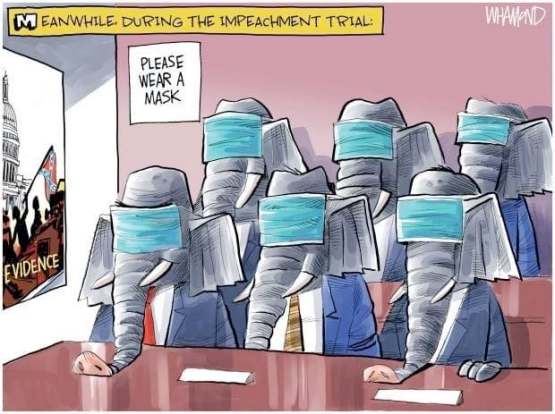 My middle school teacher who yelled that “Wikipedia wasn’t a reliable source” every day is sharing vaccine conspiracy theories on Facebook. - Jaime Withorn 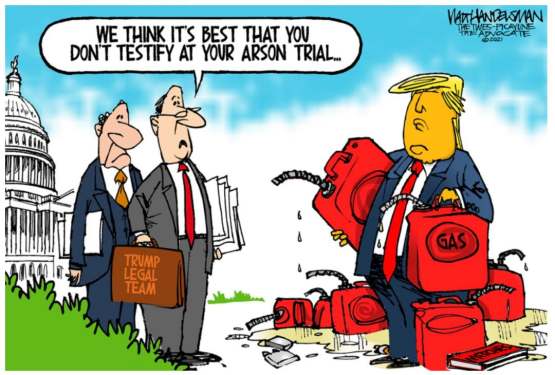 I'm Glad We're Keeping An Eye On China
U.S. investigators found evidence that China was repeatedly manipulating Supermicro products. The company says it was never told. Neither was the public

Hugh Hefner became a multi-millionaire by working from home in his pajamas. I am not having the same result. 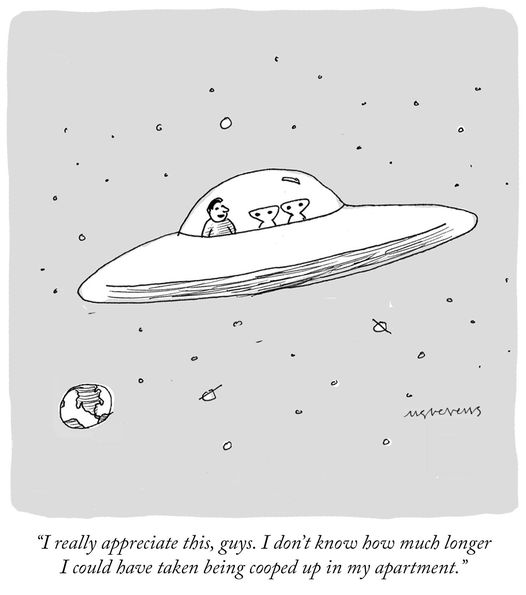 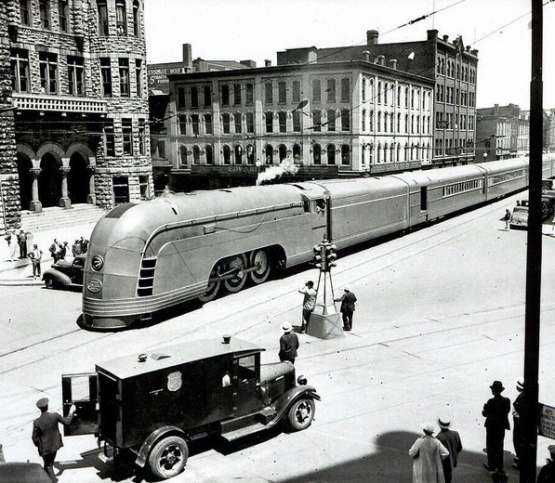 The New York Central Railroad streamliner Mercury pauses at Syracuse City Hall on its way to Chicago, June 1936.
Best wishes for a safe and peaceful weekend.
Posted by Lisa at 2:17 PM