Canada on Wednesday declared the Proud Boys a terrorist entity 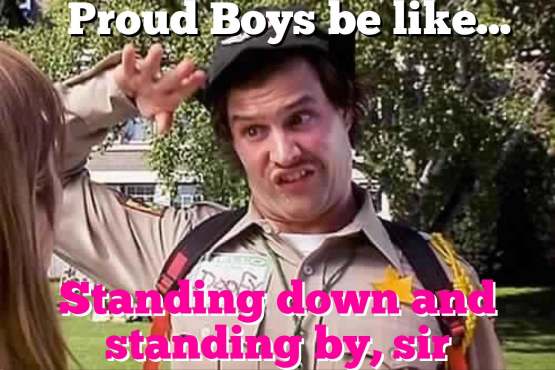 Canada on Wednesday declared the Proud Boys a terrorist entity
The move comes after members of the Proud Boys were found to have played integral roles in the US Capitol insurrection last month.

The blue lives matter and back the blue crowd not caring about a cop’s death just shows how it was all just about white supremacy the whole time. - Joshua Potash 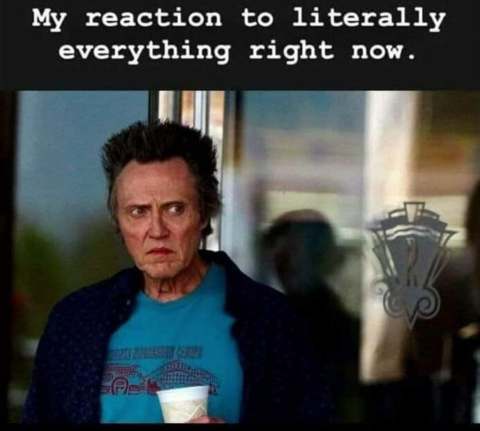 The officer we are honoring today was killed because Donald Trump refused to concede, spread lies about our election, and called for an insurrection on Jan. 6th, aided and abetted by right wing media and mainstream republicans.
They are all complicit. - The Lincoln Project 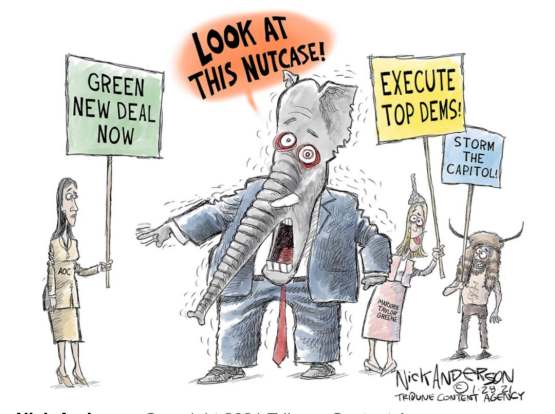 White Privilege Extended To Capitol Rioter
A woman accused of participating in the Jan. 6 riot at the U.S. Capitol asked a federal judge for permission to leave the country on vacation later this month – and got it.
In a Monday court filing, lawyers for Jenny Louise Cudd requested the court's blessing to travel to Mexico's Riviera Maya from Feb. 18-21 for a prepaid "work-related bonding retreat" with her employees and their spouses.

A 9 year old child was treated with more force than the Insurrectionists.
Think about that..a child in distress crying for her father was abused and pepper sprayed.. While those staging a coup took selfies and thought they were at Disney. - Lisa Moraitis 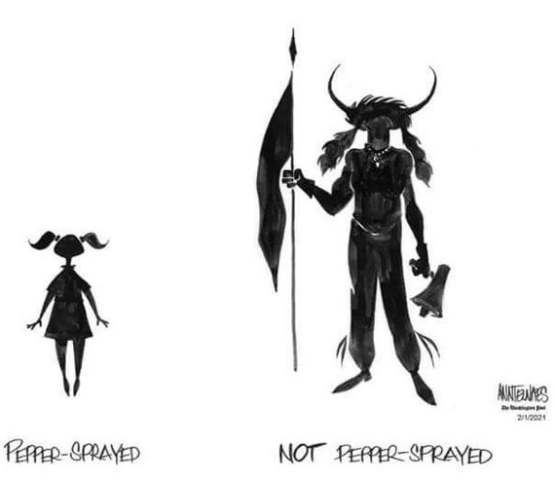 How about we put on hold the discussion about bipartisanship until Merrick Garland has a vote for AG. - Joe Lockhart 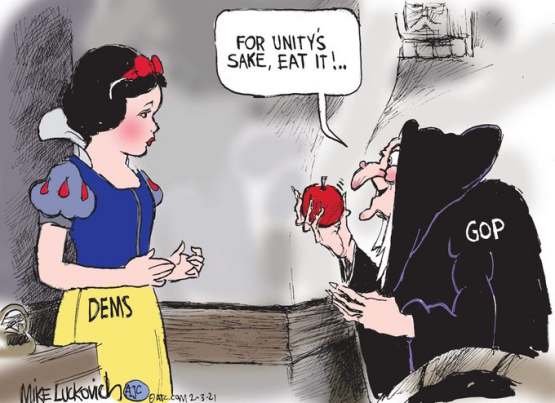 I Hope These Grifters Are Hearing Footsteps Closing In On Them
The office of Manhattan District Attorney Cy Vance has reviewed all 143 of the pardons and commutations issued by former President Donald Trump in his final hours in office, and it's weighing whether to bring charges against former Trump strategist Stephen Bannon and Ken Kurson, a friend of Jared Kushner, Trump's son in law, The New York Times and The Washington Post report. Presidential clemency covers only federal crimes, and both men were pardoned before their cases went to trial, meaning they almost certainly wouldn't be protected by New York State's double-jeopardy law.

Dick Cheney gets to defend a GOP that has now slandered both his daughters. - John Fugelsang 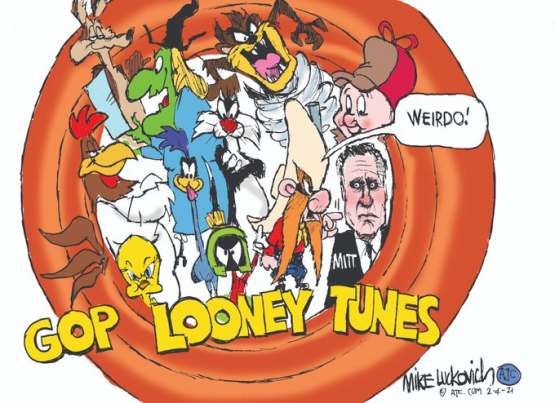 It says everything about the GOP in 2021 that they have to hold a meeting to discuss what to do about two congresswomen, one who was horrified by a violent coup and one who thinks Jews have lasers. - Andy Borowitz 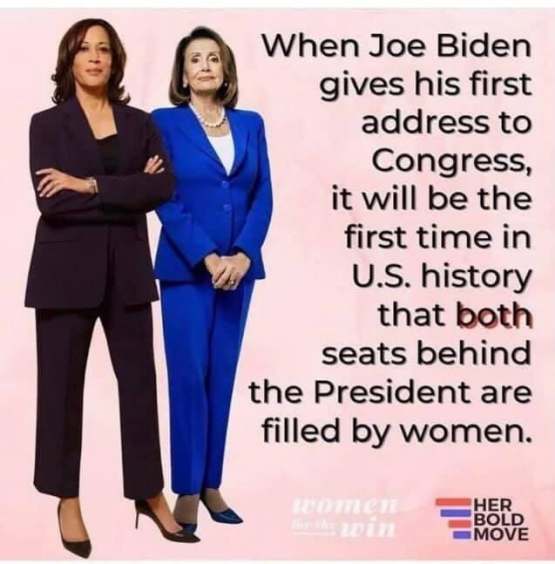 Lots of jokes about the My Pillow guy but ask yourself this: does anyone know who Biden’s pillow guy is?  we’re about to have a president who has no advisors from the pillow industry, let that sink in. - Sarah Cooper

New Rule: Mitch Onto Others As He Mitched Onto You
Minority Leader Mitch McConnell (R-Ky.) on Wednesday announced that Republicans will force Democrats to take tough votes on issues ranging from stimulus checks for illegal immigrants to higher taxes on small businesses when the Senate moves a budget resolution this week. 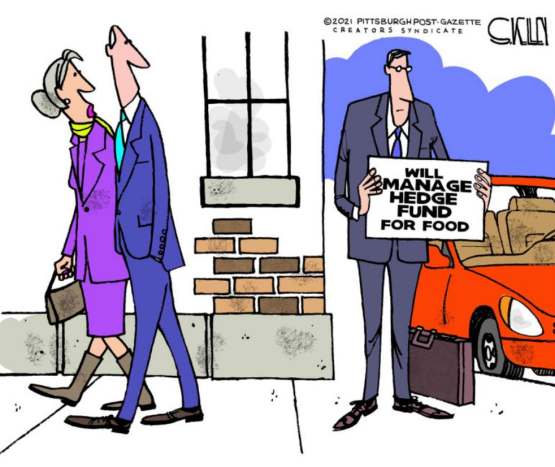 ‘Then You’ll Put Out A Nice Press Release Stepping Down As CEO,’ Whispers Rogue Fulfillment Bot Holding Bezos At Gunpoint. - The Onion 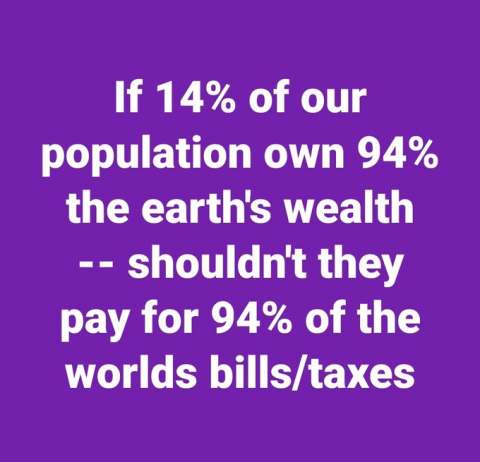 It's So Telling That Dr. Fauci Even Has To Warn Us
Anthony Fauci, the White House COVID-19 response team's chief medical adviser, on Wednesday warned Americans against attending Super Bowl watch parties with guests from outside their immediate households as high rates of new coronavirus infections persist. 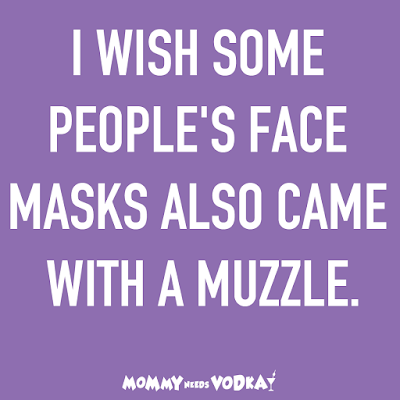 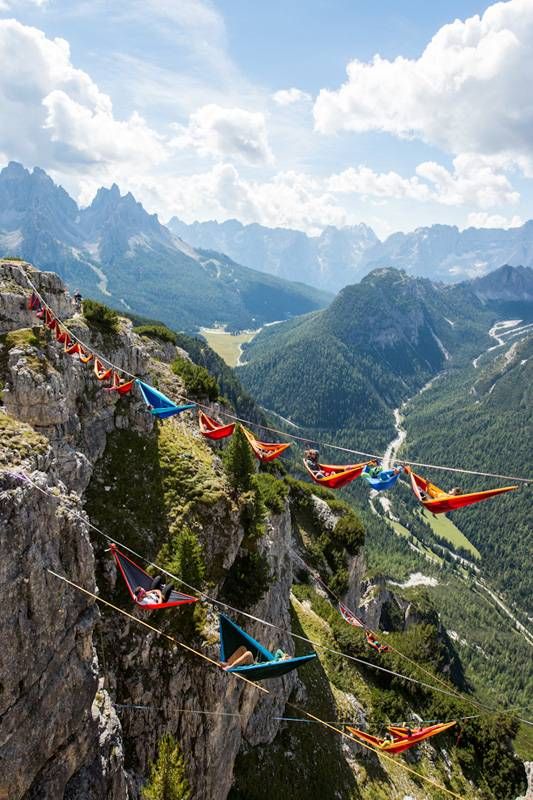 Italy's Monte Piana where people hang in hammocks for a reason I have yet to determine.
Peace.
Posted by Lisa at 2:45 PM