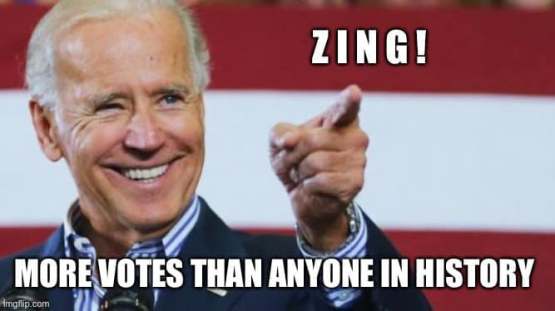 Biden Now an Overwhelming Favorite in the Betting Markets After a Night of Wild Odds Swings
The betting odds have careened all over the place in terms of who will win the 2020 election, but as the vote count continues to unfold, Joe Biden has now overtaken Donald Trump’s odds for victory...the former vice president’s odds have jumped to an 83 percent high point while Trump’s have fallen to 17.

Half of my brain is "relax, Biden can win this" and the other half is the sound of ten thousand forks being jammed into five hundred running garbage disposals while every car alarm in the neighborhood goes off. - Jeff Tiedrich

We need to realize that we didn't defeat White Supremacy in World War II.  We only defeated the Germans. - Tea Pain tweet 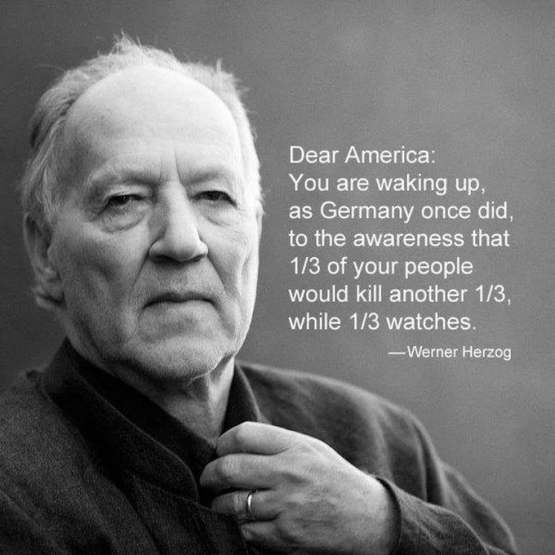 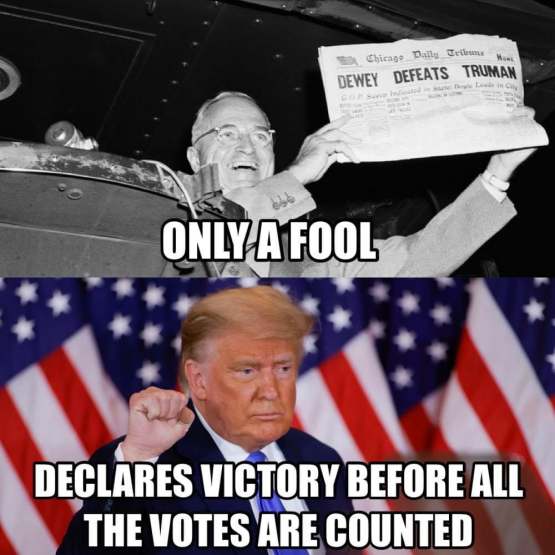 We can’t underestimate the role disinformation played in this campaign, but if we don’t face the fact that this country is really f cking racist, nothing will change. - Mary L. Trump 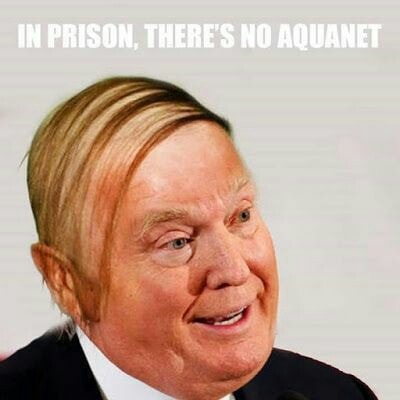 I feel like the Lincoln Project didn't have quite the impact with the electorate that it did on Twitter, 60 Minutes and the New Yorker. - Greg Jaffe

Biden Wins Wisconsin
The Associated Press has declared Joseph R. Biden the winner of the presidential race in Wisconsin.
Biden and President Donald Trump were in a tight race in Wisconsin, one of the same Midwestern battleground states that decided the election four years ago. 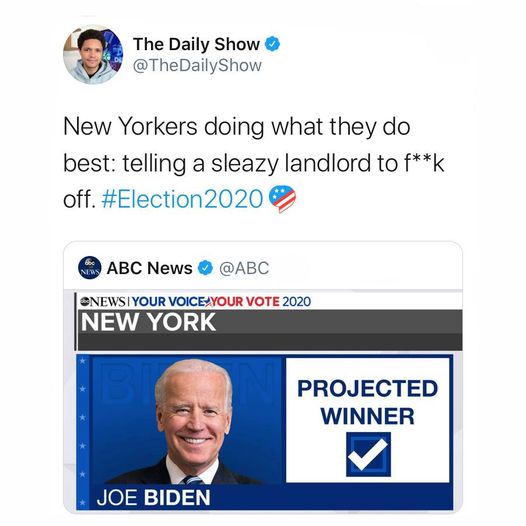 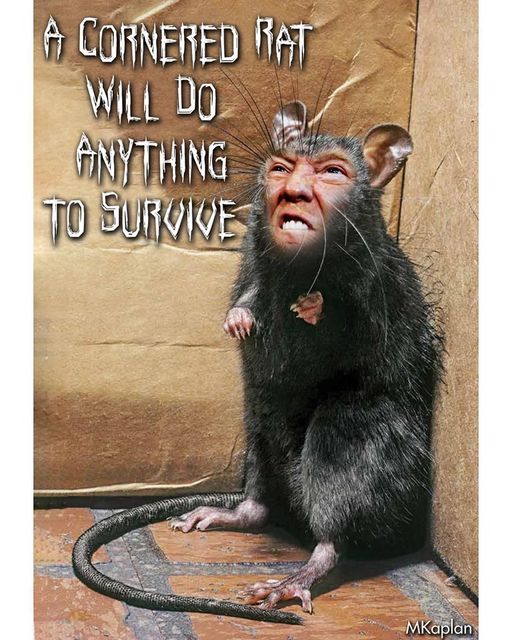 In case you need more good news about the likely Biden win, Russian state TV is in mourning today. Now shifting to saying that democracy is just chaos, and Russia is lucky not to have to deal with such things thanks to Putin! - Garry Kasparov 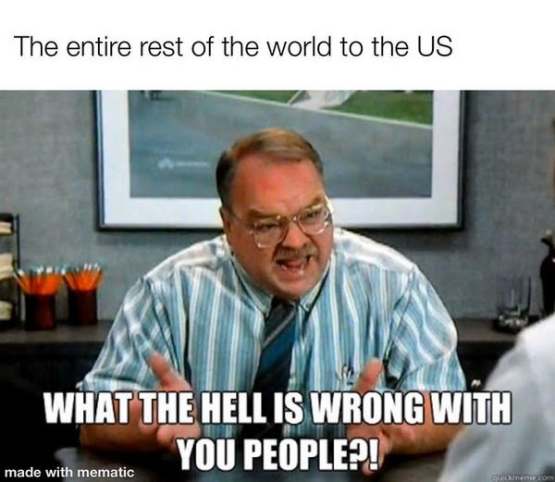 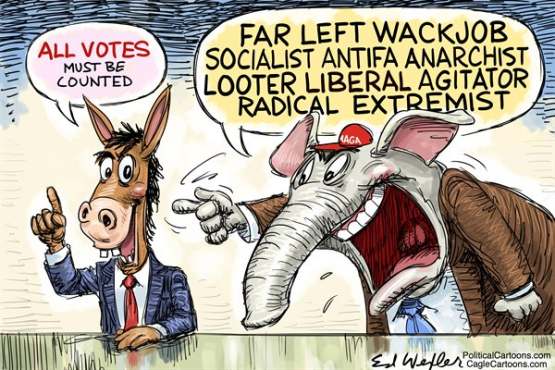 Postmaster General Defies Judge's Order Which Will Eventually Lengthen His Prison Sentence
A federal judge was so angered by the US Postal Service's inability to sweep its facilities for ballots yesterday afternoon, following a court order to do so, that he said he will want answers under oath from Postmaster General Louis DeJoy. 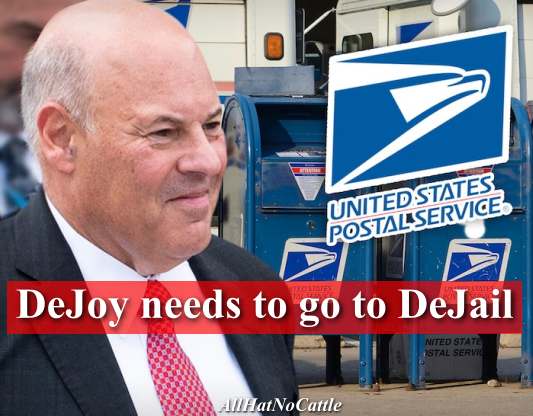 A personal 1960 election side note:
When Kennedy beat Nixon in 1960, it was about 3am when the race was called and everyone was asleep except for my father who was glued to the TV.  So, to announce that JFK won, he played Stars and Stripes Forever by John Philip Sousa on our hifi full blast. Then we all marched to the music.
My father played drums in an Army Band in 1942 at some god-forsaken army base out west, then they shipped him to India for 2 years as a truck driver. He preferred India.
I plan on playing that song when Joe Biden is declared the winner in honor of my father.
____________________ 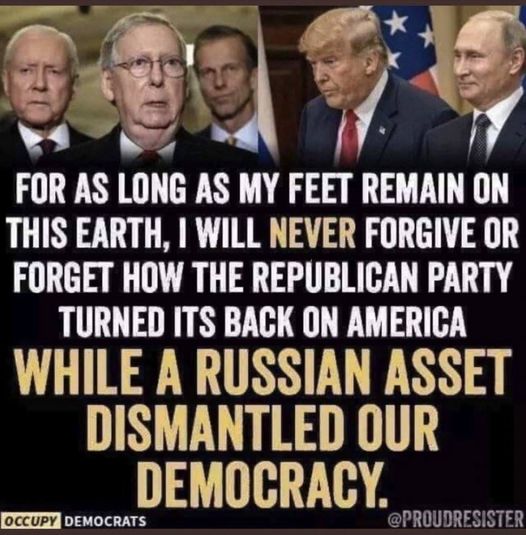 Trump Asks Supreme Court to Rule That Wisconsin Is Not a State. - Andy Borowitz 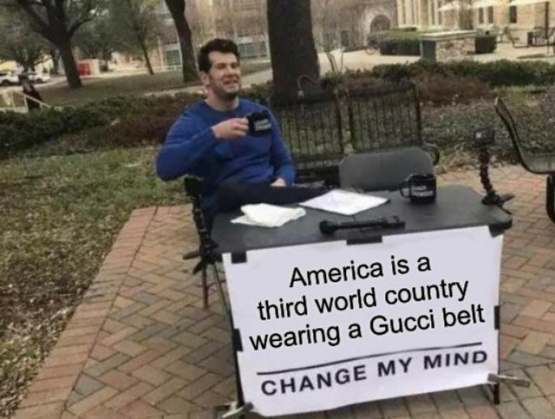 Do You Have a 2013-2017 Ford Explorer?
Ford has a history with rear suspension toe links, and in the case of the recall announced today for 350,000 2013–2017 Ford Explorers in the U.S., this is the second time that the outboard section of the rear suspension toe link in these Explorers has needed to be replaced. This component of the suspension can corrode and eventually fracture, leading to a driver potentially losing control of the vehicle and crashing.

All we want is a reason to believe in America the way Tom Selleck believes in reverse mortgages. - Bill Weir 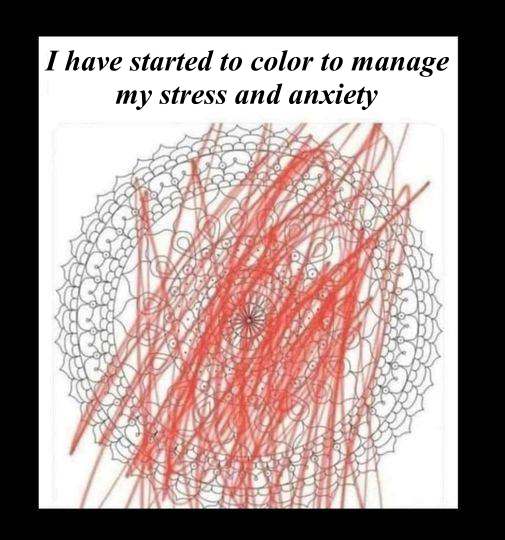 I wrote this 19 years and 11 months ago when I started this website because Jeb Bush wanted the vote counting stopped.

Raised in Fort Lauderdale, Fla., during the "Where the Boys Are" era, when the worst thing a Republican governor did was try to peddle oranges to the Pope. Public schools were excellent, with 75 percent of high school grads continuing in higher learning. We were taught to respect the Florida Aquifer, our only source of freshwater, because it was about 12 inches below our feet. We knew the pollution in the Everglades was caused primarily by the Cuban-American owned sugar industry, which was supported on the backs of laborers from the Caribbean. We welcomed tourists in South Florida because tourism was a great part of our economy. We also knew that many visitors would relocate to this area. I married one. Drugs began arriving in ever-increasing amounts during the early 1970s. First it was marijuana, and crime rates remained relatively low. Next it was cocaine.  In the 1980's, under the Reagan/Bush reign, paradise became America's hotspot for drug importation, arms dealing and money laundering. That is when I left and ended up in the Florida panhandle (Update: I moved to Costa Rica in 2009). What I am saying, folks, is YES: It is important to vote and just as important to know all about the politicians you vote into office -- except, apparently, if you live in Florida.  That is why this website exists. I want every vote to be counted. 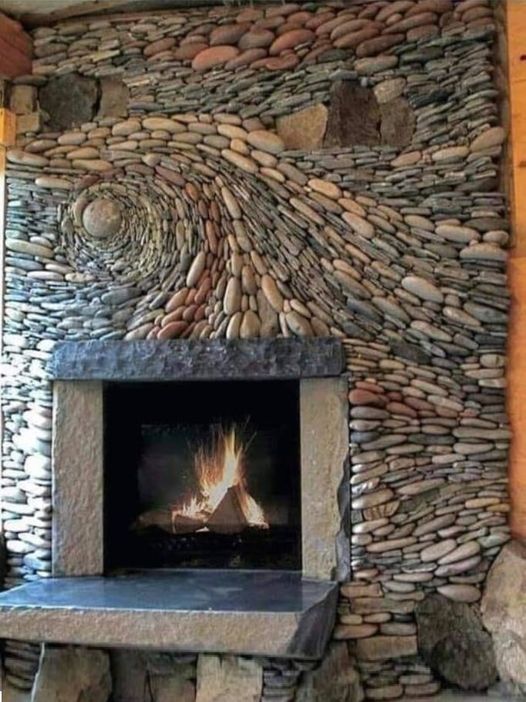 Wow. A river rock mosaic fireplace. I thought of Van Gogh's Starry Night painting when I first saw this fireplace.
Peace and love to all.
Posted by Lisa at 3:33 PM