Trump taunts Democrats in White House speech: 'We're here and they're not' 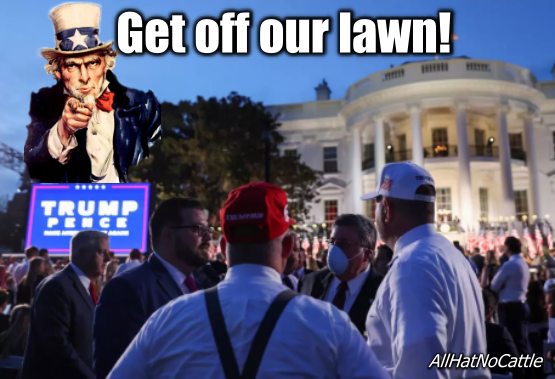 Trump taunts Democrats in White House speech: 'We're here and they're not'
President Trump taunted critics of his administration Thursday by gesturing to the White House during his convention speech and saying, "We're here and they're not."
The off-script moment came on the final night of the GOP convention as Trump addressed hundreds of people on the South Lawn of the White House to accept his party's nomination for president, breaking with a tradition of not using the building for campaign events.


Guess what, trump, no sane Democrat would want to be there at your coronafest.

Forget the Hatch Act violations, we're getting into a matter of life and death here. - Jake Tapper, CNN 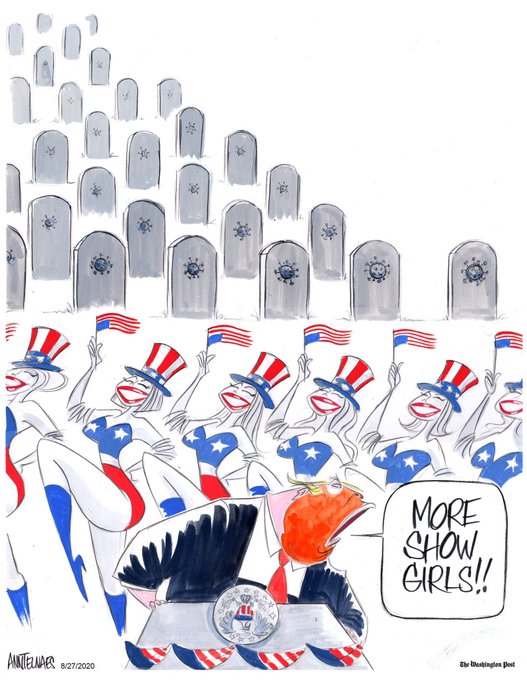 He shot and killed 2 people who had assembled to affirm the value, dignity, and worth of Black lives. 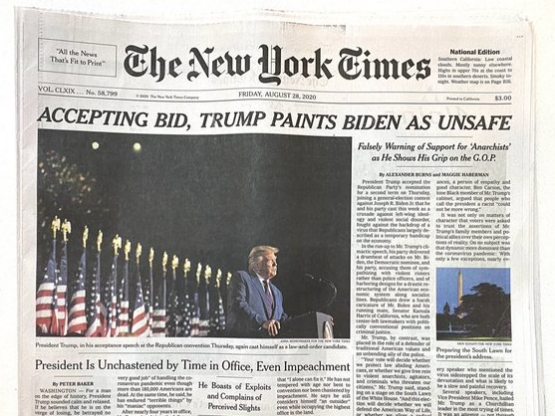 "He had a knife." "He used a counterfeit $20 bill." "He was selling loose cigarettes." "He was playing with a toy gun in the park." "He walked home." "She was driving down to her new job." "She was asleep in her own house." "He complied and reached for his license, registration." 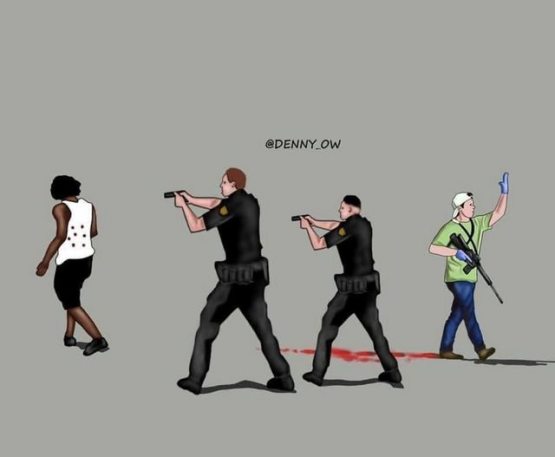 
Brian Williams described part of Trump's convention as a "gaslighting visible from space." 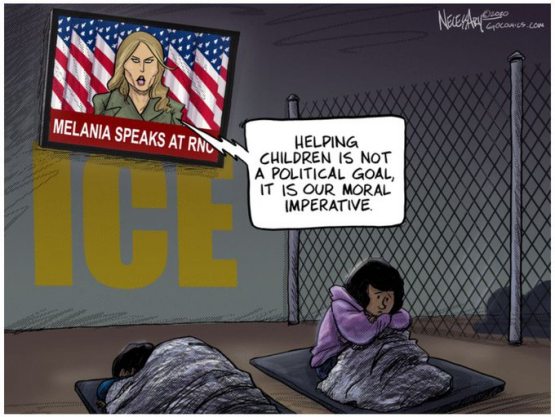 Trump Children Worried Aging Father Not Safe To Be Alone After Falling In Polls Again. - The Onion 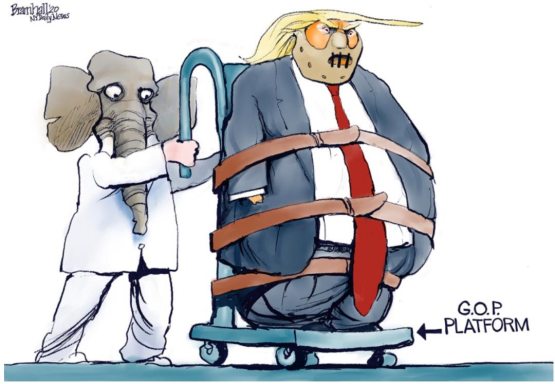 Rand Paul Is Such A Drama Queen
Sen. Rand Paul tweeted early Friday morning that an “angry mob” of “over 100” attacked him as he left the Republican National Convention at the White House, thanking police for “literally saving our lives,” but video of the incident appears to show a much smaller crowd that didn’t touch Paul or his wife, and they seem to have sustained no injuries.


In his Farewell Address, George Washington warned of "cunning, ambitious, and unprincipled men" who might try "to subvert the power of the people and to usurp for themselves the reins of government, destroying afterwards the very engines which have lifted them to unjust dominion" 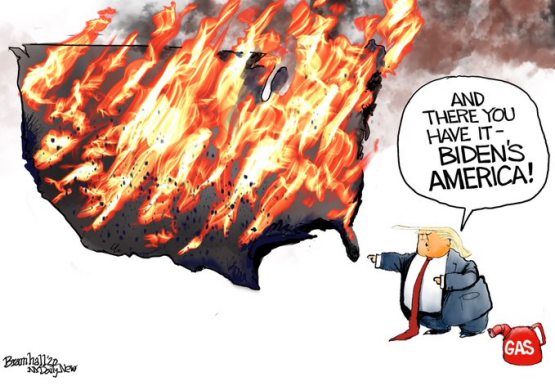 
When asked if she is a "radical liberal," or a "radical centrist,"  Sen. Kamala Harris says, "I am radically in love with my country." - Tim Perry, CBS 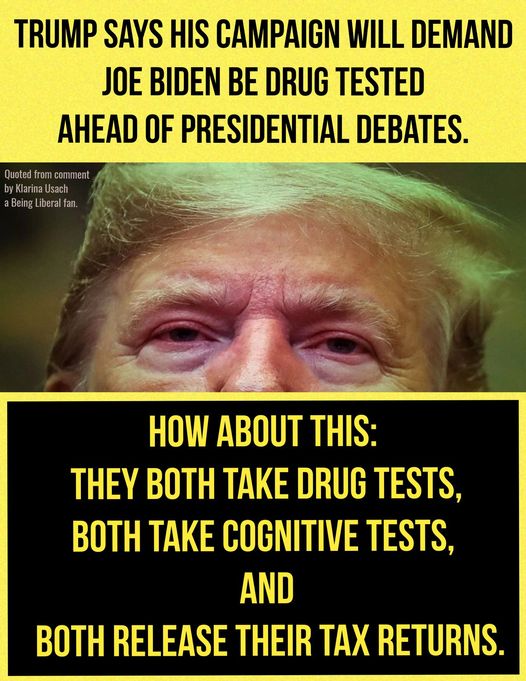 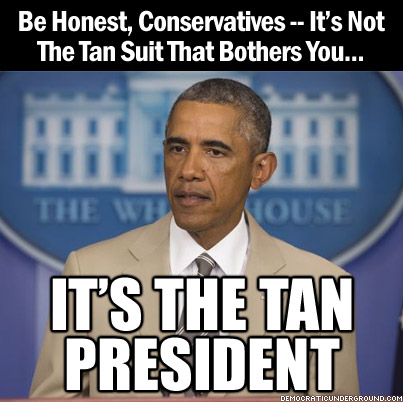 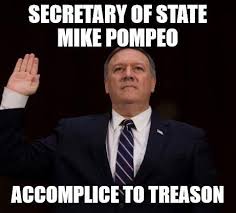 My My My, The House Is Launching Contempt Proceedings Against Pompeo. Bet He's Praying For The Rapture!
The House Foreign Affairs Committee is launching contempt proceedings against Secretary of State Mike Pompeo for what it says is his repeated refusal to cooperate with the committee's investigations.
Chairman Eliot Engel (D-N.Y.) cited Pompeo's refusal to turn over documents in the House's impeachment inquiry last fall as well as another subpoena seeking documents the State Department has already voluntarily turned over to a Republican-led Senate committee targeting former Vice President Joe Biden.
"I won’t stand by and see the Committee or the House treated with such disdain by anyone," Engel said in statement.


It sounds absurd to say it, but America is in the process of choosing whether to be a white nationalist fascist state or an inclusive democracy. That's not hyperbole, that's just where we are. - Ryan Avent 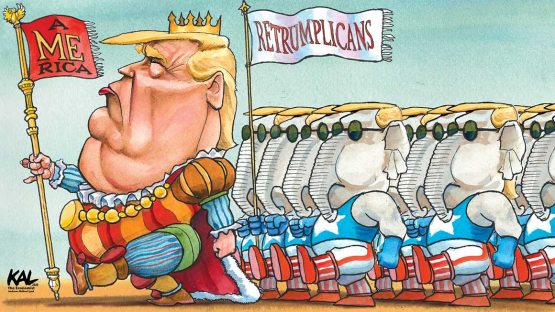 
There is a very real chance that a year from now, as a post-Trump Republican Party looks at what went wrong, they’ll point to this RNC as a crescendo.

The Party reached one final fork in the road... and decided they’d just let the drunk guy drive even if it was over a cliff. - The Hoarse Whisperer tweet 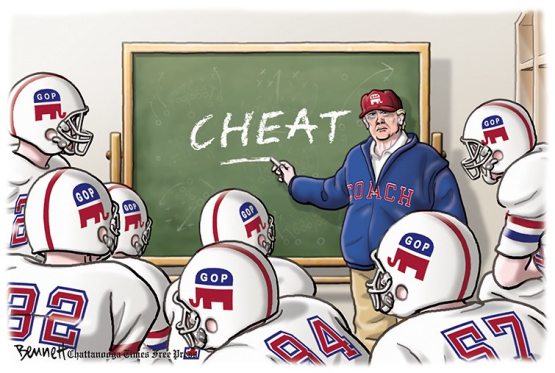 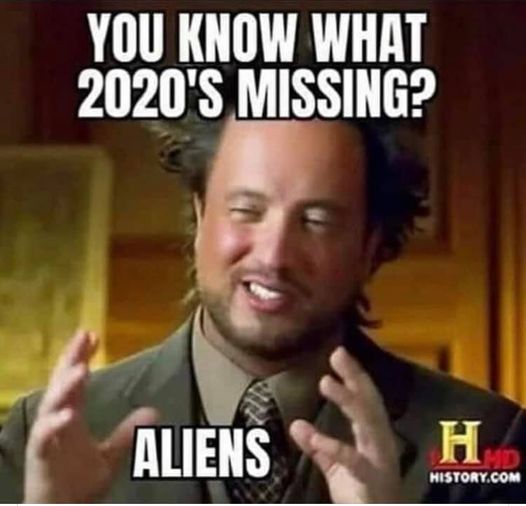 Apparently, Canada Doesn't Care For The Trump Brand. Smart People.
Three and a half years after it first opened its doors, Trump International Hotel and Tower Vancouver has permanently shuttered.
Sources wishing anonymity told Daily Hive Urbanized the hotel property has closed for good, and that staff were laid off today. At its peak, the hotel’s operations employed about 250 people. 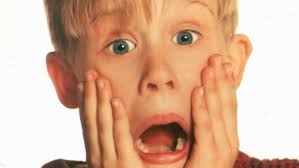 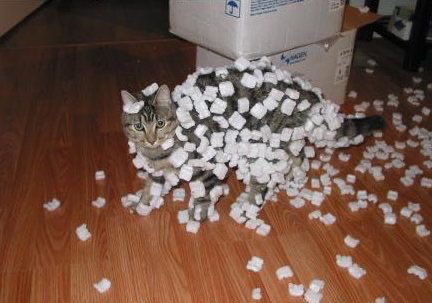 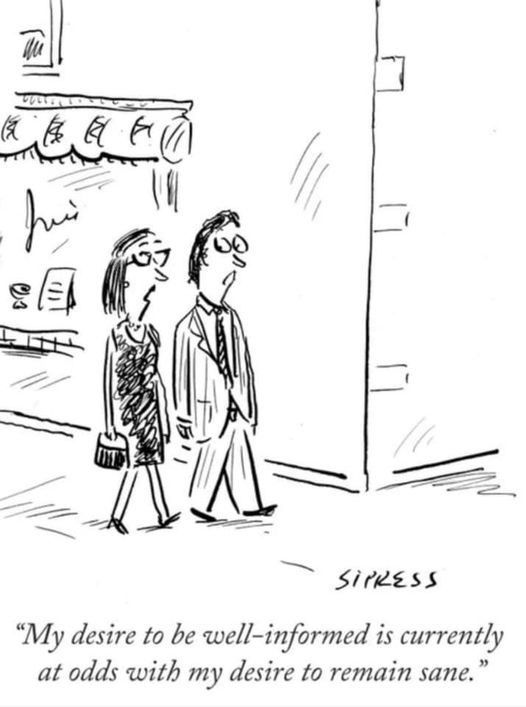