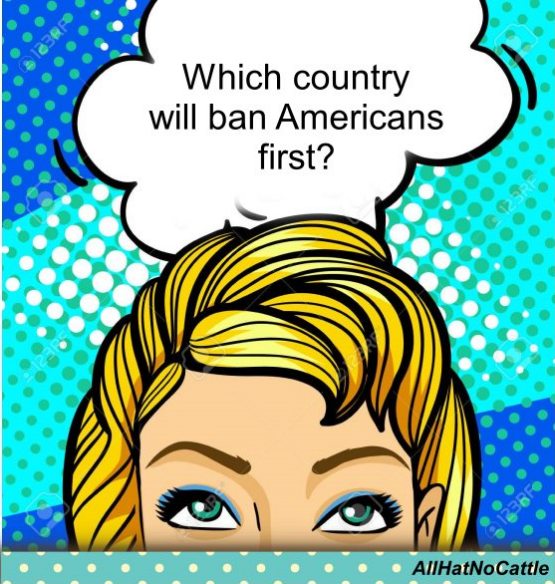 Fauci Tells All States It’s Time to Issue Extremely Strict Stay-at-Home Orders
Anthony Fauci has told all states it’s time to stop allowing any exemptions to social-distancing guidelines, and warned that forcing people to stay home across the nation is the “only thing we have” in the federal government’s arsenal to fight back against the coronavirus pandemic.


Trump Hopes To Speed Up Development of Vaccine By Letting Researchers Test Anything They Want On Eric Trump. - Andy Borowitz 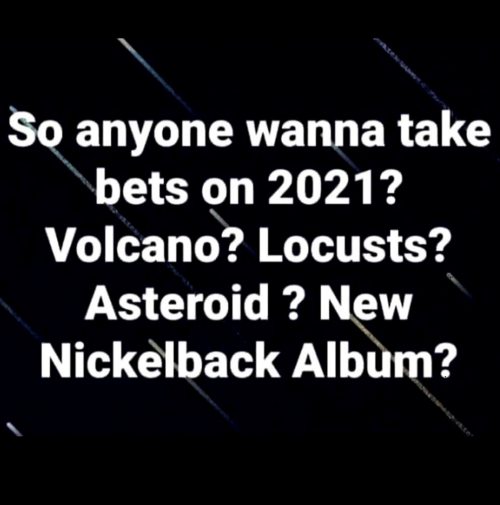 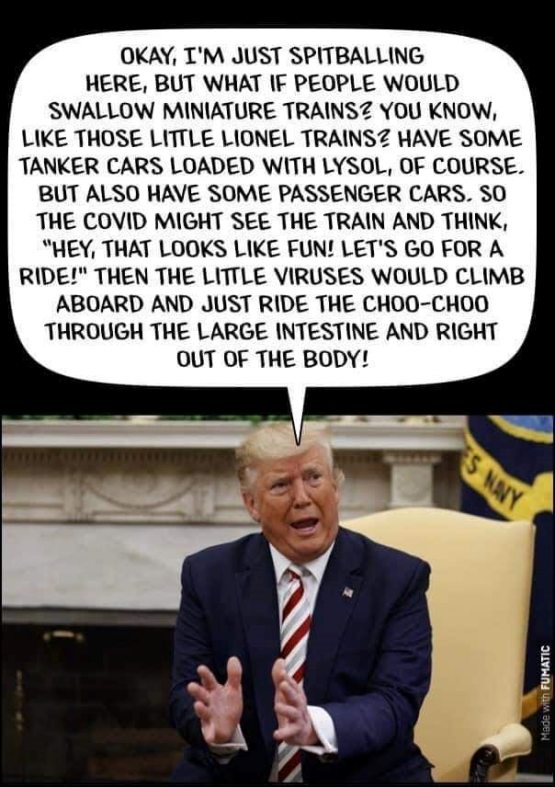 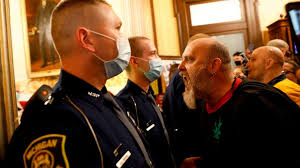 Trump Praises Michigan Protesters
On Thursday, armed protesters stormed the State Capitol in opposition to Gov. Gretchen Whitmer's executive orders, which have kept much of Michigan's economy closed since March to stop the spread of the coronavirus...On Friday, President Donald Trump took to Twitter for some mobster LARPing, and said Whitmer should "give a little, and put out the fire."
"These are very good people, but they are angry," Trump said. "They want their lives back again, safely! See them, talk to them, make a deal." 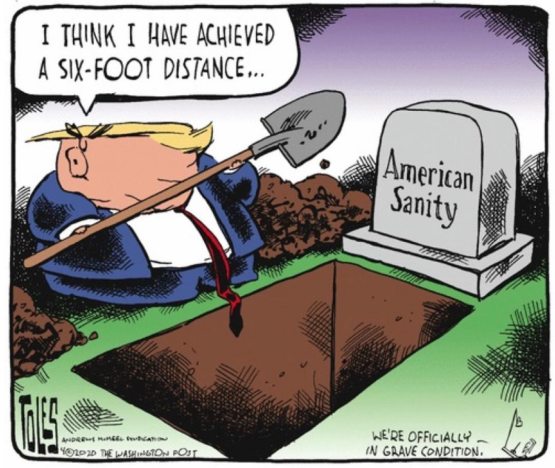 All of these jackaloons protesting with weapons. The recruiting offices are empty.  How would you like to carry your weapon 24/7...even sleep with it.  Don’t request desk jobs. Go Infantry, Combat Engineer or Scouts.  Well...the recruiters are waiting! You aren’t scared are you? - Richard N. Ojeda, II 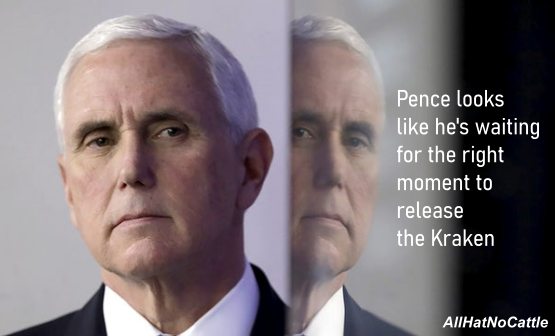 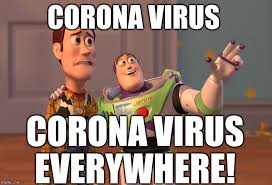 I Wonder If He'll "Fall Off" His Balcony
Russian Prime Minister Mikhail Mishustin told President Vladimir Putin on Thursday that he had been diagnosed with the coronavirus and was temporarily stepping down to recover.

Trump Mocks Low-energy Joe Biden For Only Having One Accuser. - Andy Borowitz 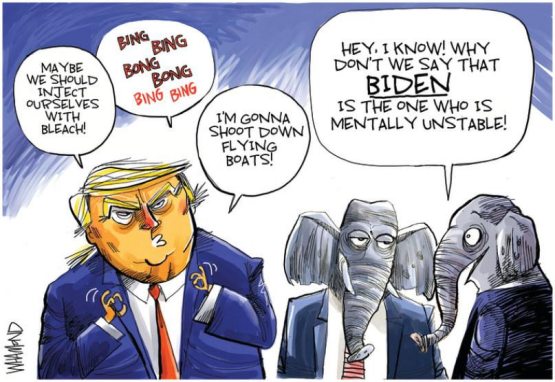 Let Them Eat Beignets!
While under the state's stay-at-home orders, Louisiana lawmakers voted by mail against the state's voters' ability to vote by mail in upcoming elections.
Republicans in the state's legislature objected to a plan that would allow absentee ballots for people who fear being exposed to the coronavirus, claiming that mail-in voting is ripe for voter fraud — despite voting for the legislation by mail.


Why do the #Dems always twist themselves into pretzels over this sh-t?  We heard Donald Trump say "I grab 'em by the pussy!" and no one made a peep!  Didn't seem to hurt him, but we have been paying ever since.  Who is paying to #SWIFTBOAT Joe Biden?? - Bette Midler 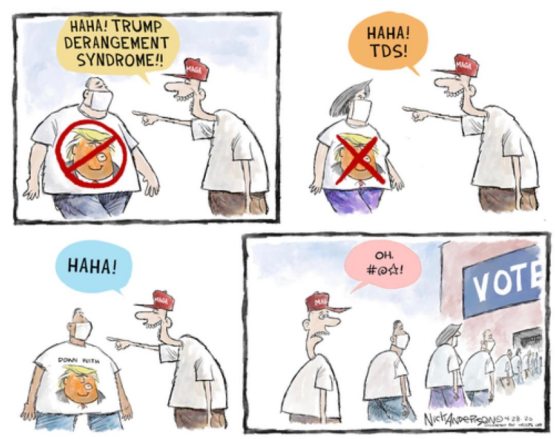 I have to admit that I did not have "Elon Musk loses his sh-t" on my Plutocrat Pandemic F-cknuttery Bingo card. - Jeff Tiedrich 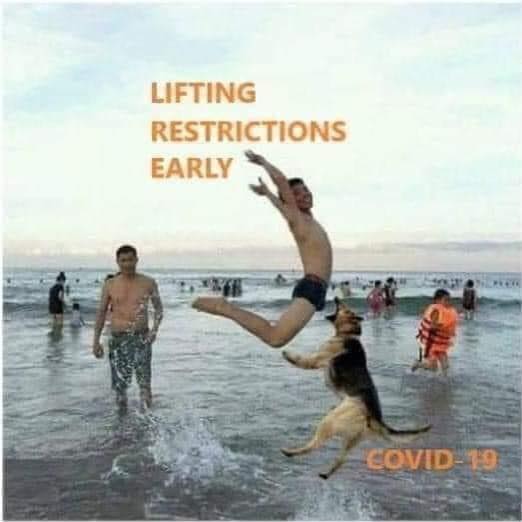 I Love Canada!
Prime Minister Justin Trudeau has announced a ban on “military-style” assault weapons in the country. This includes the buying, selling, transporting, or use of these guns.
“There is no use and no place for such weapons in Canada,” Trudeau said.


The emperor has no tests. - Jeff Tiedrich 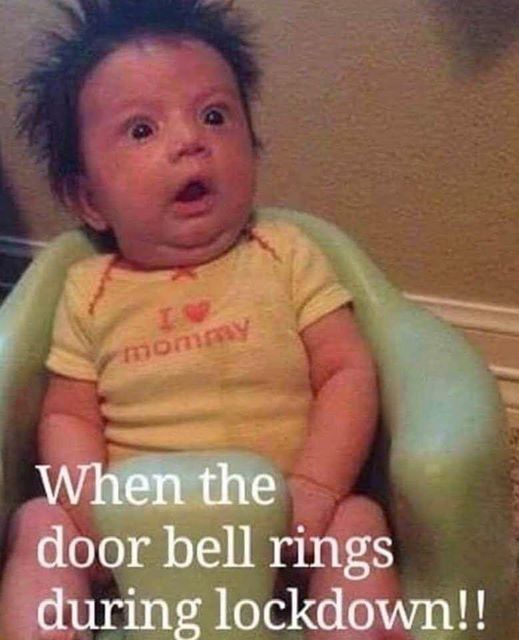