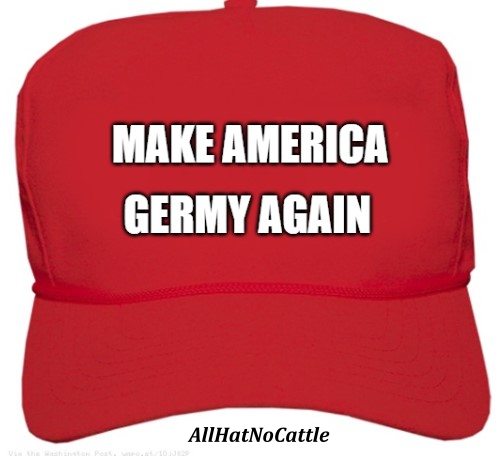 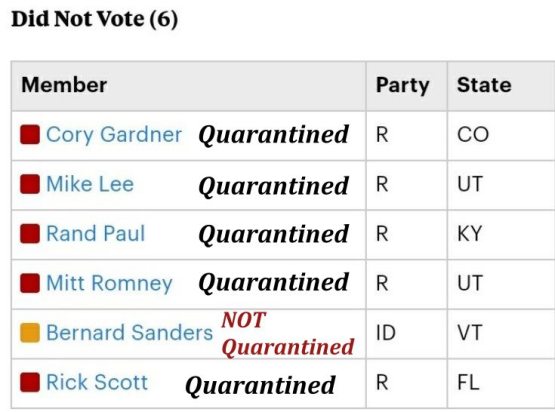 y'ever notice how the last two republican presidents lost the popular vote but were put in office by the electoral college and then ignored repeated warnings of mass casualty events. - blaine capatch 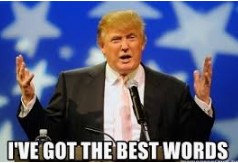 Trump Kills Three Nigerians
Health officials in Nigeria have issued a warning over chloroquine after they said three people in the country overdosed on the drug, in the wake of President Trump's comments about using it to treat coronavirus. 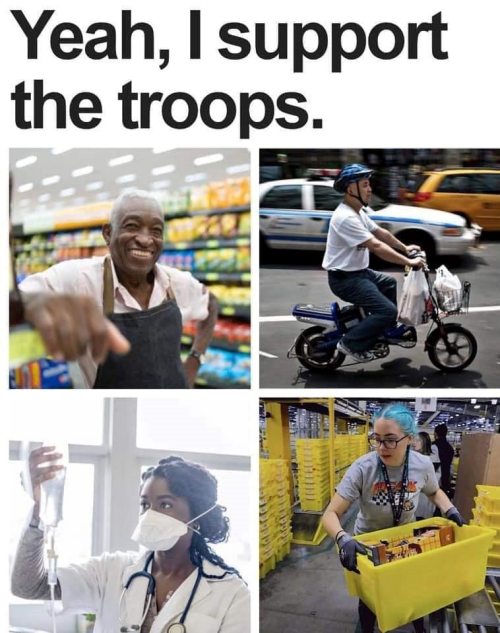 For the average American the best way to tell if you have covid-19 is to cough in a rich person’s face and wait for their test results. - Harry Moroz 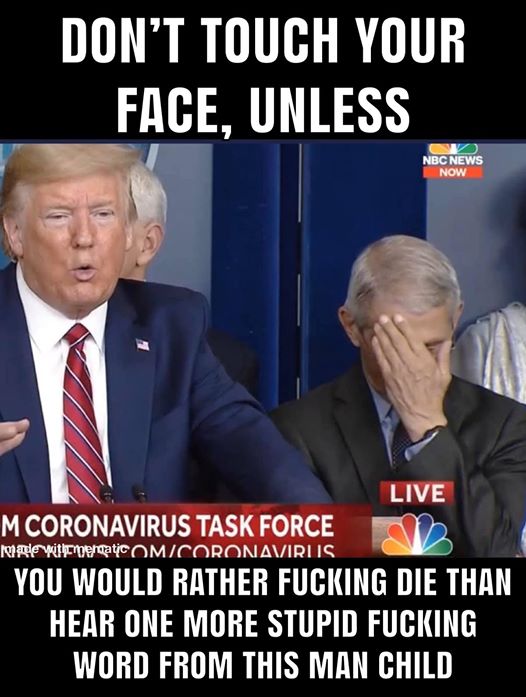 Trump illegally used money voted for Ukraine for his own unlawful purposes. He was literally impeached for this high crime. And now Trump's Treasury is asking to be entrusted with half a trillion dollars, at whim and in secret, no accounting until after the 2020 election? Madness. - David Frum 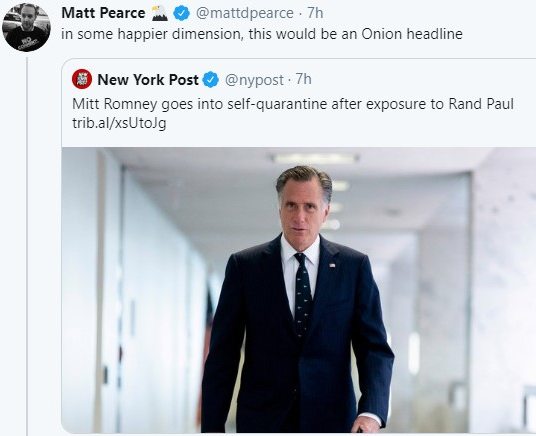 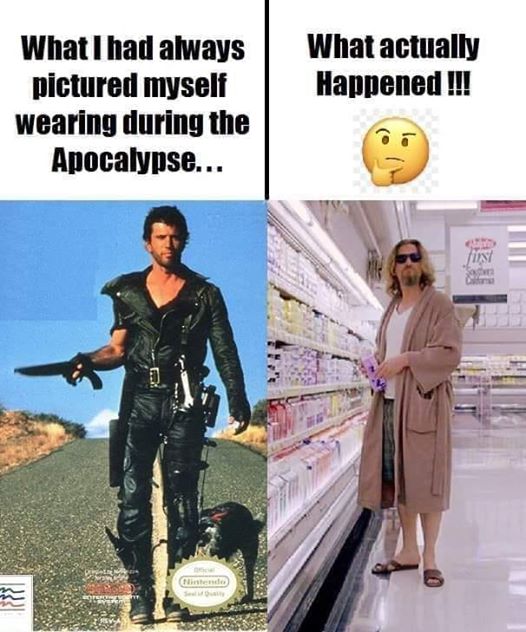 You know those disaster movies where like Morgan Freeman is President? Yeah, I feel like we’re living through one starring Rodney Dangerfield... -  Cyrus McQueen 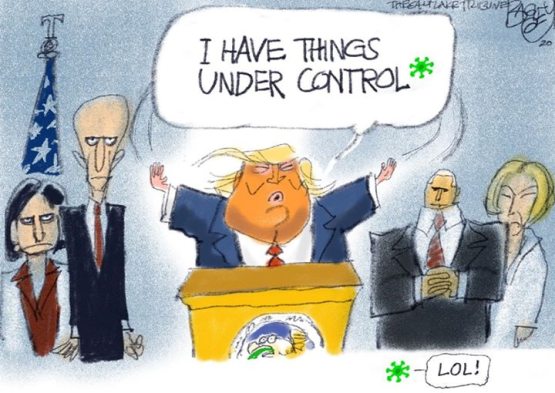 
My husband has coronavirus. I love him & not being able to be by his side is one of the hardest things about this disease. So many are going through this & much worse. I pray for him & you & meanwhile I will do all I can to get help to the American people. - Sen. Amy Klobuchar 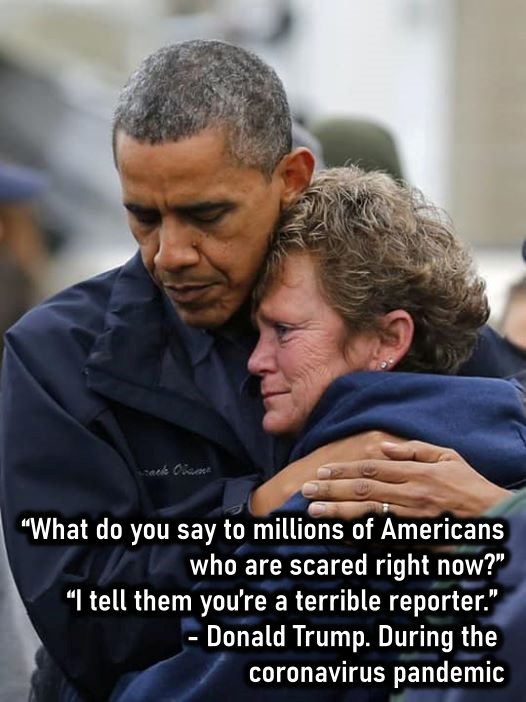 In the face of crisis, FDR had the New Deal to help suffering Americans. Now, @realdonaldtrump, you and your fellow Republicans are pushing the #SelfDeal. See the difference? - Hillary Clinton tweet 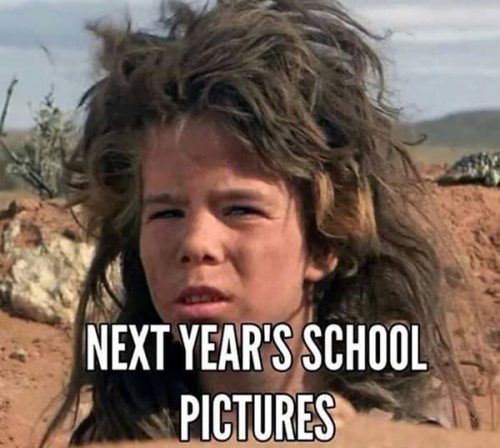 Oh Goody, Credit Will Flow To Households So They Get Deeper In Debt!
The Federal Reserve on Monday announced aggressive new emergency measures to support the economy and ensure that credit flows to households and businesses as the country faces the prospect of a deep downturn from the coronavirus pandemic.


At this point it’s a toss up whether I’m going to die of alcohol poisoning from Trump’s press conferences or coronavirus. - Asha Rangappa 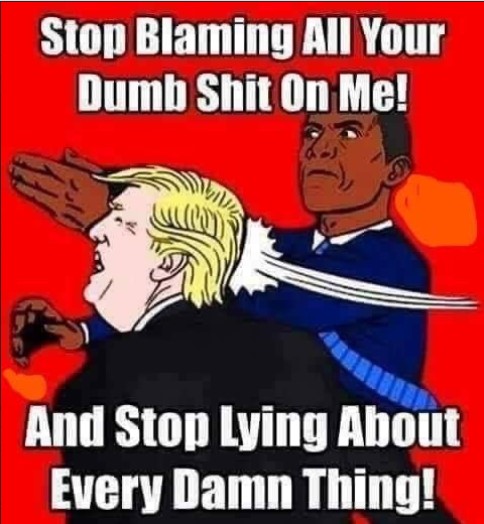 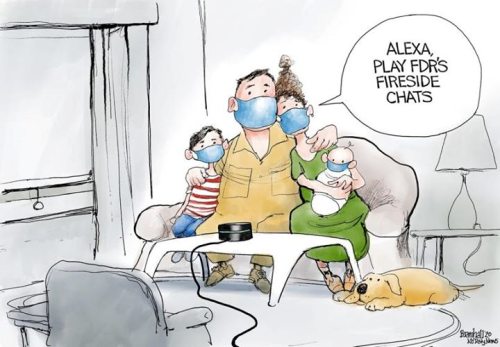 President Trump and Mitch McConnell are trying to put a corporate bailout ahead of families. It's simply wrong. We need to be focused on helping hardworking Americans, communities, and small businesses — not handing big corporations a blank check. - Joe Biden 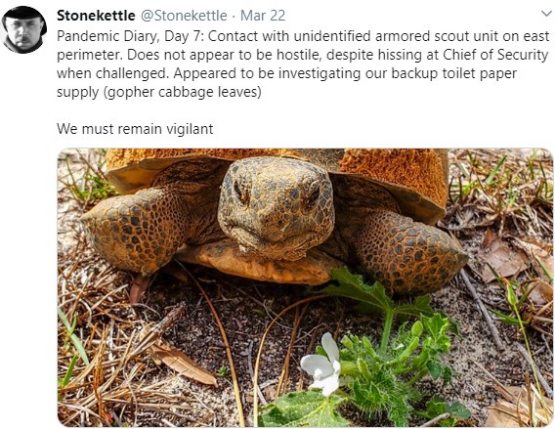 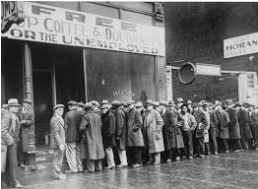 At Least During The Great Depression People Could Get In Lines.
This week, unemployment claims soared as state and federal officials restricted public gatherings and shuttered stores to prevent the spread of the COVID-19. Using wage data from the U.S. Department of Labor and working conditions surveys from O*NET, we analyzed those who are most vulnerable.

In 70 years, teenagers will commiserate on how their COVID-era grandparents still hoard toilet paper and hand sanitizer. "my grandma keeps a closet full of it!" - morninggloria tweet 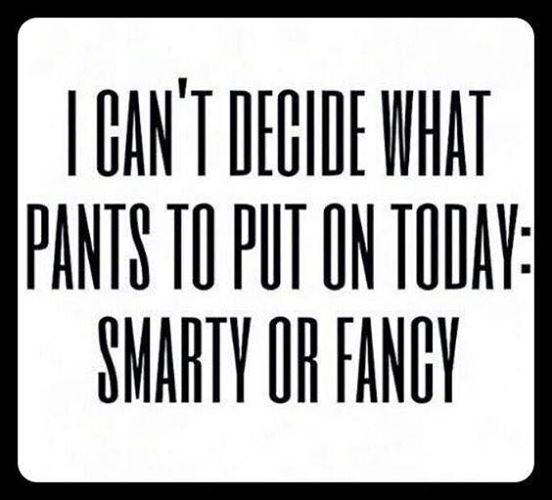 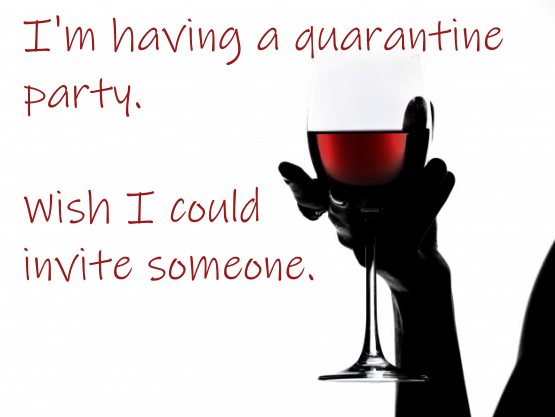