Trump: Iran Is ‘Standing Down,’ but I’m Gonna ‘Punish’ It Some More 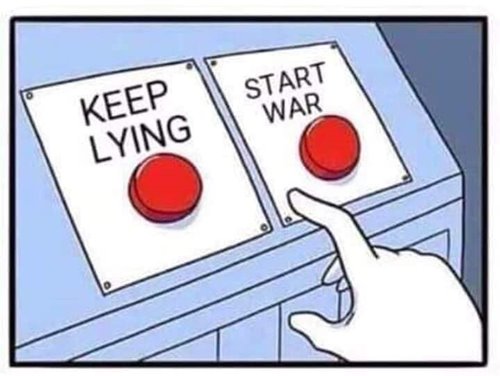 Trump: Iran Is ‘Standing Down,’ but I’m Gonna ‘Punish’ It Some More
President Donald Trump said Americans should be “extremely grateful” that Iran “appears to be standing down” a day after Iran's Islamic Revolutionary Guard Corps launched a missile attack ... 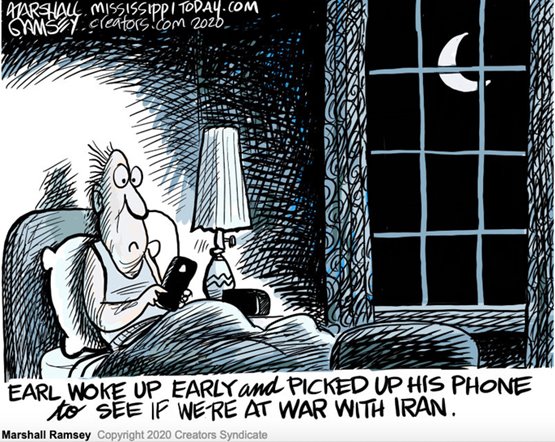 Okay fine, here's how you can blame Obama, magats: We're on the brink of WWIII because Obama made fun of a thin-skinned reality TV host faux billionaire in front of everyone at a fancy dinner. - Randi Mayem Singer

Iran Keeping Black Boxes From Downed Ukrainian Jet
Iranian investigators have found one of the plane's two so-called black boxes, but the head of the country's civil aviation authority has refused to hand it over to Boeing, the local Mehr news ... 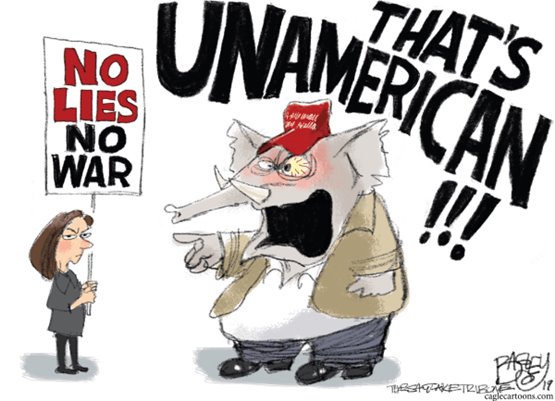 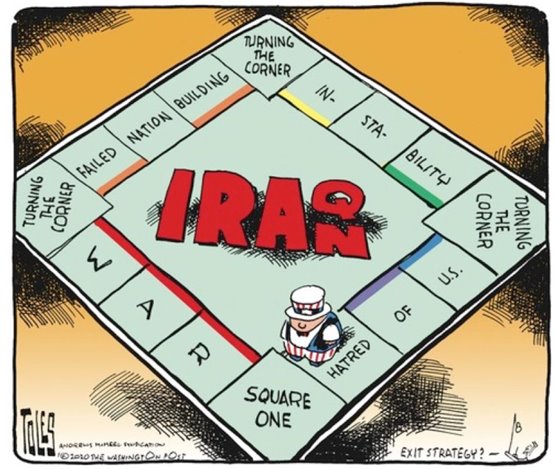 HOW TO WIN PRIMARIES 101: Eliminate the Competition!
Republicans decided Tuesday to place only President Donald Trump's name on Wisconsin's presidential primary ballot this spring, making it a challenge for any long-shot GOP candidates to run against him in the state...The GOP has canceled primaries in a number of states, including South Carolina, Nevada, Arizona and Kansas, to help the president.


His Tan Makeup Team Hates Him Too 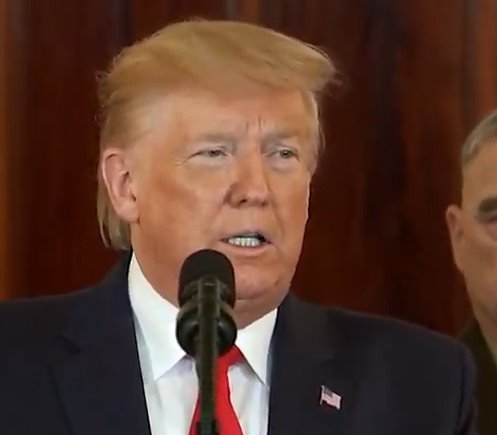 Now that Jared Kushner has brought peace to the Middle East, what will he do next? - Poetic Justice tweet 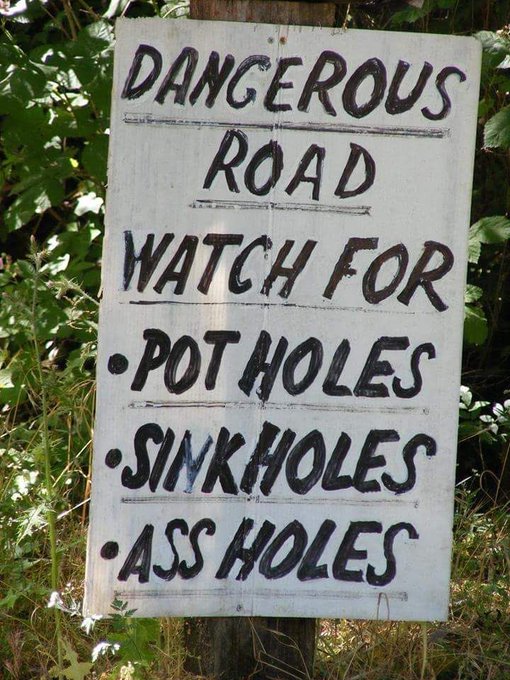 
I did this meme 3 years ago 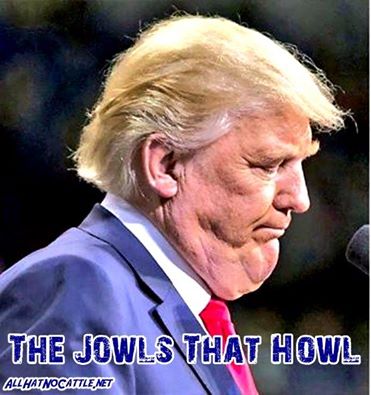 Reminder that as this crisis escalates, we have no Director of National Intelligence, no Dep Dir, no Homeland Security Secretary, no Dep Sec, no head of CBP or ICE, no State Dept Under Sec of Arms Control, no Asst Sec for Europe, and no Navy Sec. - Garrett M. Graff 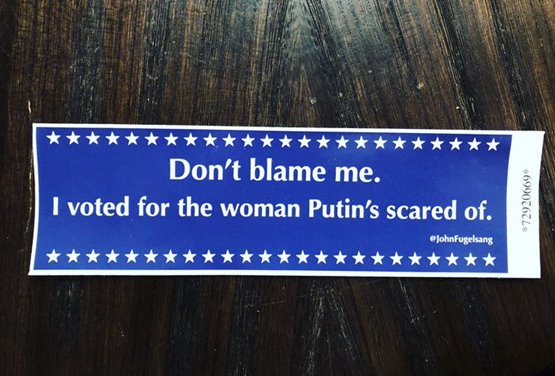 Bernie Said No To Super Pacs And Yes to Dark Money
Bernie Sanders says he doesn’t want a super PAC. Instead, he has Our Revolution, a nonprofit political organization he founded that functions much the same as one.
Like a super PAC, which is shorthand for super political action committee, Our Revolution can raise unlimited sums from wealthy patrons that dwarf the limits faced by candidates and conventional PACs. Unlike a super PAC, however, the group doesn’t have to disclose its donors — a stream of revenue commonly referred to as “dark money.”


Okay, GOP, if you want to follow the rules of the Clinton Impeachment trial, hire an overzealous independent prosecutor to investigate Trump's real estate deals and sexual liaisons and bring it all before a grand jury.
By the time he's done, Clinton will look like a choir boy. - Leslie tweet 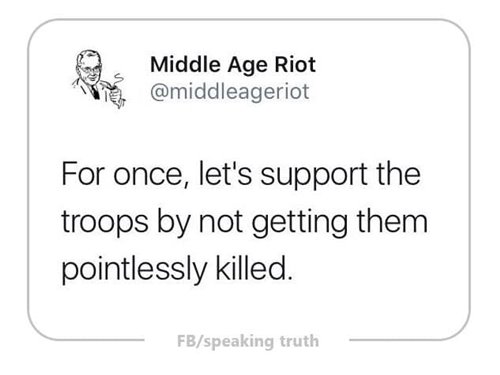 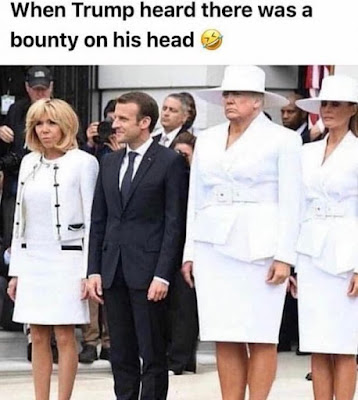 Costa Rica Is Pissed At Trump & Should Be!
Costa Rican authorities held a Tuesday evening press conference as a response to the Level 2 travel advisory from the U.S. State Department.
The advisory warns visitors to Costa Rica should “exercise increased caution” due to crime, a label the Central American government “categorically rejected.”


Attention: Will the owners of a blue planet with plate tectonics please attend to your vehicle. It is overheating. - TheTweetOfGod 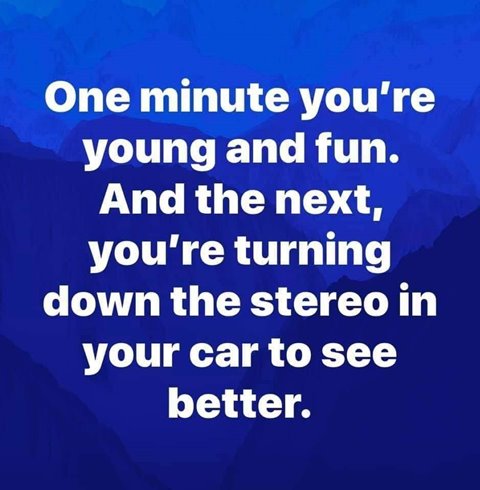 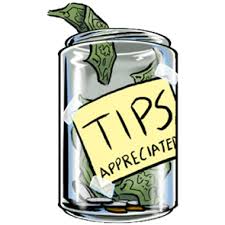