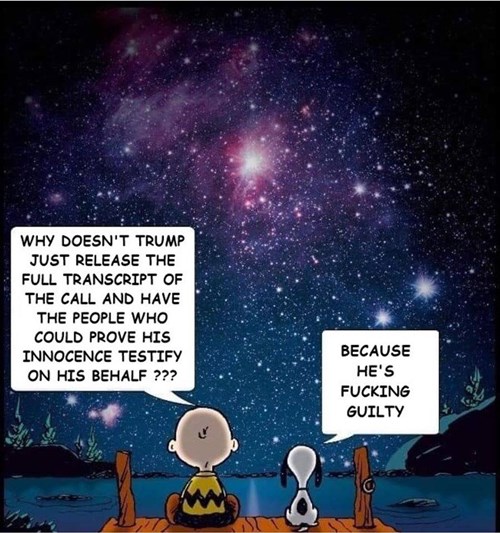 
"Folks, can you imagine what Putin is saying to himself today? “I can’t believe my luck! I not only got Trump to parrot my conspiracy theories, I got his whole party to do it! And for free! Who ever thought Americans would so easily sell out their own Constitution for one man?" - Bette Midler 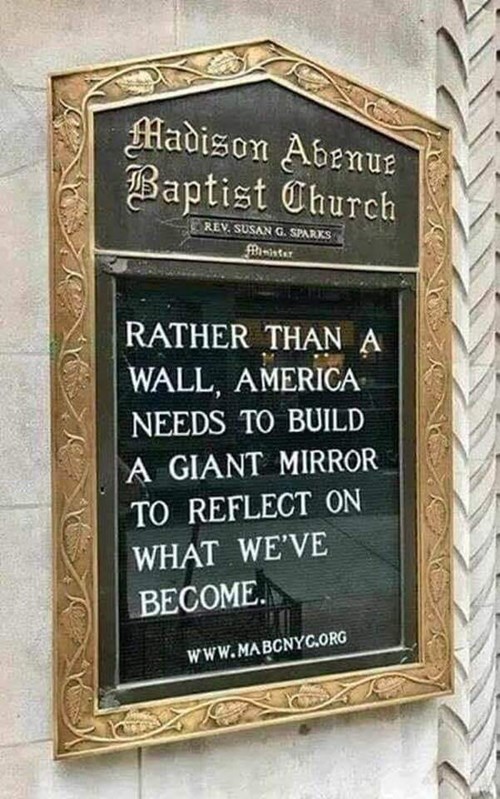 -- after Trump worked with Russia to rig the 2016 election--

he has been impeached for:

working with Russia to force Ukraine into helping in an attempt to rig the 2020 election. - DC Petterson 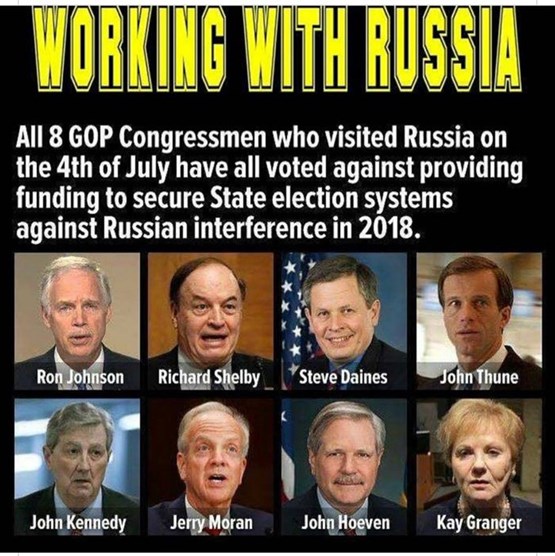 The Internet Has Nicknamed Rudy Giuliani, Rudy Jewliani
President Donald Trump's personal lawyer Rudy Giuliani claimed that he is “more of a Jew” than George Soros, a Jewish billionaire and Holocaust survivor, in comments reported Monday.


Remember when we could enjoy the holidays without a senile criminal president trying to make the whole country as miserable as he is? Adam Parkhomenko 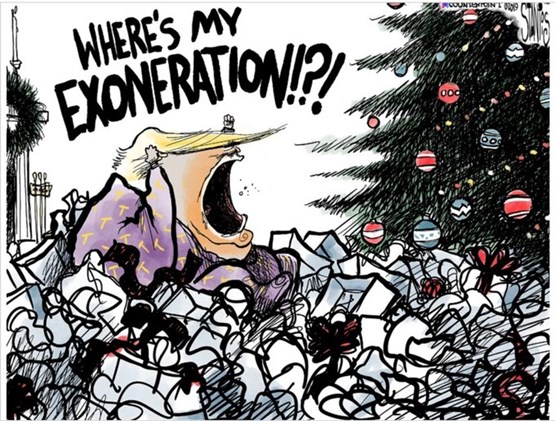 Lisa Murkowski is 'disturbed' with a corrupt Senate trashing the Constitution by rigging an impeachment to protect a corrupt president — almost to the point of doing something, y’all! - Mrs. Betty Bowers 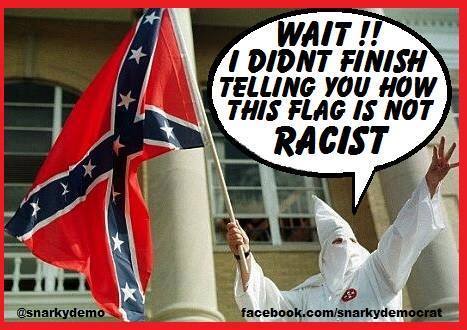 Class warfare at its ugliest:

Boeing’s former CEO gets up to $58.5 million after 346 passengers died on his watch.

Bloomberg - worth $54 billion - used prison labor on his campaign.

The Walton family – worth over $200 billion - denied holiday pay to its $11 an hour workers. - Warren Gunnels 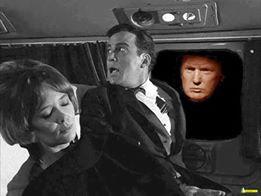 The House Should Impeach Trump As Many Times As He Deserves
House counsel suggests Trump could be impeached again.
The comment came in a filing with federal court that argues Democrats still need testimony from former White House counsel Don McGahn. 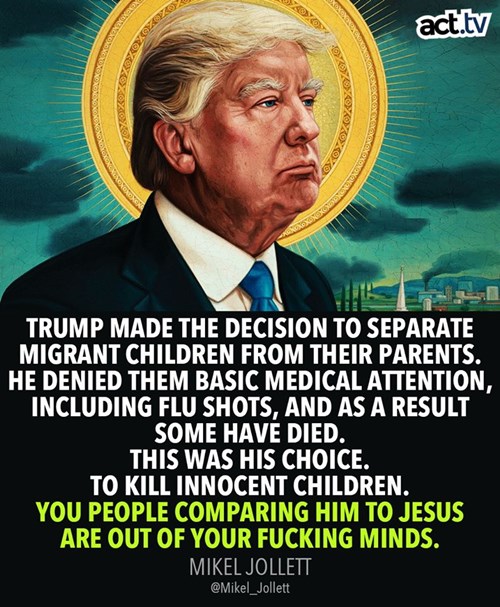 Keep Christ in Christmas?  Can we get Him back in Christianity first? - John Fugelsang 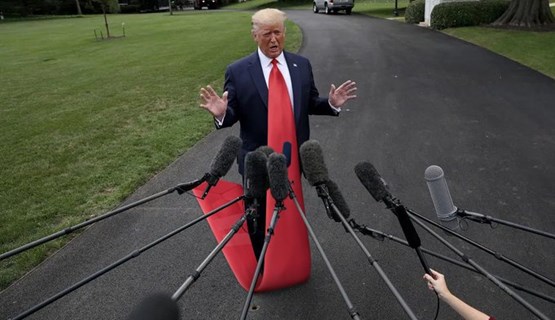 How do you get Trump to change a light bulb?
Tell him Obama put it there. - Travis Allen 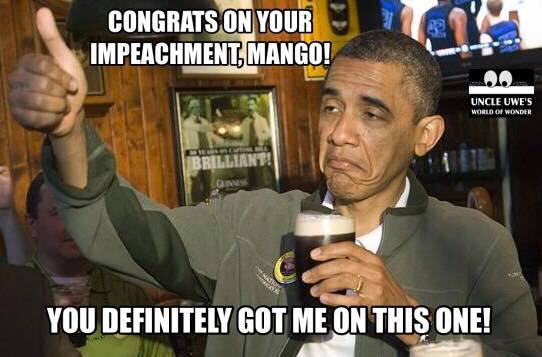 Mitch McConnell has already signaled he has no interest in a fair trial.
He’s preventing witnesses from testifying and all but announced a verdict. This isn’t a trial—it’s a cover-up. - Sen. Kamala Harris


Christian Post Editor Quits. Brave.
A former editor for The Christian Post said Thursday he had "no other choice" but to resign from his job after the Christian news website issued a strong editorial supporting President Donald Trump.
"When I was told this would be the position of the paper, of the news site, I said that's not something I can support," Napp Nazworth, who announced on Monday that he had resigned from The Christian Post, told CNN's Alisyn Camerota on "New Day." 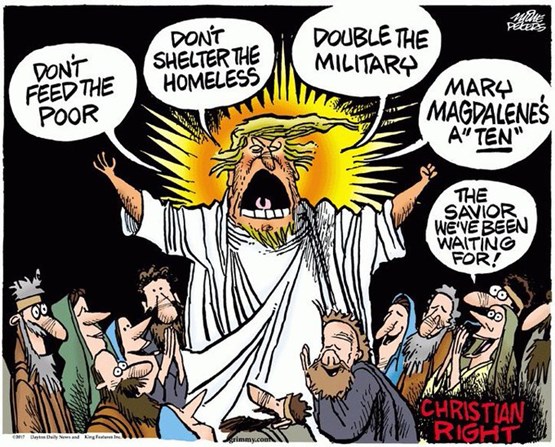 America: where we fight harder for cage free chickens than we do for children in cages. - irishrygirl 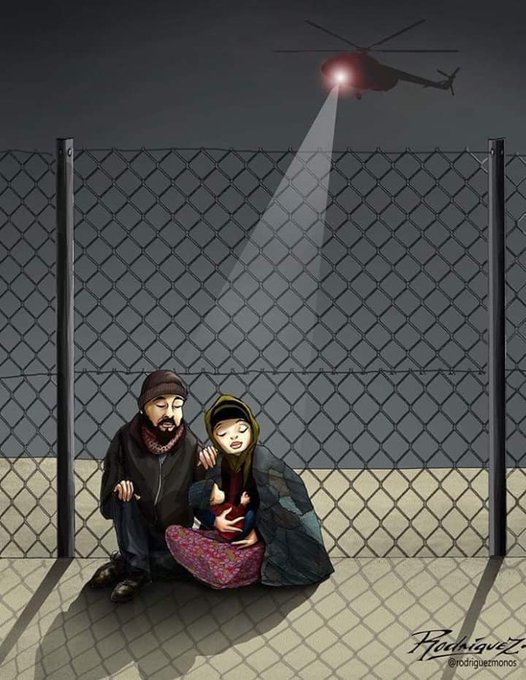 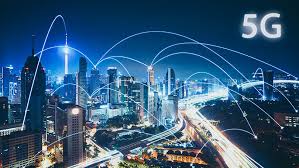 Oh Great, Something Else To Worry About
Deciding whether to pack an umbrella for a weekend away is going to get a lot more difficult in the near future. Next-generation “5G” wireless signals — promising faster, stronger cellphone service — are going to disrupt weather satellite forecasts, according to warnings by meteorologists, lawmakers, and federal science agencies. 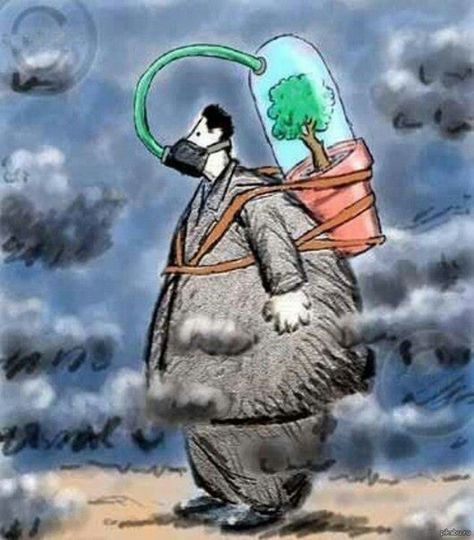 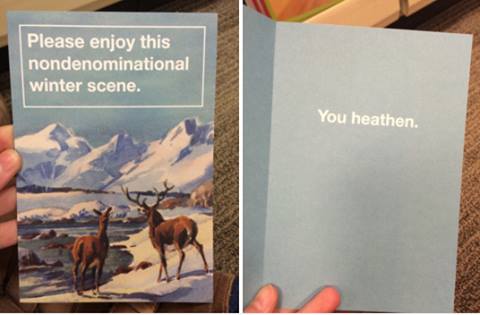 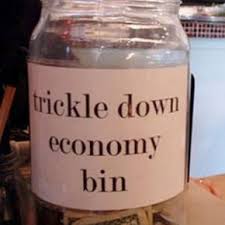