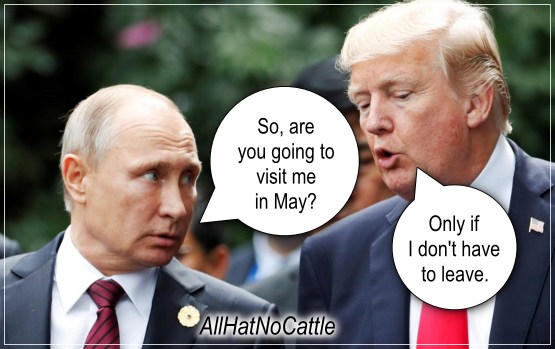 Trump says he's considering attending Russia's May Day parade
President Trump said Friday he is considering visiting Russia next year to attend its May Day Parade.
“I was invited. I am thinking about it. It is right in the middle of our campaign season,” Trump told reporters at the White House.


Trump said he might go to the May Day parade in Russia after being invited by Vladimir Putin.

Don't you hate it when that happens? You know, when your boss invites you somewhere and you feel obligated to go? - Nick Jack Pappas 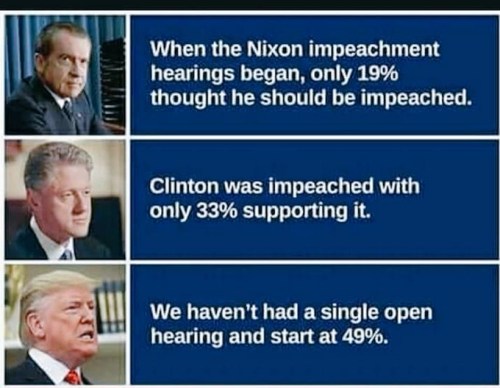 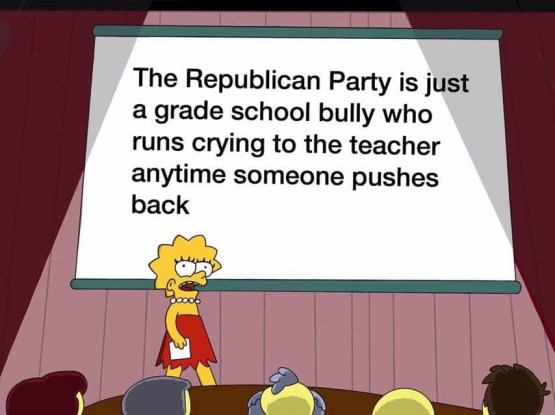 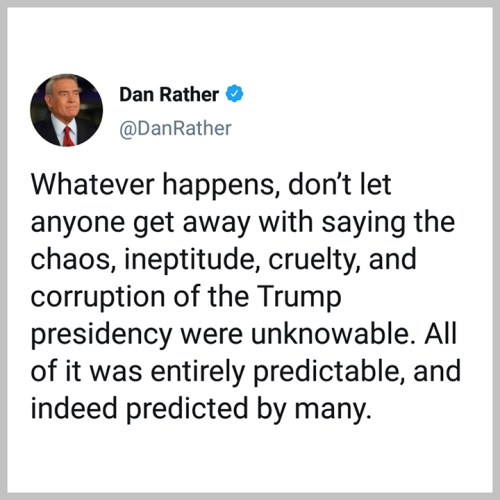 Imagine being stuck between Kanye and Tulsi Gabbard on a flight... “When I was in Iraq I—“ ‘Sorry Tulsi ima let you finish but, this is the best bag of peanuts I’ve ever had! Ima be a peanut farmer! Every pair of Yeezy’s is gonna come with a bag. Gonna call em Yeez Nuts! Genius!’ - Cyrus McQueen 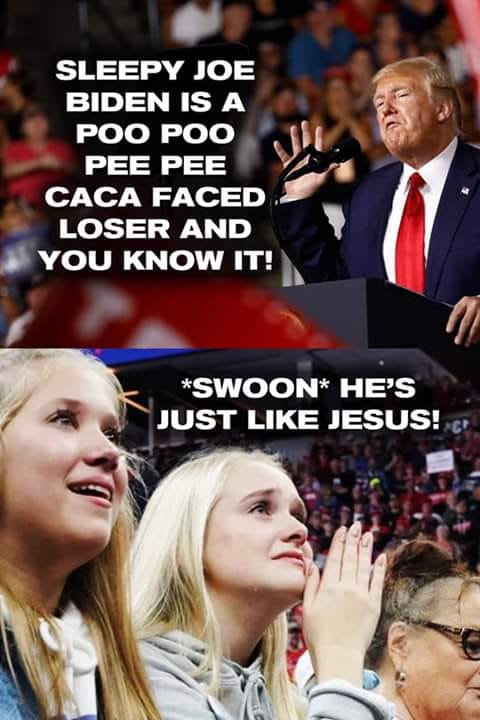 Al Franken and Katie Hill resigned from Congress for MUCH LESS.
Referee says he told Rep. Jim Jordan that Ohio State doctor performed sex act in shower. The referee said the response of Jordan and another former coach was, "Yeah, yeah, we know."


I don’t think the President is a big fan of public transportation... except when looking for buses to throw people under.- Dan Rather 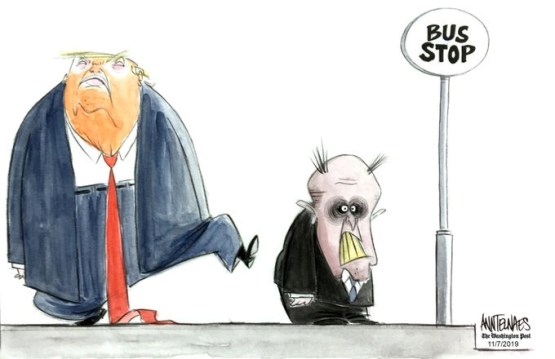 Hey kids. I'm in my 60s. You've never lived in an America where the rich paid their fair share. I have. Let me tell you what that was like:

* We cut the poverty rate

* We lead the world in technology

* WE WENT TO THE FUCKING MOON - Jeff Tiedrich 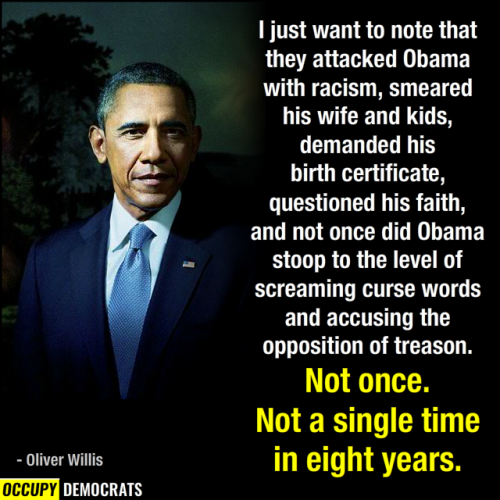 More Transcripts Released In The Drip Drip Drip Strategy
House Democrats on Friday unveiled new details in their impeachment investigation by releasing the interview transcripts from two national security officials who testified about President Trump’s contacts with Ukraine.
The release of the depositions — providing verbatim exchanges from last month's private interviews with Lt. Col. Alexander Vindman and Fiona Hill — cap a week in which Democrats have made public several witness transcripts in an effort to keep the attention on their impeachment inquiry even as multiple witnesses have refused to appear. The public phase of the probe is slated to begin next week. 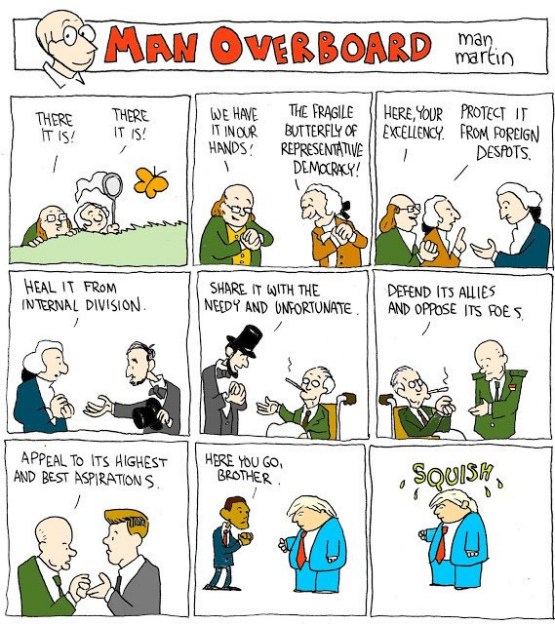 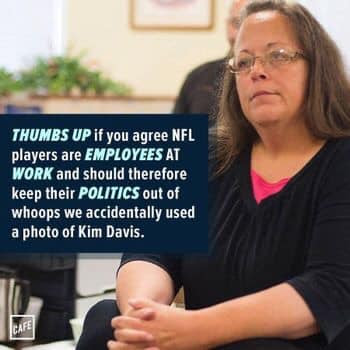 Cockroaches Feeling Very Optimistic About Future Of Planet  - The Onion 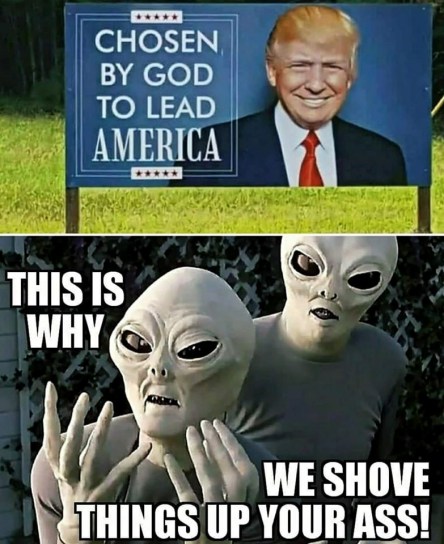 EPA Being Investigated For Destroying Documents
The Environmental Protection Agency’s inspector general is investigating whether chief of staff Ryan Jackson was involved in destroying internal documents that should have been retained, according to two people familiar with the matter.


James Dean is being resurrected by CGI to appear in an upcoming movie. Don’t ever let anyone tell you things have gotten more difficult for white guys in Hollywood. Even dead ones can still get a job.- Bette Midler 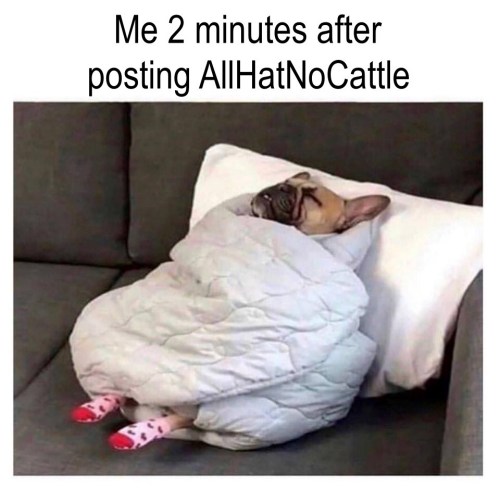 Hi friends and followers, could you please kick in a buck or two? 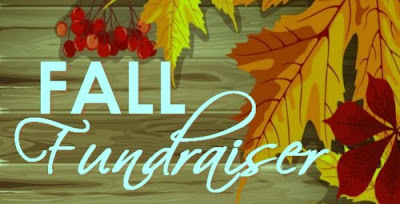