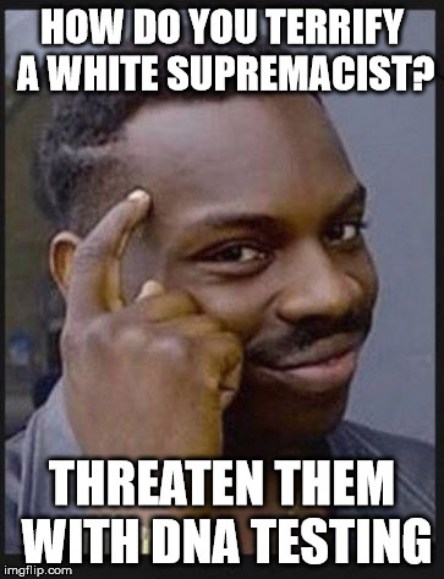 White supremacists infiltrated farmer’s market — leaving shoppers and farmers terrified
While mulling about the bundles of kale and baskets of fresh peaches, some farmers’ market shoppers are dodging fear and protests from white supremacists who are bringing their racism to another gathering place.


You're proud of your skin color? Congratulations. That's some achievement. - Kona Lowell 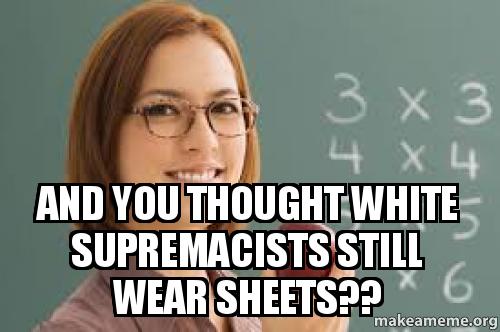 Not to be outdone by Jeffrey Epstein—who owned his own island—Donald Trump set his sights on Greenland... - Elle DeSylva 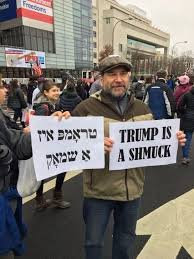 Teachers & Guns
An Iowa town hall grew contentious on Saturday after Sen. Joni Ernst (R-Iowa) responded to a question about school shootings with an answer emphasizing the need to deal with mental illness.
Responding a question from a teacher who detailed her training for active shooter situations and then asked when she could get back to training children to read and write


Denmark Offers To Buy United States“We believe that by giving the U.S. an educational system and national health care, it could be transformed from a vast land mass into a great nation,” a Danish spokesperson said. - Andy Borowitz 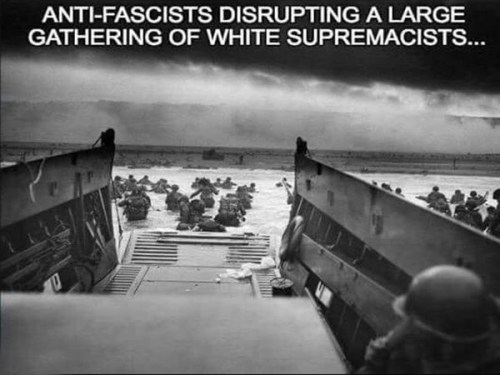 
Obtuseness is a Trump family characteristic

When the recipe call for exactly 3 tears of refugee children 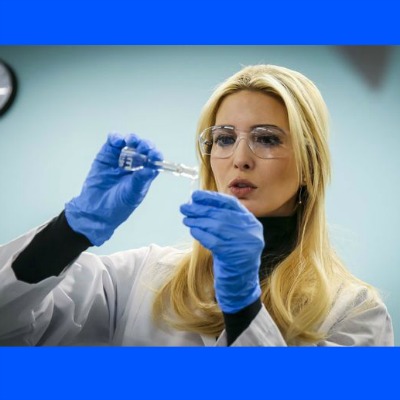 The Architect of White House Racism
Stephen Miller, an architect of many of the White House’s harshest immigration policies, said in a new interview that he felt a “jolt of electricity to my soul” when President Trump announced his candidacy. 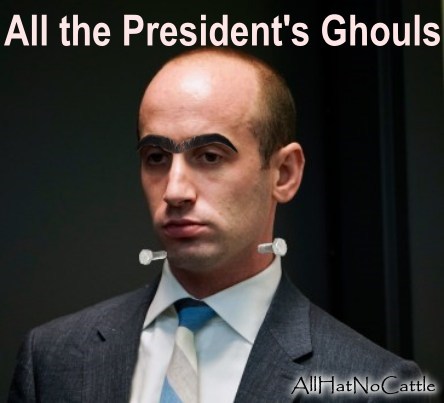 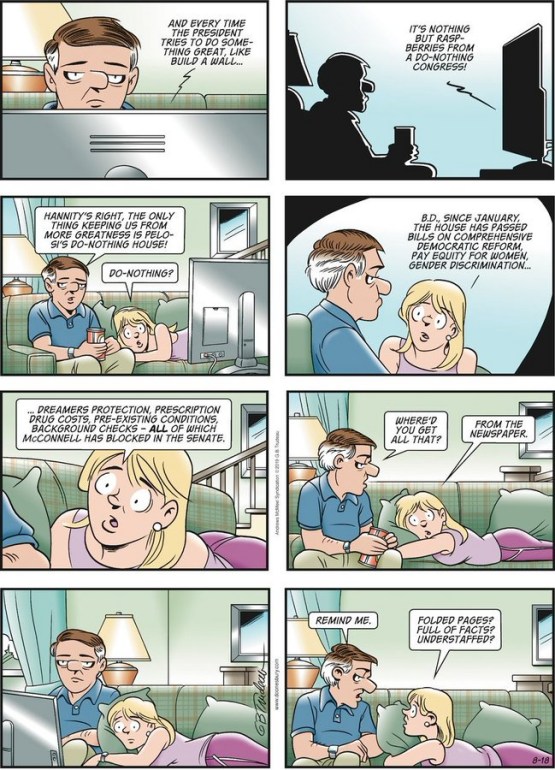 Might things change if all the energy being spent on nonsense about Area 51 were spent reading American History? - Jimmie von Tungeln 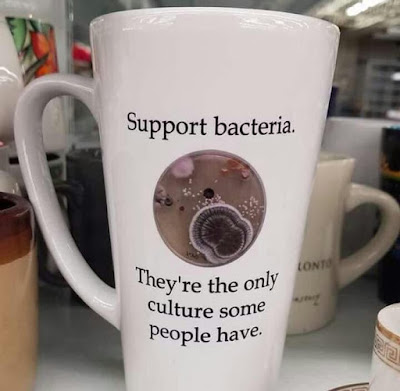 If by a Liberal they mean someone who looks ahead not behind, someone who welcomes new ideas without rigid reactions.Then I am a Liberal. - John F. Kennedy 1960

It's Official. Epstein Offed Himself
The New York Times reports that accused sex trafficker Jeffrey Epstein tied his jail bed sheet around his neck and used it to hang himself, breaking several bones in the process, while in federal custody at the Metropolitan Correctional Center. 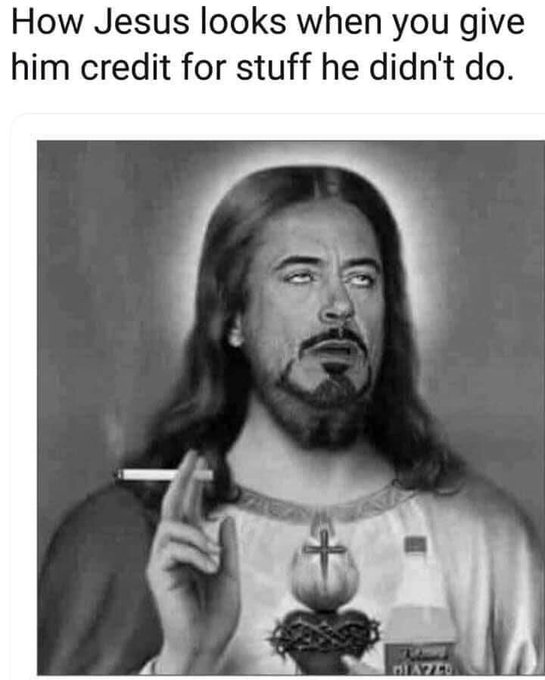 The difference between Donald Trump and Greenland? Greenland is not for sale. - Sen. Amy Klobuchar 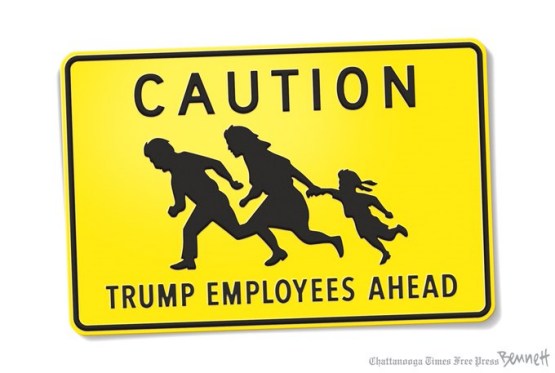 Trump's War On Transgenders
Donald Trump's administration has told the Supreme Court that transgender workers are not protected by federal civil rights law and can be fired because of their gender.
The US government is arguing workers should only be protected from discrimination based on their “biological sex”, court filings have revealed.


Our waitress was giving us a attitude and my 9 year old sister said “first off I ordered crab legs, not your attitude.” LMAOOO - gym leader khy tweet 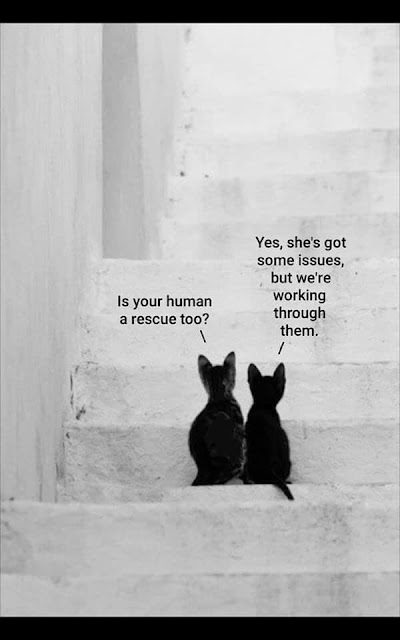 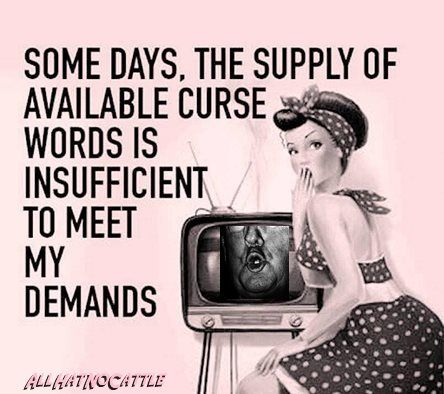