Happy Friday the 13th Trump! Don't walk under any ladders! 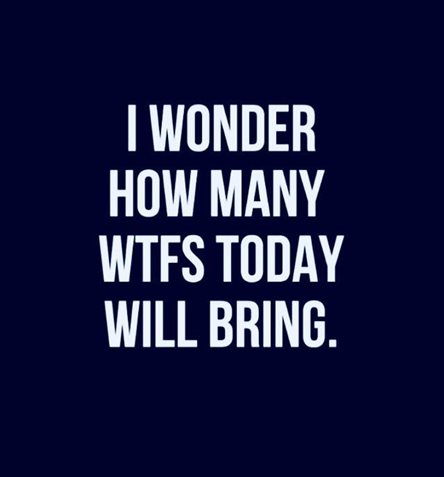 Trump blasts Comey as an 'untruthful slime ball' after book revelations
Trump's tweets come a day after excerpts from Comey's forthcoming tell-all paint a devastating picture of the president as a liar divorced from reality.


We’ve reached a point in the country where it being Friday the 13th is the LEAST of our concerns. - Brian Balthazar 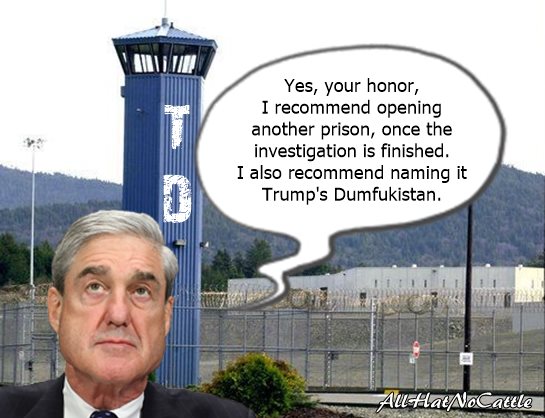 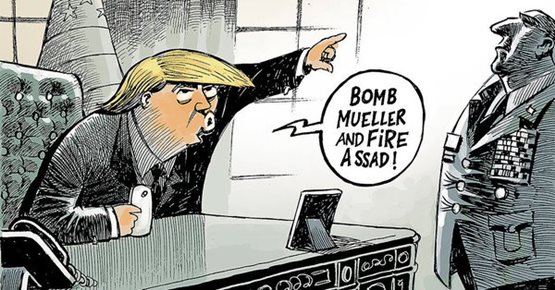 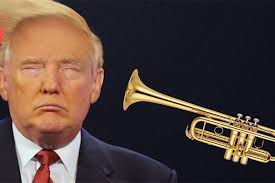 REVENGE SHALL BE MINE Sayeth The Trumpet
President Trump pardoned Scooter Libby, who was convicted in 2007 of obstructing justice, perjury and lying to the FBI.
Libby, chief of staff to then-Vice President Dick Cheney, was a central figure in the leaking of covert CIA agent Valerie Plame's identity.
The special prosecutor in the Plame case, Patrick Fitzgerald, was appointed by then-Deputy Attorney General James Comey, whom Trump fired last year as FBI director. 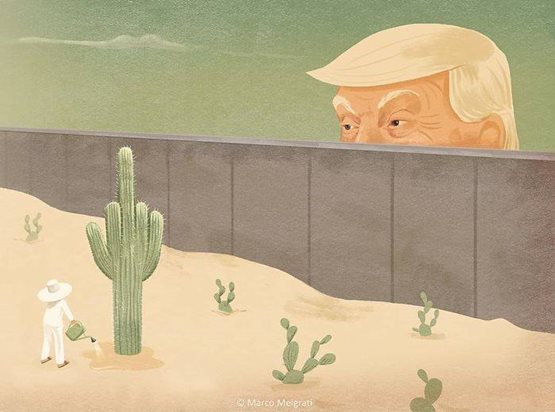 Trump’s connection at the National Enquirer is a guy named David J. Pecker?
You really can’t make this stuff up. - John Dingell 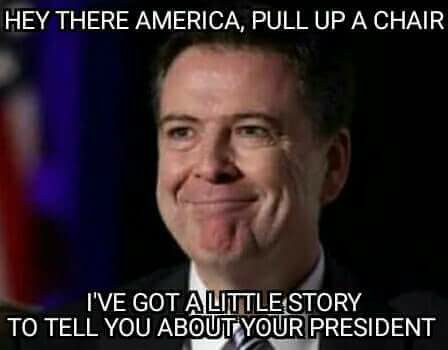 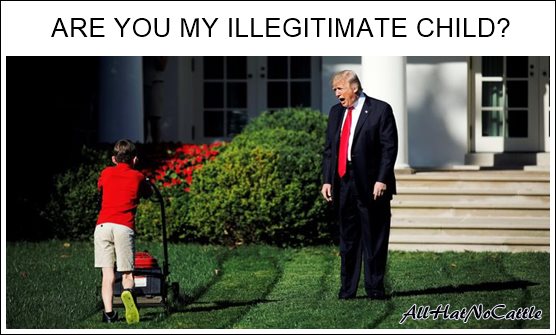 
I think we can all agree Michael Cohen is the worst “fixer” seeing all his buried skeletons keep resurfacing. - irishygirl tweet 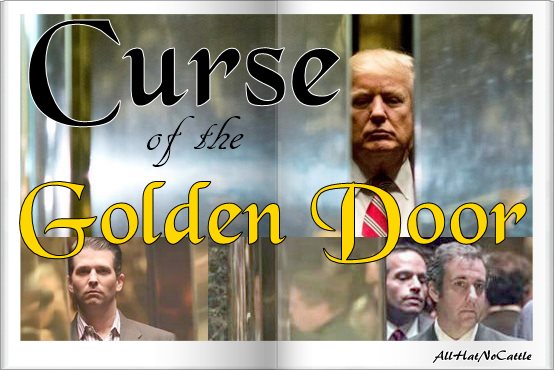 Sorry/not sorry but I ain’t pinning a medal on Comey’s chest for penning a tell-all about the mess he helped make. - The Hoarse Whisperer 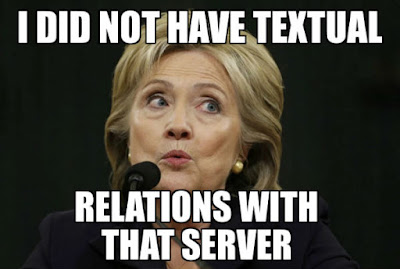 This would be a good time to remind the sane people that Caligula Kardashian's official reason for firing James Comey at the time was Comey's unfair treatment of Hillary Clinton. -John Fugelsang 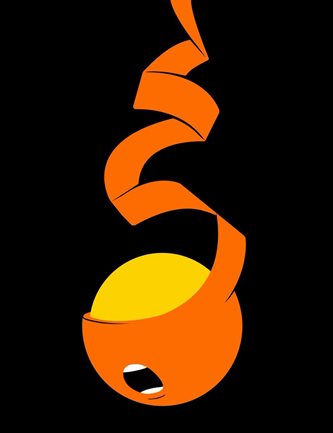 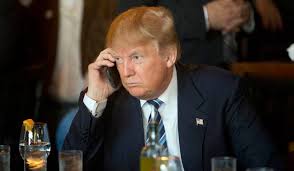 Oh My. There Are Recordings?
Donald Trump's personal attorney often recorded telephone conversations both before and during the 2016 presidential campaign that likely have been scooped up in the FBI raid on attorney Michael Cohen's apartment, office and hotel room, according to sources familiar with the matter. 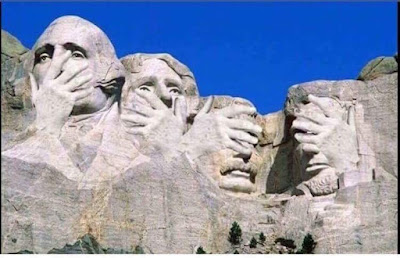 The National Enquirer paid $30,000 for a story about President Trump having a love child but then buried the story. The Enquirer said, "We did it to protect the child from finding out his father is Donald Trump." - Conan ='Brien 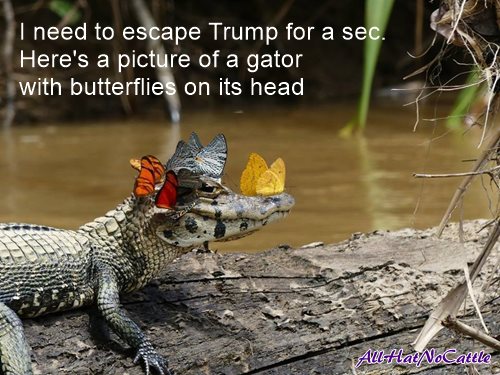 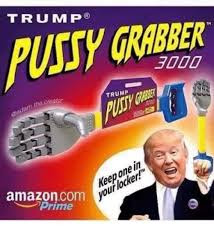 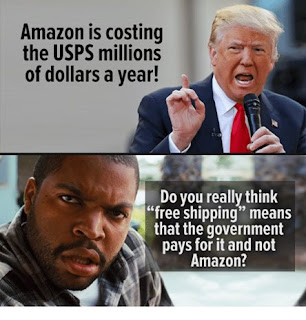 Trump versus Amazon
President Trump stepped up his long-running battle with Amazon, ordering a federal task force to investigate the Postal Service's finances.
The executive order issued late Thursday night does not mention Amazon by name, but Amazon is the subtext.


Jeff Bezos, the founder of Amazon, said that he had “absolutely no idea” how the ten thousand Comey books made their way to the White House, but advised Trump to follow the procedures on the Amazon website for returning unwanted merchandise.- Andy Borowitz 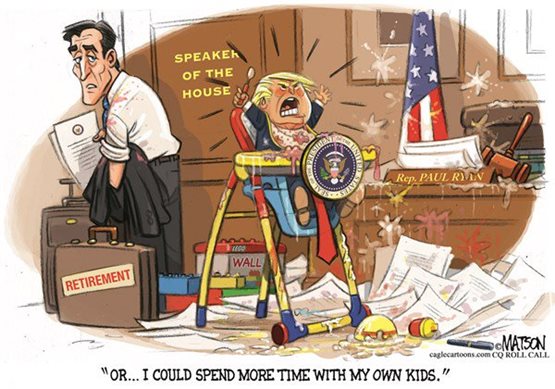 You can't have everything. Where would you put it? - Steven Wright 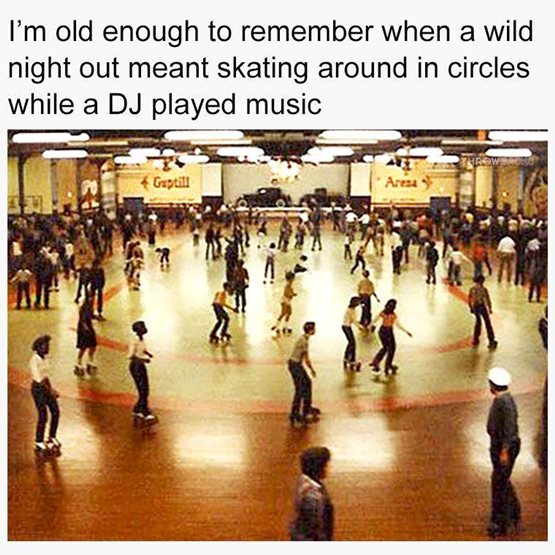 I hope you had a good time today.