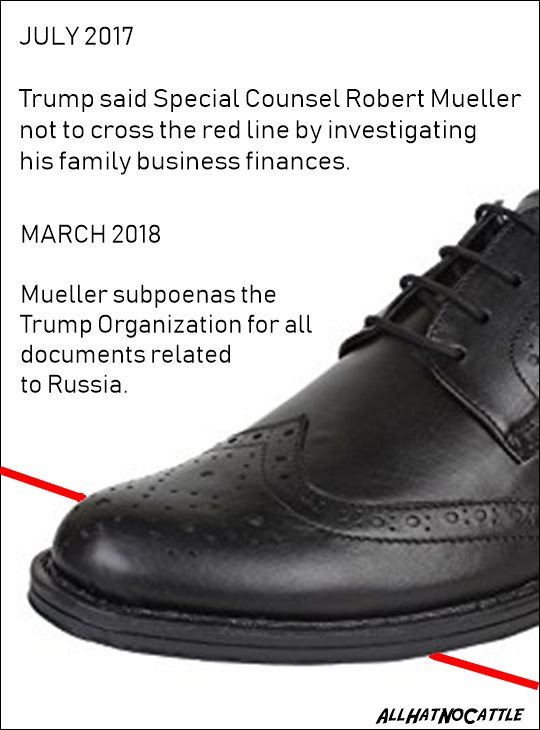 
Well, that's the end of "I'm not under investigation."
Even if he's the last one to admit it. - Amy Siskind 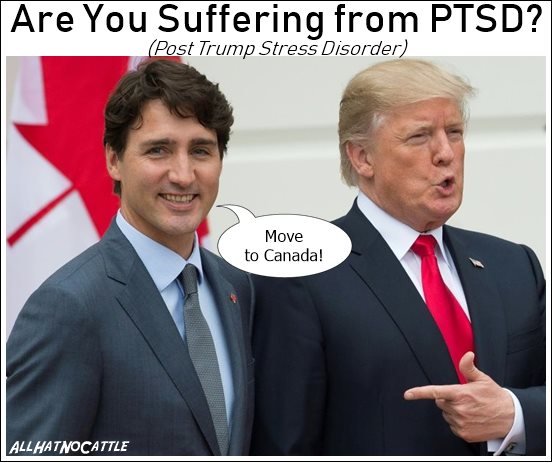 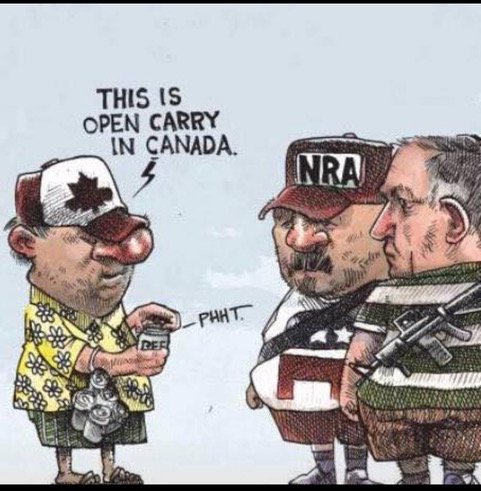 Well, congratulations to everyone who had Rex Tillerson in their office pool. President Trump has fired Rex Tillerson, his secretary of state, which I think means the only remaining White House staffers are Mike Pence and a Roomba.- Seth Myers 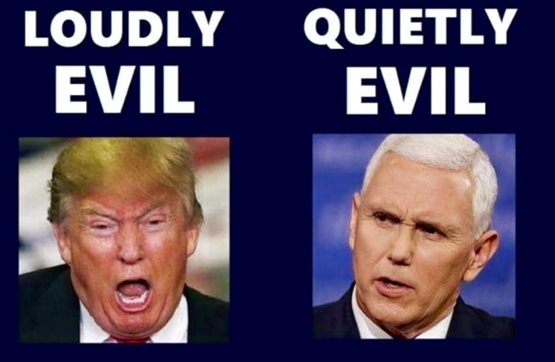 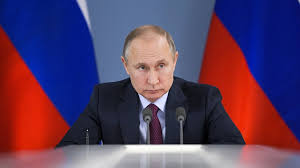 Wait. What? Trump Puts Sanctions On Russia.
The Trump administration announced Thursday it is enacting new sanctions on Russia, including individuals indicted last month by special counsel Robert Mueller, in a sweeping new effort to punish Moscow for its attempts to interfere in the 2016 US election.
The measures come a month-and-a-half after the administration missed a congressionally mandated deadline to impose the new sanctions, which led to questions over President Donald Trump's willingness to punish Moscow for its cyber intrusion. 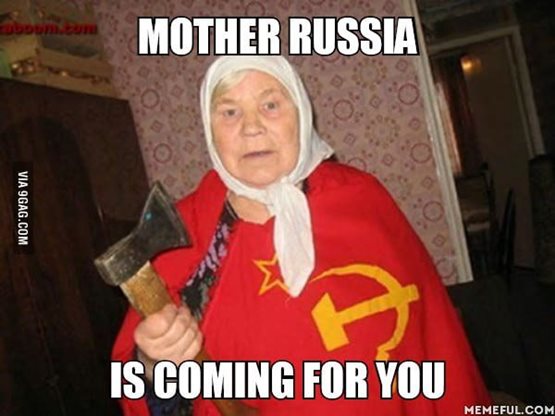 Under President Trump, abstinence-only education is making a comeback. Or as Trump told teenagers, “Do as I say, not as I paid someone $130,000 to shut up about my doing.”- Conan O'Brien 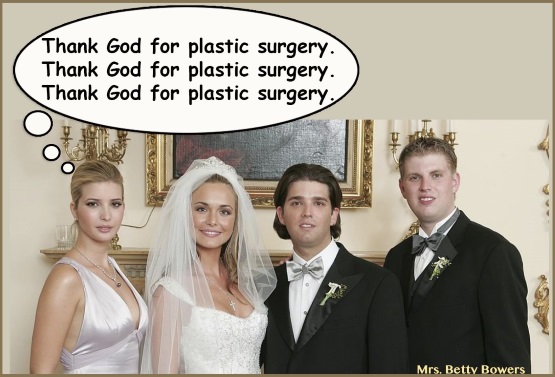 What Fresh Hell Tennessee?
A Tennessee state House committee on Wednesday refused to vote on a resolution to denounce neo-Nazism, white nationalism and the alt-right as terrorist organizations.


It's 2018. Germany has a zero tolerance policy for Nazis and the US won’t even classify them as terrorists. The republigorgons have dragged us into the Upside Down. - OhNoSheTwint 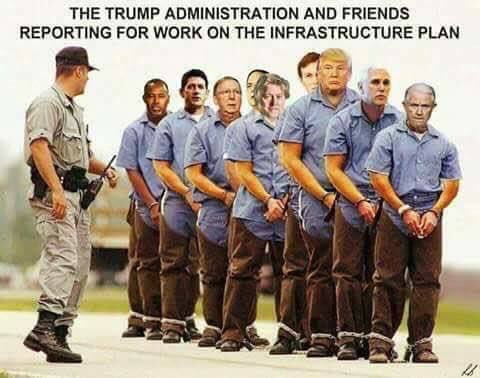 President Trump announced on Twitter that he fired Secretary of State Rex Tillerson. People said, “Can you believe that he was so disrespectful to a secretary of state?” Then Hillary Clinton said, “Yes, actually, I can.”- Jimmy Fallon 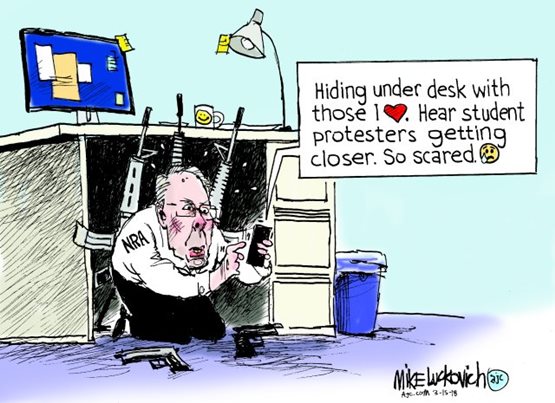 Senators, I must respectfully ask,
If the 17 brave eagles at my school who lost their lives to a gunman wielding an assault rifle were a dog on an airplane, would you finally talk about guns? - Cameron Kasky


I Wonder What Barron Trump Thinks About Yesterday's School Walkout
The Maryland private school that President Trump’s son Barron attends joined other schools on Wednesday to push the president for "robust" measures to stem gun violence. 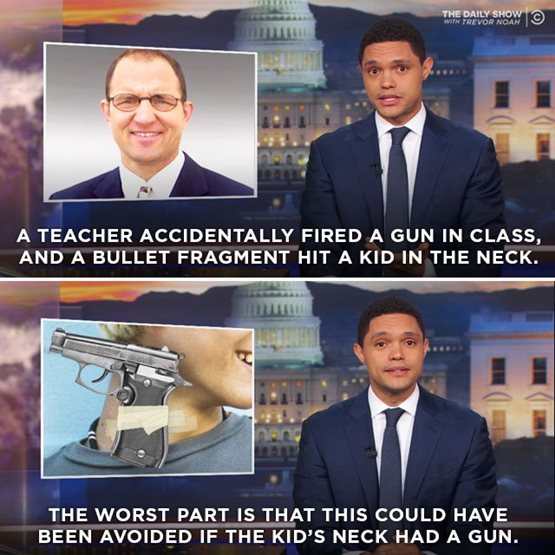 The Trump White House is proof that America's become a mob restaurant & it's being burned down for the insurance $. -John Fugelsang 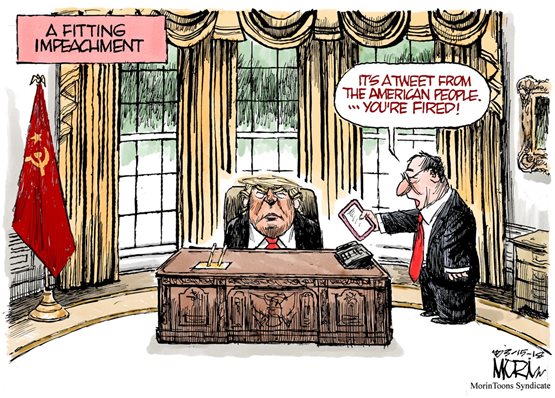 We would like to apologize for our extremely dumb American president. Yes, he did say “space force.” No, he doesn’t know what he’s talking about. Please know that we are working to address this problem.

Your patience is appreciated. 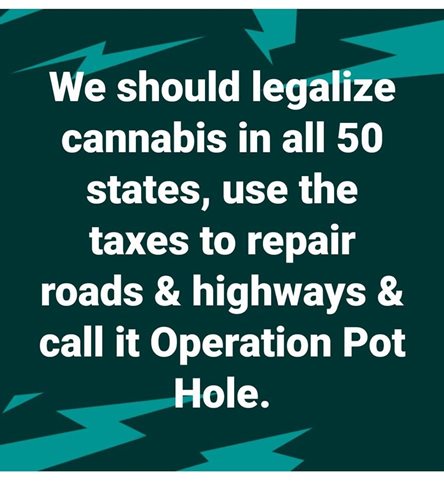 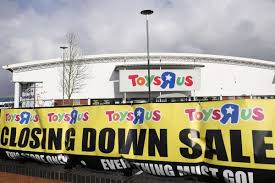 Toys weRe Us
Toys R Us, the toy superstore chain that became a dream factory for kids nationwide, said in a U.S Bankruptcy Court filing early Thursday that it must liquidate, a move that will likely lead to the closure of all its stores and sale of remaining merchandise.


53 years ago today LBJ introduced Voting Rights Act before joint session of Congress & said, "It is wrong — deadly wrong — to deny any of your fellow Americans the right to vote." It was known as "We Shall Overcome" speech, one of greatest ever by US president. - Ari Berman 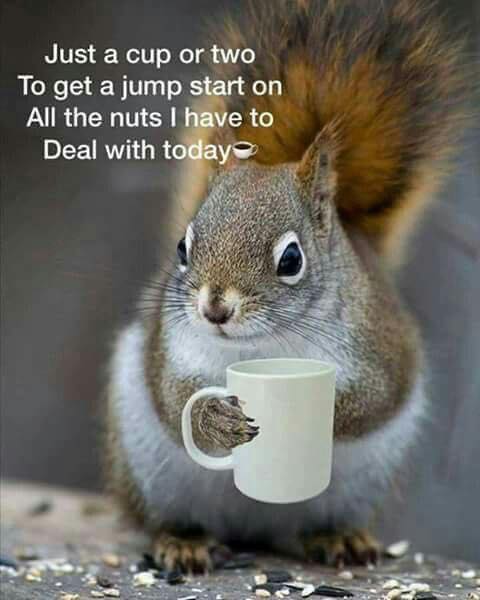 It's hard hard work putting AllHatNoCattle together
but someone has to do it! 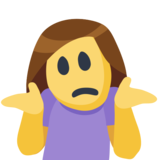